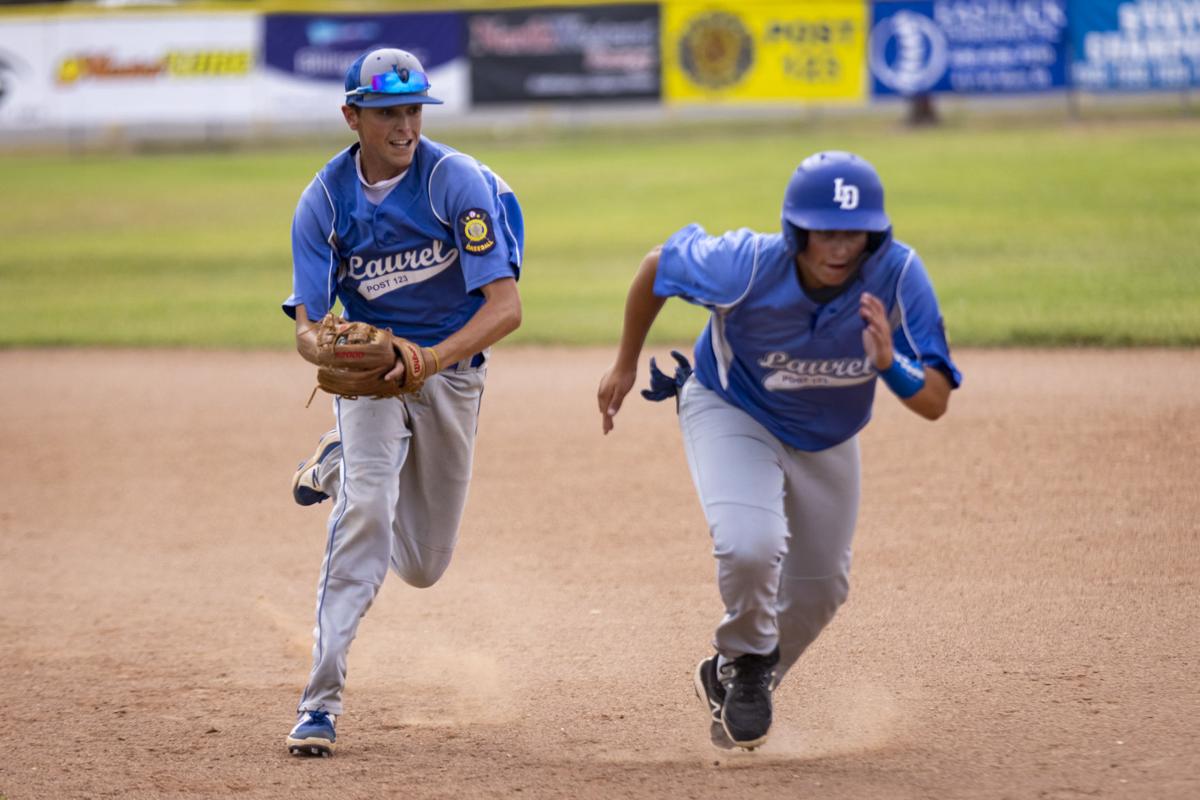 Laurel's JD Ketterling chases down teammate Kyle Berube, who is caught in a pickle, during a drill at the Dodgers’ practice on Wednesday at Thomson Park. 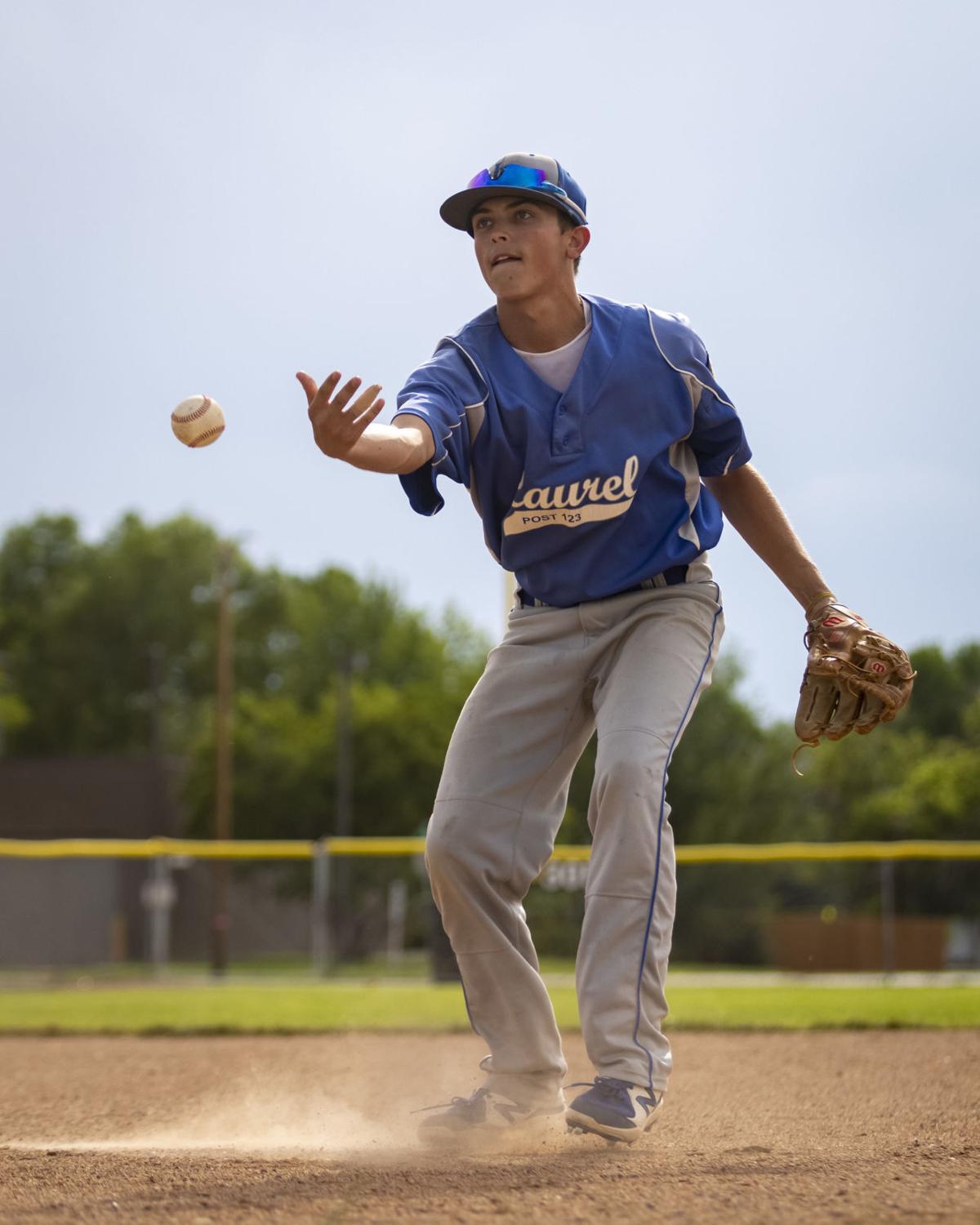 The Laurel Dodgers’ JD Ketterling tosses the ball to a teammate during a drill at the Dodgers’ practice on Wednesday at Thomson Park.

LAUREL — As the weather has warmed up, so have the Laurel Dodgers.

After starting the American Legion baseball season 2-11, when the calendar hit June 1, all the hard work and practice in the early spring began to pay off.

Laurel has played to a 21-5 record since the beginning of June, including winning the Cloninger Classic in Helena with a 7-6 championship game victory over the Great Falls Chargers A team on June 27.

“Pitching and defense and the old adage of timely hitting,” said Laurel eighth-year coach Doug Studiner of the keys to Laurel’s turnaround. “We struggled in May hitting. We pitched decent, but couldn’t hit. Credit to the other teams. … We’re still not tearing the cover off the ball, but we are getting the timely hits and pitching.”

The Dodgers hope to continue to sharpen their skills and to improve as the Eastern A District tournament approaches July 22-25 in Glasgow.

The top two teams at the District tourney will advance to the State A tournament July 29-Aug. 2 in Havre.

Senior Jaxon Wittmayer, a pitcher and outfielder and one of Laurel’s captains, said winning the Cloninger tourney was a good building block for the Dodgers. Laurel posted a 4-0 record in Helena.

“It gave us some experience leading to Districts,” Wittmayer said. “It was good for the younger guys to get that feel.”

Wittmayer — who bats leadoff and leads Laurel with a .429 batting average, a .547 on-base percentage, 11 doubles, seven triples, and 55 runs — said the Dodgers have grown as a team this year.

“We are staying within ourselves and believing in our teammates and letting the baseball take care of itself,” he said. “We’re having fun out there.”

Captain Richie Cortese is second on the team with a .425 batting average, nine doubles and 40 runs. He leads the Dodgers with four home runs and 57 RBIs. Cortese bats third in Laurel’s lineup.

Cleanup batter Ricky Temporal, a super senior, has a .358 average, is second in RBIs with 43, third in doubles with eight and is tied with Cortese for second on the club in triples with two.

Cortese said the Dodgers learned valuable lessons during their stumbles early in the season.

“I knew we had potential,” Cortese said. “A lot of people had to step up. It took a little longer, but that’s OK. There’s a lot of lessons that came with that and if we didn’t go through it, we wouldn’t be the team we are right now.”

Laurel will play at the Roughrider Tournament in Dickinson, North Dakota, Thursday through Sunday.

Entering the tourney, Laurel players are believing in themselves.

“Confidence has been way up for everyone,” Bauer said. “Even some of our players who don’t always see the field have confidence when they do see it and know there is support behind them.”

With the hot temperatures continuing, and the Dodgers on a roll, don’t be surprised if Laurel keeps on finding a way to win.

Laurel's JD Ketterling chases down teammate Kyle Berube, who is caught in a pickle, during a drill at the Dodgers’ practice on Wednesday at Thomson Park.

The Laurel Dodgers’ JD Ketterling tosses the ball to a teammate during a drill at the Dodgers’ practice on Wednesday at Thomson Park. 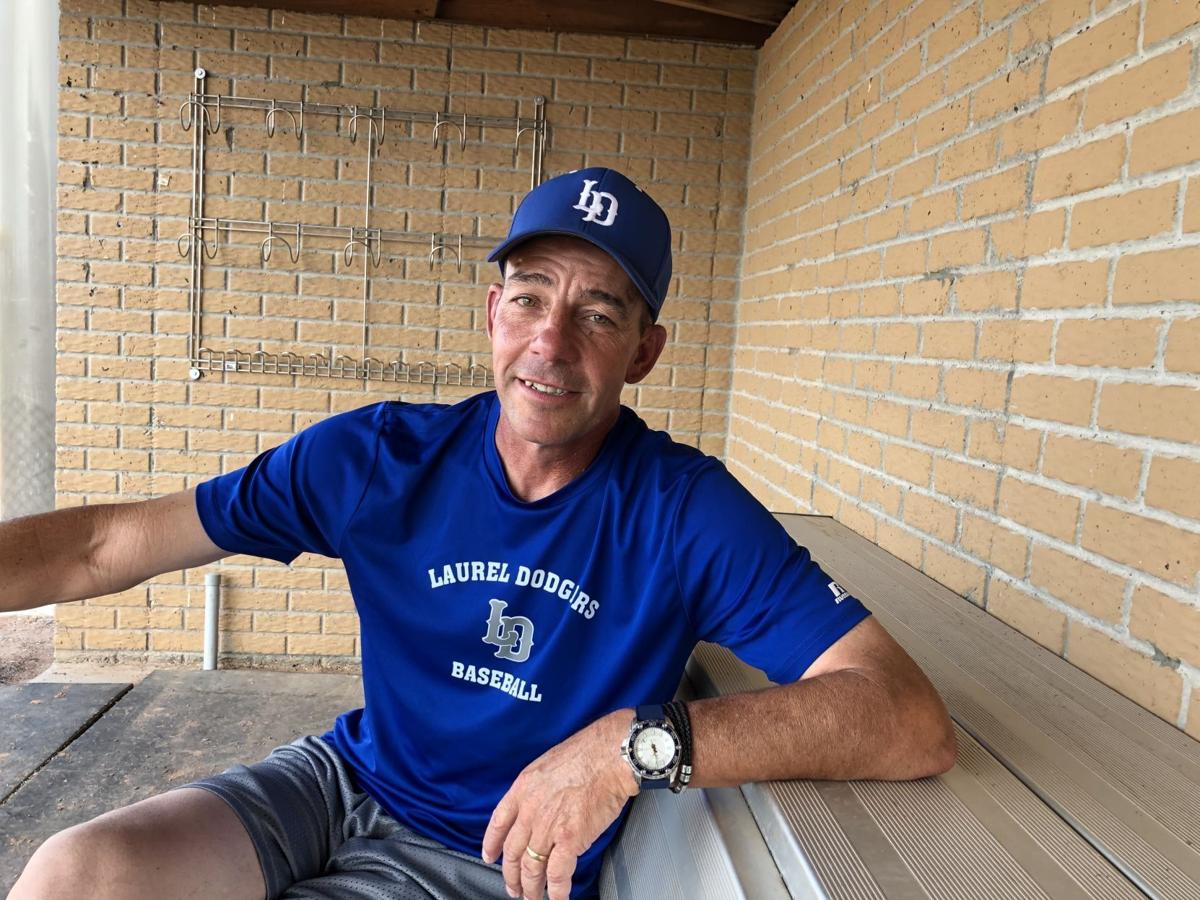