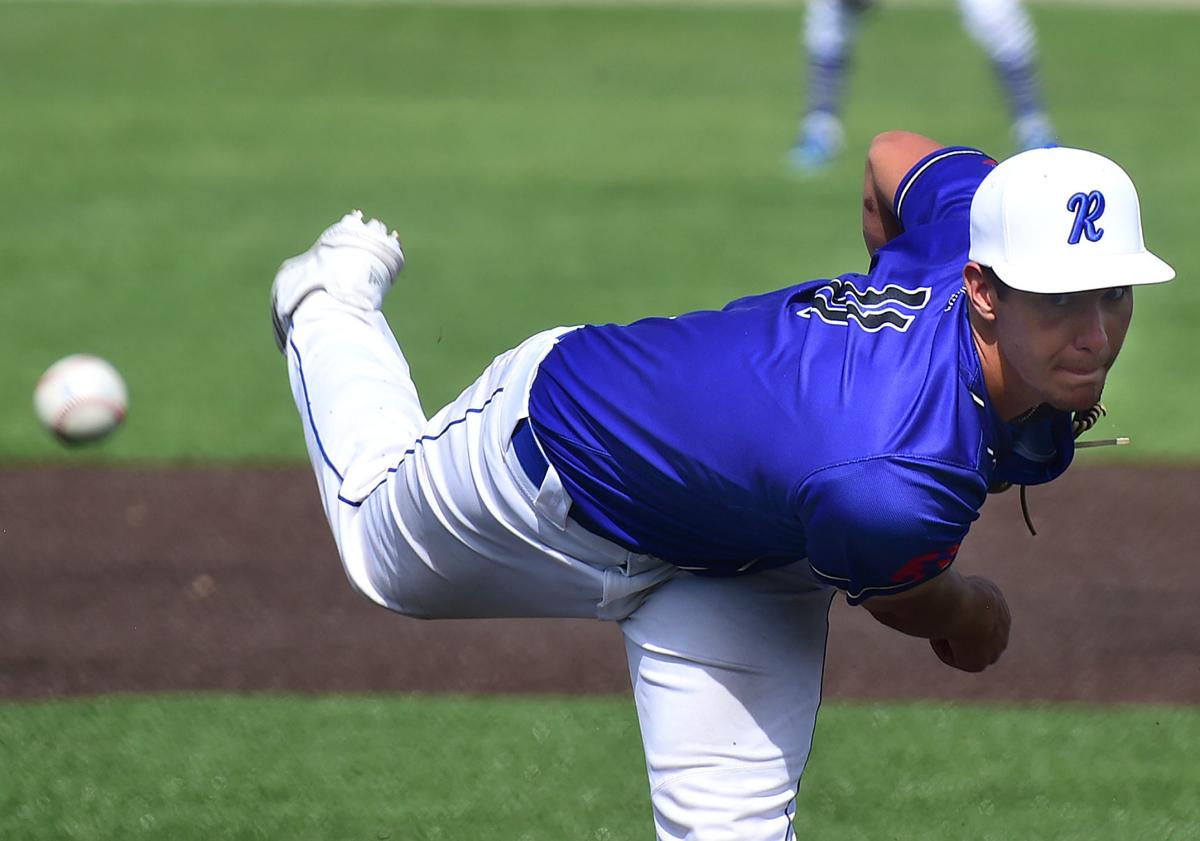 The Billings Royals' Brendan Concepcion pitches against the Billings Scarlets at Pirtz Field on Sunday. 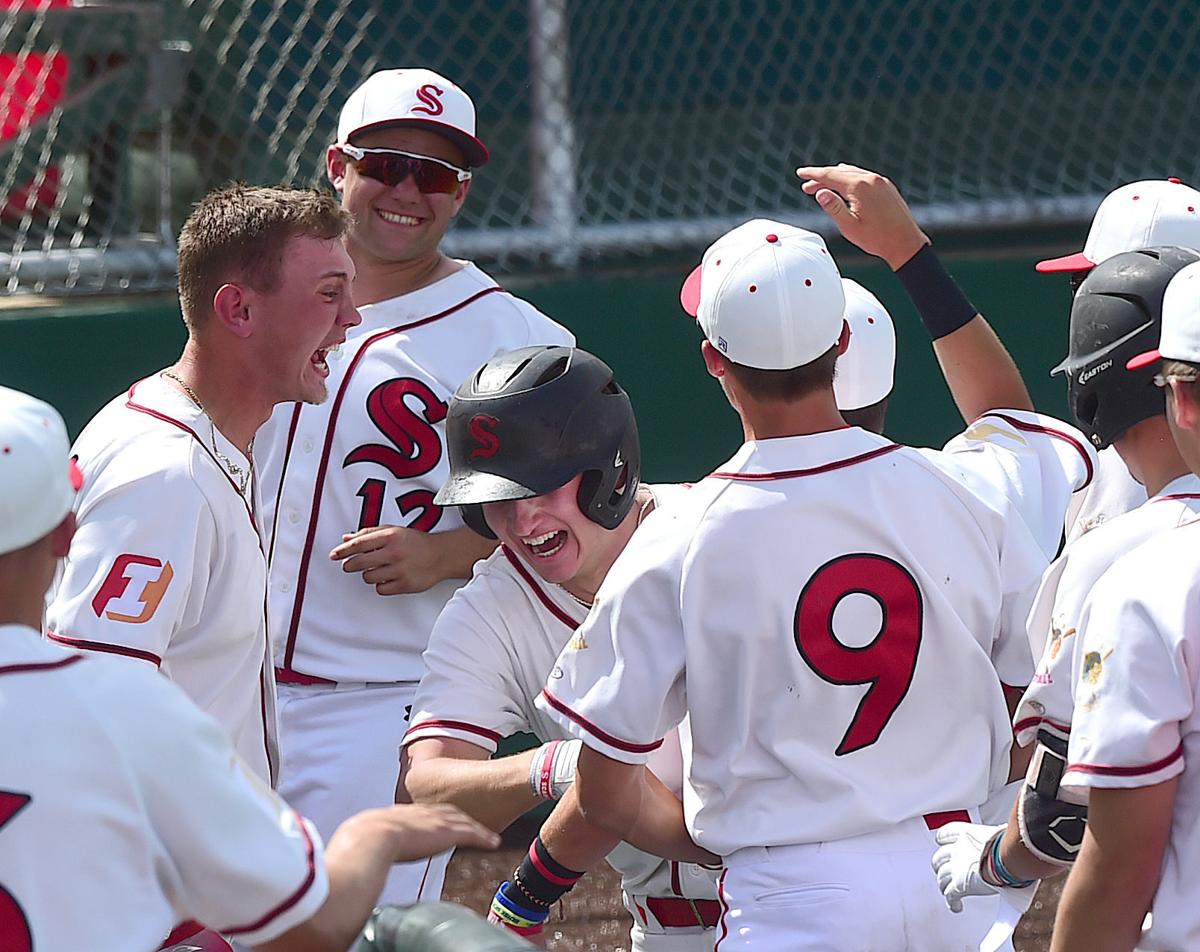 The Billings Scarlets celebrate after scoring a run against the Billings Royals on Sunday at Pirtz Field. 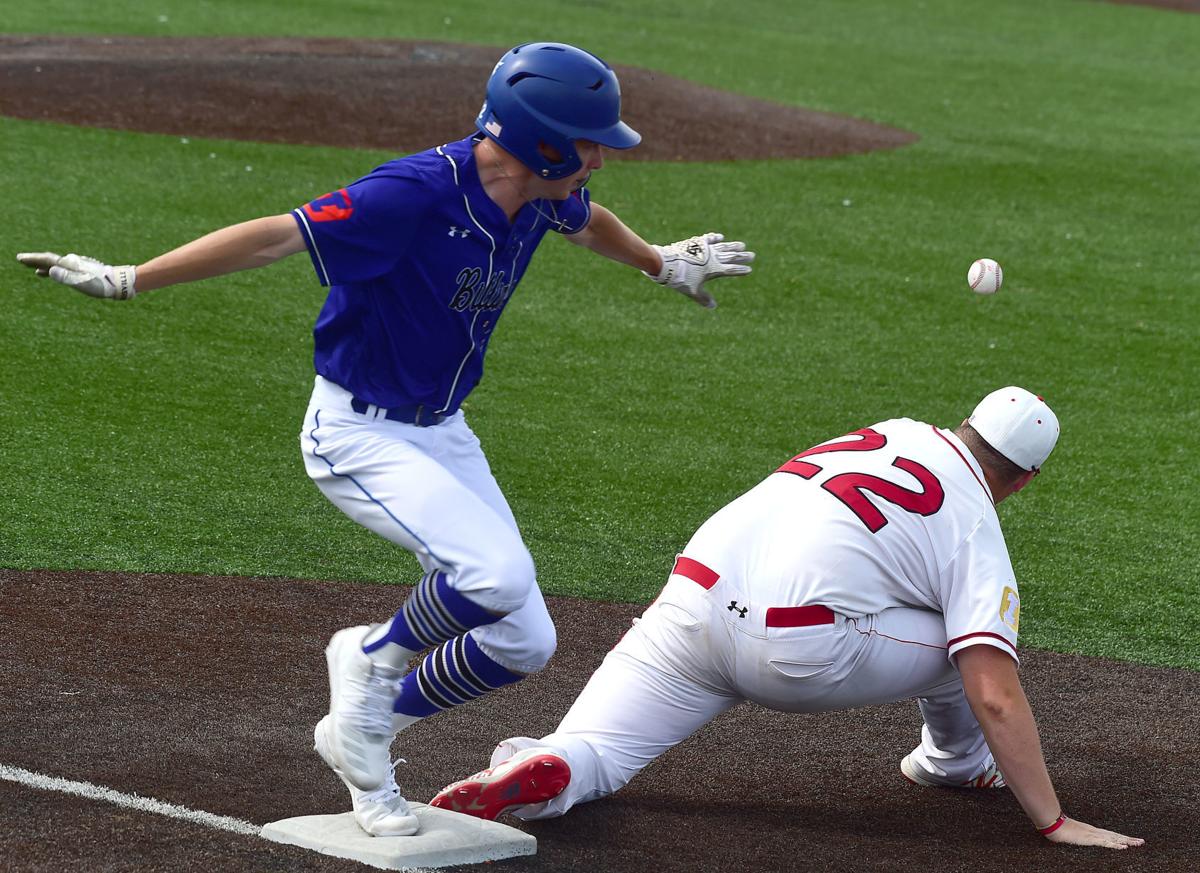 The Billings Royals' Noah Aufdengarton is safe as the Scarlets' Andruw Brester reaches at first base Sunday at Pirz Field. 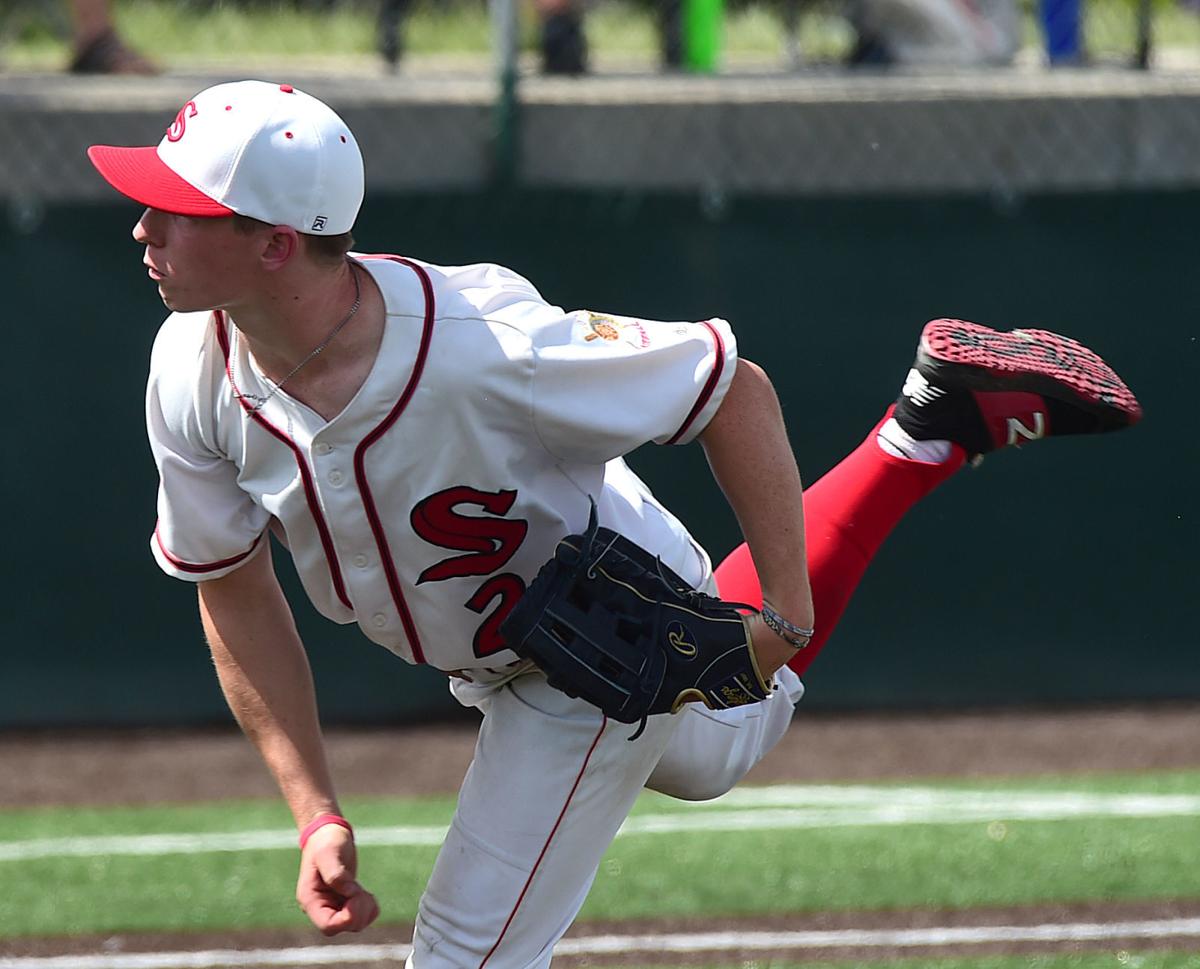 The Billings Scarlets' Nathan Dewar pitches against the Billings Royals at Pirtz Field on Sunday.

BILLINGS — It was a typical opening weekend, except for the fact that everyone seems to be more grateful than ever to have the chance to run the bases, track a fly ball and connect with a fastball.

After fearing for a lost season due to the novel coronavirus, the Billings Royals and Billings Scarlets are thankful to once again be playing American Legion baseball. And after their first weekend of play, the Royals and Scarlets are both batting .500 to start the 2020 season.

In a game in which neither team backed down from the other, the Royals rallied from a four-run deficit to down their crosstown rivals 14-10 at sunny and warm Pirtz Field Sunday, on a day that seemed perfect for baseball, with plenty of enthusiastic fans.

Both Billings teams are now 2-2 overall and 0-0 in conference after a Saturday and Sunday round-robin at Pirtz with the Missoula Mavericks.

The Scarlets started the day with a 3-1 victory over Missoula for a two-game sweep of the Mavs, including a 3-2 win on Saturday.

The Royals and Scarlets opened the season with the first game of the tripleheader on Saturday. The Royals won 11-1 in six innings.

Legion baseball was only recently given the green light to start practicing and then playing games as Montana works to reopen after social-distancing measures were employed due to the coronavirus pandemic.

“I’m really grateful we have a season this year,” said Brady Uhren of the Royals, who tripled, singled, plated three runners, scored three runs and pitched the last three innings vs. the Scarlets Sunday. “I was scared we wouldn’t get one. I’m happy just to be out here playing.”

The Scarlets’ Jarron Wilcox, who slammed a three-run homer to left field in the bottom of the first to give his team a 4-0 lead, also said he felt fortunate to be playing baseball again.

“We are excited to be back out,” he said. “We are pretty privileged to be out here on the field.”

The Royals batted around in both the second and fourth innings, scoring five runs in each frame.

Overall, the Royals tallied 10 hits against the Scarlets and committed three errors. The Scarlets had eight hits and two errors.

Temperatures reached 93 degrees near the end of the game and felt much warmer on the new artificial infield turf, installed after last year’s season concluded, at Pirtz.

“It feels pretty good. It’s always good to beat the crosstown (rival),” Uhren said. “It’s definitely a lot hotter on the turf. You just have to drink plenty of water and stay in the shade as much as you can, but other than that play hard.”

Players on both sides said they enjoy playing on the new artificial infield, which was installed in part to try and avoid weather-related delays and postponements due to better drainage. The artificial infield turf also requires less maintenance than a traditional grass and dirt infield.

“It’s a good field,” Wilcox said. “You don’t have to worry about rain delays. It’s way better. You have true hops. It (the ball) won’t take a bad hop.”

Royals first-year coach David Swecker said the games were a good test for his team to find out what it needs to work on. The Royals will host Bozeman Wednesday at Pirtz for a nonconference doubleheader beginning at 5 p.m.

“The games we played defense we won,” said Swecker. “The games we didn’t play defense, we lost. We brought a lot more energy vs. the Scarlets and need to do that with every team we play.”

For the Scarlets, leadoff batter Logan Meyer finished 2 for 4, including a triple, with a run and two RBIs. Wilcox was 2 for 3 with two runs and three RBIs. Jaden Sanchez had two RBIs. Dylan Silvis had two RBIs.

“There were a lot of good things and a lot of not so good things,” said Scarlets coach Adam Hust. “It’s exactly what you get early in the season and that’s why you play preseason games.”

The Scarlets play two nonconference games in Bozeman on Friday, starting at 5 p.m.

“We’ll just work on slowing down the game and playing baseball the right way and we’ll be alright the rest of the year,” said Wilcox, a third-year Scarlet.

Overall, the Mavericks were also happy with how the weekend went said coach Brent Hathaway.

“Coming down here and facing this competition is great for us, and great for them,” he said. “We appreciate the opportunity.”

Missoula will host the Class A Bitterroot Red Sox Wednesday at 7 p.m. in the Mavericks’ first home game.

“We have a long ways to go,” Hathaway said. “Offensively, we are trying to figure it out, but we will.

“Defensively, we were pretty solid. That was a bright spot. We made a few mistakes, early-season stuff.”

The scoreboard did not work for the Royals-Scarlets game, but both Swecker and Hust said the problem will be addressed, and hopefully fixed soon.

Now that the opening weekend jitters are out of the way, the teams are focused on getting better. And they definitely are thankful for the opportunity to play games, practice and continue to get better.

“This is good for us and the boys are having fun and get to come out and play,” Hust said. “It’s awesome. The kids get to play between the white lines and compete and the coaches, fans and supporters get to be a part of it.”

“It was awesome to get out and play baseball,” Swecker added. “We are lucky to be playing. Every game we get to play we are thankful and don’t take things for granted.”

Royals are 3-0 vs. crosstown rivals this year.

SHERIDAN, Wyo. — The Billings Scarlets mustered just one hit off Trevor Stowe and Hunter Stone as the two Sheridan pitchers guided the Troopers to a 2-1 American Legion baseball win in the first game of a doubleheader here on Friday.

The Royals led late in both halves of Monday's doubleheader but left the field with losses.

Lance Schaaf's walkoff double in the nightcap was the Blue Jays' first and only hit of the game.

The Lakers took early leads in both games, but the Scarlets rallied in game two.

The Billings Royals' Brendan Concepcion pitches against the Billings Scarlets at Pirtz Field on Sunday.

The Billings Scarlets celebrate after scoring a run against the Billings Royals on Sunday at Pirtz Field.

The Billings Royals' Noah Aufdengarton is safe as the Scarlets' Andruw Brester reaches at first base Sunday at Pirz Field.

The Billings Scarlets' Nathan Dewar pitches against the Billings Royals at Pirtz Field on Sunday.