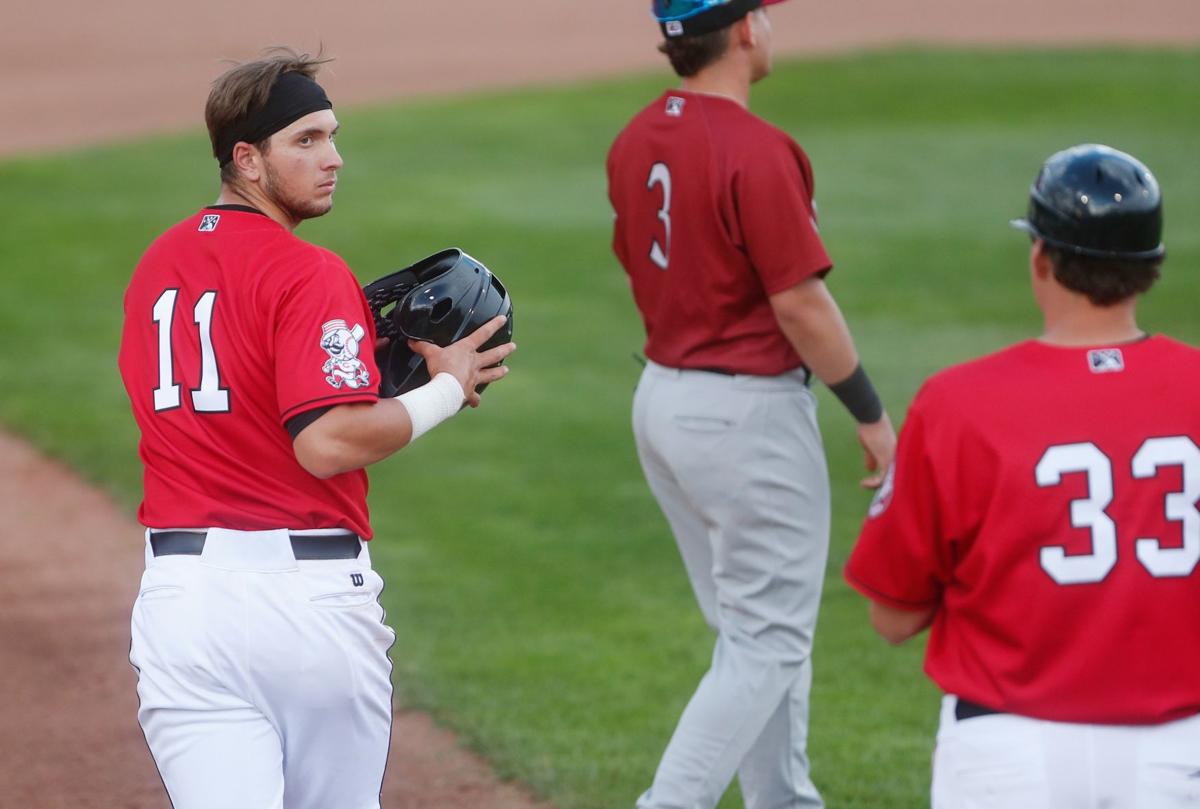 Billings' Leonardo Seminati (11) looks to Mustangs manager Bryan LaHair in the fifth inning of the Saturday's game against the Idaho Falls Chukars at Dehler Park. 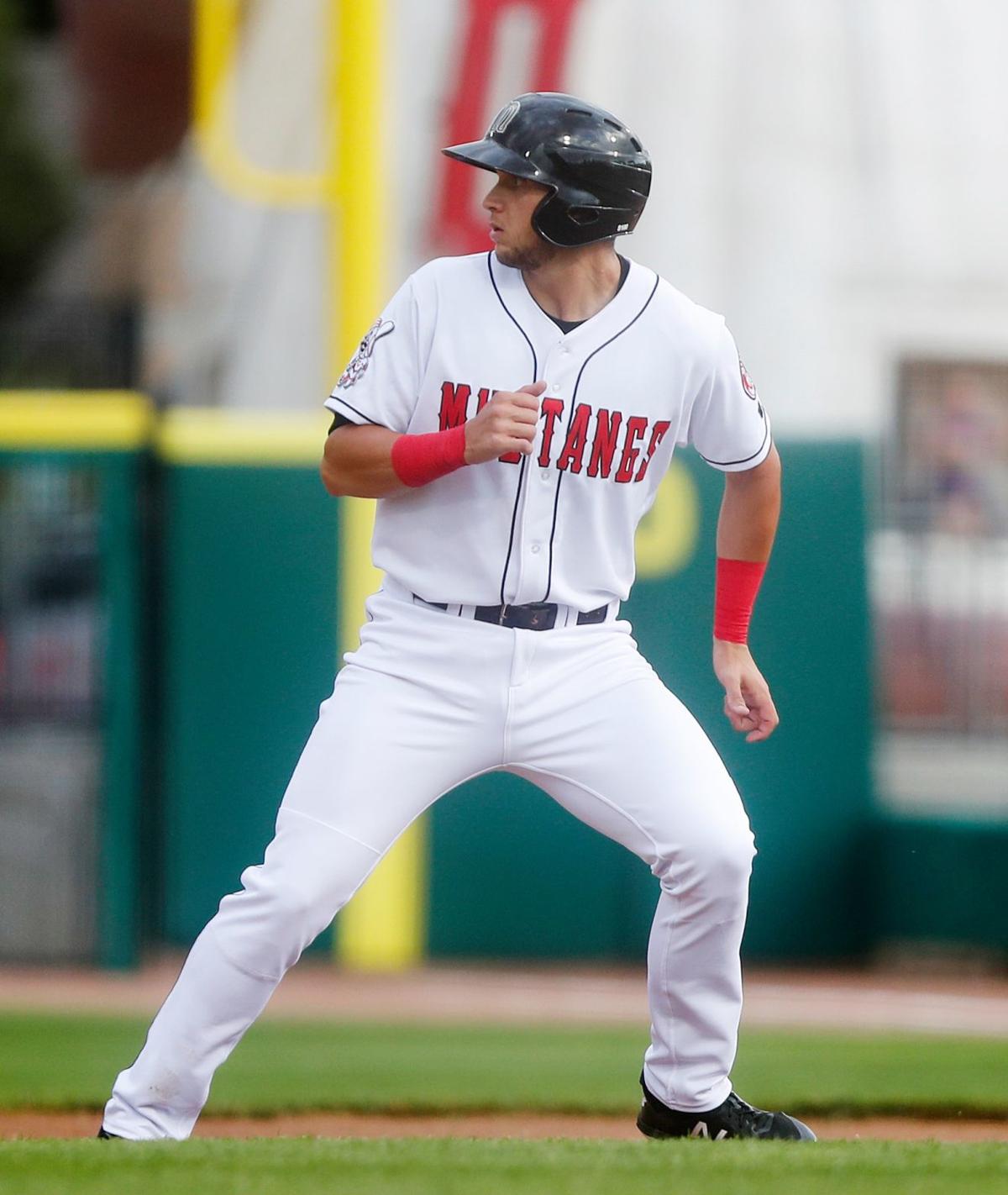 Leonardo Seminati, a native of Alzano Lombardy, Italy, is in his second season of professional baseball. 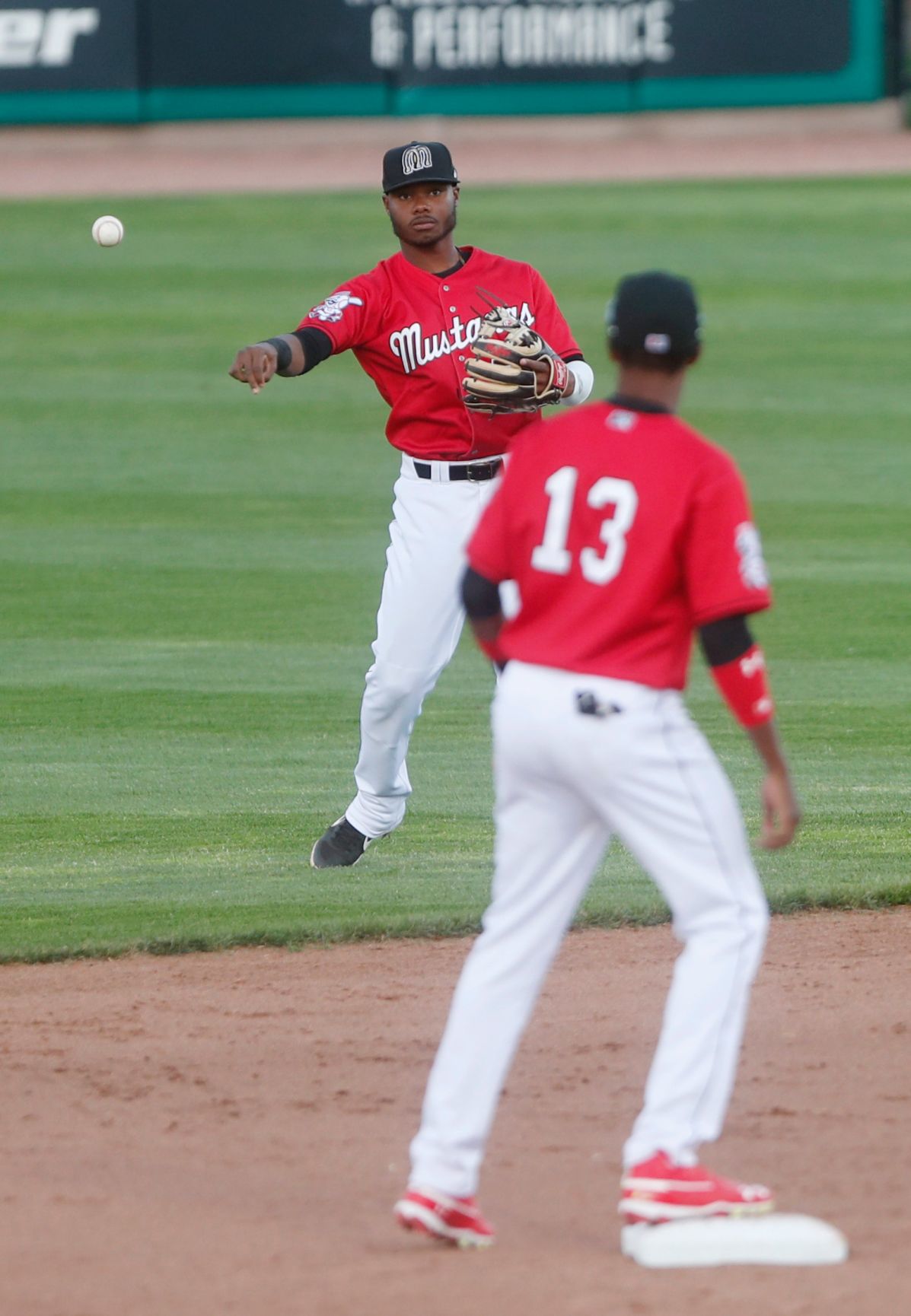 The Mustangs' Jonathan Willems throws the ball to teammate Ranser Amador (13) in the fifth inning of Saturday night's game against the Idaho Falls Chukars at Dehler Park.

Billings' Leonardo Seminati (11) looks to Mustangs manager Bryan LaHair in the fifth inning of the Saturday's game against the Idaho Falls Chukars at Dehler Park.

Leonardo Seminati, a native of Alzano Lombardy, Italy, is in his second season of professional baseball.

The Mustangs' Jonathan Willems throws the ball to teammate Ranser Amador (13) in the fifth inning of Saturday night's game against the Idaho Falls Chukars at Dehler Park.

BILLINGS — As a young boy growing up in Alzano Lombardy, Italy, baseball wasn’t on Leonardo Seminati’s radar. It was hardly on anyone’s radar in his northern Italian town.

Seminati’s family would regularly attend "sporting events," where teams from various sports would promote their clubs. Then, out of the blue, a baseball club set up shop. Seminati was about 8 or 9 years old.

“I walked into the cage, picked up a ball and a bat, and from then on it’s all history,” Seminati said after Friday’s batting practice before the Billings Mustangs opened their Pioneer League season against the Idaho Falls Chukars. “Here I am living the dream.”

Not the typical dream for a boy from Italy, where soccer is king and baseball is low on the list of popular sports. But it’s Seminati’s dream now.

Once he got that first taste of the sport, he never looked back. Seminati chased playing time from club to club, at one point traveling 90 minutes one way for practices and games for one of the teams he was playing with.

Seminati got noticed, too. He’s played on Italy’s international teams in three World Cup competitions: a U12 event in Taiwan, a U15 in Mexico, and a U18 in Canada.

While landing an American college scholarship was initially the plan, eventually Major League Baseball teams began calling, and Seminati whittled his choice down to the Reds and another team. He signed with Cincinnati on July 5, 2017.

The Reds like Seminati’s above-average power and the athletic ability of the 6-foot-2, 220-pound first baseman. He began his professional career last summer with the Arizona League Reds and earned a late call-up to Billings, where he hit .279 with a double, triple and home run in 43 at-bats. In Friday's opener, he went 1-for-4 and made a couple nice defensive plays at first and had three hits Saturday, driving in a run.

His baseball experiences have helped him learn English and Spanish, and Seminati said he doesn’t feel pressure to succeed or feel he has to prove himself because he’s from a part of the world not noted for its baseball acumen.

He’s just trying to learn and have fun.

“Baseball has given me so many chances to travel and visit places I probably would never be able to visit if I wasn’t in baseball,” said Seminati, who said he’s grown to love hamburgers, particularly Montana hamburgers. “As my parents always told me, live it as a life experience. But if you come home, there’s no problem. So I just try to give my best and take whatever comes.”

After he signed with the Reds, Seminati was invited on to a TV show, he said, where the program did a man-on-the-street segment, asking random people if they knew what baseball was.

“Nobody knew what the answer was,” Seminati, who is 20 years old, said. "It was kind of funny."

Maybe in a few more years Seminati — and baseball — will be household names around northern Italy.

Dominated by Billings Mustangs starter Miguel Medrano, the Idaho Falls Chukars hit like they were happy to see him leave the game.

Juan Carlos Negret hit a two-run home run as part of a three-run sixth inning, the inning after Medrano departed, and the Chukars went on to beat the Mustangs 4-3 in front of 3,392 fans Saturday night at Dehler Park.

Maikel Garcia had an RBI single in the sixth and Isaiah Henry plated a fourth run with a single in the seventh as the Chukars’ bats came alive after being shut out for five innings by Medrano.

Medrano allowed just one hit in his five innings and walked none. He retired the first 13 batters he faced and struck out five, including four in a row between the second and third innings. But reliever Ryan Dunne (0-1) couldn’t keep the momentum going in the sixth, giving up three hits, a walk, and three runs and a 2-0 lead.

Billings jumped on Idaho Falls starter Adrian Alcantara (1-0) with a sacrifice fly by Cash Case in the first inning and an RBI single from Leonardo Seminati in the second. Chukars reliever Malcolm Van Buren threw three shutout innings before allowing Quincy McAfee’s run-scoring single in the bottom of the ninth. Van Buren struck out Quin Cotton with runners on the corners to end the game and earn the four-inning save.

The Mustangs (0-2) and Chukars (2-0) wrap up their season-opening three-game series Sunday at Dehler Park. First pitch is scheduled for 1:05 p.m.

The Mustangs close their three-game series with Idaho Falls on Sunday with a 1:05 p.m. start time. Monday is a day off, the first of five this season, before the Great Falls Voyagers come to Billings for three games. Tuesday also marks the start of 20 consecutive games for the Mustangs, who begin their first road trip on Friday in Idaho Falls.