Third US vaccine could raise big question: Which shots are best? 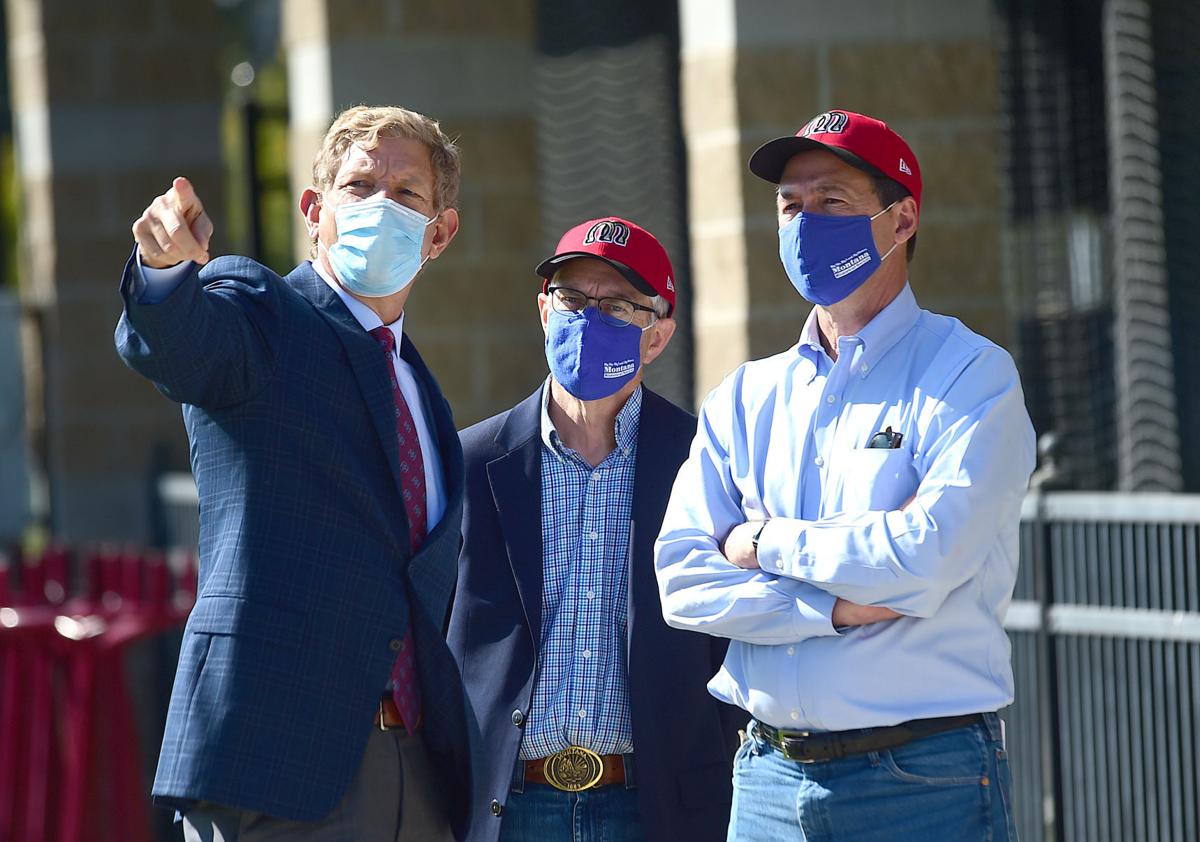 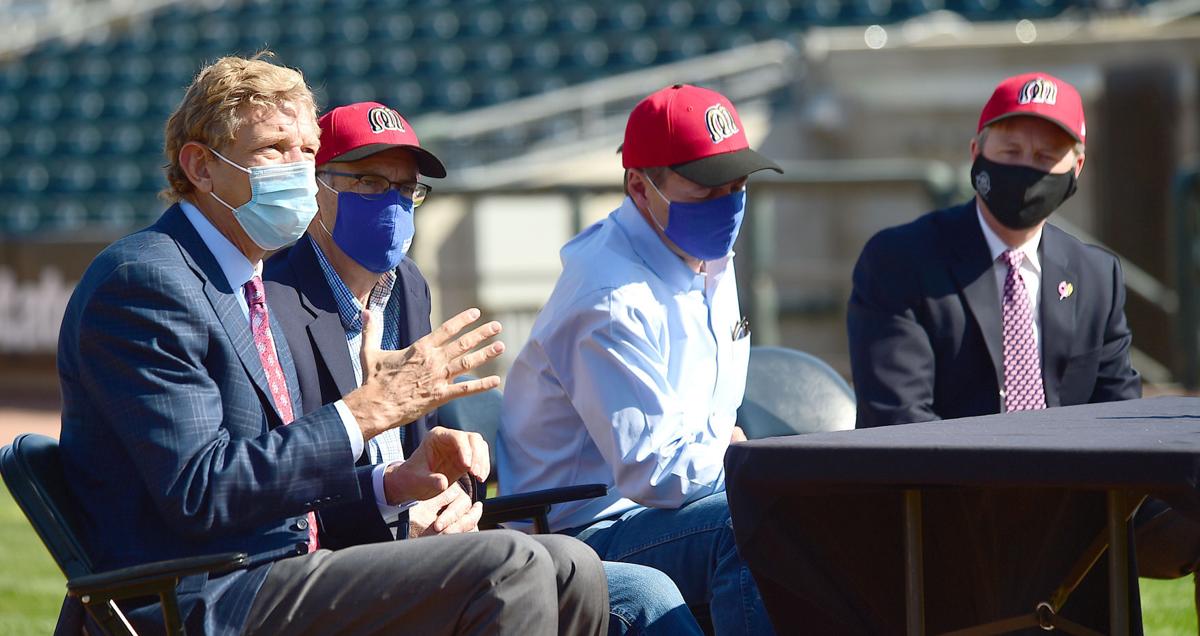 BILLINGS — The Pioneer League has been described as unified and committed in its effort to play baseball in 2021, though it’s not known in what capacity as Major League Baseball and Minor League Baseball continue to negotiate a new Professional Baseball Agreement.

Regardless of that outcome, one team — the Billings Mustangs — has so far received significant monetary assistance from the State of Montana, made available via the CARES Act, which team owner Dave Heller said will solidify the future of the club.

Heller said the money will go toward the team paying its Dehler Park rent and other bills as well as filling out its staff, most of which was laid off due to the economic impact of the COVID-19 pandemic and the subsequent shutdown of the entire 2020 minor league season.

“To be clear, the Billings Mustangs will be back and will be playing next year, and we will have no debt in the process,” Heller said.

Bullock said the live entertainment funds have been made available for businesses “that effectively went to a revenue shutdown of zero.” U.S. Sens. Steve Daines and Jon Tester helped secure nearly $1.3 billion for Montana from the CARES Act, which became law on March 27.

Bullock, Cooney and Cole all touted the relief program as a way to boost the local economy during baseball-playing summer months.

“The ancillary economic development from baseball is a heck of a lot more than the butts in the seats,” Bullock said. “We have to take the steps right now to make sure that on the back end of this, as we recover, that we’ll be as strong as ever.”

The Pioneer League’s Great Falls Voyagers also applied for assistance, and team president Scott Reasoner told The Billings Gazette and 406mtsports.com on Monday that the club has received tentative approval.

Missoula PaddleHeads owner Peter Davis said his club is not eligible for assistance because it brought in roughly 45% of its revenue from 2019 and 37% of its 2020 plan through weekly events at Ogren Park at Allegiance Field, such as movies, trivia, dinners on the diamond, golf and yoga as a means to retain and pay its staff.

Provided Minor League Baseball resumes on-field operations next summer, the short-season Pioneer League will have gone about 21 months between games and, most importantly for front offices league-wide, ticket sales.

“To go 21 months without any income whatsoever is a really, really daunting task,” Heller said. “Having expenses, having a beautiful ballpark that we have to maintain, to be able to cover all those expenses with no revenue coming in has been a real challenge.

“Thanks to Gov. Bullock, Lt. Gov. Cooney and the Montana Legislature, we are proud to be able to say that we are definitely going to be able to make it through COVID(-19) however long it lasts and play baseball next season, if possible, or beyond that and for the foreseeable future.”

The Mustangs laid off three of their four front-office employees at the end of May. Longtime general manager Gary Roller was retained.

Heller said the Mustangs will begin adding staff members “the minute we get a schedule” for a 2021 season.

Great Falls tried to maintain a cash flow throughout the summer with a series of ballpark events at Centene Stadium, but Reasoner said the club brought in only between 5-10% of its normal revenue.

“These funds are extremely necessary,” Reasoner said in a phone interview. “As people can probably imagine, the ballclub took a huge financial hit.”

Missoula’s ballpark events have helped defray costs and, unlike Billings, allowed the team to avoid the circumstance of laying off its staff.

But Davis, when contacted by 406mtsports.com, said the team still lost $1 million in revenue, and called the PaddleHeads’ ineligibility to receive assistance “completely misguided.”

“Frankly we’re really pissed off because we kept our staff and worked our asses off all year to keep our name alive in Missoula,” Davis said. “It would have been better to fire the staff and walk away and do nothing, and we would have gotten money. It’s ludicrous, quite frankly.

“We have nothing against Billings and Great Falls. It’s not their fault the rules are wonky.”

While it remains unclear how the Pioneer League will be structured for 2021 and beyond, Heller said there are still several options on the table.

Depending on the new PBA, the league could continue on as it has for decades with player development agreements with MLB, though that appears less likely.

It could also become a league made up of players loaned by MLB and those that were previously drafted but no longer signed to MLB clubs, or of foreign prospects and players that would have otherwise been drafted but weren't selected in what will likely be a smaller amateur draft.

It could also become a wood-bat college prospects league made up of draft-eligible juniors and seniors.

“What the mix is, we just don’t know yet,” Heller said.

Whatever happens, Heller and his contemporaries in the Pioneer League are most eager to return their teams to the diamond.

“Those of us in Minor League Baseball, we do this because we love the game and we love to put smiles on kids’ faces,” Heller said. “We love to entertain families. That’s what I live for. To take that joy away has been the hardest part.”

A summer collegiate wood-bat baseball league is coming to Butte next summer, and the 3-year-old Expedition League also has bigger dreams for the Treasure State.

It’s getting closer to decision time for the fate of professional baseball in Montana.

A look at the storied history of the Billings Mustangs

The Billings Mustangs were established on Nov. 4, 1947 and played their first season in 1948. A Cincinnati Reds rookie affiliate for more than…

Watch Now: Retrospective | A look at the storied history of the Billings Mustangs

The 2020 Pioneer League season was scheduled to open Friday June 19, but the chance of having a season is unlikely because of restrictions and health concerns caused by COVID-19.

The league will usher in a new era in 2021, ending months of speculation and uncertainty regarding its future in professional baseball.