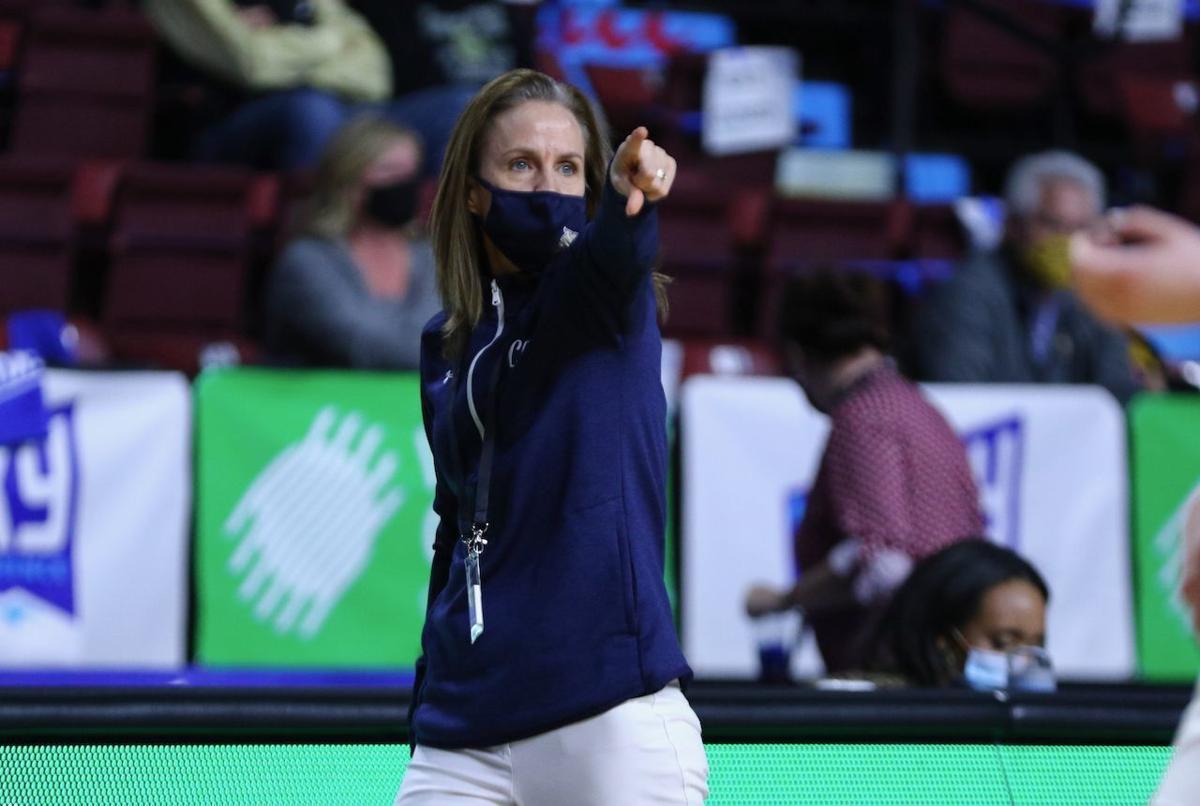 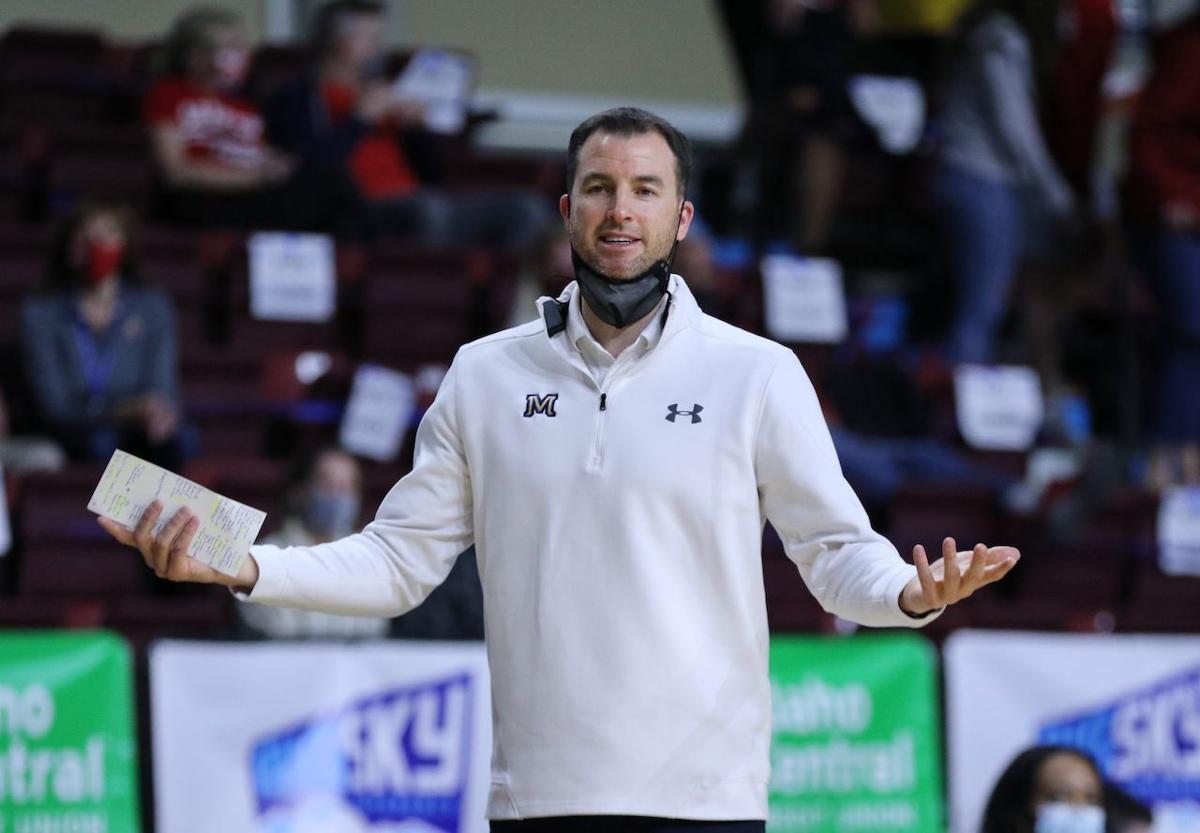 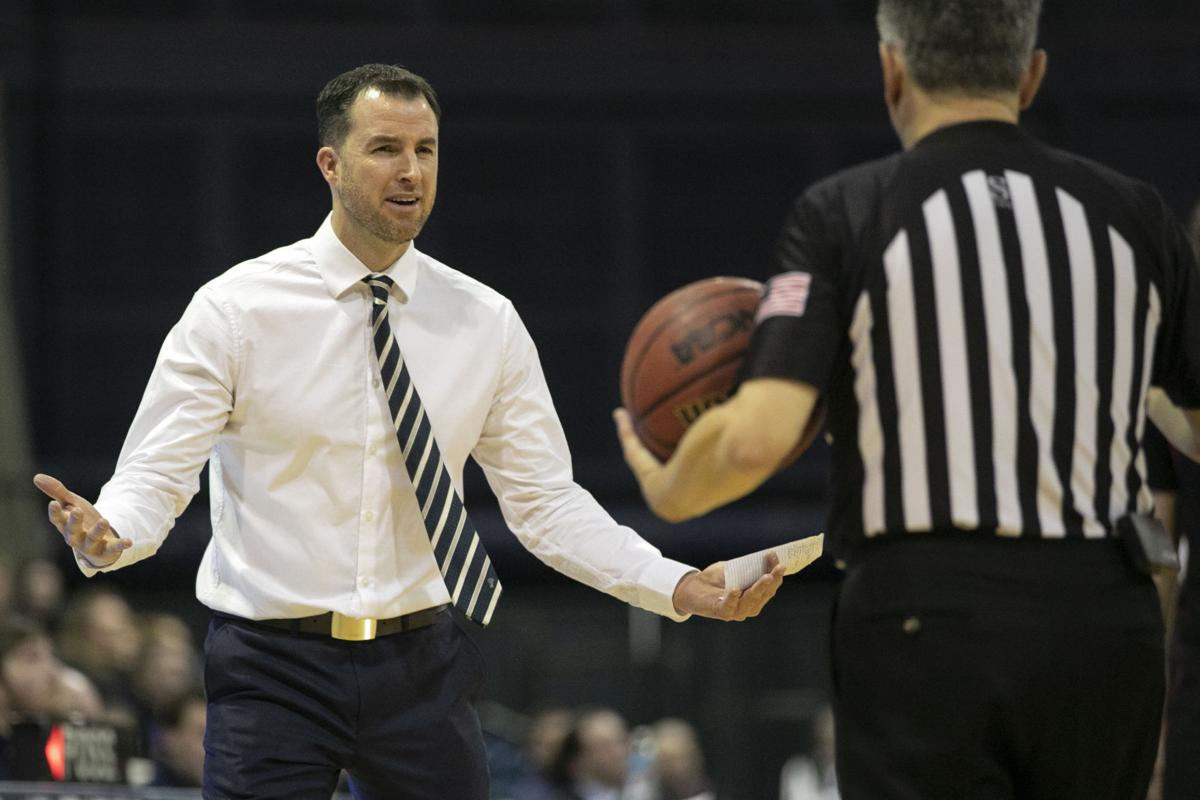 Montana State coach Danny Sprinkle talks to a referee after a call during a game against Southern Utah on March 5, 2020, at Worthington Arena. 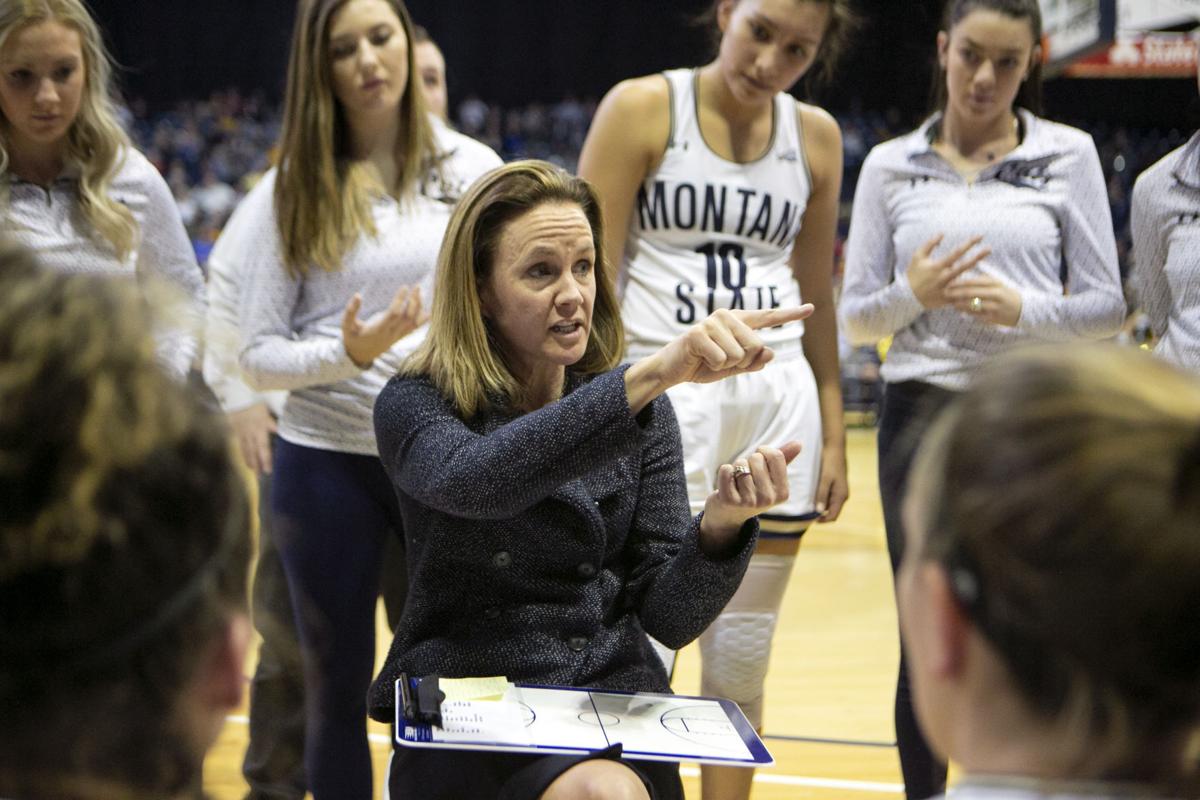 Montana State women's basketball head coach Tricia Binford sets up a play during a timeout against Northern Arizona on Feb. 29, 2020, at Worthington Arena.

"I am excited to continue the continuity within our women’s basketball program with head coach Tricia Binford," Costello said. "She continues to set the standard by fielding championship caliber teams on the court and in the classroom. We are fortunate she is a Bobcat and I look forward to supporting her and the entire women’s basketball program.”

Since the 2007-08 campaign, Binford has not had a losing season. She is the third-winningest coach in Big Sky Conference history.

Binford and the Bobcats navigated the COVID-19 pandemic going 17-7 overall and 13-3 in Big Sky play with one of the youngest teams in the nation. Her 2019-20 squad advanced to the Big Sky championship game, before having the tournament shutdown due to the onset of the coronavirus.

Led by five seniors, MSU went 19-1 in league play — the best mark ever recorded by a Big Sky women’s team. The Bobcats won the regular-season title by a dominating four games.

Binford’s 2017 Bobcats won the Big Sky tournament for the first time since 1993 and played in the NCAA First Round at Washington. Her 2016 team advanced to the WNIT, where they faced Utah. Both squads won regular-season Big Sky titles.

"Coaching is about relationships, mentoring, building champions, and helping student-athletes succeed in life," Binford said. "The culture we have established at Montana State is truly something special. I’m blessed and grateful for the support and opportunity entrusted to me by the incredible leadership of President Cruzado, who has had an inspirational influence on our program, and from (Director of Athletics) Leon Costello, who brings high energy to our department every day. We are going to continue to pursue excellence both on and off the court and take this program to new heights."

Binford recently completed her 16th season in Bozeman and is the all-time winningest women's basketball coach in Montana State history with 270 victories. She is also only 14 wins away from overtaking legendary Brick Breeden (283) for the top spot in both men’s and women’s history.

Binford is currently the longest tenured coach in the 11-member Big Sky, where she has registered 170 wins. She owns the most victories in league action among active coaches and ranks third all-time behind Montana’s Robin Selvig (359) and Weber State’s Carla Taylor (180).

Binford is also the first to acknowledge the holistic approach to the Bobcats’ successes.

"I get to work alongside the very best staff on a daily basis," Binford added. "They challenge me to be better. And, finally, to all the players that I've been privileged to coach, you truly inspire me every day with your work ethic and commitment to the program. We still have a lot to accomplish, and I am as motivated today as the first day I took the job."

"I am excited about the progress the men's basketball program has made in a short time under coach Sprinkle," Costello said. "He is building the program the right way with a focus on academic and athletic success. I look forward to continuing to support him and his vision for Bobcat Basketball."

Sprinkle guided Montana State this past season to its first Big Sky tournament championship appearance in 12 years. He became Montana State's first coach to lead the men's program to the Big Sky Championship game during his first two years.

"I'm beyond grateful to President Waded Cruzado and Athletics Director Leon Costello for their support," Sprinkle said. "This is an aligned athletic department and university as we all share the same passion for Bobcat Athletics.

"I also want to thank my staff for all of their hard work and sacrifices. Most importantly, I would like to thank all of my players from Northridge to Fullerton to Montana State. I'm not here without every single one of them."

This year's conference title game showing highlighted steady improvement by the Bobcats since Sprinkle took over the reins officially on April 4, 2019.

MSU achieved consecutive winning seasons for the first time in 19 years with its 13-10 overall record during the 2020-21 slate. The mark was the best winning percentage for the Bobcats since Montana State's last Big Sky regular season conference title won in 2002.

The Bobcats' two straight years of top-five finishes in the Big Sky standings and spots in the Big Sky Tournament quarterfinals are the first time MSU has completed the feat since the 1998 and 1999 seasons.

"We are going to continue to build off the success we have had so far," Sprinkle said. "We are going to work to keep this program among the best in the conference and compete for championships for years to come."

It serves as an indication of what new Bobcats head coach Brent Vigen thinks of his players only a couple of months after he took the job, but he’s been adamant the pecking order could change as the offseason continues.

Jeff Welsch: Anti-trans legislators went searching for a problem, and now they’ve got one

The NCAA announced Monday it "supports transgender student-athletes" and will only allow states that are "free of discrimination" to host championships.

The NCAA recently adopted its one-time transfer rule that will allow all players to change schools once without losing a year of eligibility, making it easier for programs to lose and add talent.

Montana State coach Danny Sprinkle talks to a referee after a call during a game against Southern Utah on March 5, 2020, at Worthington Arena.

Montana State women's basketball head coach Tricia Binford sets up a play during a timeout against Northern Arizona on Feb. 29, 2020, at Worthington Arena.