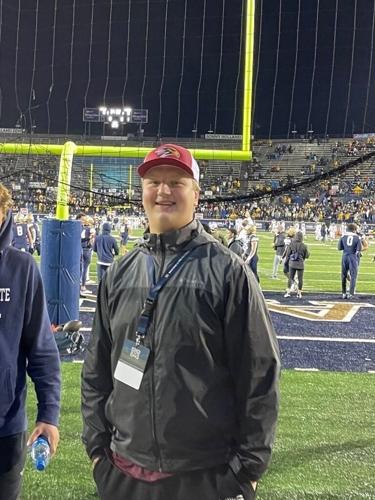 Florence-Carlton's Jonathan Luhmann poses for a photo after Montana State's 41-24 win over UC Davis on Oct. 1 at Bobcat Stadium in Bozeman. 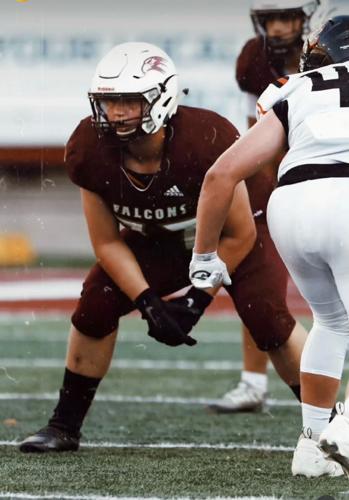 Florence-Carlton senior Jonathan Luhmann has only played football for two years, beginning with the 2021 season.

Luhmann is an offensive lineman who only knows how it feels to win a state title. He began playing football two years ago, and the Falcons have won the last two Class B state championships.

“Last year deciding to play football and not even realizing college football was an option to now committing to play D-I football is kind of amazing to me,” Luhmann told 406mtsports.com on Monday.

Luhmann announced his commitment two days after Florence-Carlton beat Missoula Loyola in the 2022 State B title game. MSU beat Montana in the 121st Brawl of the Wild on Saturday as well.

“It’s just been amazing,” Luhmann said. “Winning back to back and just seeing all our hard work come together in winning the state championship is great, and now committing to go play D-I football is kind of crazy.”

The 6-foot-4, 275-pound tackle will be a preferred walk-on at MSU. He’d love a scholarship but is embracing the challenge of earning one after he joins the Bobcats.

Luhmann hasn’t received another college offer, and that’s totally fine by him. He’ll join the 2022 co-Big Sky Conference champions who reached last year’s Football Championship Subdivision title game and will try to make it back there in the coming weeks as the No. 4 seed. MSU’s facilities also drew Luhmann to Bozeman.

“They’re definitely moving up and doing great,” he said. “To come and join a winning team and a winning program that have proved themselves, it’s a really cool thing to be a part of now.”

Good synopsis of how the year went for our #77 @jonathanluh pic.twitter.com/MJ9vtEQTzQ

“The coaching staff is absolutely amazing,” Luhmann said. “Me and my parents have just been blown away by how nice and accepting and down to earth they’ve all been. … I felt very wanted.”

Luhmann’s three-repetition bench press maximum is 245 pounds, with a one-rep max of 405 in the squat and a max of 245 in the hang clean.

Luhmann is the 18th Class of 2023 recruit and the eighth from Montana to verbally commit to MSU. Two other senior offensive linemen have chosen the Cats: Everett Carr of Bozeman and Zac Nyland of Meridian, Idaho. 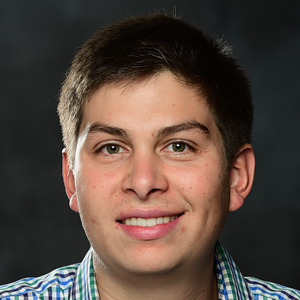 The fourth-seeded Bobcats will host fifth-seeded William & Mary in the quarterfinals next week.

The fourth-seeded Bobcats are hosting a rematch with Weber State in the second round of the FCS playoffs this afternoon in Bozeman.

After 24-game absence, Montana State's Kyle Rygg 'just grateful to be back'

"I don't expect to take a starter amount of reps. ... But whatever I can contribute, I'll be happy with. I'm just happy to be out there.” Kyle Rygg

The incident took place several hours after MSU beat rival Montana in the 121st Brawl of the Wild.

Five things to watch: Weber State at Montana State in 2nd round of FCS playoffs

All-American running backs, kickoffs, punts and penalties are among the many factors that could play deciding roles in Saturday's rematch.

The Wildcats will return to the stadium where they lost in crazy fashion last month.

The Bobcats and Grizzlies are coming off eventful Thanksgiving weeks.

Florence-Carlton's Jonathan Luhmann poses for a photo after Montana State's 41-24 win over UC Davis on Oct. 1 at Bobcat Stadium in Bozeman. 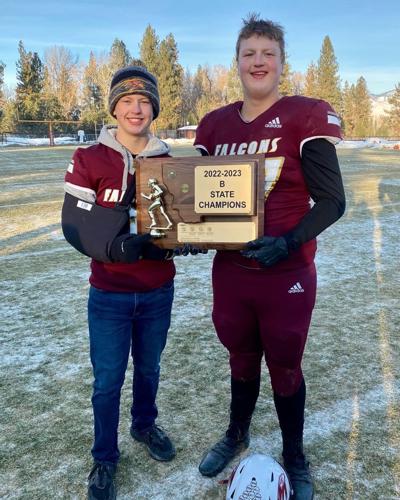 Thomas Luhmann (left) and his brother Jonathan pose for a photo with the Class B state championship trophy after Florence-Carlton's win over Missoula Loyola on Saturday in Florence.

Florence-Carlton senior Jonathan Luhmann has only played football for two years, beginning with the 2021 season.