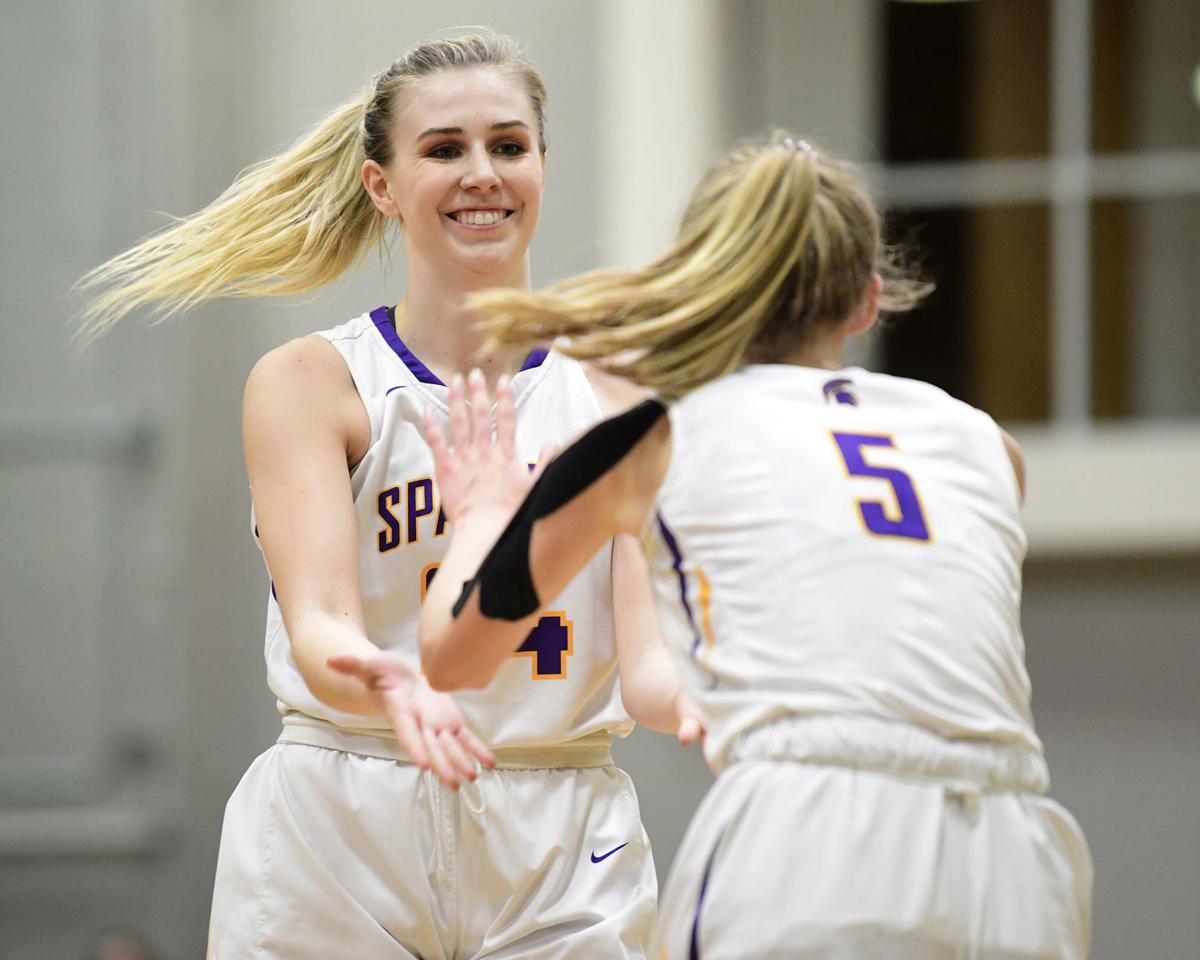 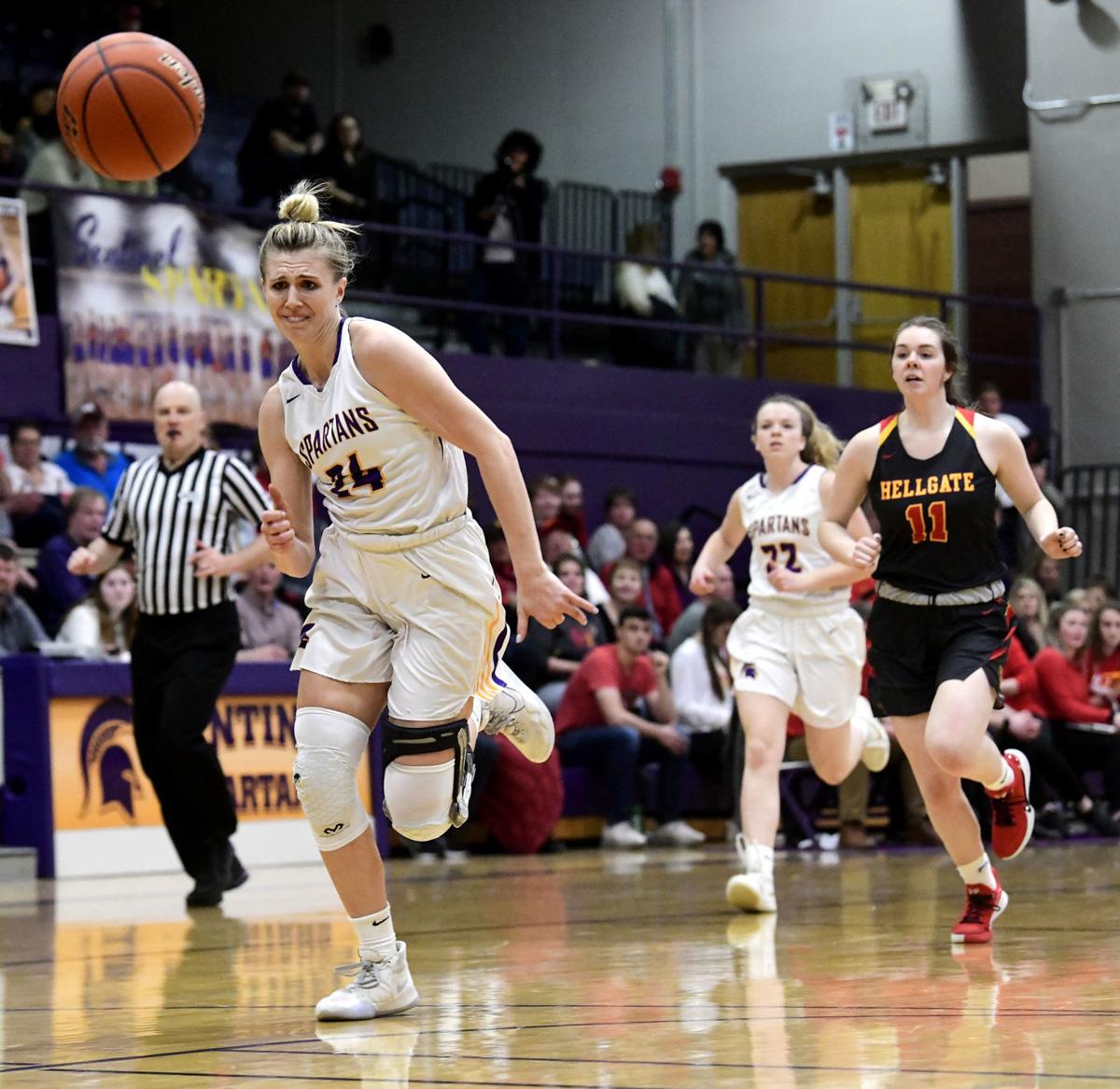 Sentinel's Lexi Deden chases after a pass during a crosstown game. 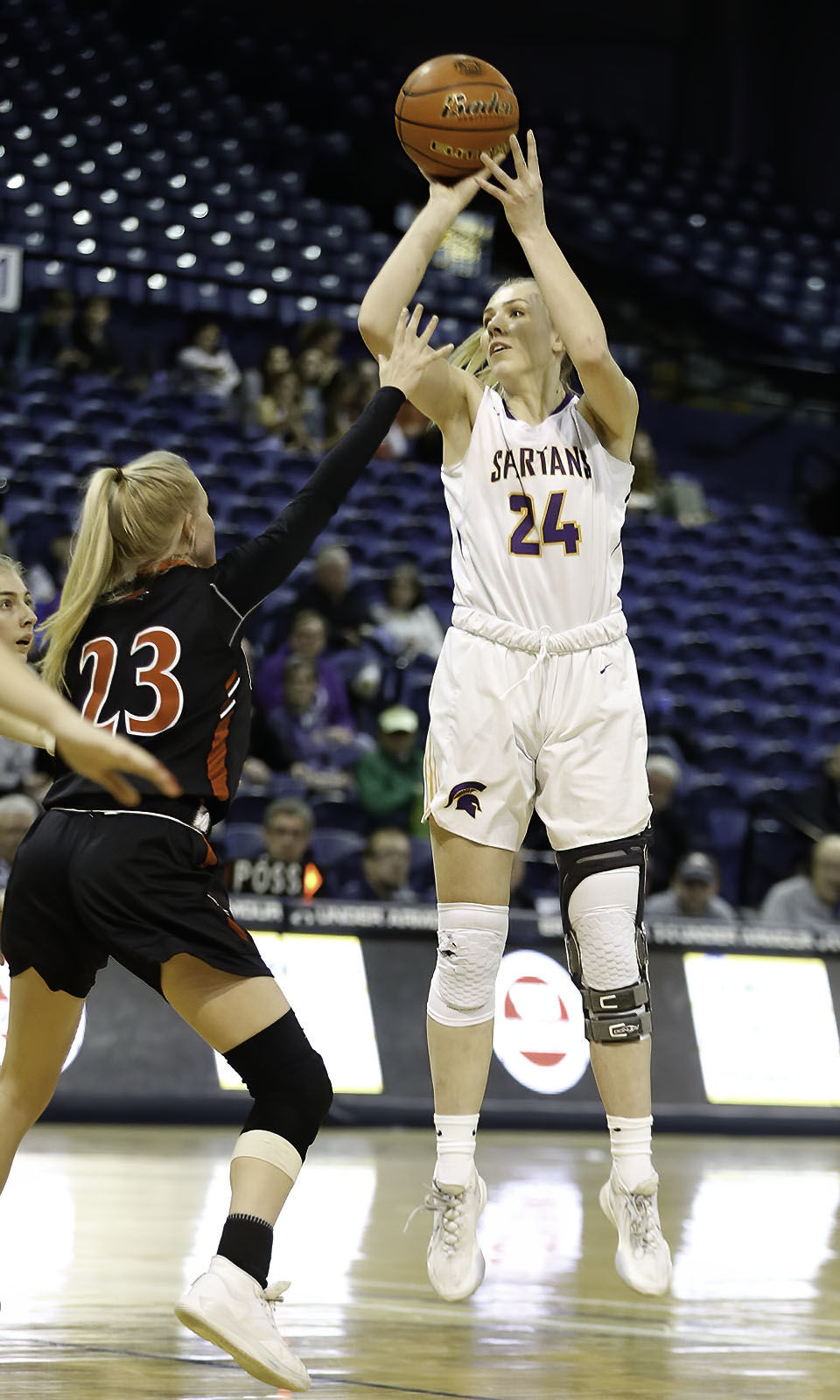 MISSOULA — Lexi Deden was not sure what to expect last summer when Montana State women’s basketball coach Tricia Binford pulled the Missoula Sentinel standout into her office on the final day of a Bobcat camp.

Montana State had been in contact with Deden since her junior year, but an offer to play on scholarship in Bozeman had yet to come. There were injury concerns — Deden had torn her ACL her freshman year — as well as questions about her strength and size.

Deden rededicated herself following her junior season and was happy with where she was physically, but the offer still had not come.

Until one day, it finally did.

“(Binford) started off with, ‘You know, what we’re probably gonna do is watch you through the summer basketball tournaments to see how you do,’ but then she said, ‘But we’re not gonna do that, we’re going to offer you today,’” Deden said laughing, during a recent phone interview. “That was like painful, but then I was like, ‘Oh my gosh yes’ and that was so much fun, so she got me there.”

A 6-foot-1 post, Deden will be heading to Bozeman with plenty of promise. Montana State made it to the Big Sky Conference tourney finals and likely would have won the tournament. An NCAA run was not out of the question and the Montana State program is certainly headed in the right direction.

Deden’s mother Dawn (Silliker) was a former Lady Griz great, which did make the decision a little difficult, she admitted. But the trajectory of the Bobcat program — along with its strong engineering program — made her choice fairly simple.

“I knew even when I went on my visit and everything, the coaches, the team, they were so bonded together,” Deden said. “I just thought that would be a great fit for me … I feel like the coaches all fit me personality wise and stuff and that definitely persuaded me a lot.

“I knew some of the coaches already and I knew they would help me become the best basketball player I can be.”

Deden’s mother is hardly the only basketball talent in the family. Karen Deden, Sentinel’s head basketball coach, is Lexi’s aunt and was a standout for the University of Washington and played for a season in the WNBA as well as several overseas. Lexi’s brother, Bridger, is a freshman at Montana Tech and plays for the Orediggers basketball team.

Deden even got to play with her cousin, Challis Westwater (Karen’s daughter) while at Sentinel.

Deden will have a chance to build her own legacy at Montana State, which started in the family driveway playing basketball with her brother. The pair loved Kobe Bryant and would replicate his moves, including his stepback and turn-around jumpers.

They also both wore No. 24 — one of Bryant’s numbers, along with No. 8 — and would spend hours working together on the court.

Fast-forwarding a bit, Deden and Sentinel were down by several points late in a game against cross-town rival Missoula Hellgate days after Bryant was killed in a helicopter crash.

Deden scored the final six points to push the game into overtime, using a variety of moves that seemed very Kobe-esque. Sentinel ended up falling in that game at Dahlberg Arena, but Deden’s 15 points, six steals, three rebounds and two blocks were part of a standout performance.

“He was there in spirit,” Deden said. “It was really hard when he died and everything and wearing his number, it was so cool for me. Those jumpers. He helped me hit those in that game to help us get into overtime.”

Deden finished the regular season averaging 16.2 points, 6.8 rebounds, 2.3 assists, 2.8 steals and 2.3 blocks per game. She scored well over 1000 points in her four-year varsity career, all while shooting north of 41% from the field.

Now Deden will see if she can take those contributions to the next level.

“I’m super excited and just what their season was this year, almost winning the Big Sky conference and everything and could have made a run at the NCAA tournament,” Deden said. “It’s super exciting for me to go there and be a part of that. I’m just going to work hard and help continue the legacy they already have going.”

Decision made "in consultation with our health administrators and football coaching staff," school's AD says.

Montana State has three quarterbacks vying to be the starter who have won Division I games in their careers. Head coach Jeff Choate believes this is a good issue to have.

The Big Sky will have 20 games for men's and women's basketball, and for the first time will include back-to-back games at single venues.

When the NCAA announced Wednesday that winter sport athletes will be granted an extra year of eligibility, seniors gained the chance to return in 2021-22.

Through a pandemic, a postponed season and a changed coaching staff, Montana State football looked the same as it has for the last five years.

Roars from Bobcat Stadium on a fall Saturday will be replaced by silence. The bustling in the parking lots won’t be the same. The final score will ultimately be inconsequential.

BOZEMAN — Shawn Dirden has left the Montana State men's basketball coaching staff and will be succeeded by Ken Moses, the director of basketball operations at Southern Illinois.

Sentinel's Lexi Deden chases after a pass during a crosstown game.