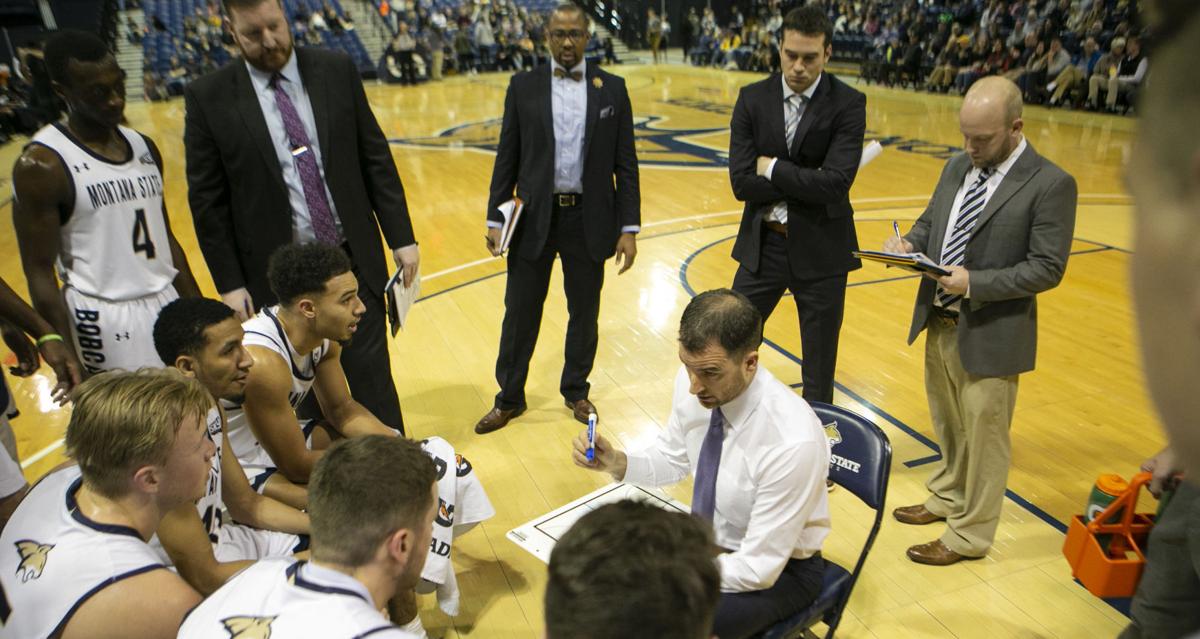 Montana State coach Danny Sprinkle talks to his team during a timeout during a game against Sacramento State on Dec. 28 at Worthington Arena. 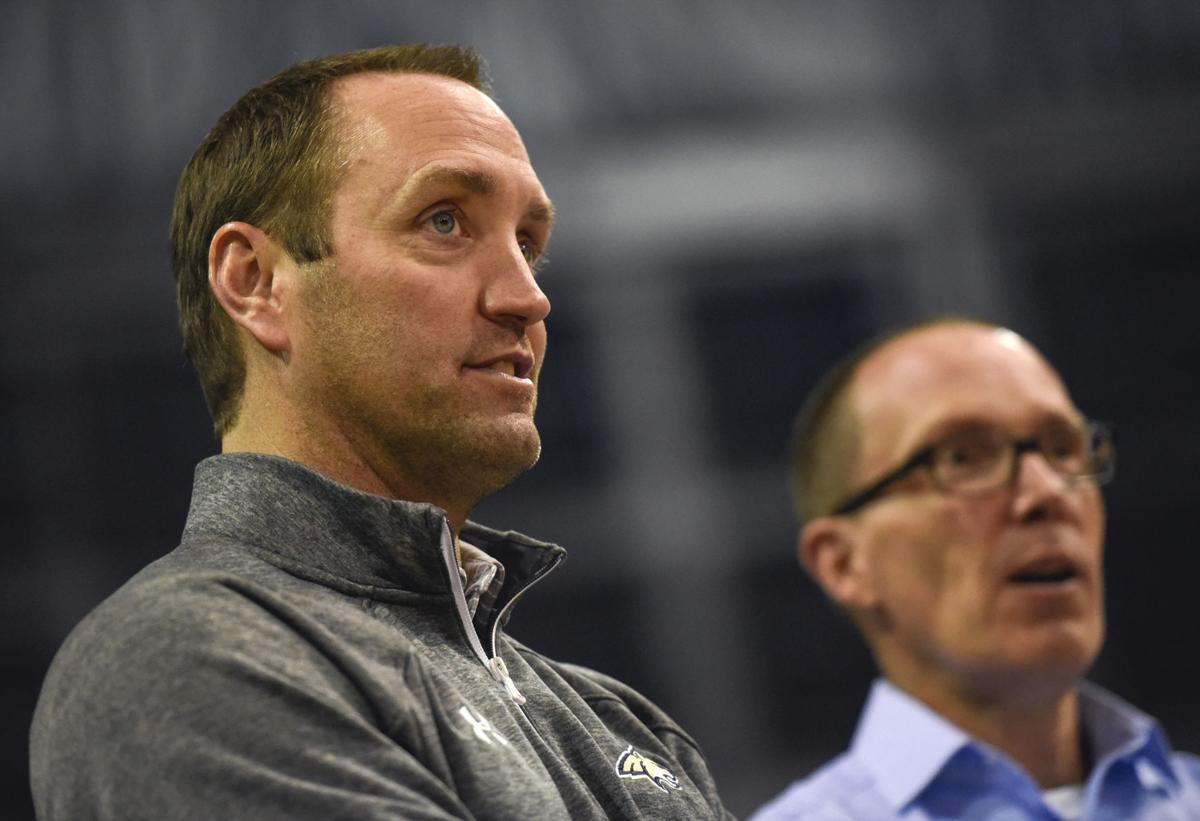 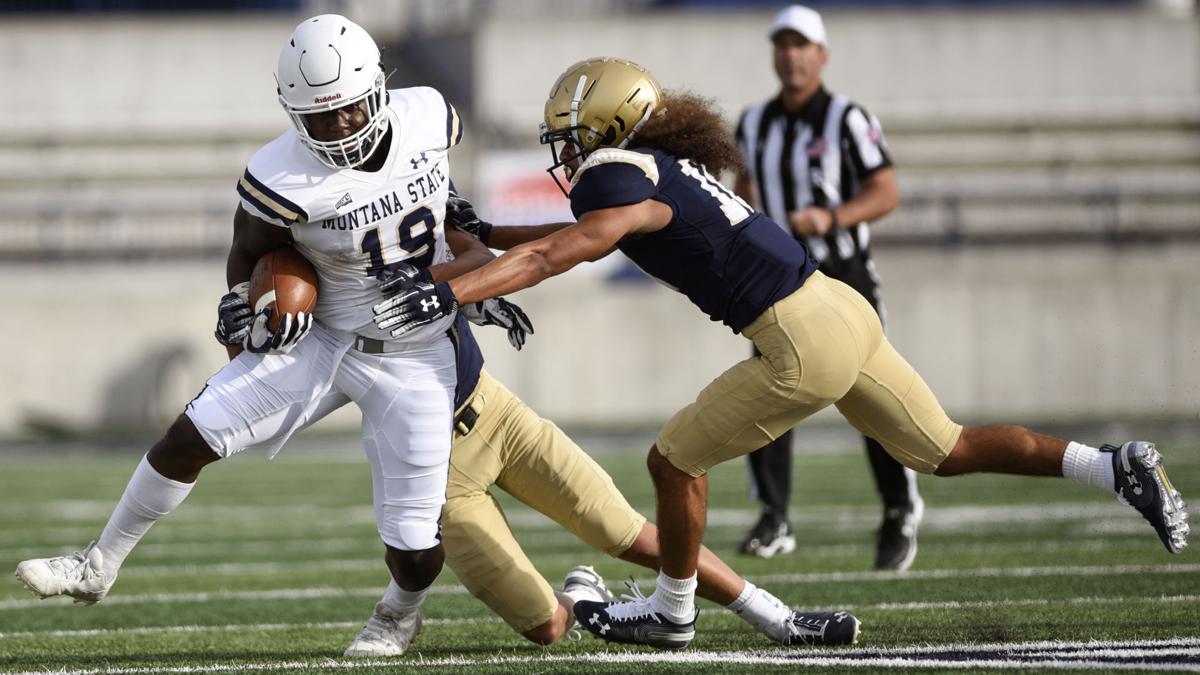 Montana State's Jaharie Martin carries the ball during a scrimmage on Aug. 17 at Bobcat Stadium. 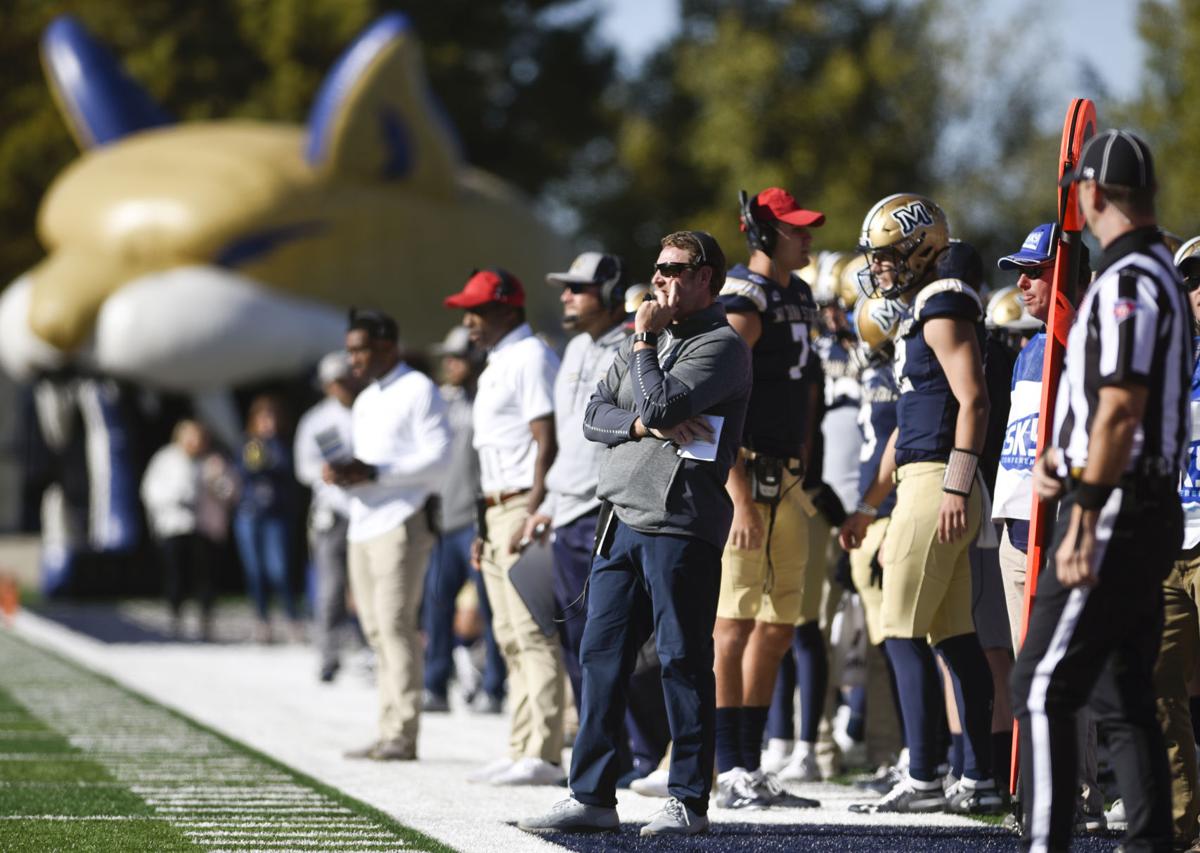 BOZEMAN — Jaharie Martin said he was 11 years old when he was first racially profiled.

He was on his way back from school in the “uppity” neighborhood he lived in with “a lot of big houses.” Then the young black man remembers a police officer pulling up and asking him if he was stealing the bike.

Martin, a Montana State redshirt freshman running back, told his emotional story over a megaphone with people surrounding him.

“I’ve seen my peers get shot down,” the Lakeland, Florida, native said. “… I’ve been held at gunpoint at traffic stops. And it’s not just only us being killed. It’s young black women, too. I still worry about my little sister.”

Protests against racial injustice and police brutality have gathered millions of people in cities across the United States. This follows the death of George Floyd, who died after being restrained by Minneapolis police officers on May 25. Sports figures at Montana State and in the Gallatin Valley have spoken out via social media in the past few days in support of justice.

MSU women’s basketball coach Tricia Binford retweeted a Nike video with the words “Don’t turn your back on racism. Don’t accept innocent lives being taken from us.”

Bobcats men’s basketball coach Danny Sprinkle, who has been vocal on Twitter about racial justice before, posted on Friday, “If you choose to stay silent YOU R PART OF THE PROBLEM.#CoachesStandforJustice #SpeakUp.”

Other MSU student-athletes have also expressed themselves on social media. MSU director of athletics Leon Costello said during a video press conference on Tuesday that his department does not set guidelines on how coaches or athletes use social media. He said “obviously they have the freedom to speak, to think, to do what they want.”

Bobcats men’s basketball player Devin Kirby tweeted last week “It’s a very dark and scary world we live in. Whether you choose to acknowledge that or not is on you. The bottom line is ignorance and hate hold hands. #GeorgeFloyd #JusticeForFloyd.”

On May 27, Kirby’s teammate and Manhattan Christian graduate Caleb Bellach also added on Twitter, “I feel I need to say something. I feel for my best friends, teammates, and coaches of color and something has to change. #justiceforfloyd.”

Costello said he was sad, upset and then angry at the news of Floyd’s death. He told MSU’s coaches that the athletic department’s goal is to align its mission with the university as a whole, which he said is “one of inclusion, one of acceptance, and obviously it’s one of education.”

Costello wants MSU’s Student-Athlete Advisory Committee, made up of Bobcat athletes from every team, to play “a huge role” in voicing any possible concerns they may face. He hopes athletes and athletic department employees feel empowered to speak up if problems occur on campus or in athletics. He added he was ready to adjust his comprehensive five-year strategic plan he established when he was hired if it leads to a more inclusive environment.

Costello said he’s looking forward to athletes returning to campus from countries around the world, which isn’t easy during the coronavirus pandemic. He said he wants to listen to and learn from them.

“We want to hear from everybody,” Costello said. “… The biggest thing is we want to take our words and put them into actions. Of course we’re going to stand for something and our words matter, but I think what people are really going to know about us is the actions we’re going to be putting into place, and that’s going to be driven by what our student-athletes need in the form of support.”

At the end of Martin’s message, a crowd around him offered up cheers and applause. His speech had been watched more than 11,000 times on Twitter less than 24 hours after it was posted Monday night.

“I don’t have a lot to say,” Martin said as he showed the people around him the sign in his hands. “But I am not a threat, and my life matters.”

"At some point you just have to tell yourself now is the right time," Person said.

Before becoming Montana State’s offensive coordinator, Justin Udy studied as much as he conceivably could.

Reports indicate that at least one Montana State football player has tested positive for coronavirus.

The decision to leave Montana State for Boise State was an easy one for Matt Miller, and it had little to do with football.

Montana State coach Danny Sprinkle talks to his team during a timeout during a game against Sacramento State on Dec. 28 at Worthington Arena.

Montana State's Jaharie Martin carries the ball during a scrimmage on Aug. 17 at Bobcat Stadium.