BILLINGS — Alex Singleton left a legacy as a star defensive player at Montana State. Now he has reached another milestone in his football journey.

Singleton, a linebacker who built an All-America résumé while playing for the Bobcats from 2011-14, was named to the Philadelphia Eagles’ initial 53-man roster for the 2020 NFL season, the team announced Saturday.

But in order to stick with the team this year Singleton had to start over, first by diligently working out on his own at home during virtual team activities in the early phases of the coronavirus pandemic and then by making his presence known once Eagles training camp commenced in late July.

Singleton also didn’t have the typical benefit of preseason games, which were canceled due to COVID-19.

Reached via text message Saturday by The Billings Gazette and 406mtsports.com, Singleton signaled a sense of accomplishment but also cautioned against complacency after surviving cutdown day.

“Six years in the making. I feel good. Extremely happy,” he said. “I’m also just as hungry as always or even more.

“Knowing what it feels like to be a guy who got the negative call today, I know how ready some guys are to come for my spot now, and I have to do everything to continue to grow from here.”

Singleton is one of six players listed at the linebacker position on the active roster released by the Eagles. The others are Shaun Bradley, T.J. Edwards, Nathan Gerry, Duke Riley and Davion Taylor.

New rules have been implemented by the NFL in regard to how teams can shuffle their rosters. Notably, teams can keep as many as 16 practice squad players this season, up from 10 in previous years. That should only increase competition among those fighting for roster spots each week.

“To do everything I can for the team to win while continuing to grow my own game and make plays,” he said.

Prior to signing with the Eagles, Singleton played three seasons in the Canadian Football League for Calgary, where he won a Grey Cup championship in 2018, a league defensive MVP award in 2017 and received two all-star selections.

Prior to that, he spent time in NFL camps with the Seahawks, Patriots and Vikings before being released.

Ex-Montana linebacker Dante Olson, the 2019 Buck Buchanan Award winner as the top defensive player in the FCS, was recently waived by the Eagles.

Singleton starred at outside linebacker while at Montana State. He was part of two Big Sky Conference championship teams at MSU in 2011 and 2012 during which the Bobcats went a combined 21-5 (14-2 Big Sky) and made two playoff appearances.

He made 269 total tackles and 37.5 tackles for loss in his career, and was named first-team All-Big Sky and third-team All-America, as well as the Bobcats' defensive MVP after his senior season in 2014.

Singleton made his NFL debut with the Eagles in Week 7 last year against the Cowboys in Dallas in front of a nationally televised Sunday Night Football audience. Philadelphia, quarterbacked by North Dakota State alum Carson Wentz, went on to make the playoffs but bowed out in a wild card loss to the Seahawks.

During an interview in May, Singleton said it was the culmination of a lifelong dream.

“Just to play in the NFL, there’s nothing else like it,” he said then.

The Eagles will open the 2020 season next Sunday at NFC East rival Washington. Kickoff is at 11 a.m.

At 6-foot-10, Duffy grew as a player in the MSU men's basketball program. He lost his life in August fighting an Oregon wildfire.

Camila Noe won the Big Sky Conference cross country title last fall as a freshman. The Bozeman High graduate is having to shift her attentions this fall.

The possibility of a spring FCS season is closer to becoming a reality.

Proceeds from free-will donations, raffle items, and a 50/50 drawing will benefit student-athlete scholarships. 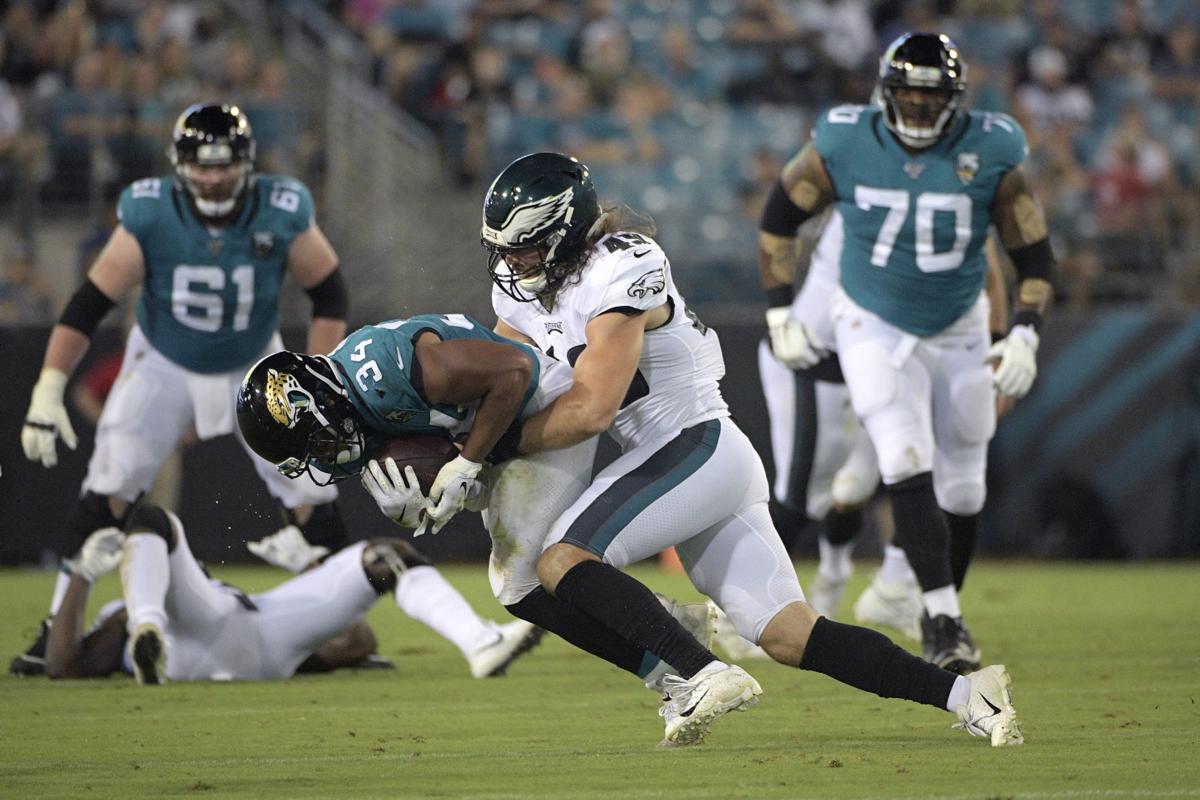 Eagles linebacker Alex Singleton wraps up Jaguars running back Thomas Rawls during a preseason game in Jacksonville, Fla., in August 2019. 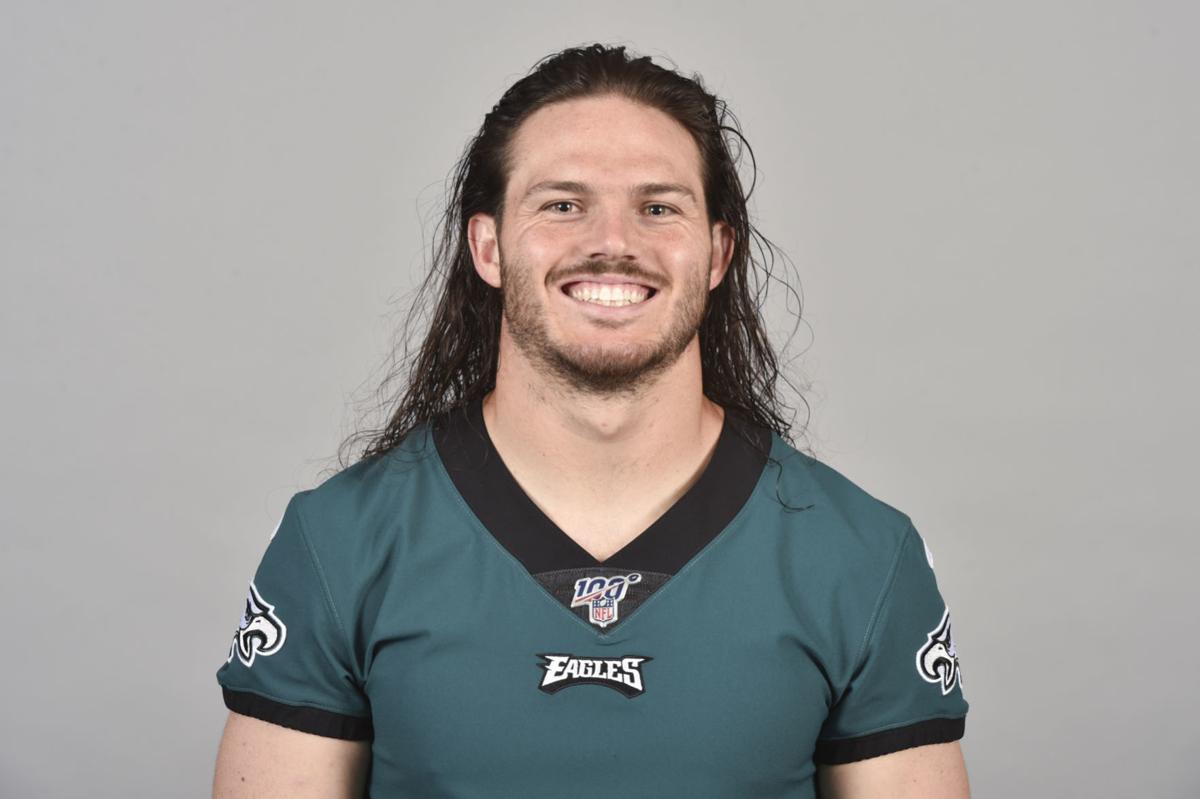