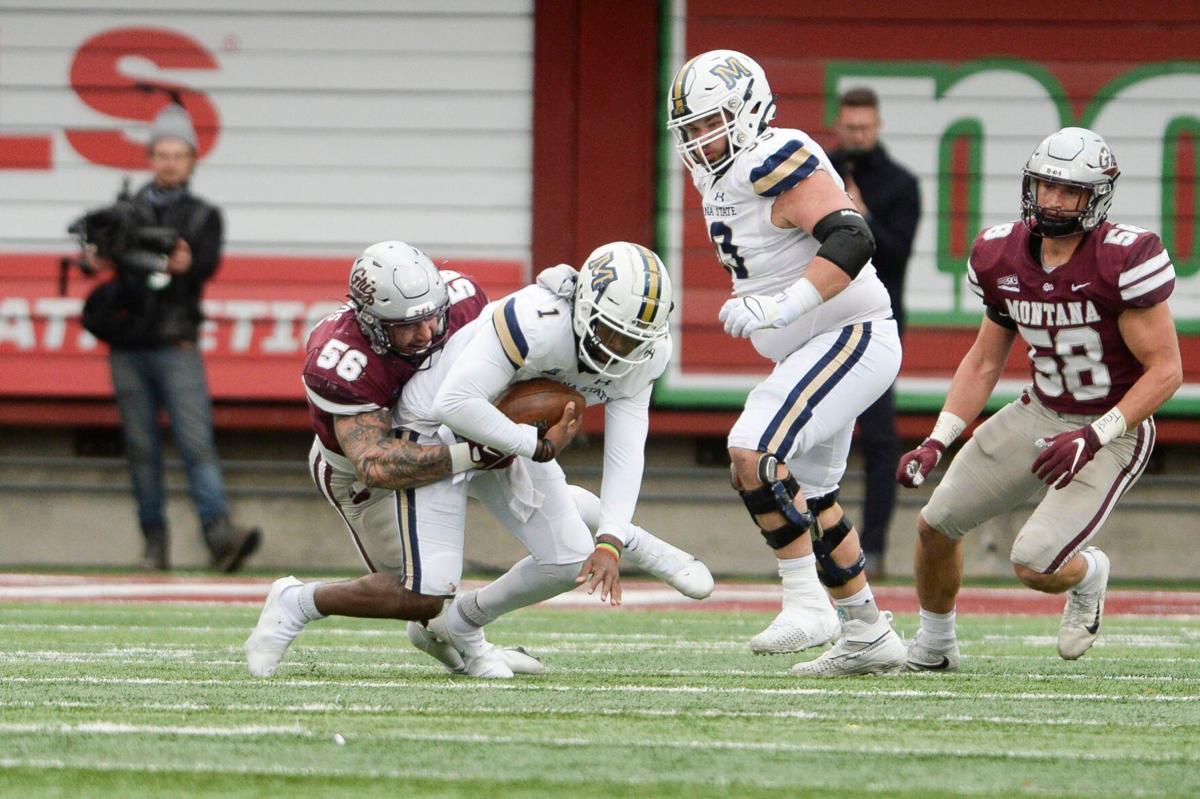 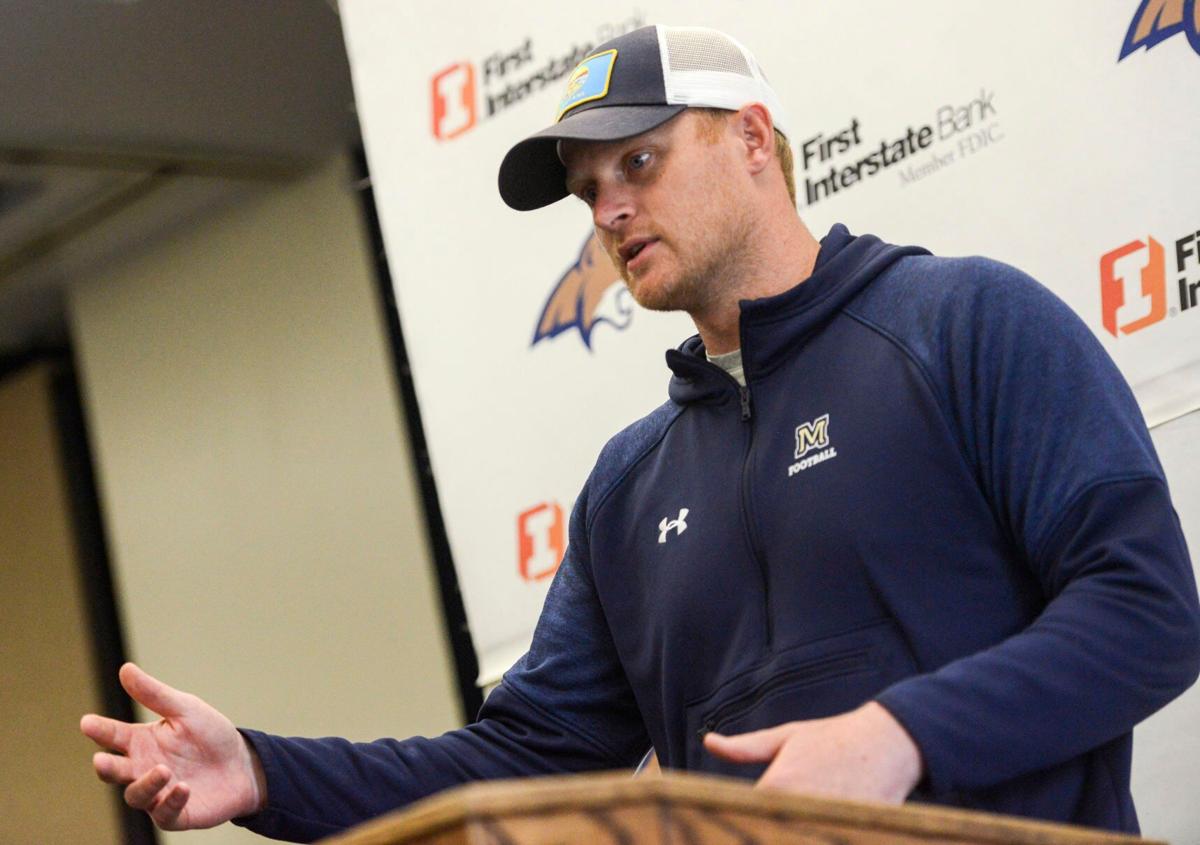 MSU’s offense compiled a season-low 204 yards in the 120th Brawl of the Wild at Washington-Grizzly Stadium in Missoula. The Grizzlies subdued All-Big Sky first-team running back Isaiah Ifanse. They pressured quarterback Matthew McKay all game, and he struggled even when he had time.

Maybe most concerning of all, it was one of several lackluster offensive showings from MSU in recent weeks.

The No. 7-ranked Bobcats (9-2) are spending this bye week before their FCS playoff opener trying to fix their scuffling offense.

“We went into the game and had everything on the line, and as an offense in this program right now, we're not ready for that moment,” said Housewright, who’s in his first year as coordinator. “So where do we go from here? We’ve got to pick ourselves up and keep working and keep getting better.”

Ifanse finished Saturday’s game with a season-low 50 rushing yards on 19 carries (2.6 yards per carry). He missed the second half of the previous week’s game against Idaho with an injury, and Cats head coach Brent Vigen said after the Brawl that Ifanse wasn’t at full speed.

Ifanse’s health, coupled with banged up backup Elijah Elliott and the absence of injured right tackle TJ Session, certainly didn’t help the Cats against the Griz’s tough defense. But the issues were hardly isolated to injuries.

UM’s heavy blitzing scheme often forced McKay to scramble, take a sack or throw the ball away. The redshirt junior was also sacked on plays in which he appeared to have time to at least get rid of the ball. Some of his throws went over the heads of his wide receivers. On others, he threw one way to a receiver who broke a different way.

“Some of them are on me, just understanding the play call. Some of the receivers just have to understand what we’re looking for in the pass game,” McKay said Saturday. “It’s all about executing. That’s what we need to focus on, just little details.”

The North Carolina State transfer completed 12 of 25 passes for 108 yards and a 20-yard TD to Nate Stewart with 48 seconds left in the game. McKay was also sacked four times and had nine rushes for 23 yards (2.6 yards per carry), including a 30-yard run in the first quarter that set up MSU’s lone field goal.

“Matt was on his heels a lot, whether he was seeing guys or guys were already there or we missed some blocks,” Vigen said Saturday.

Housewright was asked Wednesday why McKay has struggled recently.

“I don't really want to answer that, to be honest with you,” Housewright said after a pause. “We'll get better at that position.”

He neither confirmed nor denied that diminished confidence might be ailing McKay.

“At quarterback, it's all confidence,” Housewright said. “Any athlete, regardless of sport, if you lose your confidence, then you're not going to be very good. That's the difference between good players and great players, good quarterbacks and great quarterbacks.”

As the season has worn on, Tommy Mellott has replaced McKay for significant stretches of games. The freshman from Butte has only thrown four times this season but has been an explosive runner, compiling 294 yards and four TDs on 36 carries (8.2 yards per carry).

Housewright didn’t indicate if Mellott or second-string QB Tucker Rovig, who started in 2019, will see the field more in the playoffs.

“Guys are always competing at every position. It's week to week,” Housewright said. “So I think as long as guys show up and compete and keep getting better, whoever we put out there is the best product.”

An element of McKay’s game that has largely disappeared is variety. He’s rarely targeted tight ends or thrown over the middle in the last five games. It’s hard to recall a screen pass. The vast majority of his throws seem to go to All-Big Sky first-team wideout Lance McCutcheon, who caught three passes for 30 yards against the Griz.

“We didn't get it to him enough, and he's still mad. He feels like he could have done something more,” Housewright said of McCutcheon. “He's been a great leader, and I think some guys need to follow him more.”

MSU tried to “create momentum” Saturday, with a fake field goal attempt late in the third quarter, Vigen said, but UM's Jace Lewis forced a fumble and Justin Ford returned it for a TD to put the Griz up 26-3.

The Cats also tried to “light a fire,” Vigen said, when they put linebacker Troy Andersen in the backfield down 19-3 earlier in the third (Andersen began his MSU career at running back and was an All-Big Sky QB in 2018). Mellott, who finished with 27 yards on seven carries (2.9 yards per carry), ran a read play with Andersen, kept it and gained five yards. Andersen blocked on the next play, and Ifanse lost five yards. The Big Sky defensive player of the year was then subbed out, and the Cats punted.

“Tried to do something a little different. He's obviously a special talent,” Housewright said of Andersen. “I wish it would have worked better. Maybe should’ve done it more. I don't know.”

Housewright blamed himself for the lack of throws over the middle, the poor adjustments to the Griz’s aggression and for not putting his players “in a good enough position to compete,” he said.

“It's not a matter of our guys not trying. They tried. It's never the issue here. We've got a good culture,” he said. “It falls on me.”

The Cats are sitting in an unfamiliar spot. They opened the season with a 19-16 loss at heavily favored Wyoming, an FBS team, and their offense mostly played well. Even when the offense struggled during the following two months, MSU won, usually by double-digit margins and twice against then-ranked opponents (EWU and Weber State).

Now the Cats are tasked with processing a lopsided loss to their arch rivals while preparing for a postseason full of good teams. Housewright is certainly ready to move forward, while recognizing that his offense’s flaws might not be easy to fix.

“When you have a game like that on offense,” he said, “hopefully it wakes you up, wakes the whole program up.”

After enjoying Thanksgiving during the bye week, the Bobcats are back into game week mode.

The Bobcats are spending this weekend in San Antonio.