Subscribe
Read Today's E-Edition
Share This
In search of home, Minnesota's Eli Gillman found what he was looking for at Montana
0 Comments
Share this
FRANK GOGOLA Missoulian

MISSOULA — Eli Gillman felt right at home as he walked around Montana’s campus.

He was pleasantly surprised by the friendliness of the people he came across while on the visit. Their politeness and welcoming attitude gave him a sense of family and community. So much so that he raved about the coaching staff, the school and the city to his high school coach, Ryan Weinandt, when he returned to Minnesota.

The feeling of a tight-knit home is an important one to Gillman, a running back signee in UM's 2022 recruiting class. He’s one of three adopted children who grew up in a family of five kids in Dassel, Minnesota, a small city with a population of about 1,400 people.

Montana’s campus reminded him of his hometown, even though it’s bigger with an enrollment of about 10,000 students. School size wasn’t Gillman’s top priority during the recruiting process, but what he experienced at UM gave him another reason to want to commit.

“It felt like it could obviously be another home,” he said. “It’s different, but it gave it that home environment.”

Gillman committed July 23, 2021, just under a month after he attended UM’s on-campus summer camp, which led to a scholarship offer. He had six other NCAA Division I offers at the time and had been leaning toward North Dakota before visiting the Garden City.

After giving his pledge to UM, Gillman shut down his recruiting, although North Dakota State reached out again, he noted. Long before UM offered him, he had been having conversations with the Bison, who have won nine FCS national titles during the past 10 fall season and are ranked No. 1 in FCS preseason Top 25 polls this summer.

The Bison had wondered why he had committed somewhere before they even offered him, he recalled. But they had ample time to do so and still hadn't extended an offer, so he didn't feel he was wanted there. Perhaps he and the Griz, who are ranked third or fourth in preseason polls, will get a shot at the Bison in the national title game in the coming years.

“Since I was a little kid, I’ve been a fan of NDSU, so it would have been nice to go there,” he said. “If they didn’t want me as bad as Montana, then I didn’t feel like going there.”

Gillman found one home in the arena of athletic competition. At first, he played soccer, wrestled and had ice hockey games on frozen lakes or ponds with friends and neighbors. Then he tried tackle football in eighth grade. One year later, he was beginning his stint as a four-year varsity starter for Dassel-Cokato High School.

Gillman loved playing defense and excelled as the varsity team’s shutdown cornerback as a freshman. One game, he ripped off a 67-yard touchdown run when the coaches put him in at running back during garbage time. He soon found himself on the offensive side of the ball. The move didn’t initially sit well with Gillman, but he came to embrace offense.

The 6-foot, 210-pound running back proved to be a lethal threat with the ball in his hands. Gillman racked up 2,790 total yards and 36 touchdowns across his sophomore and junior seasons. He didn’t care about the stats; his competitive drive was focused on winning a state title for the family that was his team after being the state runner-up his sophomore year.

Not fazed by the pressure, Gillman helped the Chargers go undefeated and win their first state crown as a senior while running for over 1,900 yards and 43 scores, even as teams game planned to stop him. The success led him to being one of 10 finalists for the Minnesota “Mr. Football” Award while playing in Class AAA, the middle classification out of seven in the state.

“He had what people would think is a lot of pressure on him, and he never once flinched, he never submitted to that,” Weinandt said. “Sometimes you see cracks in guys and they can’t handle things throughout a season. He’s been able to be who he is through a lot of adversity and challenges. To me, that’s impressive.”

Gillman once ran power about 50 times in a game because the team needed that. He embraces the physicality of running back because of his love for hitting and tackling, which he developed on defense. It helps that he squats over 500 pounds.

Another time he had only five carries and would catch passes out of the backfield. He would show his initial cut and burst of speed, which he also displayed on the track when he ran 10.86 seconds in the 100-meter dash.

Sometimes Gillman would play on both sides of the ball when it was in the team’s best interest, lining up at cornerback, outside linebacker or a rare showing at defensive tackle. He even occasionally jumped in on the scout team’s offensive line at practice.

He’s a unique player for Dassel-Cokato. That extends to being the school’s first NCAA Division I full-ride scholarship player in Weinandt’s 18 seasons coaching the football team.

“He’s humble and has always shied away from the limelight in a good way,” Weinandt said. “He’s never been a me-first person. He’s always been hardworking and concerned about others. For as good of an athlete as he is, he’s a good student and a good person. I think that’s why he’s so endeared by his teammates.”

Gillman had his first new home before he even knew it. He was adopted at 2 days old by Dawn and Brian Gillman of Minnesota, he said.

Eli understood what it meant to be adopted around 8 years old, but he didn’t think much of it until he was about to meet his biological mother in Florida around 12. He experienced some discomfort about the situation and questioned why she didn’t want to keep him.

He came to understand why she put him up for adoption: She thought he deserved to live in a house with a mother and father, he recalled. He feels Dawn and Brian have provided him with the tools and support to live a more successful life.

Eli admittedly didn’t always have a deep love for playing sports, but his parents kept him and his siblings involved. He soon found that he could use sports to make friends. He also realized that he was pretty good, and he became a three-sport athlete in high school, also playing basketball and running track.

“I got adopted into a family with loving parents,” he said. “It’s good to have good surroundings around me. It’s just nice. I get to playing in college and go to school now. I don’t know if I would have been able to do that with her in Florida.”

Eli, who was homeschooled until he was in seventh grade, is the middle child of five in the Gillman household. He has two older sisters who are Dawn and Brian’s biological daughters as well a younger brother and younger sister who are both adopted.

He now is preparing to move away from his family in the coming weeks. Freshmen will report to campus ahead of preseason camp in August as the Griz gear up for their season opener Sept. 3 at home against Northwestern State.

Eli could play in up to four games this season without burning his redshirt. He could potentially play in more if he proves he can immediately contribute at a high level.

“This opportunity means a lot to me,” he said. “I dreamed of this for a long time ever since I got started in football. It seems like my hard work is paying off. It’s good I had a good family atmosphere growing up. I’m glad Montana feels like it can be a similar way, so that makes it easier to move there.” 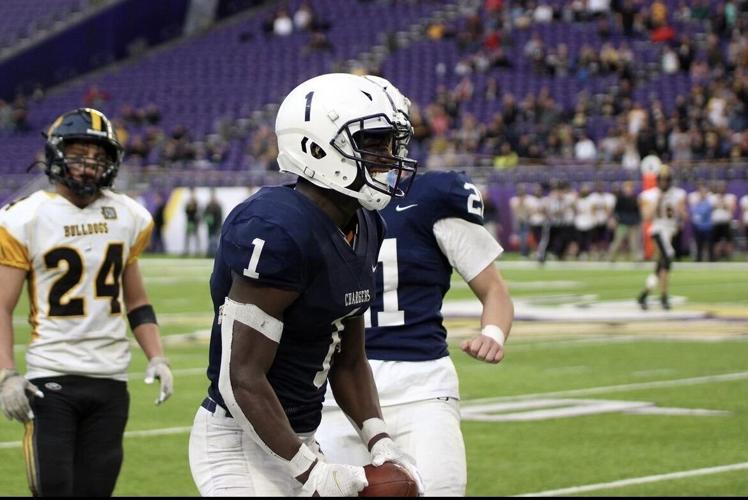 Montana football signee Eli Gillman celebrates during a high school football game while playing for Dassel-Cokato in Minnesota. Gillman will join the Grizzlies as a running back this season. 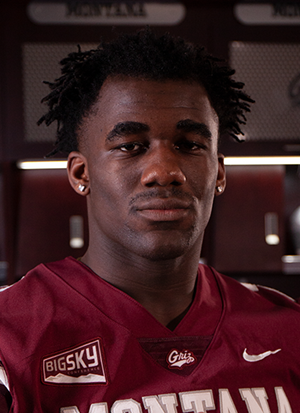