MISSOULA — Five games into the season, the outlook for the rest of the campaign looked dreary for the Montana men’s basketball team.

A season-opening loss on the road to a tough Stanford team was followed by a relatively close win over NAIA MSU-Northern, which then led into a three-game losing streak. The Grizzlies fell to NAIA Montana Tech during that stretch, as well as to tough teams in Arkansas and Washington.

The free fall, however, did not last as Travis DeCuire’s squad came out of its funk to win 17 of its final 26 games, before the Big Sky Conference tournament was shuttered due to the coronavirus pandemic.

The final product became one of the best, if not the best, coaching jobs of Travis DeCuire’s six-year tenure.

One of the biggest obstacles to the Grizzlies’ nonconference success was simply that there were a lot of new pieces in place. Three freshmen — Kyle Owens, DJ Carter-Hollinger and Josh Vazquez — combined for 31.9% of the 6,275 minutes Montana played this year.

To put that in perspective, just seven freshmen have played 400 or more minutes in a season for DeCuire, with three of those coming this season. Vazquez played the second-largest allotment of freshman minutes under DeCuire, barely eclipsed by Fabijan Krslovic’s 829 minutes played during the 2014-15 season.

And, of course, for significant stretches this season Vazquez was a primary ballhandler, not something that is easy to do. In fact, in the first two games of his college career, Vazquez played 73 of a possible 80 minutes.

Meshing these freshmen in with the other, more veteran Grizzlies proved to be a potent combination. It was obvious from the very first minutes in the game against Stanford that Sayeed Pridgett was going to be an excellent leader for the younger players.

As competitive as a person can be, Pridgett was always going to do whatever it took to will his team to a win and as part of that, he became a teacher. There were hundreds of moments throughout the season when Pridgett would correct someone’s mistake and get them into the right position the next time  down the floor.

For DeCuire, having that extra coach on the court helped. He mentioned numerous times throughout the year how impressed he was with the development of the underclassmen, commenting once that it was amazing how well a team could play if everyone did what coaches asked them to.

The young Grizzlies did just that.

Montana’s offense got better by leaps and bounds when Big Sky play started as the team drastically cut its turnovers and improved its field goal percentages. It was obvious players were listening and taking advantage of the scouting reports throughout the season, something the coach said throughout the year.

Mack Anderson was apparently one of the very best at that, which helped the sophomore find more minutes as the season went on.

On what seemed, at least from the outside, as a pretty ego-free team, Montana’s success this year also depended on players adjusting to their roles. While Pridgett had to become more of a leader, it was Kendal Manuel who got far better on defense. Timmy Falls was able to find a good medium, most of the time, with his fiery competitiveness, avoiding some of the fouls that had cost him court time in the past.

Anderson found a spot in the rotation, as did Eddy Egun, though his minutes were still somewhat sparse. In all, it was a group that really came together well and that leadershship stems from the top downward.

There was no small chance Montana might have made the NCAA tournament this year had it been played. The Grizzlies had a chance to take the conference title outright all the way until the last week of the season, leading all but the final few weeks.

Considering the production and Montana stalwarts the Grizzlies had to replace going into the season, that’s not a bad place to be.

Add in a first- and second-team all-conference selections for Pridgett and Manuel, respectively, as well as the freshman of the year in Carter-Hollinger, and that adds up to a pretty solid sixth season for DeCuire.

Schweyen was 52-69 in four seasons as head coach of the Montana Lady Griz.

The coronavirus pandemic and the financial impact on Montana athletics

Like many athletic departments across the country, Montana is trying to figure out what the ongoing coronavirus pandemic will mean for it financially.

MISSOULA — Cameron Satterwhite will finish up his college basketball career at the University of Montana.

Lady Griz surprise: Gabi Harrington to play at Idaho after 3 seasons at Montana

Former Lady Griz Gabi Harrington announced on her Facebook page Thursday night that she will play her final season at Idaho.

Lady Griz surprise: Gabi Harrington to play at Idaho after 3 seasons at Montana

Former Lady Griz Gabi Harrington announced on her Facebook page Thursday night that she will play her final season at Idaho.

'I didn’t limit myself': Forsyth's Paul Johnstone transforming himself into top sprinter for Griz

Where you at, how you doing? Griz soccer player Rita Lang bides time at home in Oregon with 'Harold'

Griz soccer player Rita Lang is quarantined at home in Oregon with her family, which includes a 'nice' ghost. 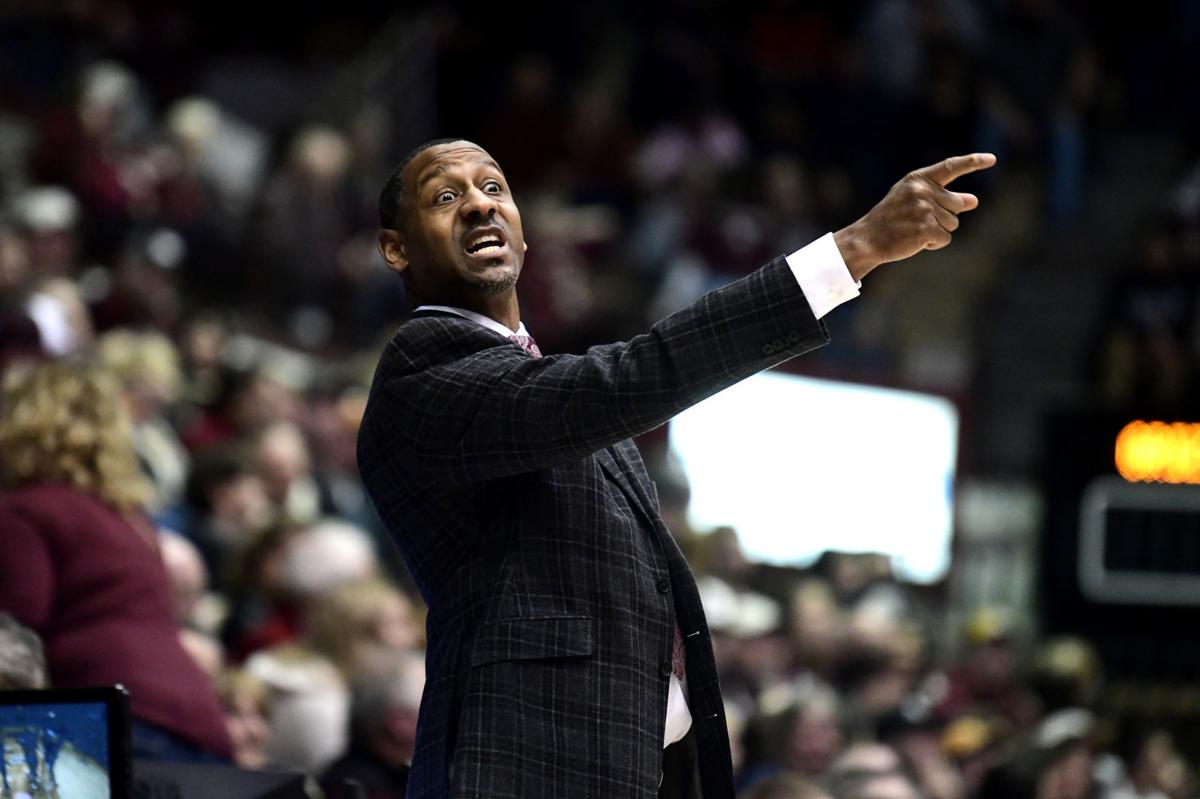 Montana head coach Travis DeCuire speaks to his players from the sideline during the Cat-Griz game earlier this year. 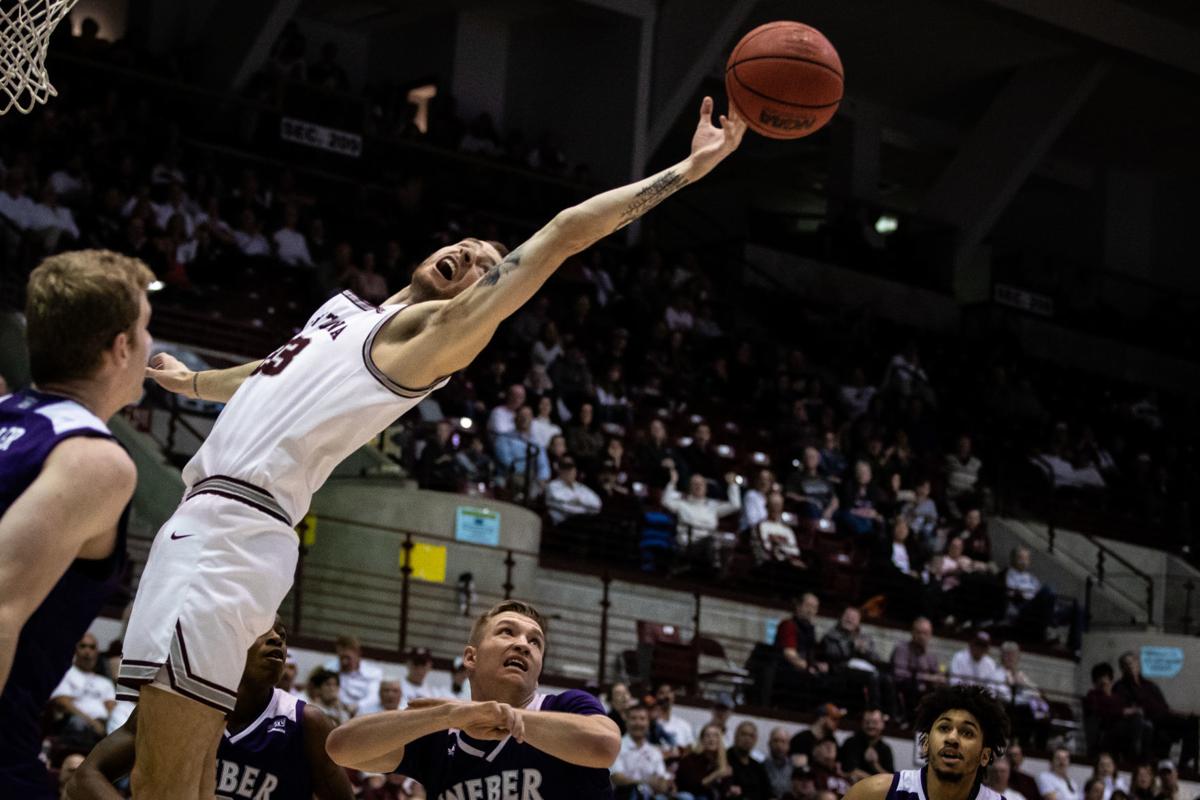 Montana sophomore foward Mack Anderson stretches, barely missing a rebound early in the first half of the game against Weber State.