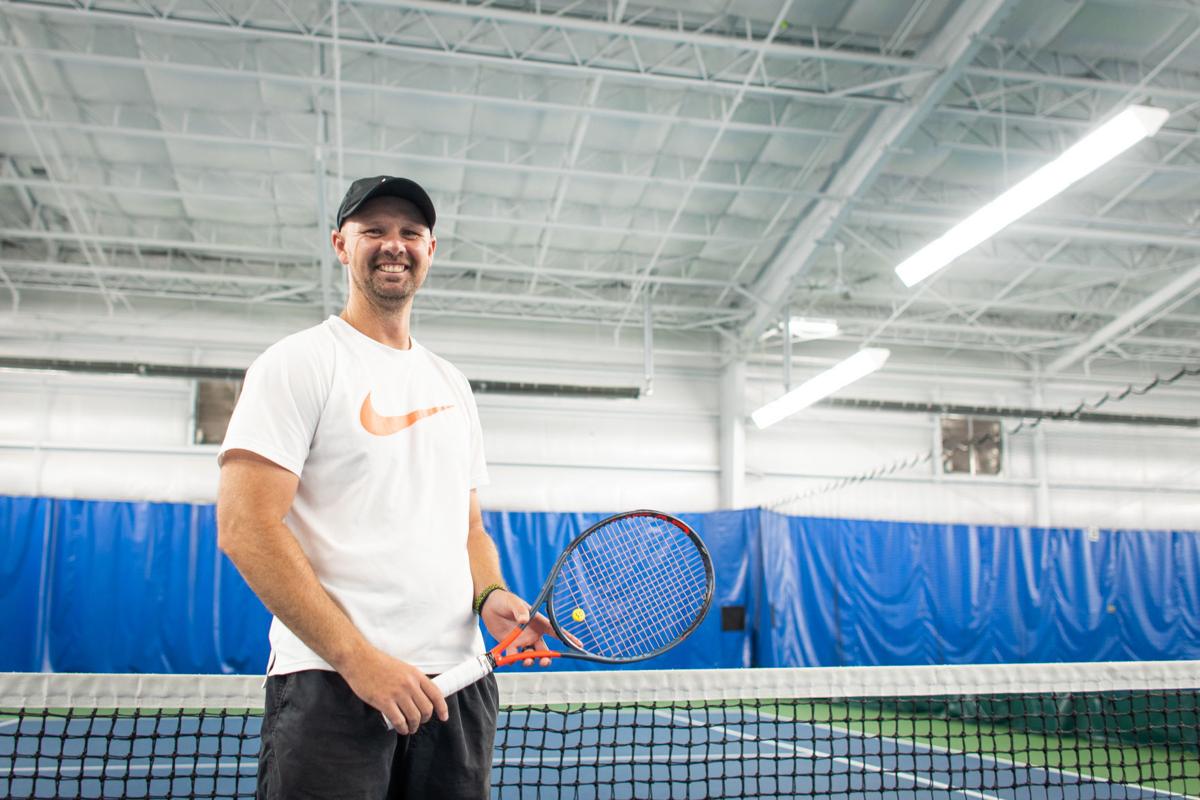 Jan Steenekamp was a force for the Montana tennis team, pushing the program to a new level of competitiveness with his success at the No. 1 spot. Steenekamp continues to enjoy success on the hardcourts as the award-winning director of junior tennis at the Peak Racquet Club in Missoula. He also serves as an assistant coach for the Montana Grizzlies.

MISSOULA — Arguably the greatest tennis player to ever compete for the Montana men's team, Jan Steenekamp is still acing the competition on the hardcourts at age 37.

These days he focuses his energy on coaching his favorite sport. He works as director of junior tennis at the Peak Racquet Club in Missoula and serves as an assistant coach for the Montana men's tennis team.

Steenekamp is so good with kids that he was named USTA-Intermountain Developmental Coach of the Year last November. He was up against mentors from six different states, including Montana.

A native of South Africa, Steenekamp moved to the United States in 2001 to play college tennis — first at the University of Louisiana-Monroe and then at Montana. He went on to become the only Grizzly to be named first-team all-Big Sky Conference three times and has the highest-ever regional ranking (No. 18) in UM history.

Steenekamp, who finished his college career in 2006 and has helped many of western Montana's best high school players since then, took time out from his schedule to talk with the Missoulian and 406mtsports.com recently.

Q. What's your fondest memory of playing for the Grizzlies?

A. My senior year was one of the better memories I had. My career with the Grizzlies was almost like a two-part, where my first two years were good and then I red-shirted and then I came back for my senior year. We went to the Big Sky finals for the first time ever. The personalities, we had a bunch of new guys. That's maybe where the program switched over into more of a competitive program for the next 15 years.

Q. You're a big guy at 6-foot-2, 200 pounds. Do you ever think about what sport you might have played had you grown up here instead of South Africa?

A. I would have liked to have tried football. Basketball, I just don't see myself doing any of that. And baseball, the length of the game ... Yeah, I've thought about if I grew up here it might have been fun to play football. I don't know if I see myself as maybe a wide receiver or cornerback or linebacker. That's one of the big things tennis fights a lot in this country is exposure and the money.

Q. What inspired you to get into coaching tennis?

A. When I got done playing here I had a chance to coach at Eastern Washington. I still played (satellite tournaments) at the same time. It evolved from there. When I was at Eastern another opportunity came up. I came back to help (former UM coach) Kris (Nord) about a year later. It was something I really enjoyed.

Q. What did it mean to you to be named USTA-Intermountain Developmental Coach of the Year?

A. It was nice in the sense that you could win something from one of the smaller (populated) states. Being part of Intermountain tennis the last 10 or 12 years helped because I met a lot of people coaching youth tennis in Vegas. That was a fun experience. Part of it is time spent coaching Intermountain teams. Everything added up to that award.

A. Most of the good coaches have a good background in playing. That experience helped. But what stands out is, as a player you look up to someone like a Federer, but when you get into coaching you need to find some coaches with good track records and study them and learn from them. I've been very fortunate to run into these coaches who were willing to help out. Then what I've found from great coaches is they have this ability to communicate so well. Not all great players are great communicators.

Q. Who is your favorite tennis player?

A. I think this will go down as a special era. I like the Federers and Nadals and I may not like some of the other players as much but I respect what they've done. Growing up, for me, I was an Agassi fan but Goran Ivanisevic was the guy. He was pretty charismatic on the court, big serve, showed his emotions. One of my favorite moments was when he won Wimbledon in 2001. I like to see emotion now and then.

Q. Did you show a lot of emotion as a Grizzly?

A. I probably wouldn't call myself even-keeled as a player. You could see what I was thinking on the court. My coach, growing up, told me when I was 14 that I was one of the few players he ever knew that played better when I got mad and showed it. That was always the switch. He was worried when I didn't show anything. Maybe that's why I relate to Ivansiveic and Agassi. Maybe an outburst here or there got me going.

Q. Why help with the Griz when you're so busy with the kids?

A. It's not so much the money as the time spent with the team is fun. (Head coach) Jason (Brown) and I get along really well and I like to help. He likes to see me succeed and I like to see him succeed. We help each other. The second part is that all these young players want to play college tennis, so it's a chance for me to stay in touch with reality. Then I can tell them these are the changes we see in the game.

Q. How has college tennis changed from when you played?

A. They say tennis changes every six months. The game has gotten a lot more physical. People are bigger and stronger and faster and some of the strings and rackets help these guys speed up the game. Tennis has become a game more of diagonal movement than just lateral movement. The angles have changed. Guys try to open up through the sideline instead of just corner to corner. I grew up watching Sampras and Rafter serve and volley. I was part of that generation where the game style switched a little bit. I was an all-court player. My game was based off my serve and return, my two best shots.

Q. How have you handled the last three months professionally?

A. It's had its ups and downs. We've been going for about a month (at the Peak) now. We were fortunate we could get out and hit some, so you could direct some kids from afar. But (COVID-19) definitely killed momentum in some ways. All of a sudden there were no tournaments. You kind of start over in some areas. The best way I could put it is trying to maintain as best we can.

Q. What can we look forward to from the Grizzlies next spring?

A. They're going to be good. This is going to be one of the better teams coming up. The next three or four years, I think we'll be in the mix for sure of the teams competing for the conference title.

Where Are They Now: Derek Selvig making his own name as a coach at Montana Tech

MISSOULA — Marc Mariani has long been one to exceed expectations.

Montana soccer coach Chris Citowicki is thankful for all the freedoms and opportunities the United States has given him, and he'll be celebrating that on his first Fourth of July as a US citizen on Saturday.

Bill Speltz: Grateful Grizzlies give back, reminding us all why it's called the Treasure State

During a time of unrest, it's important to note that Grizzly athletes are every bit as gracious and grateful as they were 50 years ago.

The Montana Grizzlies got their second-known football commit in the class of 2021, landing a 2-star wide receiver from right in town.

Montana got a commitment Sunday from a former Arizona defensive end who's started 26 games in the Pac-12.

Jan Steenekamp was a force for the Montana tennis team, pushing the program to a new level of competitiveness with his success at the No. 1 spot. Steenekamp continues to enjoy success on the hardcourts as the award-winning director of junior tennis at the Peak Racquet Club in Missoula. He also serves as an assistant coach for the Montana Grizzlies.