BILLINGS — This weekend, Brendan Howard will graduate from Montana State Billings with an undergraduate degree in business marketing. It will be his final obligation as a member of the Yellowjacket family before he packs up and heads east to the University of North Dakota to take the next steps forward on his college basketball path.

UND’s gain will be MSUB’s loss, as Howard, in two full seasons, established himself as a Division II force with more than 1,000 points, nearly 350 rebounds and plenty of local name recognition to shine a bright light on coach Mick Durham’s program.

For Howard, who was twice named the state’s Gatorade player of the year during his prep career at Great Falls High, it’s a necessary move. With two years of eligibility remaining — a circumstance afforded him as a result of the COVID-19 pandemic — the chance to take a (second) shot to play Division I basketball is too much for him to pass up.

Still, the decision wasn’t made lightly.

Howard began his career in the Big Sky Conference at Eastern Washington, where he sat out as a first-year redshirt during the 2017-18 season. He then elected to transfer to MSUB, where his older brother Bobby, a former Great Falls and Montana State standout, was the top assistant under Durham.

The move paid dividends, as Howard was named freshman of the year in the Great Northwest Athletic Conference and chosen as a second-team all-league performer as a sophomore. His 1,023 career points had him on track to break the school scoring record by the time he was done.

Bobby Howard later left the program to take a job with Synergy Sports Technology. Then, coronavirus struck. MSUB opted out of the 2020-21 season (save for two exhibition games) and Howard, along with every other athlete, was able to keep a year of eligibility.

Howard said the fact that he still had two years to play made the thought of transferring that much more appealing. He entered his name into the NCAA’s transfer portal and the coaches at UND — which include assistant and former MSUB head coach Jamie Stevens — sold Howard on the Fighting Hawks.

He chose North Dakota over Idaho State and a few other offers, including one from coach Steve Keller and the University of Providence in Howard’s hometown of Great Falls.

“They talked to me the whole time,” Howard said. “I felt like it would be the best fit or me.”

Howard believes his game is much more suited for the D-I level than it was when he first went to Eastern Washington.

First, he’s now stronger and quicker, which was essential as a 6-foot-6 power forward. But that was only one piece of it.

“The biggest thing has been my shooting. It’s improved a ton. And just being smarter with the ball, taking care of the ball a little bit better. Those are the two main things. And my body is where it needs to be overall.”

At North Dakota, guided by head coach Paul Sather, Howard’s ultimate goal is to win a Summit League title and play in the NCAA Tournament. The Fighting Hawks haven’t been to the Big Dance since 2017 when they were in the Big Sky Conference.

Howard is one of four known players to have announced an intention to leave MSUB since the end of the 2018-19 season. The others are Chrishon Dixon, Clarence Daniels and Zharon Richmond.

That puts the Yellowjackets in an precarious spot personnel-wise, but Howard said he has the team’s support.

“I owe a lot to coach Durham and everyone at MSUB. They gave me a great two years there. I have no ill will,” said Howard, who will work toward a master’s degree in business at North Dakota.

“It was a great experience. They taught me a lot and they did a lot for me. I don’t think I’m where I’m at without coach Durham and Bobby. And even coach (Shawn) Neary and coach (Luke) Fennelly this year — they helped out a lot. We had great support from our athletic director Krista Montague as well. I owe a lot to them and I appreciate everything they’ve done.”

Fisher is a first-team selection while Gregerson is on the honorable mention list.

BILLINGS — Montana State Billings closed out its softball season on a winning note Saturday in defeating No. 25-ranked Northwest Nazarene University 9-2 in the second game of a Great Northwest Athletic Conference doubleheader at Avitus Group Stadium.

BILLINGS — Senior Garrett Woodin and sophomore Kevin Kolb are representing Montana State Billings on the all-Great Northwest Athletic Conference golf team, which was announced by the league on Friday.

Tierney Messmer and Avery Gill were both chosen for the second team.

Competing on Friday morning at Drake Stadium, Ackerman beat 11 other competitors with a throw of 216-3 to claim the title. 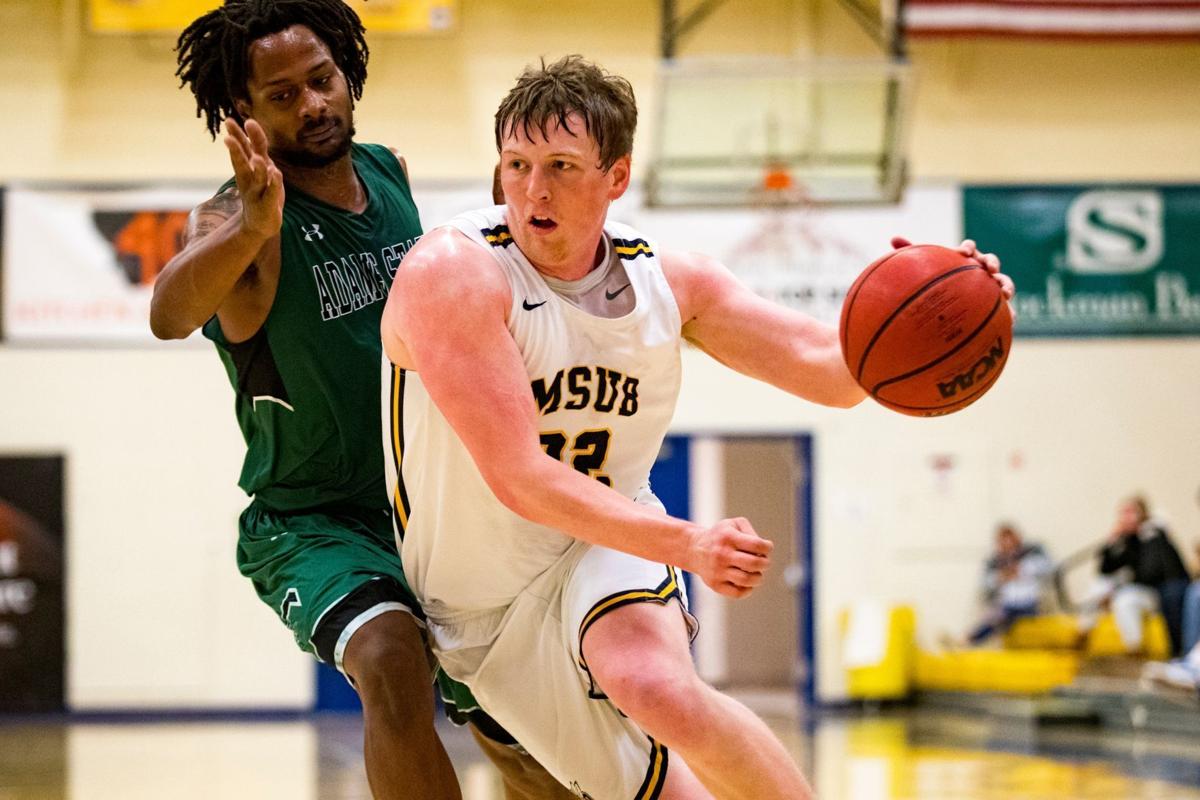 Brendan Howard, pictured playing for Montana State Billings, recently signed to join the program at the University of North Dakota. 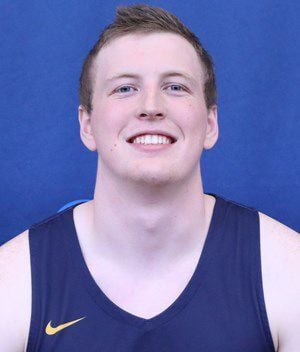