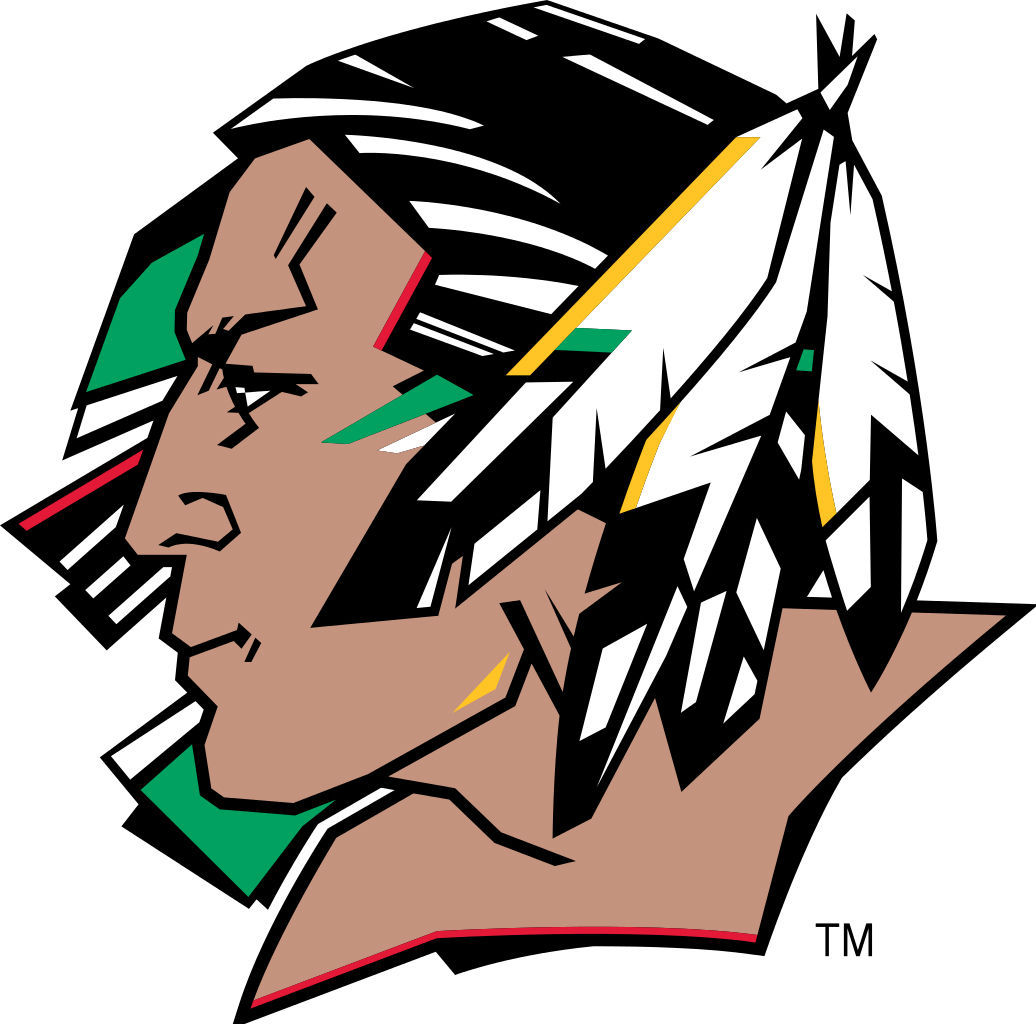 Voting is now open on what mascot should replace the University of North Dakota’s nickname, the Fighting Sioux. 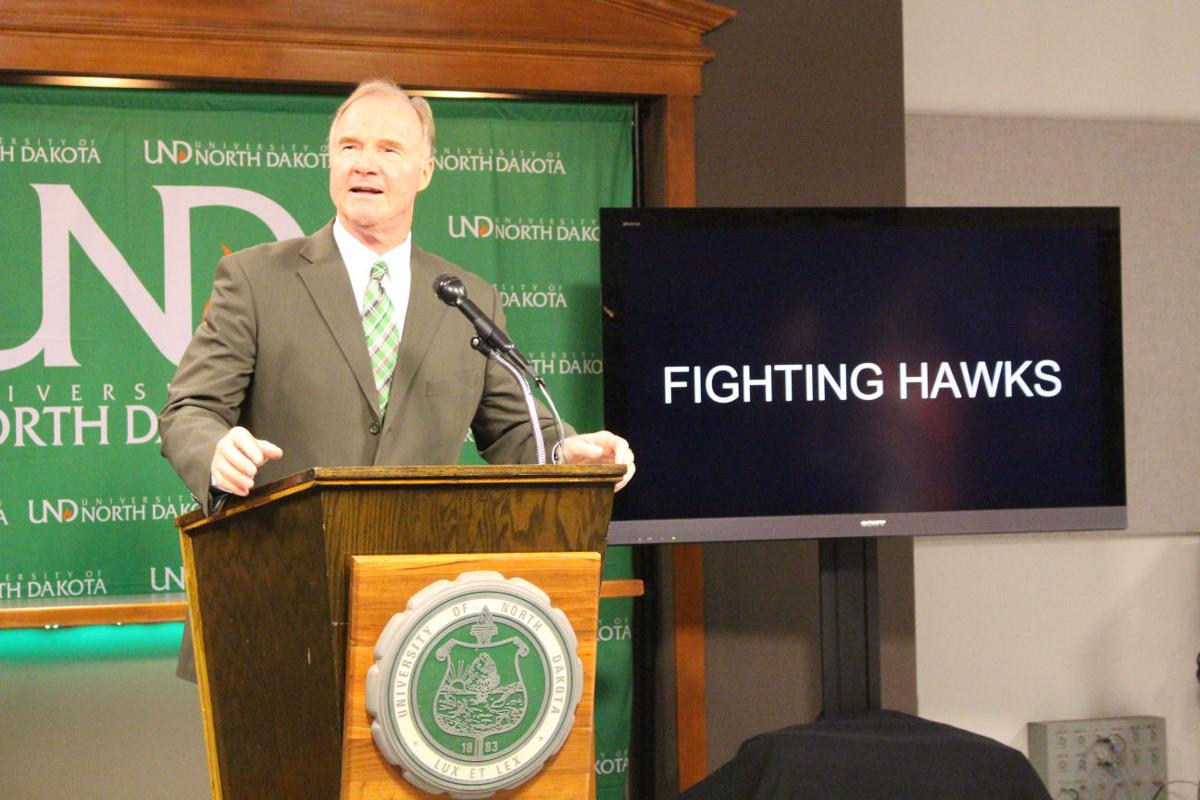 The documents allege there was no Sioux representation in the process of developing a plan to pick a new nickname and then implementing it. It also protests members of the Sioux Nations aren't among the chosen group of stakeholders who can vote on a new name beginning Monday morning.

"In other words, someone with no other ties to UND other than the purchase of a season ticket is allowed to participate in the vote on the nickname selection, but not the members of the Sioux Nations, who bestowed the name to UND," court documents state.

R.J. Morin, a UND student and a member of the Turtle Mountain band of Chippewa, didn't want to say he was "over it," but that pretty much sums up how he feels about UND's nickname and logo.

As a busy student majoring in music, Morin said even though he was a member of the task force that developed the process his school has used to pick a new flag to fly, he's too busy with other matters to care anymore.

United Tribes Technical College President Leander "Russ" McDonald, a Spirit Lake tribe member and former tribal chairman, served on the committee that narrowed down the list of names submitted by the public. He said he felt the time for everyone's voice to be heard has passed with a statewide vote in 2012, nickname task force forums held across the state in late 2014 and the monthlong nickname submission period in April.

"What I was hearing from folks was that their voices weren't being heard on the Fighting Sioux issue, but there was a statewide vote and the majority of North Dakota voted we had to change it," he said. "I think the opportunity for everyone's voice to be heard was at that time, and we have to move forward from that."

Spirit Lake Sioux tribe member Lavonne Alberts and William Le Caine, a member of the Wood Mountain Lakota Sioux in Saskatchewan and Cheyenne River Sioux in South Dakota, feel differently, as they are part of the legal action taken last week to stop the nickname vote.

In court documents, Alberts and Le Caine said if the vote is allowed to continue, it will injure UND's relationship with Sioux tribes.

"Our tribes should have had a seat at the table in all discussions dating back to the NCAA lawsuit," Alberts said in the document.

The Fighting Sioux name, which UND had used since the 1930s, was retired almost three years ago after the NCAA threatened sanctions and the terms of a settlement that would have allowed UND to use the image weren't met.

Spirit Lake Sioux tribe member Erich Longie has historically been opposed to using the Fighting Sioux name. He said the people of North Dakota, including those at UND, went as far as they could to keep the old name.

But now that a new name is in sight, people will look back years from now and see this as a huge step forward for the state, he said.

The nickname task force that developed the voting plan surveyed 7,603 people online, and according to the December report, voters thought alumni, students and student athletes should have the most involvement in narrowing down nickname ideas. "North Dakota Tribal Members" ranked 13th on the list, and state legislators came in last.

UND spokesman Peter Johnson told the Herald Friday the vote on the Fighting Hawks, Nodaks, North Stars, Roughriders and Sundogs will take place as planned barring any action taken by the courts.

But Sioux nickname supporters are still fighting regardless. At a protest in August to put UND/North Dakota on the ballot, longtime proponent of the Fighting Sioux name and Standing Rock Sioux Tribe member Archie Fool Bear said a 1969 ceremony where Native Americans gave the name to UND was binding and should be honored.

"When the name was given here, a ceremony was performed along those same lines of strength and significance giving the university the right to use the name," he said. "The NCAA has no say over that."

The lawsuit also notes the ceremony, and Alberts, who was involved with the ceremony, is suing for damages "in an amount to be provided at trial."

"I understand UND's definition of donor; it does not include the Sioux as donors, despite the gift of our name to UND," Alberts said in an affidavit.

After the NCAA banned the use of Native American imagery in 2005, UND and the state took legal action to keep its nickname, which had already been the subject of controversy.

In 2006, the UND Indian Association student group voted 26-2 to oppose the Fighting Sioux name, and UND reached a settlement agreement a year later with the NCAA, giving them three years to acquire approval from two tribes in the state. The Spirit Lake Sioux Tribe passed a referendum in 2009 in support of using the nickname, but the Standing Rock Sioux tribe failed to ever put a referendum up for discussion.

"The next council comes around. They could withdraw that permission, and you don't want to start a billion-dollar enterprise on one tribal council," Longie said. "I don't mean that in a bad way, but you don't want to. Their whims could change."

Jesse Taken Alive was active in seeking retirement of the Fighting Sioux nickname over the past decade and was a Standing Rock Sioux Tribal Council member at the time. His son also attended UND, and Taken Alive said the issue became real for him when he heard about how students were being negatively affected by the logo.

"Nobody will know how many dreams were dashed or how many (students) experienced pain and dropped out, changed schools, because of this issue," Taken Alive said.

In 2008, the council voted to let the members of the tribe decide, but it was delayed by a moratorium, citing the financial burden of organizing it.

Taken Alive said another vote on the issue would have been redundant.

Taken Alive said he thought UND's process of picking a new name was acceptable, and while those at Standing Rock would have participated if they had been invited, he respects how the university proceeded.

"We're thankful," he said. "We're not upset; we're just thankful. We intended to hurt no one, but we felt a need to defend our children, our young people, from more racial tension.

In July, the UND nickname committee voted 7-4 to eliminate continuing to play as UND or North Dakota from the vote, despite its wide popularity. UND President Robert Kelley briefly considered keeping it as an option but ultimately chose not to, saying it wasn't what was best for the university.

Longie said, in his eyes, those who want to keep playing as UND or North Dakota have ulterior motives.

"They want to remain without a nickname so they could some time in the future reinstate Fighting Sioux," he said.

Morin, on the other hand, is just ready to put everything behind him and doesn't plan to vote.

"I'm proud of UND and where I went to school, but I don't have that attachment to UND like some others do," he said. "I've completely checked from it all together. Whatever they pick, it's not going to have any side effects on me as a person because it's a nickname I don't play sports for."

Representatives from Little People of America asked the Dickinson School Board to consider changing the school's mascot, the Midgets.

Voting is now open on what mascot should replace the University of North Dakota’s nickname, the Fighting Sioux.