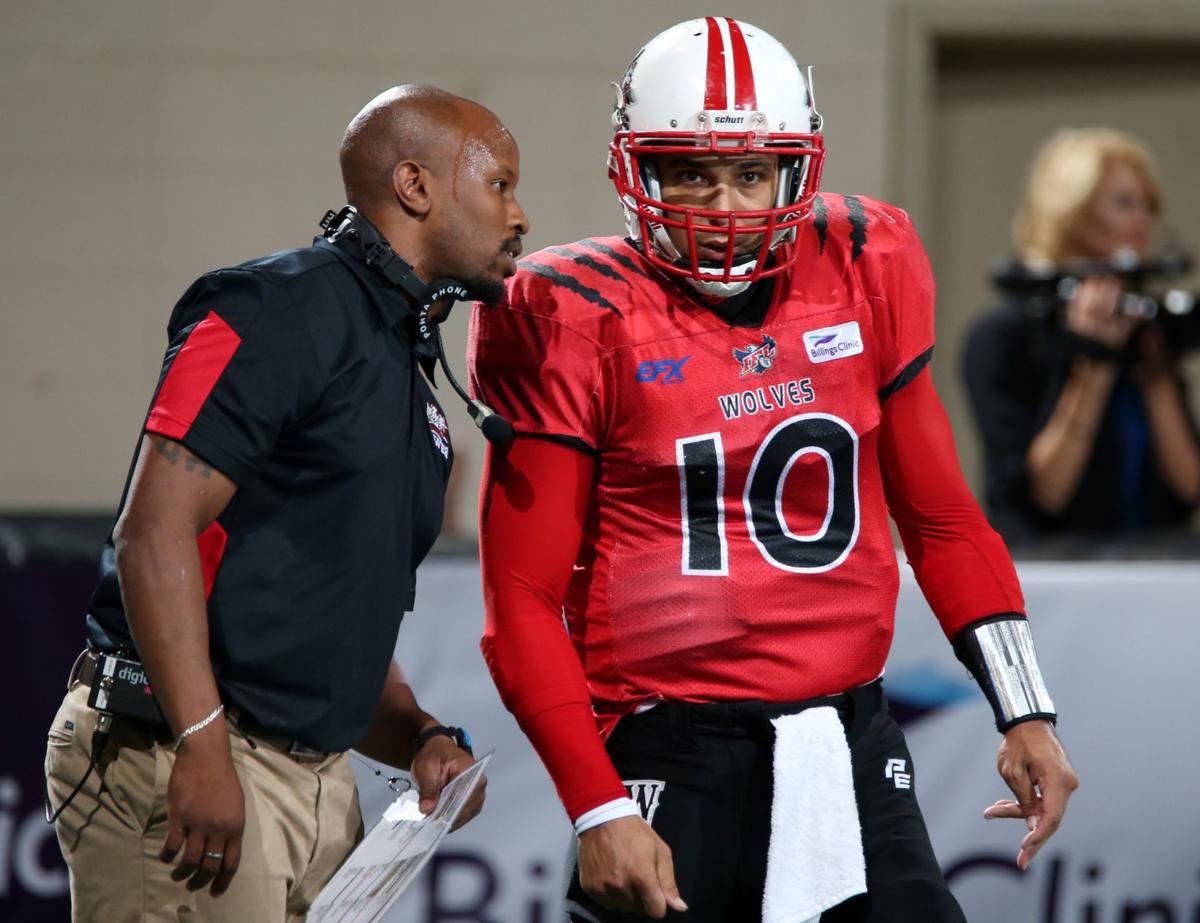 Wolves' coach Chris Dixon talks with quarterback Cory Murphy during the playoff game against the Danger at the Rimrock Auto Arena at MetraPark on July 9, 2016. 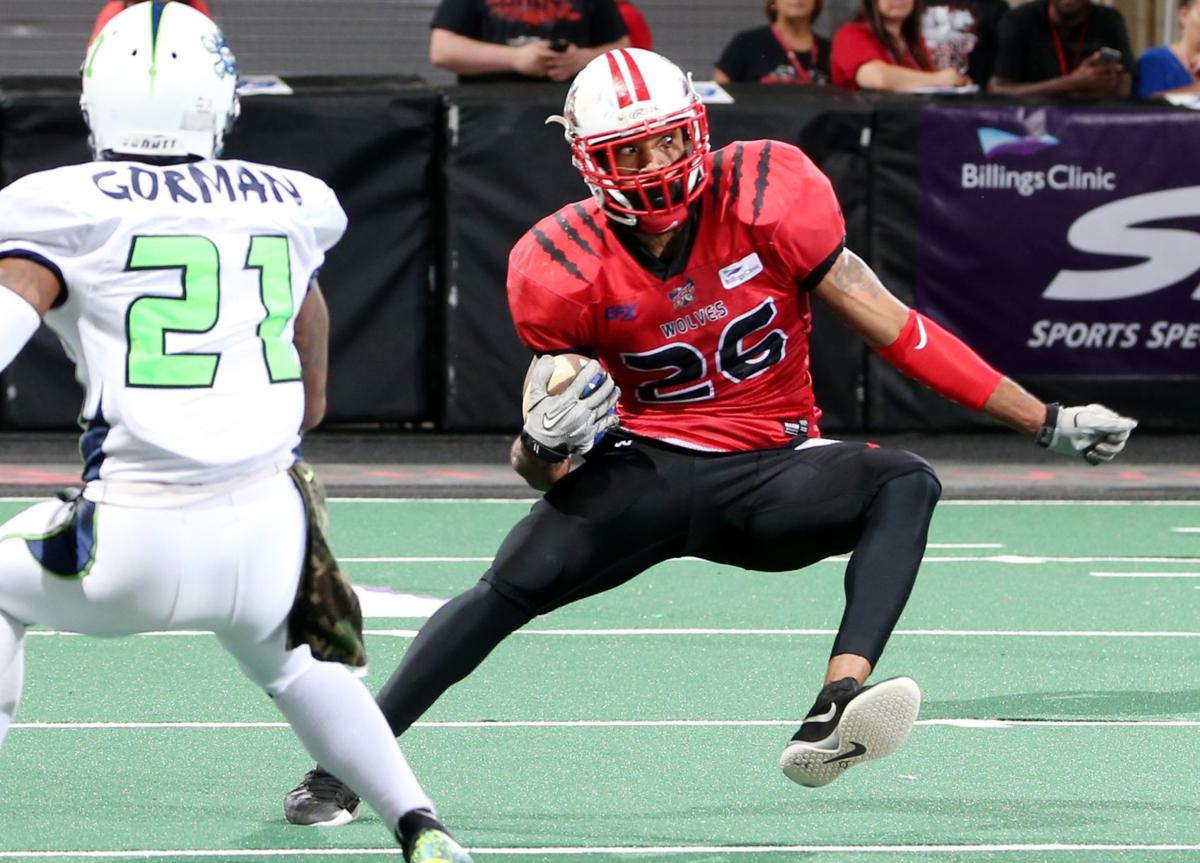 The Wolves' Willie Downs, 26, makes a move as he carries the ball past the Danger's Jabari Gorman, 21, on a kickoff return in the second quarter of the playoff game at the Rimrock Auto Arena at MetraPark on July 9, 2016. 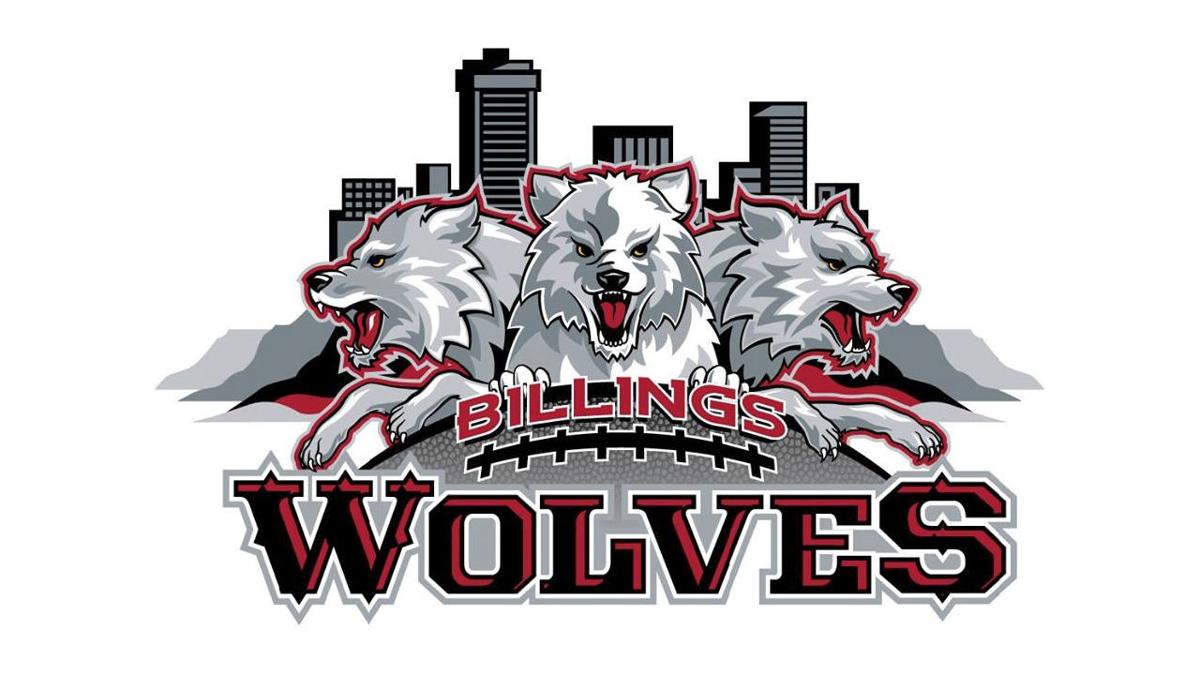 Billings indoor football fans won’t have a local team in 2017.

“For the Wolves, if I go to a partner company and get them to sponsor me by getting them to donate food for my guys to eat, they say it is a payment,” Burr said. “Then, I have to pay workman’s comp on the food donated to my players. That’s for every deal I make.

“Our budget was one of the lowest in the league, but when you have something draining on your budget it makes it extremely hard to go forward.”

Under head coach Chris Dixon, the Wolves earned a playoff berth and and 8-9 record in 2016. In the team's first season, the Wolves were 5-9 and missed the playoffs.

Dixon said he'd "had a feeling” since late September that the Wolves would not return. He had not heard from team management as of Monday afternoon, but said his contract had ended in July and he wasn’t recruiting players.

News of the Wolves’ demise spread quickly, and the team posted a message to its Facebook page thanking fans, sponsors and staff.

According to MetraPark officials, the Wolves drew 2,200 to 2,400 fans for home games at Rimrock Auto Arena last season. The final total was a little more than 20,000 spectators who passed through the turnstiles for nine Wolves’ home games last year.

MetraPark General Manager Bill Dutcher and sales and marketing director Ray Massie said they found out Monday the Wolves would not be back, but had heard the rumblings earlier.

“We had not put the dates on the schedule for the 2017 season,” Massie said. “We have no calendar holes we have to fill up.”

Massie said Metra officials worked with the Wolves to keep football in Billings.

Officials were aware of the league deadline, and Massie said he had spoken to IFL commissioner Michael Allshouse three or four times about what could be done to keep the team in Billings.

“We liked to have them there, certainly,” he said. “We made a very aggressive proposal in their new lease agreement two months ago and never heard anything further.”

Dutcher added: “We’ve had a great relationship with all of them since day one. I have my shirts and my family came to all the games. Yes, we will miss them.”

Benzel Athletics of Hardin, which has owned the Wolves for the team's two years, is looking for a buyer for the team. Burr said a potential new ownership group’s bid fell through as the necessary paperwork was not completed in time for the upcoming season.

“As far as my group goes, we are done,” Burr said, noting Benzel Athletics will not pursue another league for the team. “The disagreements over the regulations are too much. We don’t want to battle with them and they don’t want to change their rules. We are not going to go forward with them.”

Dixon said he’ll remain in Billings, where he works with Chris Dixon Football, Mighty Football and Outlaws Football. Dixon is a former star quarterback on a previous Billings indoor team, the Outlaws.

Before the Wolves, Billings had indoor football from 2000 to 2010. Previous team names have included Outlaws, Mavericks and Thunder Bolts. The Outlaws won the National Indoor Football League championship in 2006 and won back-to-back IFL titles in 2009-10.

Dixon said he enjoyed being the Wolves’ coach and feels there is a place for the sport in Billings, though he said "some things have to change and get better with the next program.”

“It was great to be able to give and help out and give football back to Billings. We had a great time,” Dixon said. “I really enjoyed the growth we were doing. If you look at it, really from year one to year two we were in the playoffs. I am proud of where we were going and what we were doing and I really enjoyed what we accomplished in two years.”

Though Billings has a long history of amateur, pro and semi-professional sports teams, few squads have lasted for more than a few years. Take …

Wolves' coach Chris Dixon talks with quarterback Cory Murphy during the playoff game against the Danger at the Rimrock Auto Arena at MetraPark on July 9, 2016.

The Wolves' Willie Downs, 26, makes a move as he carries the ball past the Danger's Jabari Gorman, 21, on a kickoff return in the second quarter of the playoff game at the Rimrock Auto Arena at MetraPark on July 9, 2016. 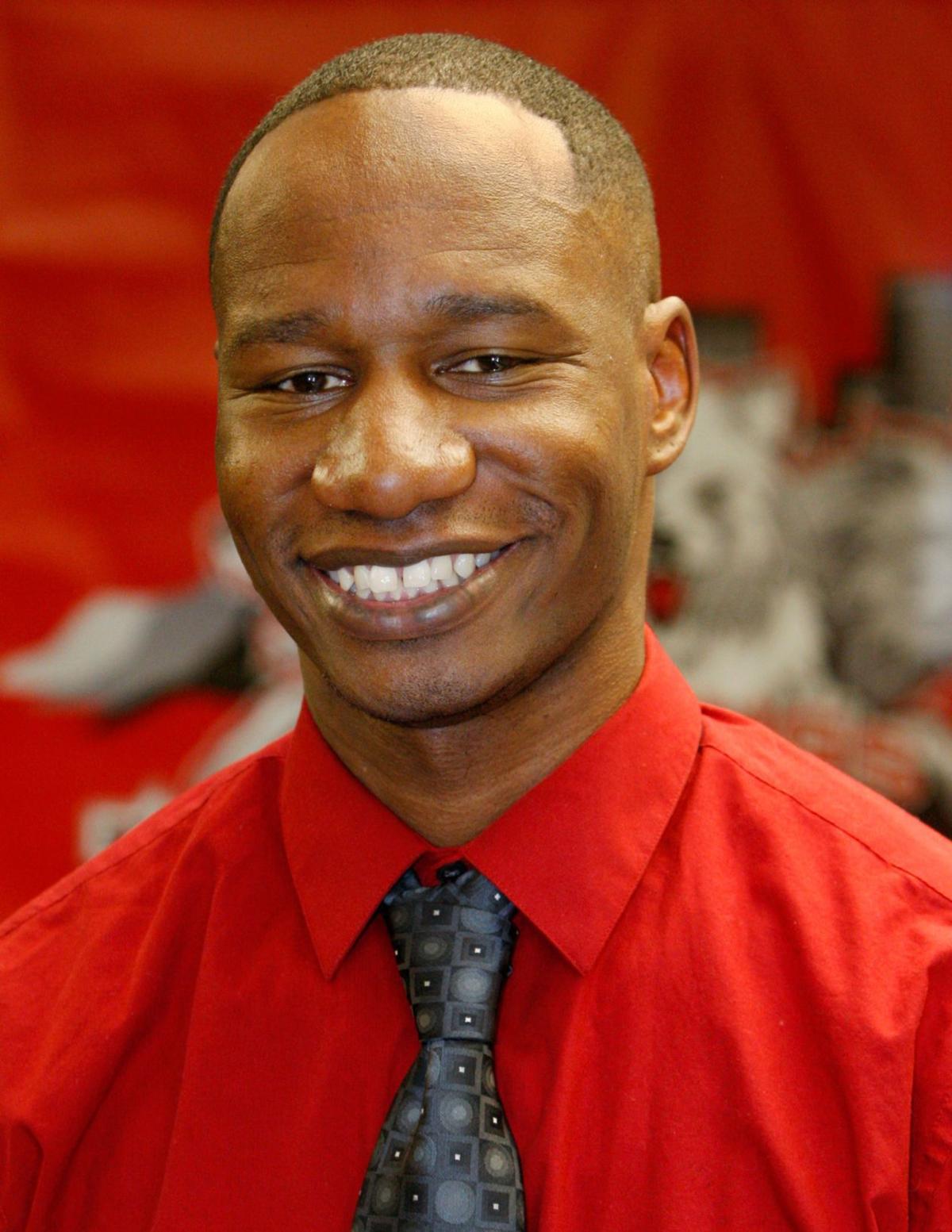