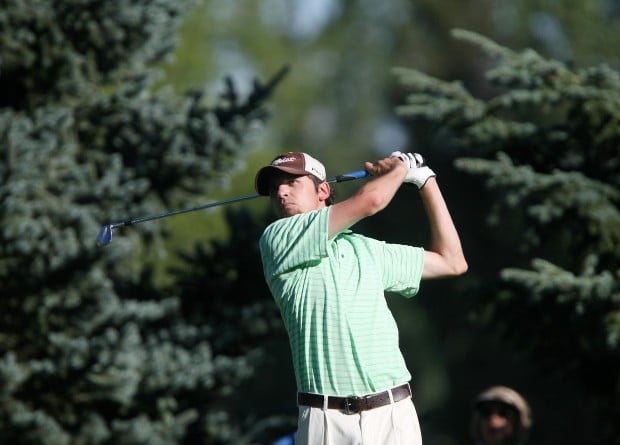 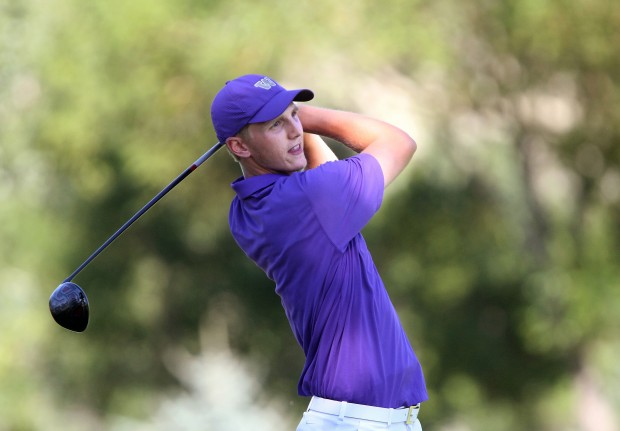 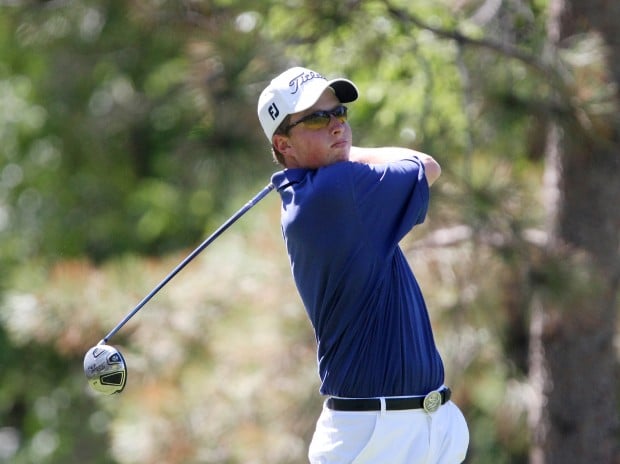 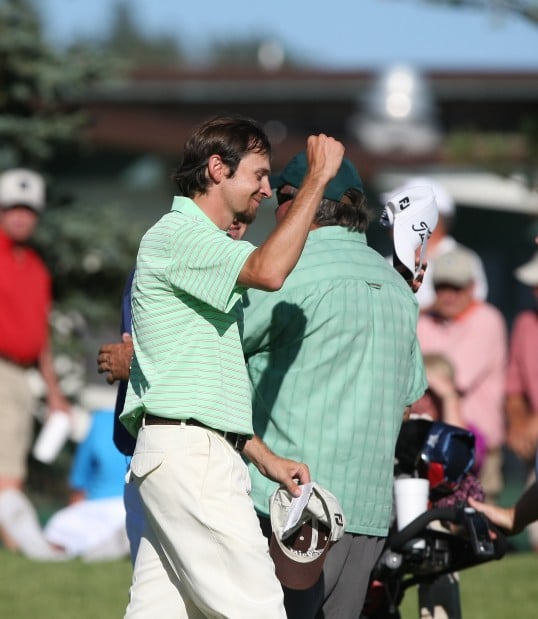 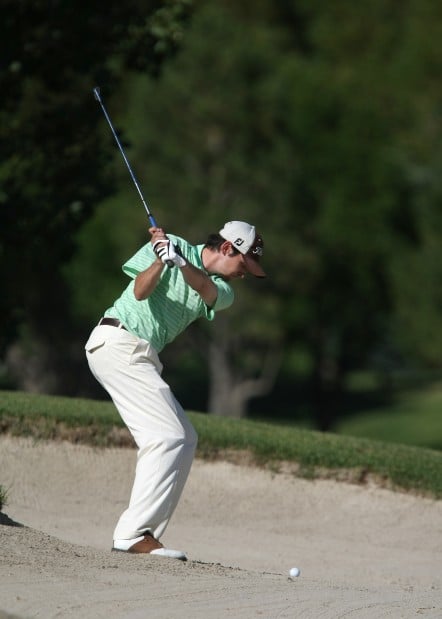 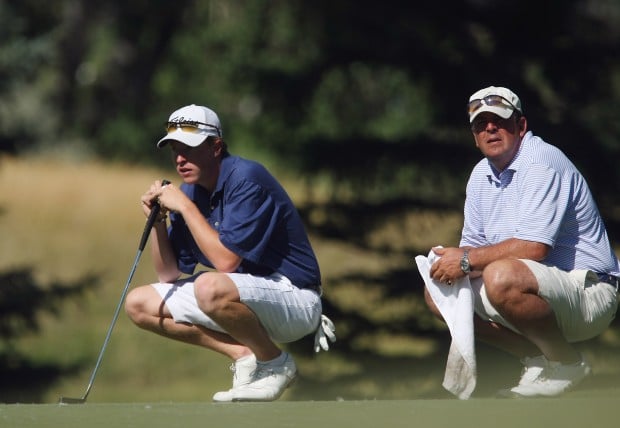 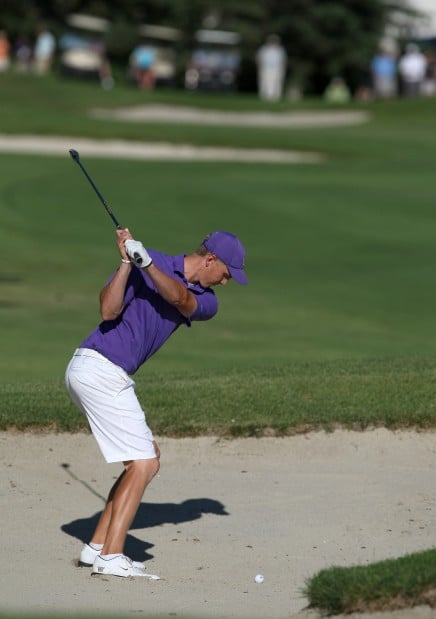 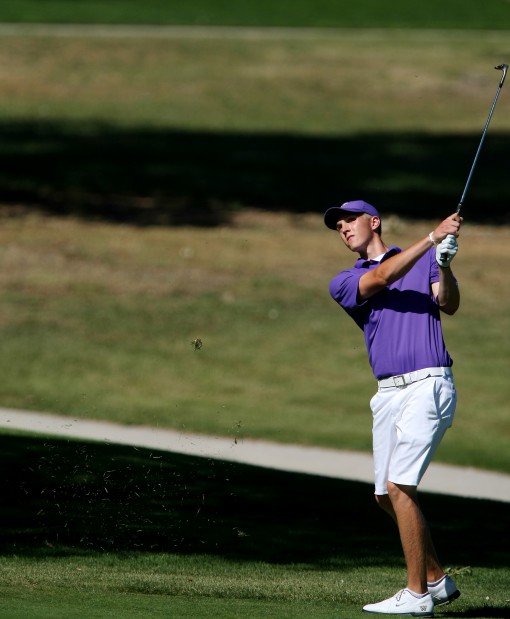 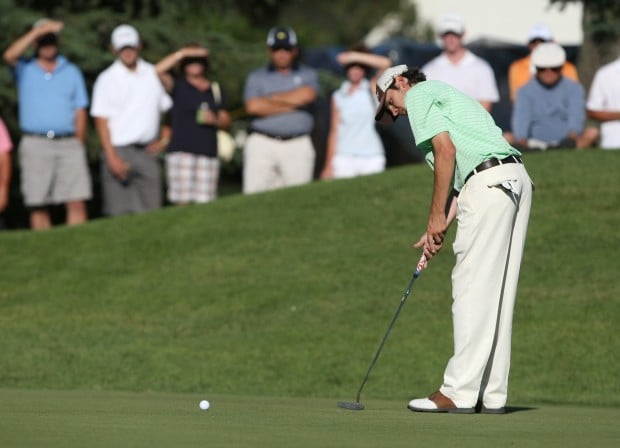 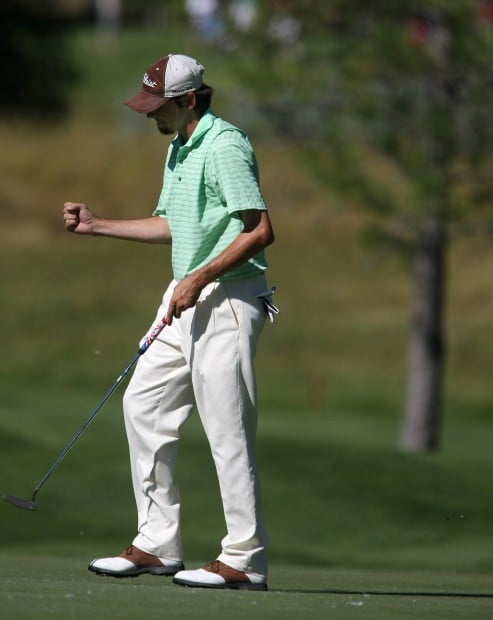 After several brushes with greatness, Nathan Bailey was finally able to plant a big kiss on the huge championship trophy, outlasting teenager Charlie Von Arentschildt in a tortuous five-hour final round and winning the 93rd annual event by two strokes.

“It feels so good,” the 29-year-old Bailey said of securing the State Am title on his eighth try. “I really can’t explain it. I really don’t know the words that can describe the feeling. But it just feels like there is so much pressure lifted off my shoulders.

Bailey, a math teacher at Forsyth High School and a Laurel native, placed fourth a year ago in Butte and went into the final round at Yellowstone with a five-shot lead over the 18-year-old Von Arentschildt, who is from Deer Lodge.

Long considered one of the best Montana golfers to have never won the State Am, Bailey finally put that issue to rest by grinding his way to a 6-over-par 78 on his final 18 and a 3-under 285 winning total for 72 holes.

Von Arentschildt, who was trying to become the youngest champion in State Am history, closed with a 75 and 1-under 287 overall. He played the final nine holes in 1-under 35 to keep the pressure on.

“Nate played a great tournament,” Von Arentschildt said. “I have nothing but great things to say. He’s a great guy. He deserves this win. He held it together. I know his swing might have left him a little bit there on the back nine, but he did what he had to. I’m glad for him.”

With a nice-sized gallery following their every move on the hot, breezy afternoon, the final foursome of Bailey, Von Arentschildt, Larry Iverson III of Kalispell and Brad Fox of Billings struggled to make serious headway while navigating the punishing, 6,900-yard Yellowstone layout.

The tree-lined fairways, numerous sand traps, sloping greens and dangerous pin locations came into play on nearly every hole and gave most of the 138 golfers in the field fits.

“It definitely played a few shots tougher than the last three days,” Bailey said. “There’s no doubt about that. The pins were really tough.

“I had a lot of bad luck,” he added. “I was just on the wrong side of the hole it seemed like every hole. I found a few trees. I just kind of hit a lot of errant shots. It was just a very tough day. I’m glad I grinded it out, and I’m so happy to keep it together and hoist the trophy like I wanted to.”

The 19-year-old Iverson placed third at 291 after finishing with a 76. DJ Kovach and Gordon Webb of Malta tied for fourth at 295 along with Brandon McIver and Jeff Ballard of Billings.

McIver, 16, and Kovach, who placed second last year in Butte, shot 1-under 71s, which were the best rounds of the day.

Bailey, whose patience and precision were tested on the final day, led Von Arentschildt by as many as eight strokes on the afternoon and was still up by six with three holes to go.

“Coming down the stretch, I’m glad I had a nice cushion,” he said.

On a couple of occasions, Bailey had his back pinned up against tree branches after wayward tee shots. Right down to the last hole, he was in the trees and was forced to punch his ball out into the fairway.

Bailey double-bogeyed the par-4 No. 18, but with his victory still secure, he turned teary-eyed after being greeted off the green as a champion by his mother, Mona, and girlfriend, Callie. His father, Ron, was his caddie all four days.

“I’ve been kind of just playing this scenario out in my head over the last several weeks,” Bailey said. “Just over and over each round. I knew there was a low round out there, and I did that (with a 66 on Friday). To actually live out the scenario after you’ve been thinking about it, it’s very surreal. It’s just a sweet, sweet feeling.”

Bailey, was finished second at the 2003 State Am in Helena and has been a perennial Top 10 finisher, had five bogeys, two double bogeys, three birdies and eight pars Saturday.

A couple of key moments for him included sinking a 15-footer downhill for a nifty par save on No. 3 and a timely 4-footer for birdie on No. 15.

“Even though I didn’t gain a shot, making birdie on (No. 15) really got it done for me, I think,” Bailey said.

On the No. 6 hole, Von Arentschildt had a chance to put pressure on Bailey early and get within three strokes, but a 5-foot putt uphill for birdie on the par-4 lipped out. He also just missed out on another birdie putt on the par-5 No. 7.

“I thought I hit great putts on both of those,” he said. “That kind of let a little air out.”

NOTES: McIver won the Steve Schwartz Trophy as the lowest-scoring junior player at the State Am. … The Yellowstone Country Club duo of Ballard and Jerry Pearsall won the annual Barnett Cup, which is presented to the best two-man team. … Dan Hugelen of Billings won the long-drive contest at 375 yards. Brad Fox of Billings was second at 364.

Nate Bailey reacts after a putt on hole 12 during the Montana State Men
© Copyright 2021 Billings Gazette, 401 N Broadway Billings, MT | Terms of Use | Privacy Policy
Powered by BLOX Content Management System from TownNews.com.
You don't have any notifications.