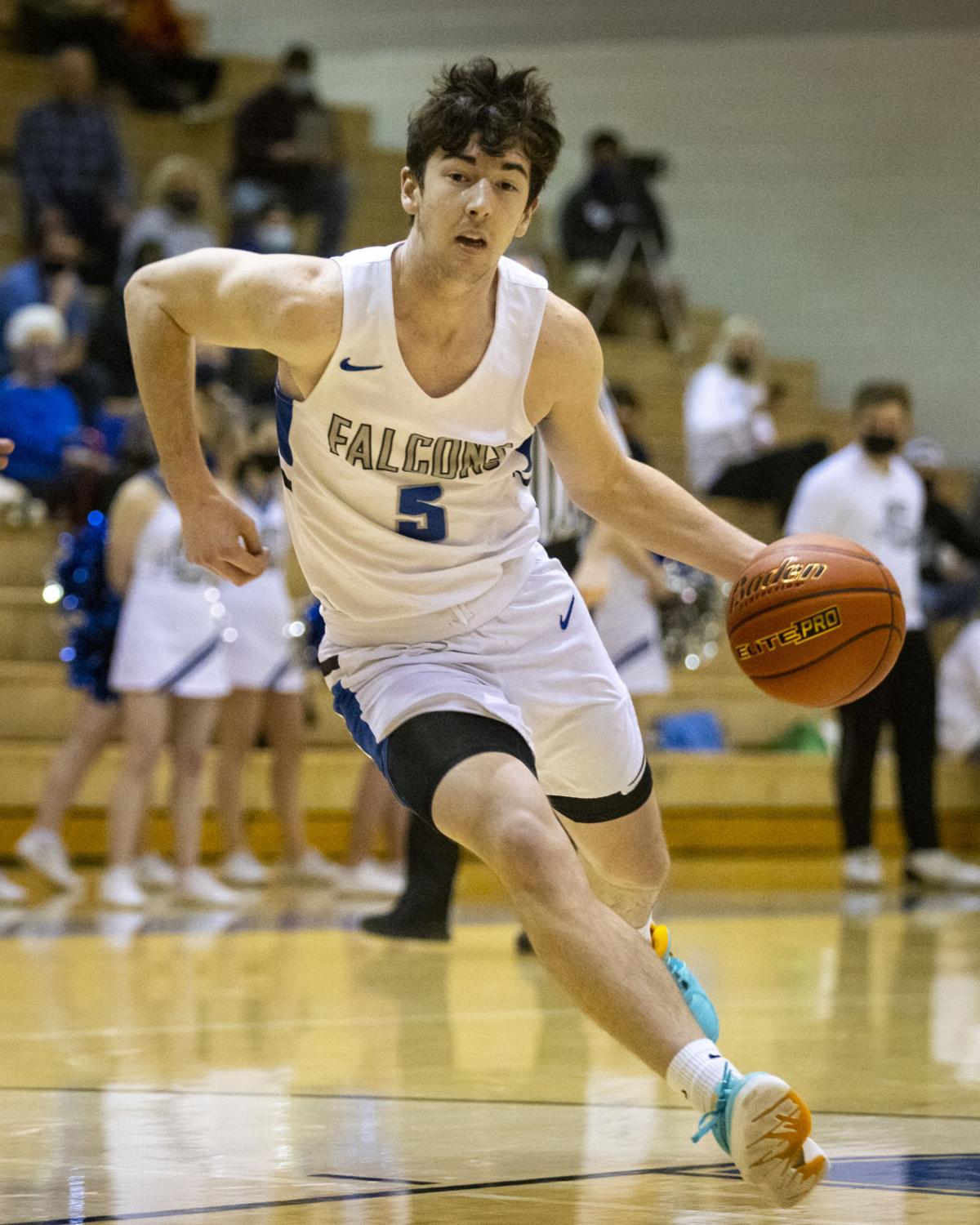 Billings Skyview's Camron Ketchum, pictured during a game in January, was one of 10 players selected for the Montana boys roster for the annual Midland Roundtable Montana-Wyoming All-Star basketball series. Montana rosters were announced on Monday. 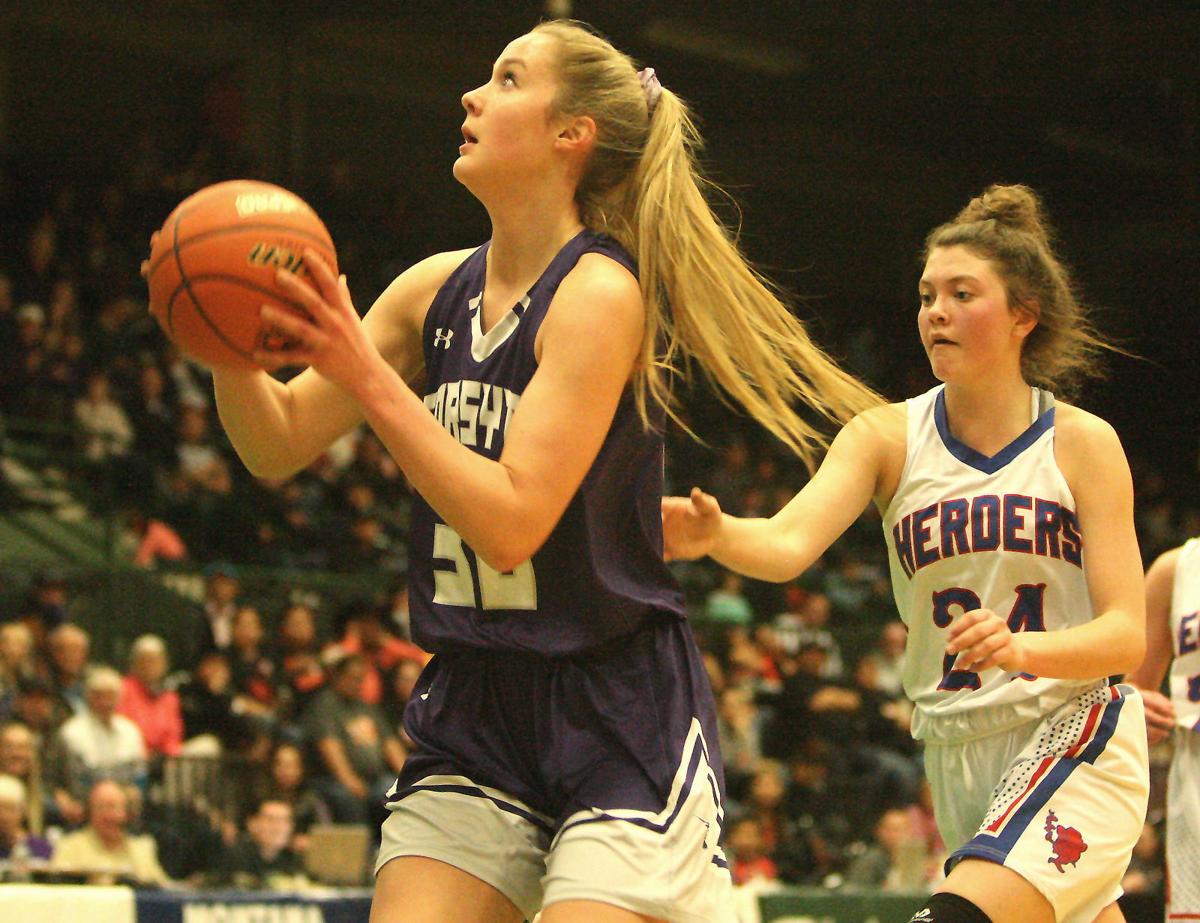 Forsyth's Lindsey Hein has been selected for the girls team for the annual Midland Roundtable All-Star basketball series with Wyoming. Roundtable officials said the 6-foot-6 Hein is the tallest player ever chosen for the Treasure State girls roster.

BILLINGS — The tallest player ever selected for the Montana girls basketball all-star team in its series with Wyoming will try and lead the Treasure State to its eighth and ninth straight victories over the Cowboy State this June.

Six-foot-6 Lindsey Hein is one of five players on the Montana roster listed as 6-foot or taller, and Roundtable officials said she is believed to be the tallest girl to ever have the honor of being selected for the Montana squad. The Forsyth standout, who has signed to play women’s basketball at Montana State, is one of the eight girls players who will take the floor against Wyoming.

The rosters for the Montana boys and girls all-star basketball squads were announced at a Midland Roundtable gathering at the Billings Hotel and Convention Center Monday afternoon.

The games are set for June 11 in Sheridan, Wyoming, at Sheridan College and June 12 at Lockwood High School.

The girls will tip-off at 5:30 p.m. and the boys contest will follow at approximately 7:30 p.m. both nights.

“We are going to be really tall and so we should be able to control the paint,” Roundtable representative Mike Noland said. “Our key will be to put some points on the board. That will be key.”

Roundtable officials said twin sisters Dani Bartsch and Paige Bartsch of Helena Capital and Sydney Dethman of Froid-Lake were also chosen but have other commitments and will not play, leaving the Montana roster at eight players.

With eight players, fouls could be an issue but organizers aren’t too worried and feel players will welcome the extra playing time.

Last year’s games were canceled because of the coronavirus pandemic.

“We are excited to get back after taking a year off,” Noland said. “The kids are super excited.”

The boys all stars were also announced. The Treasure State boys will try and extend a 16-game winning streak against Wyoming and will once again be led by Providence men’s basketball coach Steve Keller, who is 16-0 coaching in the series.

“We’re not as big as we have been as a team,” Noland said, “but we can penetrate, pass and play defense.”

The Wyoming teams will be announced at a later date.

Traditionally the men’s and women’s basketball coaches at Sheridan College have led the Wyoming teams, but the school dropped its Division I athletic programs last June.

“We went to them and they want to keep it going and said we are in,” said Noland of the Wyoming committee, noting both sides agree the series is a worthwhile competition.

Montana is one of 42 states that does not use a shot clock for high school hoops.

The Billings-based group will announce the boys and girls basketball squads for the series with Wyoming on Monday.

Shepherd searching for head coaches for football and boys basketball

Chris Dixon (football) and Rob Nyby (boys basketball) had both been at Shepherd for two seasons.

Billings Skyview's Camron Ketchum, pictured during a game in January, was one of 10 players selected for the Montana boys roster for the annual Midland Roundtable Montana-Wyoming All-Star basketball series. Montana rosters were announced on Monday.

Forsyth's Lindsey Hein has been selected for the girls team for the annual Midland Roundtable All-Star basketball series with Wyoming. Roundtable officials said the 6-foot-6 Hein is the tallest player ever chosen for the Treasure State girls roster.