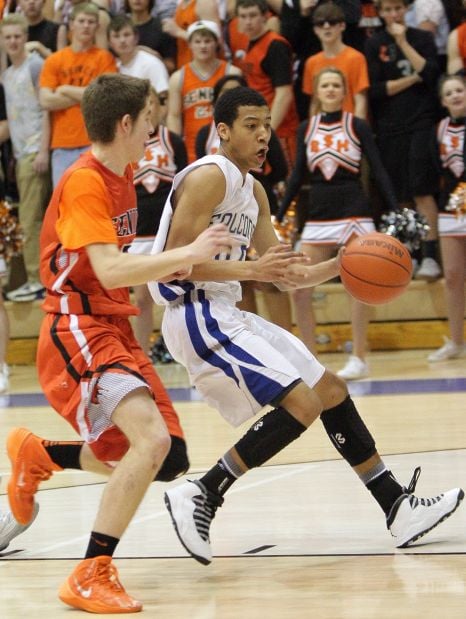 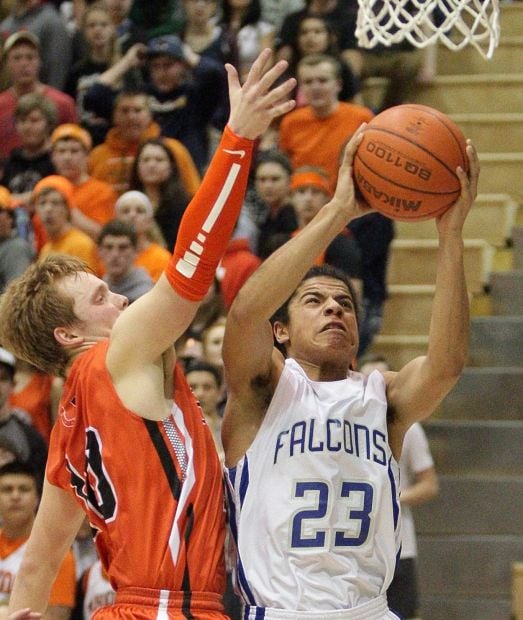 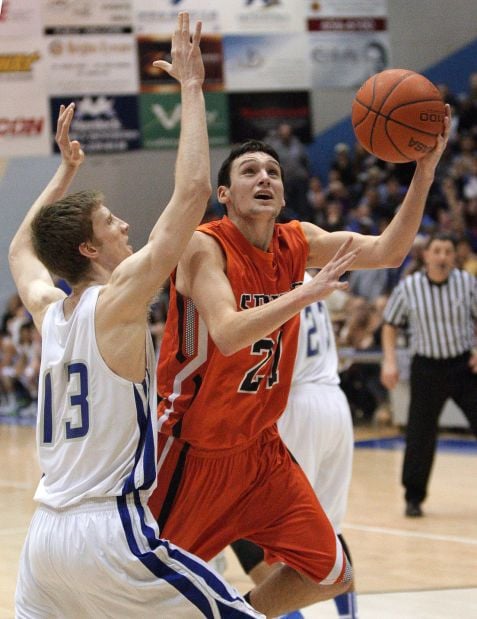 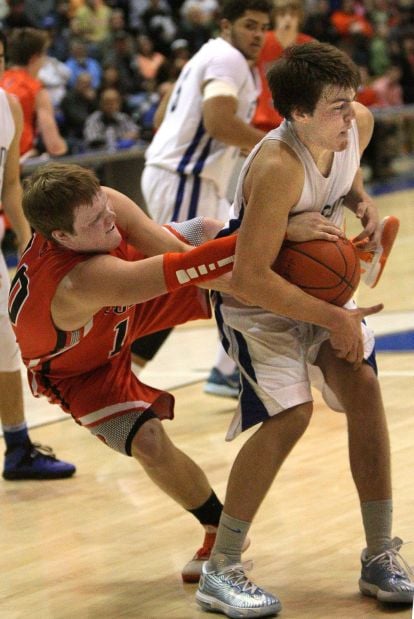 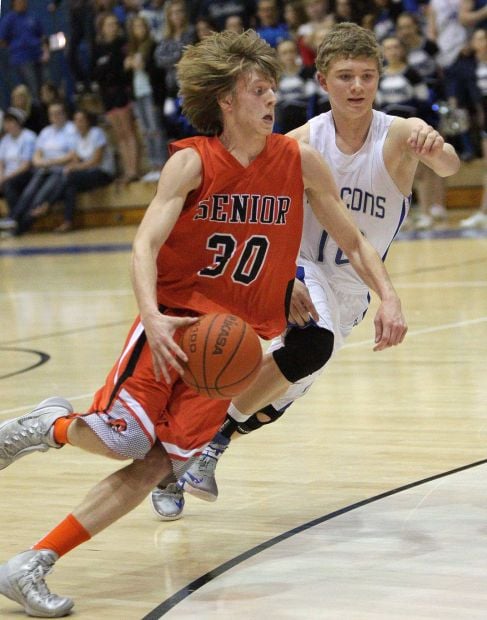 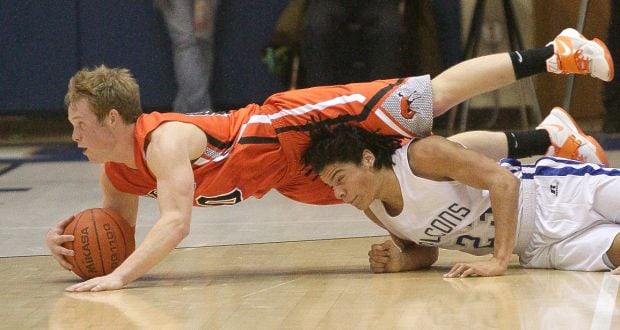 Kendal Manuel is a man of his word.

The Billings Skyview junior told his senior teammates before Thursday’s State AA boys basketball playoff game with Billings Senior that he wouldn’t let them down. And he most certainly did not.

The electrifying 6-foot-1 guard scored 14 of his 32 points in overtime to carry Skyview to a 77-72 win in front of a near-capacity and raucous crowd at the Skyview gym, sending the Falcons to next weekend’s State AA tournament at Rimrock Auto Arena at MetraPark.

“I told our seniors before the game that I wasn’t going to let this be their last game,” said Manuel, who topped 30 points for the third time this season. “I told them I would do whatever it takes. I want their last game to be next Saturday night at Metra.”

Manuel had just three points at halftime — coming on a 3-pointer in the final 10 seconds of the half — and scored just three points in the third quarter. He took over the Skyview offense from there, scoring 26 of the Falcons’ final 43 points.

“Kendal is so clutch. He’s unbelievable,” said Skyview junior center Nolan McHugh, who had 17 points and 12 rebounds. “It’s great to have a guy like him in a game like this. We know we’re in good shape when the ball is in his hands.”

Senior led 39-34 after three quarters, and the wild fourth quarter featured four ties and seven lead changes. The final minute pushed the crowd to new decibel levels with each turn of events.

Manuel scored on a drive to the basket with 49 seconds left to put Skyview up 53-52. The Broncs then ran the clock down to 17.9 seconds before calling timeout.

On the inbounds play out of the timeout, Senior was called for over-and-back after a scramble for a loose ball with 11.3 left. But the Broncs’ Nickos Vlahos then stole Skyview’s inbound pass and was fouled with 5.2 seconds left.

Vlahos hit the first free throw to tie the score, but the second shot rimmed out. McHugh grabbed the rebound, but his 50-foot heave at the buzzer was short.

“The way that last 20 seconds unfolded, there was definitely a sigh of relief on our sideline to be in overtime,” said Skyview coach Toby Hill. “It was one turn of events after another, and we certainly had our chances to seal it.

“But we got to overtime, and I told the kids that we get four more minutes to show that we’re the better team and get the job done.”

Manuel and the Falcons took that opportunity and ran with it, bolting out to a 71-59 lead in the first three minutes of overtime.

Led by their star Kooper Kidgell, the Broncs did not go down without a fight. The 6-foot-3 senior guard scored 11 points in the final minute — and finished with 28 — but Senior could get no closer than the final five-point margin.

“Senior is a very good team,” said Hill. “They beat us here a couple of weeks ago and that was no fluke. They play us tough … they play everybody tough.

“It came down to Kendal and Nolan making plays in overtime. We challenged Kendal a little bit at halftime to get him going. He’s such a coachable kid and he’s so competitive … once he gets going he’s so tough to stop.”

The Falcons are headed to state for the sixth time in Hill’s seven years at Skyview, and he doesn’t remember many nights like Thursday.

“This was probably the best crowd and the best atmosphere I’ve ever seen here,” he said. “It was unbelievable in here. This is what postseason basketball is supposed to be.”

Tre’von Strong added 17 points for Skyview, which heads to the State AA tournament with a 13-8 record.

Skyview was 33 of 46 from the free-throw line as Senior was whistled for 30 fouls. Three Broncs fouled out, and Kidgell was called for his fourth foul with 2:22 left in the third quarter.

Vlahos and Justin Dreessen scored 12 points apiece for the Broncs, and Jorey Egeland had nine. Skyview was called for 23 fouls and Senior was 17 of 27 at the line.

“We played a great game and we had our chances,” said Senior coach Jim Wilsey. “Skyview is an outstanding team and they’re well-coached.

“Our kids played with all heart and gave me everything they had. Not just tonight, but the entire season. Incredible kids. Really incredible kids.”

Sports editor for the Billings Gazette.