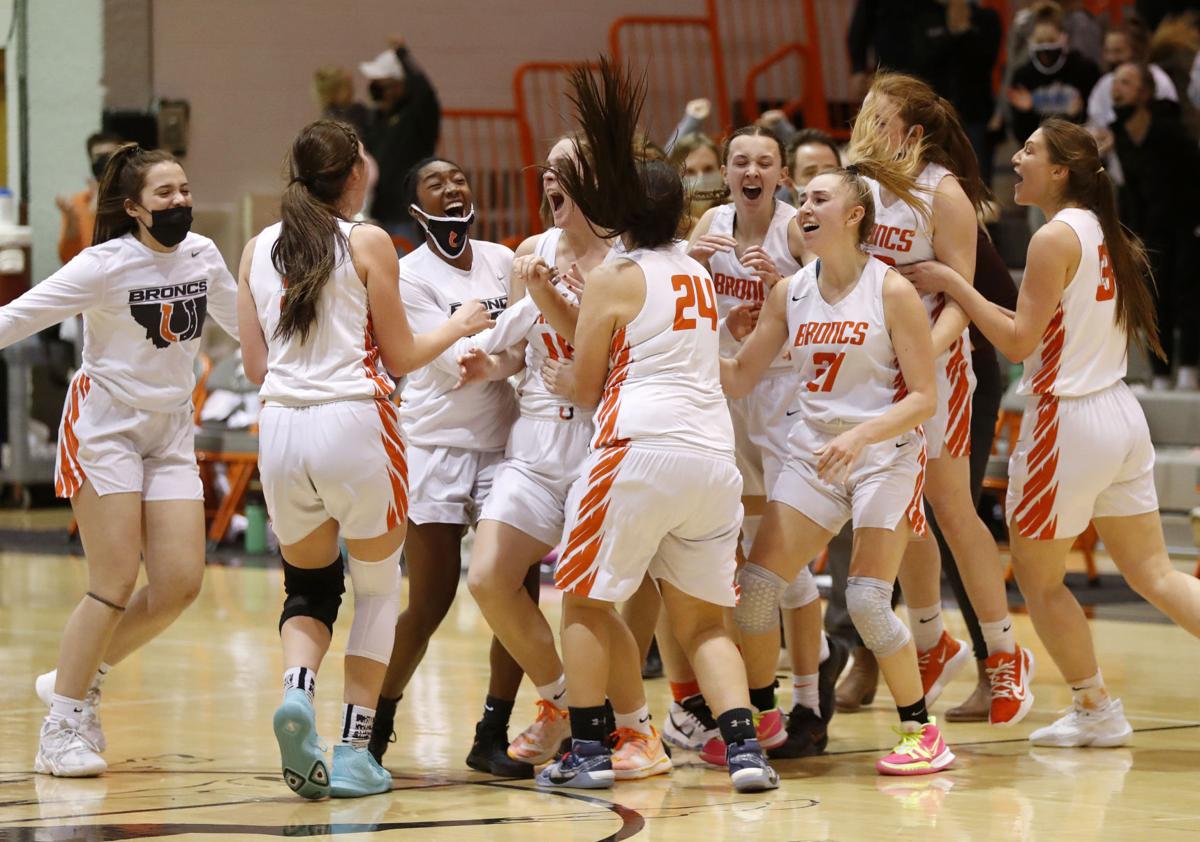 The Billings Senior Broncs celebrate a 43-42 win against Billings West Saturday at the Senior gym. 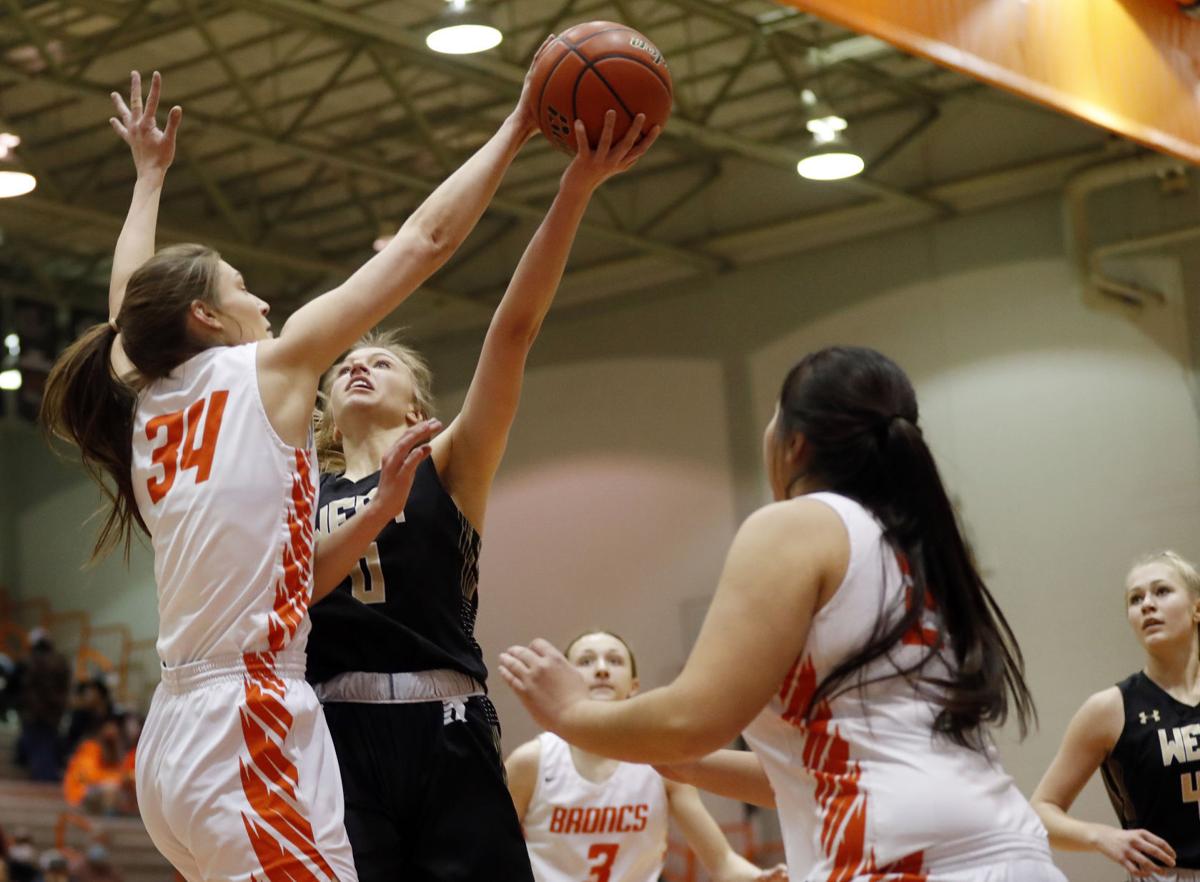 Billings West’s Layla Baumann gets her shot blocked by Billings Senior’s Olivia LaBeau at the Senior gym on Saturday. 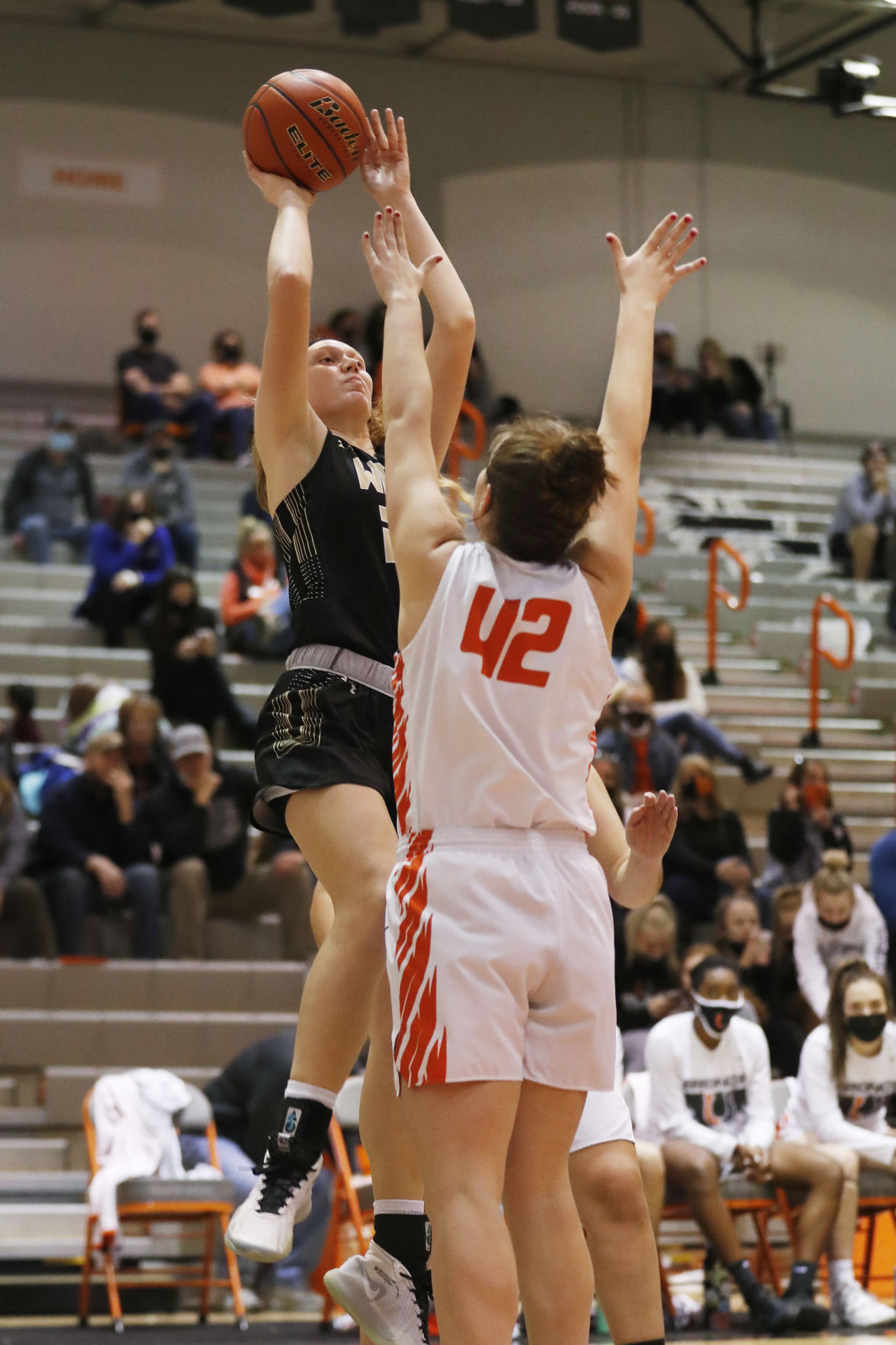 Billings West’s Kendell Ellis puts up a baseline shot against the defense of Billings Senior's Lily Johnson Saturday at the Senior gym. 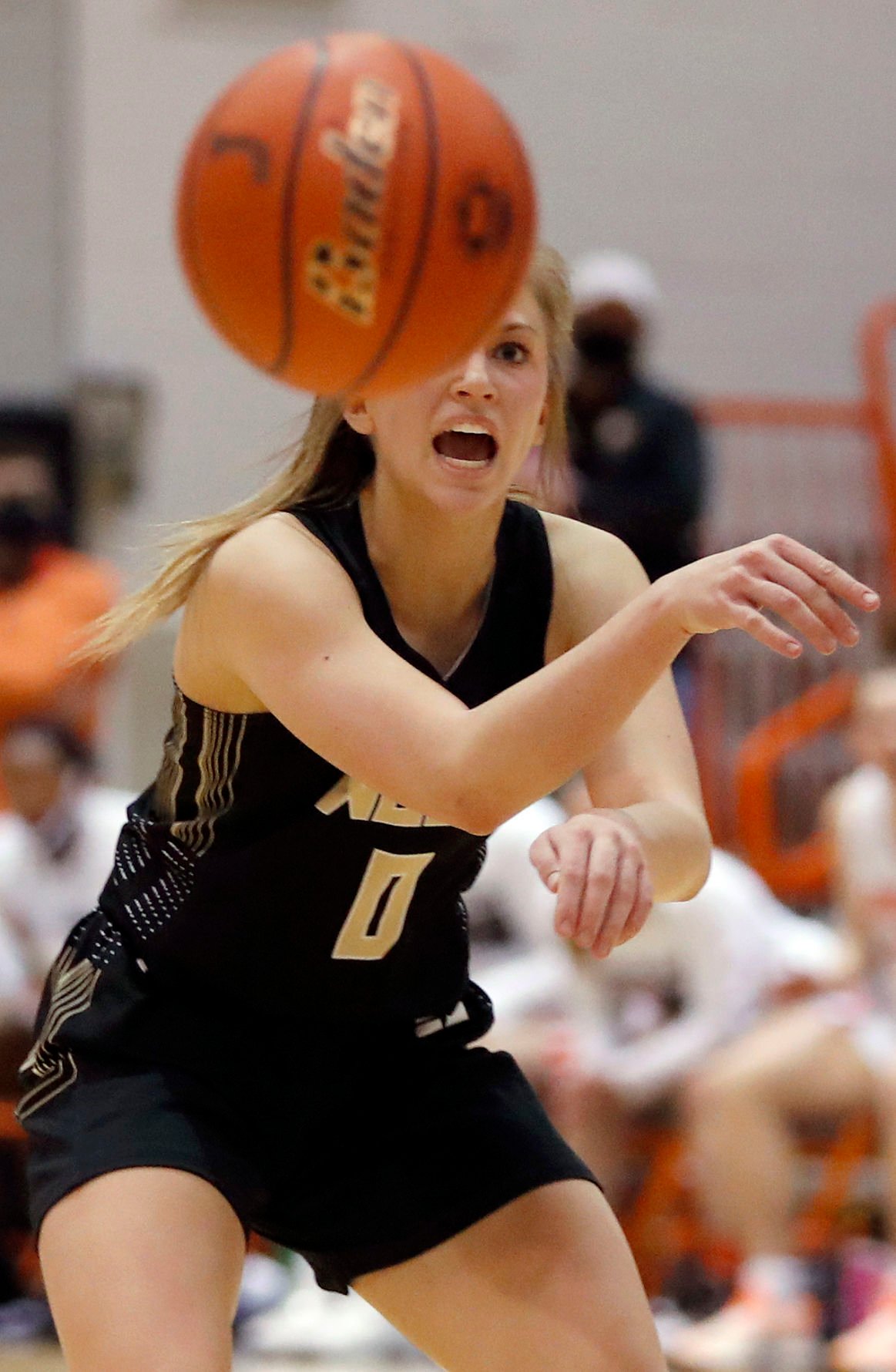 Billings West’s Layla Baumann passes the ball in the waning seconds against Billings Senior Saturday at the Senior gym.

BILLINGS — First came Layla Baumann’s 3-point attempt from the corner, and when that bounced high off the rim into Kaycee Rider’s hands, it was her turn.

Her shot didn’t go in, either, and then the final buzzer sounded. All the while, visions of last year had to be bouncing through the minds of the Billings Senior Broncs.

It was last year on the same Senior gym floor when Billings West’s Laiten Lantis’ 3 at the buzzer evened the score in regulation, and Baumann’s shot from beyond the arc in overtime spurred the Golden Bears’ to victory.

This time, on Saturday, the bounces went the way of the Broncs. Senior upended third-ranked West 43-42, rallying from a six-point deficit to start the fourth quarter and hand the Bears their first loss of the season.

“We just came together as a team, we just played together and it was so much fun,” said Broncs junior Allie Cummings. “All working together to finally get that dub. We haven’t won for a really long time against them. It was just a really fun experience all the way through the whole game because it was so close.”

Cummings, who made all three of her 3-pointers in the second half, scored 15 points for the Broncs, who ended an eight-game losing streak to the Bears. Brenna Linse added 11 points.

The game was tight most of the time, save for a stretch in the third quarter when the Bears seemed to have taken control. Kaitlyn Grossman’s steal and basket broke a 31-31 tie and started an 8-0 run for West, though a steal and layup by Lauren Cummings brought the Broncs back to within 39-33 just before the third-quarter buzzer sounded.

West (11-1) had a 42-38 lead with five minutes left in the game on a 3-pointer by Sydney Pierce, but the Bears never scored again.

Grossman’s steal and layup broke a 31-31 tie. At the end of three @bwhs_gbb leads 39-33. #mtscores pic.twitter.com/9TkaoQFKze

Baumann, with 12 points, was the lone player in double figures for West, which will play the remainder of the season without leading scorer Kourtney Grossman, who had ACL surgery earlier this week.

“Senior did a good job of getting second-chance points and Allie had some timely shots, and you know, it was kind of the story of the game,” West coach Charlie Johnson said. “Probably the difference in the game was we just didn’t step up and make enough plays and Senior did.”

In Connor Silliker’s two seasons as coach, the Broncs have been in nine games that have been decided by four points or less or have gone into overtime. After a 2-4 mark in such games last season, the Broncs are 2-1 this year, including Saturday’s win.

The Broncs (6-5) also had a hand in holding Class AA’s top-rated offense to 20 points below their season average.

The Mavericks, who haven't made state since 2015, are undefeated and No. 1 in Class C heading into divisionals.

Recapping all the action from the first day at the Class A girls state basketball tournament in Great Falls.

The Billings Senior Broncs celebrate a 43-42 win against Billings West Saturday at the Senior gym.

Billings West’s Layla Baumann gets her shot blocked by Billings Senior’s Olivia LaBeau at the Senior gym on Saturday.

Billings West’s Kendell Ellis puts up a baseline shot against the defense of Billings Senior's Lily Johnson Saturday at the Senior gym.

Billings West’s Layla Baumann passes the ball in the waning seconds against Billings Senior Saturday at the Senior gym.