For Billings Central girls, abrupt ending was 'roller-coaster of emotion in 5 minutes'
Share this
× 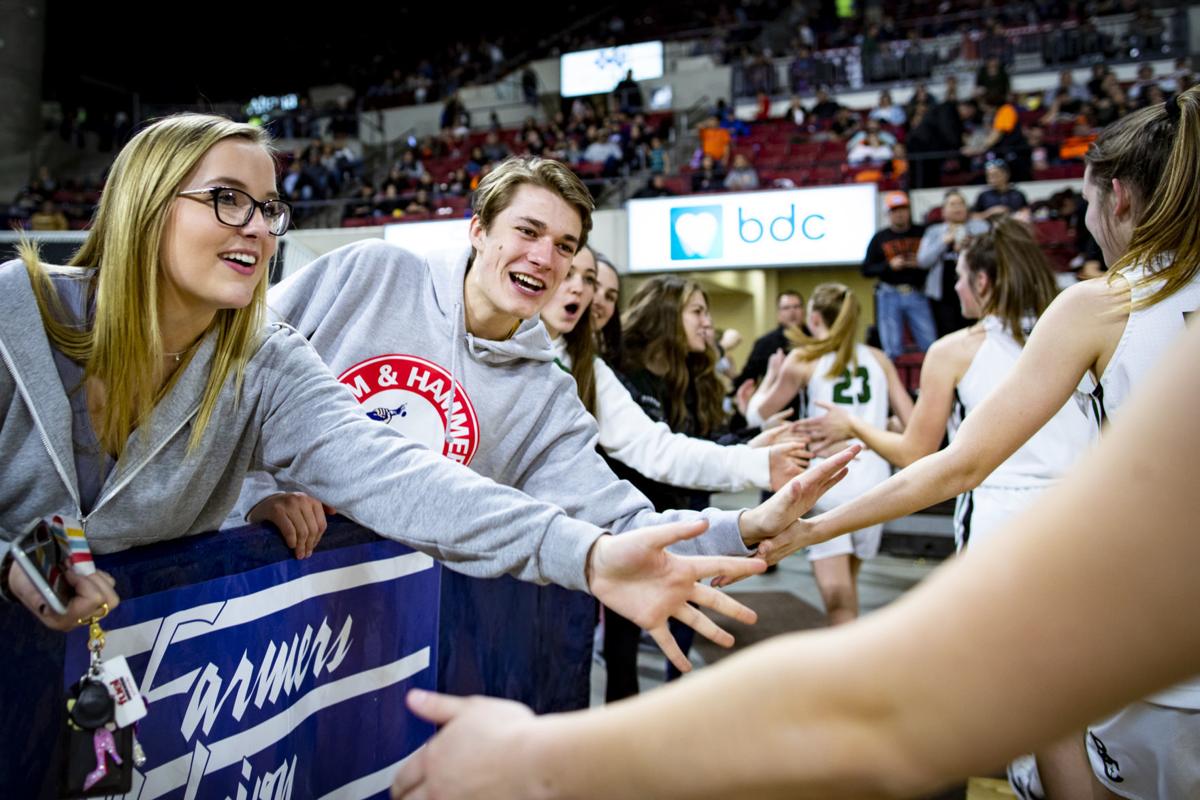 Billings Central girls basketball players receive congratulations from schoolmates as they leave the First Interstate Arena floor Friday following a Class A state tournament semifinal win over Havre. Minutes after earning a berth in the state championship game, the Rams, and the rest of the state, learned that all eight state tournaments were being canceled due to the coronavirus pandemic. 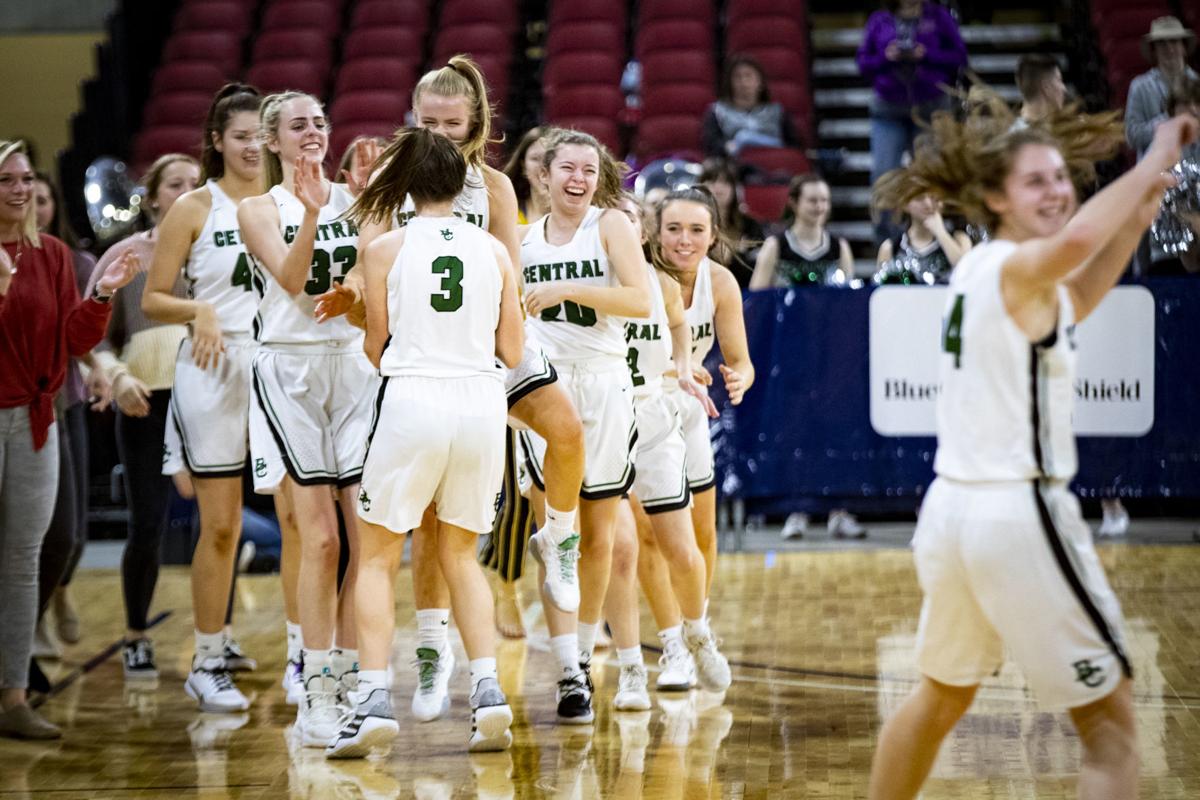 Billings Central's players celebrate a semifinal win at the State A girls basketball tournament at First Interstate Arena at MetraPark Friday. The mood later changed when the Montana High School Association canceled the remainder of the tournament. 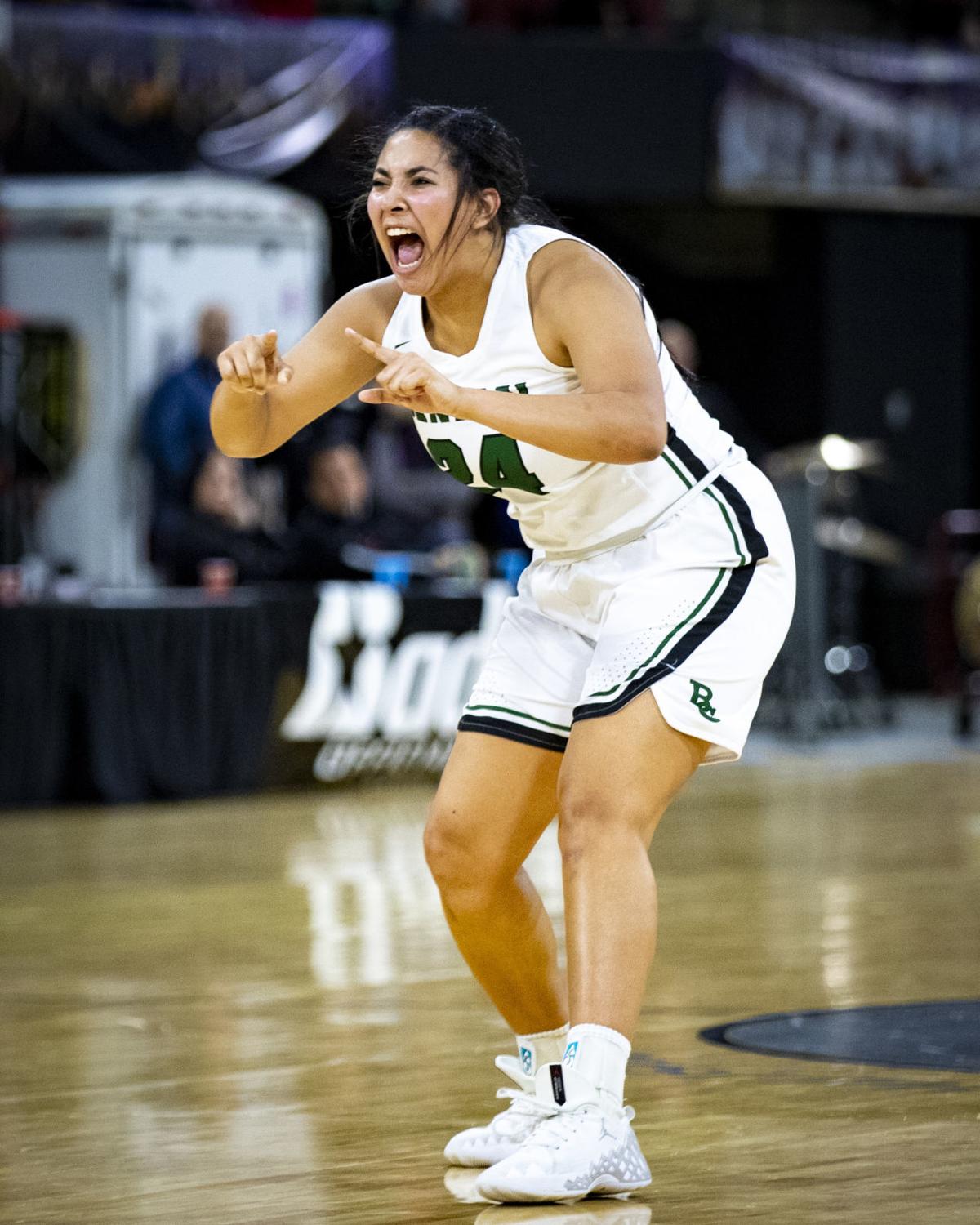 BILLINGS — One of the many enduring memories of last Friday for Billings Central girls basketball coach Jetton Ailes is the abruptness with which the season ended for everybody, but especially for her Rams.

It was a unique situation to be sure, a situation that no basketball coach prepares for, no matter how attuned to detail he or she is.

Up until the very moment the Montana High School Association scuttled the remainder of all eight state basketball tournaments late Friday, the Rams were still giddy from having defeated two-time defending Class A champion Havre in the state tournament semifinals. Some players were milling around the lower concourse of Metra, some standing with parents getting ready to leave for home as players for the next game were warming up. Some were still back by the team’s locker room.

Then came the bombshell. It had been announced earlier in the night that four Montanans had tested presumptive positive for the novel coronavirus, and that turned out to be the signal to the MHSA that the risks of having thousands of people gathered in various arenas were no longer acceptable.

As players from Hardin and Livingston stood on the First Interstate Arena floor, awaiting their own semifinal, the public address announcer told all in the building that the tournament would be canceled after the Rangers-Bulldogs’ game.

Those Central and Havre basketball players still by their locker rooms, some even still in uniform, were unable to hear the PA system, and they found out the news via social media or from reporters that the MHSA was pulling the plug. What quickly followed, for the most part, was a torrent of tears.

“To see them cry and all those emotions come out at once. First positive and then negative. It’s hard, because they mean a lot to you.”

Upon hearing the somber news, Central players worked their way back to the locker room many had just vacated moments before, a steady stream of heartbreak. Last in line was Olivia Moten-Schell, the lone senior on the Rams’ roster. Her father, Michael Moten, who is also an assistant coach, had his arms around his daughter. He was providing both emotional, and physical, support.

“There’s no substitute for the raw emotions everybody felt that night,” Ailes said. “Having (Moten-Schell) go out like that isn’t the ideal situation, but she can go out a champion on the floor and off. She made a mark on a program that will have a lasting impact for a long time.”

Once all her players were back in the locker room, Ailes told them how sorry she was, and that she knew she didn’t have any words to make them feel better. She told the Rams not to take a day of basketball, or of life, for granted, because as they had just experienced, it could be gone in an instant.

She also told them they had done everything they could to give themselves a chance to be a state champion. What had happened was out of their control.

Ailes just wished she could take it all away.

“The end was so abrupt,” Ailes said. “You have to be proud of these kids for controlling what they could control. They did what they could to earn the right to play for a state title and there’s nothing more that we could do.

Officially, Central and Hardin are co-state champions, along with the 14 other semifinal winners for the boys and girls in the Class AA, B and C ranks. For the Rams, it’s their first state title since 2013.

Knowing there wouldn’t be a trophy presentation following the Hardin-Livingston semifinal, the Rams filtered back out of the locker room once again. Most were emotionally spent and since there wasn’t much to be gained by waiting out the evening at Metra, the Rams went home.

It was a weekend on edge from the start. As the novel coronavirus surrounded the state, and before it was officially detected within Montana’s borders, other states canceled, postponed or played their high school tournaments with minimal fan participation. The NCAA canceled March Madness and professional leagues suspended their seasons. There were plenty more signs the tournaments could be in jeopardy.

But the MHSA chose to go full speed ahead with its tournaments, and made it through Thursday and most of Friday. And then the swift end.

“Hopefully, this is a once in a lifetime situation that we never have to go through again,” Ailes said.

'Where the Crow flies': Once at the bottom, woman finds sky's the limit as pioneering Native American pilot

Shawnee Real Bird is on track to becoming the first American Indian woman from a Montana tribe to earn a commercial pilot's license — a budding success story that begins with fortitude, family and faith.

Wolf Point's new girls basketball coach and his daughter are confident they can lead the Wolves to a bounce-back season.

Wolf Point's new girls basketball coach is from the town and has a daughter on the team.

A Lodge Grass native was hired to be the Indians' head girls basketball coach.

Spotted Wolf was first-team all-state and helped lead Hardin to a Class A co-championship.

Amyotte was a starter on the first Lodge Grass team to advance to divisionals in basketball in nine years.

Billings Central girls basketball players receive congratulations from schoolmates as they leave the First Interstate Arena floor Friday following a Class A state tournament semifinal win over Havre. Minutes after earning a berth in the state championship game, the Rams, and the rest of the state, learned that all eight state tournaments were being canceled due to the coronavirus pandemic.

Billings Central's players celebrate a semifinal win at the State A girls basketball tournament at First Interstate Arena at MetraPark Friday. The mood later changed when the Montana High School Association canceled the remainder of the tournament.