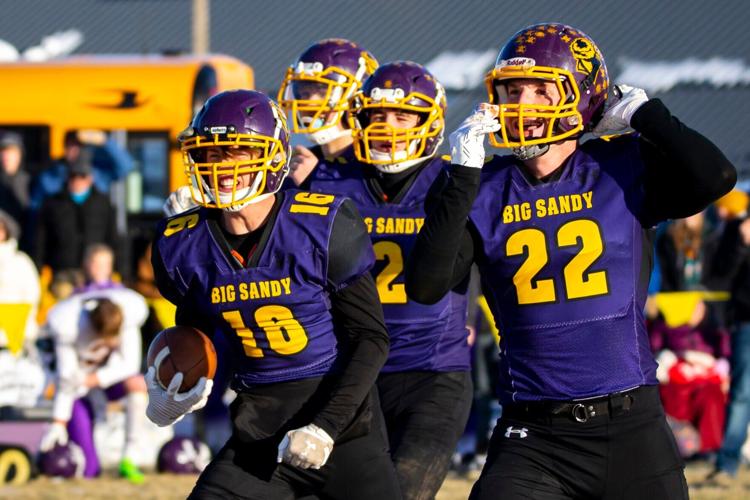 Big Sandy players celebrate toward their sideline shortly after the Pioneers won the Montana 6-Man football state championship game against Broadview-Lavina on Saturday in Big Sandy. 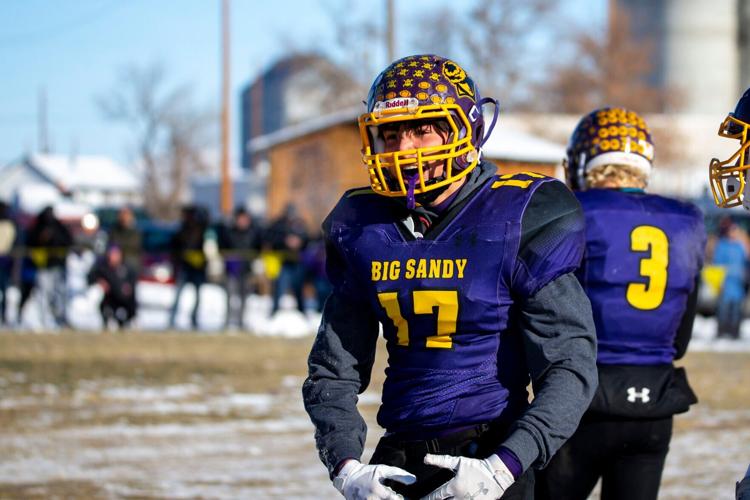 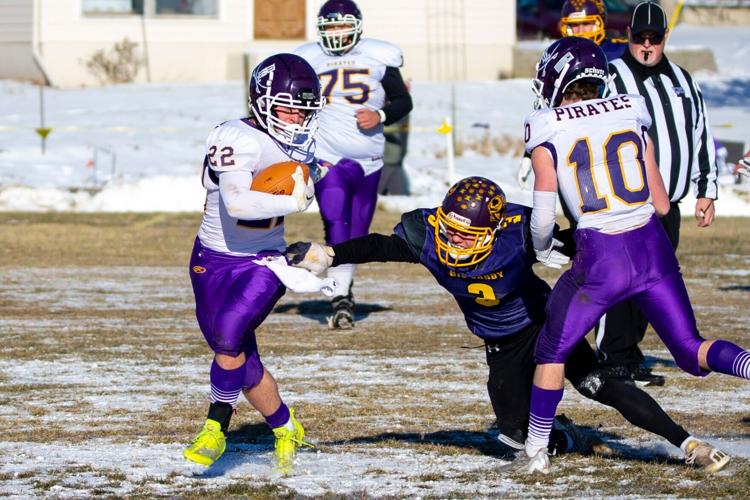 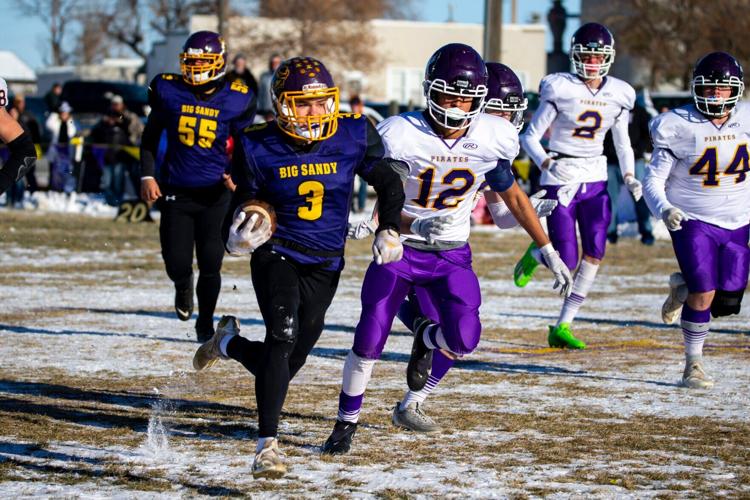 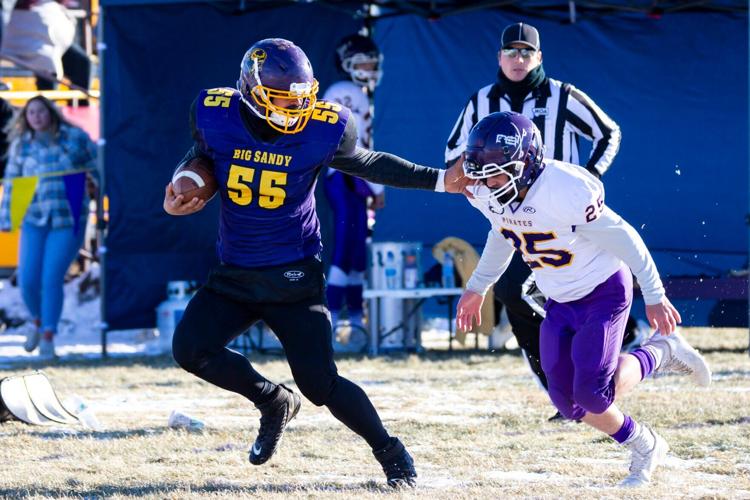 BIG SANDY — For years, Big Sandy football has had an identity crisis.

The past half-decade of Montana 6-Man football has seen the Pioneers considered elite, but never quite the best of the best. Look no further for evidence of that than by the fact that they lost to the eventual state champion in the playoffs in each of the past four seasons and in the semifinal round for each of the past three.

That was Big Sandy’s distinctiveness for four years — great, but always a step short of being the greatest. A program with the talent to win it all, yet never actually at the top of the totem pole.

Now, no one can deny the Pioneers their long-awaited title as kings of 6-Man.

Big Sandy finally rid itself of title game misfortune and many other near misses in its history by winning its first-ever football state championship Saturday, beating Broadview-Lavina 67-27 as the Pioneers romped to a dominant unbeaten season with few major challenges.

On top of the three straight seasons of final four defeats, Big Sandy (13-0) went into this weekend having lost all three of its prior title game appearances in 1931 (in Class B), 2003 (8-Man) and 2012 (6-Man). But the Pioneers left little doubt this time, and football-rich Chouteau County now has another town within its borders with a title plaque in a trophy case.

“They really did work hard. These kids did what they needed to do to win a state championship. They put in the offseason work (and) they put in work during the season.”

Listed as the state’s No. 1-ranked team in the 406mtsports.com rankings for much of the season, no team had even scored on the Pioneers’ starting defense until Custer-Hysham-Melstone did so in the quarterfinals, and even that was partly due to the fact that All-State linebacker Kody Strutz went down with an injury during the game.

But Big Sandy goes much, much deeper than one player. It showed in its state title win.

Junior wide receiver Cooper Taylor set the tone by scampering for a long rushing touchdown on the first play from scrimmage, giving the Pioneers a lead they never lost.

Still, Broadview-Lavina (11-1) did its best to make things interesting for much of the first half, only trailing 18-15 with 6:05 left in the second quarter after quarterback Kade Erickson found tight end William Sanguins for one of Erickson’s three passing scores.

Yet as almost every team that Big Sandy has played this year has found, a breakout Pioneers scoring spree is a matter of when, not if.

Big Sandy outscored the Pirates 49-12 from that point onward (punctuated by a 31-point third quarter), with senior quarterback Braydon Cline lighting up the statsheet by finishing with seven total touchdowns — six via the air, and another one for good measure on the ground.

Senior running back Rusty Gasvoda’s rushing score with 3:57 left in the third quarter made it 61-21 and triggered the running clock, as the Pioneers just waited for their trophy presentation from there.

“That’s Big Sandy football for you,” Cline said when asked about the team’s third quarter. “We’ve been watching film on (Broadview-Lavina) since the very first week of football. … As soon as the running clock came in, we knew we had to keep working, but we had the win in the back of our minds. So it was pretty awesome.”

The mutual respect between the two programs was clear as the Pirates, who were playing in their first state championship game in school history, showed plenty of fight, but like all others this year ran into the Big Sandy buzzsaw. It didn’t help matters that All-State senior running back Hank Tuszynski went down with an injury in the first half, either.

Still, Broadview-Lavina coach Brian Heiken looked on the bright side — this year’s team is the most successful in school history, after all.

“That was a big trophy they lifted up at the end of the day,” Heiken said of his team’s runner-up finish. “Wasn’t the one we wanted, but I’m really proud of them. They played hard.

“When Hank went down in that first half, it’s hard to overcome that. He leads us so much on defense and carries the workload on offense, too. It’s just hard to get back from that.”

As the Pirates hope to use the postseason run they had to springboard themselves into consistent conversation among the 6-Man elites, Big Sandy — after toiling for a long, long time just outside first place — finally got its day in the sun.

And no matter what the future holds for the program, the Pioneers’ 2022 team will forever have an identity.

“I believed in them,” Jappe said. “I knew they were going to do it. … It’s been a long time coming, we’ve gotten close several times, but it’s great to finally have that trophy and banner in the gymnasium.”

Nominate your picks for our November honorees.

The Falcons made the Red Devils unbeaten no more behind a stout defense and quarterback Patrick Duchien's four total scores.

The Rams will take on the Lewistown Golden Eagles for the Class A championship Saturday at 1 p.m. in Lewistown.

The Gallatin Raptors won a thriller over Helena High on Friday and made some history in the process.

'Fire up and play': Lewistown, Billings Central meet for Class A football championship

Lewistown is playing in just its second Class A championship game in school history. Billings Central is making its 12th trip overall and 11th under coach Jim Stanton.

Check out what teams will be playing each other.

Tunisia our inspiration says USA captain ahead of Netherlands match

Big Sandy players celebrate toward their sideline shortly after the Pioneers won the Montana 6-Man football state championship game against Broadview-Lavina on Saturday in Big Sandy. 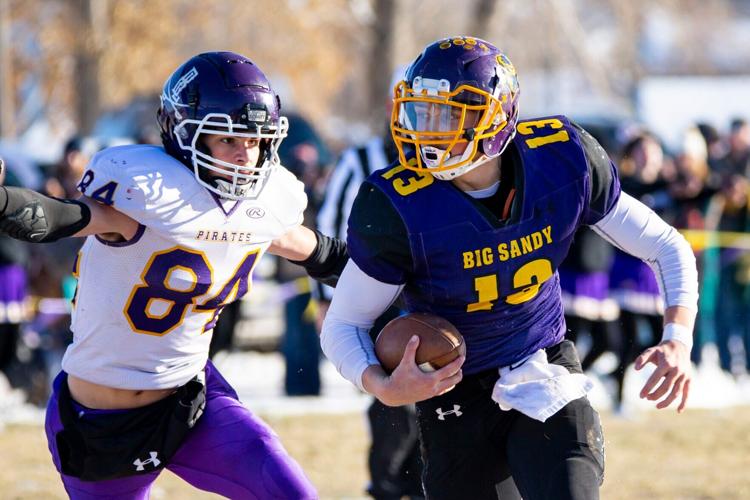 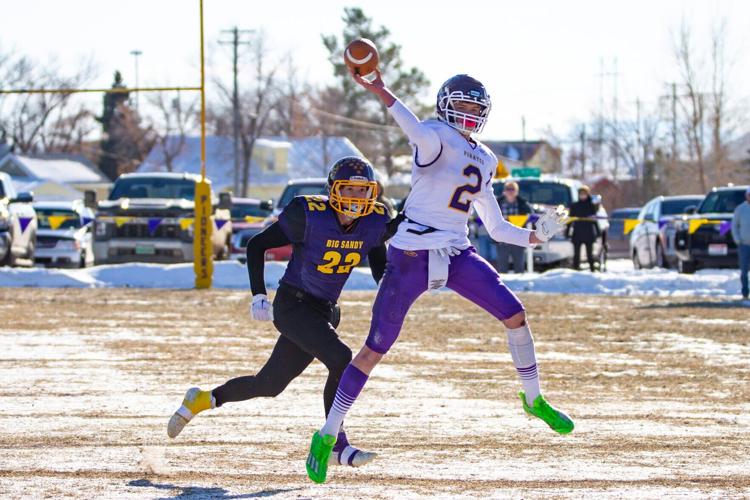 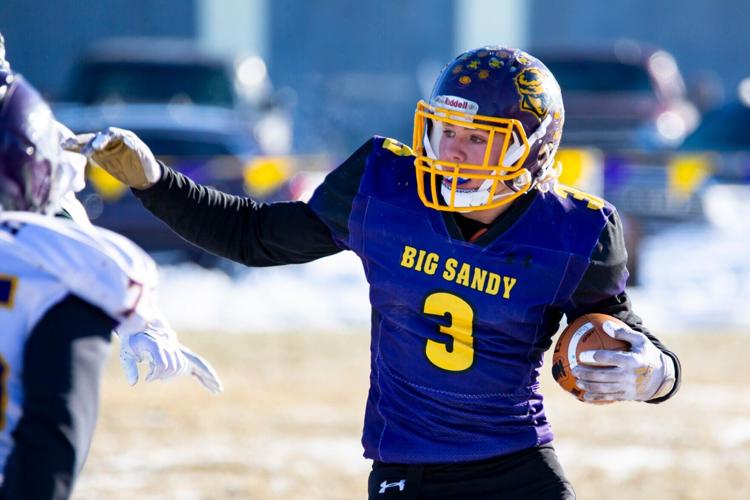 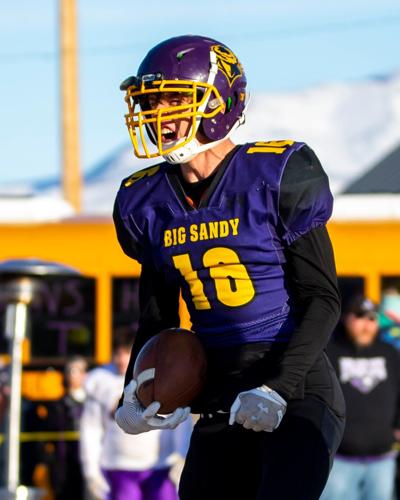