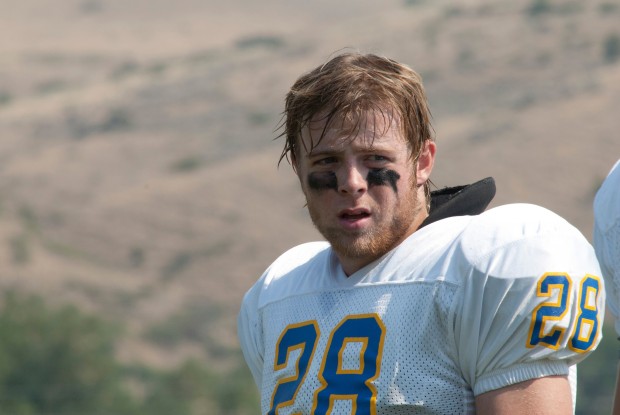 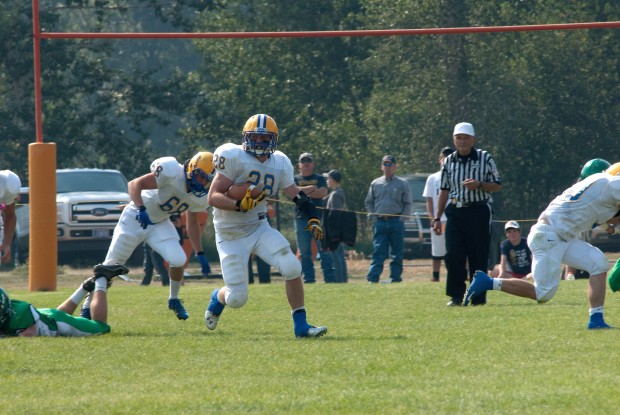 It’s a move that has helped Cody Vitt become one of the top running backs in the state, but he didn’t learn it from his coach.

“I can’t recall ever spending one minute in practice on that,” laughed Fairview football coach Kevin Clausen. “That’s all Cody.”

Vitt has used the jump-cut -- along with his 6-foot-1, 200-pound frame, sprinter’s speed and attacking style -- to rack up 3,207 yards and 73 touchdowns since the beginning of his sophomore season.

He’s the centerpiece of a Fairview team that is 16-1 over the past two seasons. The Warriors reached the Class C 8-Man championship game last year before losing to Twin Bridges, and they’re on a mission to return to the title game and produce a different outcome.

Fairview has outscored its five opponents this season by a total of 320-62, including impressive wins of 44-0 over Ennis and 62-12 over Wibaux -- both considered solid playoff contenders.

“Losing that championship was pretty tough on all of us,” said Vitt, who’s run for 732 yards and scored 15 TDs in five games this season. “We want to go all the way this year … that’s our goal and that’s what we’re all thinking about.

“So far things are going according to plan. We just have to keep working and strive to get better every week.”

Vitt is one of 13 seniors on the Warriors’ 33-man roster. Seven of those seniors are two-way starters, and a total of eight seniors start on both offense and defense.

“We’re pretty spoiled this year to have almost half of our roster be seniors,” said Clausen, a 1998 Glendive grad who’s in his seventh season at Fairview. “It’s just a great group of seniors. They’re talented kids and they’re hard workers … I can see five, six, seven of them going on to play college football if they choose to do that.”

With the lopsided scores Fairview is winning by this season, the seniors are getting plenty of rest in the second half of games. The Warriors led Hays-Lodgepole 58-0 with three minutes left in the first quarter when Clausen sat the starters down for the day.

“You would think it’d be tough to keep the kids motivated with all the blowout wins, but that hasn’t been the case at all,” said Clausen. “They’re such a good group of kids … they just want to work hard every day and try to get better.

“Plus we’ve got a really good group of younger kids. With the depth we have, we can get a lot of work done every day in practice. More than we can in some of the games, actually.”

When asked to describe his running style, Vitt modestly says “I just look for green grass and try to get there.”

More often than not, he gets there. As for his trademark move, Vitt said the jump-cut -- a move similar to a jump-stop in basketball that puts Vitt in position to cut either right or left at full speed -- is something he’s done as long as he can remember.

“It just came natural to me, I guess,” he said. “I just kind of react to what the defensive guy is doing. I can run over a guy if I need to, but my first thought is always to try to make people miss so I can stay at full speed and get more yards.”

At the end of a run when he’s not going to reach the end zone, Vitt has a tendency to seek out a defender and deliver a blow as he’s going down or being taken out of bounds.

“Cody is even more aggressive than he was last year,” said Clausen. “After we lost in the championship game, he dedicated himself to the weight room even more and he put on at least 10 pounds by lifting over the summer.

“Sometimes I feel bad for the defenders at the end of Cody’s runs. Most of the time it just isn’t going to end well for them.”

Are the Green Bay Packers pretenders?

Sports editor for the Billings Gazette.