BILLINGS — Four of the 10 teams remaining have never left home throughout the 2021 high school football playoffs. Will it pay off?

Missoula Sentinel (AA), Laurel (A), Florence (B) and Thompson Falls have enjoyed the friendly confines of home and would like to clinch state titles on their home turf.

However, all 10 teams have made it this far and have their eyes on the prize.

Here's how the trips for the final rounds shake out:

The Locomotives won Class A in 2020, but rather than playing that game in Laurel it was in Lockwood, where Billings Central hosted its games that season. Hamilton hasn't gone on the road in over a month this season, but the Broncs fell to the Locomotives in the 2020 semifinals so they're eager to try to earn their first title since 1998 as they make their trip east.

Neither of the 2020 championship teams in Class B made it past the first round so Florence-Carlton will look to earn its first title since 1977, which was won in Class C. But Bigfork has made itself comfortable on the road this season with upsets in each round after trips to Glasgow, Big Timber and Eureka and racking up 1,668 miles in the process.

The Titans from Drummond and Philipsburg have won three of the previous four 8-Man titles at three different sites: Philipsburg, Butte and Drummond. If the Titans want to repeat, they will have to add Thompson Falls to that list. The Titans and Blue Hawks have yet to face off in the last two seasons in spite of residing in the same division, but due to regular-season tiebreakers Thompson Falls earned the top seed and home-field advantage. After opening their attempt to defend their title at home, the Titans have since racked up 1,898 miles on trips to Fairview, Fort Benton and now Thompson Falls.

Froid-Lake got to hoist the trophy on its home field last season, but after going undefeated again in 2021, the North's top seed, in this case Power-Dutton-Brady, was predetermined as the host if the two faced off. Hence the Titans are hosting the championship in Dutton for the first time. They had to win on the road against White Sulphur Springs in the quarterfinals before returning home for the rest of the playoffs.

The top travelers overall this season come from all but Class AA.

Will anyone get to take a trophy back home? We'll see this weekend. 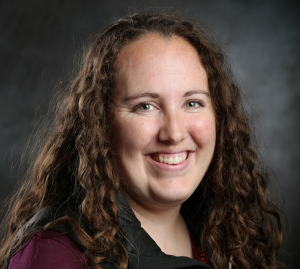