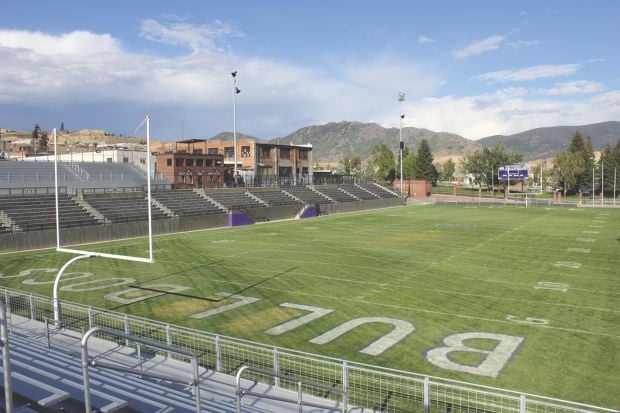 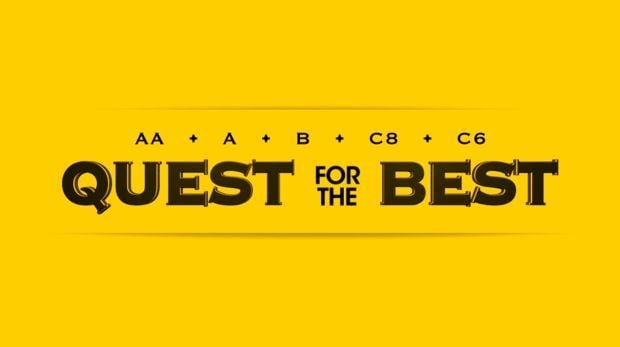 Boards mask windows in vacant structures, some of which are accented by graffiti or, worse, beginning to crumble.

“That’s all part of the gig,” confirmed Ned Ellingwood, the chief engineer at Butte High School. “That’s just the way Butte is. We come from a hard-rock mining community. That’s still instilled with the football players today. Even the newer coaches will bring that attitude to them about Butte being a working town. We’re a blue-collar town, that’s the bottom line.”

The stadium, originally known as Butte High Stadium, was constructed in 1937 and then was condemned in 1973 after a section of the wooden bleachers caught fire. It was reconstructed and reopened in 2011, though it wasn’t quite ready for the season-opening game. The first two games were played at Bulldog Memorial Stadium by East Middle School as they had been since 1976, according to Ellingwood.

The new Naranche Stadium, named after former Bulldog and Montana Grizzly Eso Naranche who was killed during World War II while serving in North Africa in 1942, features the expected modern upgrades. Butte, though, managed to preserve the history and character of the old stadium, where President Harry Truman delivered a speech during his re-election campaign in 1948.

An iron rod fence supported by brick columns runs the perimeter of the stadium, including a long stretch down the west side along South Main Street. Gate 1 is positioned on the northwest corner where a concrete mall greets fans.

Once inside the gates, the field, running east-west, is nestled between the school to the south and rundown buildings to the north. Concrete bleachers run the length of the north sideline with the original warming houses – now restrooms – serving as bookends. Another set of stands less than half the field length are positioned on the opposite sideline. Bleachers in the west end zone complete the seating, leaving minimal space between the fans and the action.

Fans on that end had a front-row seat to one of the iconic moments in Montana high school football history in 2012. Jake Dennehy booted a last-second 46-yard field goal, clearing the crossbar by inches according to most accounts, to lift the home Bulldogs to a 38-36 win over Bozeman in the Class AA state championship.

“I was right underneath the goal post,” Ellingwood recalled. “It was just pandemonium. It had to be over 10,000 (fans). We didn’t have a seat in the house.”

That kick completed what Ellingwood called Naranche Stadium’s “turnaround season,” thrusting the Bulldogs back to football prominence after a 21-year hiatus from the title game.

“As soon as they won that, they took the traditional fire truck ride,” Ellingwood continued. “Then the fog settled in. It was the eeriest thing you ever seen. It was pretty awesome.”

As legend has it, fog filled the field, symbolically granting approval from Bulldogs past to the new champions.

It’s only fitting that that win capped Naranche’s first full season back hosting Friday Night Lights. After nearly a 40-year absence, football was back in the heart of Butte, home of the most impassioned fan base in Montana.

“The people like to watch football here,” Ellingwood said, noting games might draw an extra 1,000 or 1,500 fans just because of the new stadium. “It’s so close with good seating and a good view, so that helps a ton. Butte fans are diehard to say the least.”

Who has the edge in the NL Wildcard race?

Who has the edge in the NL Wildcard race?

Vote for the best field

Time for you to choose the best football field in Montana!

Video tours of some of the best high school football fields in Montana, counting down to the No. 1-ranked field.

Quest for the Best: No. 2 -- Great Falls' Memorial Stadium

In the 1960s and ‘70s Great Falls was widely considered the football capital of Montana.

POLSON -- Mike Ludwig took his Laurel football team to Polson for a Class A quarterfinal playoff game in 2012.

Quest for the Best: No. 5 -- Havre's Blue Pony Stadium

This is the second in a series on the quest for the best Montana high school football fields. Today Slim Kimmel visits Blue Pony Stadium in Havre. 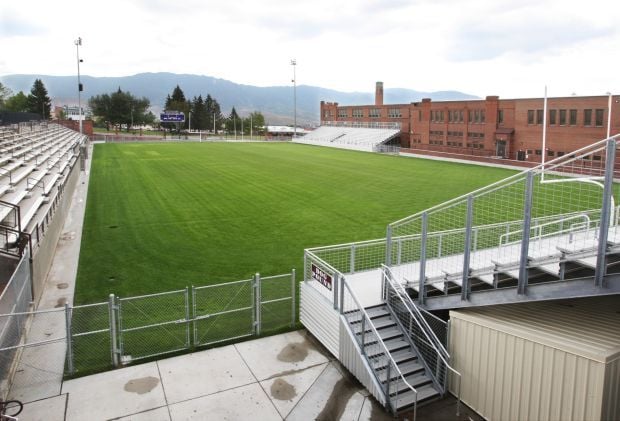 Naranche Stadium, with Butte High to the South, provides an intimate setting for a football game. Without a track to serve as a buffer, fans are practically on the field.