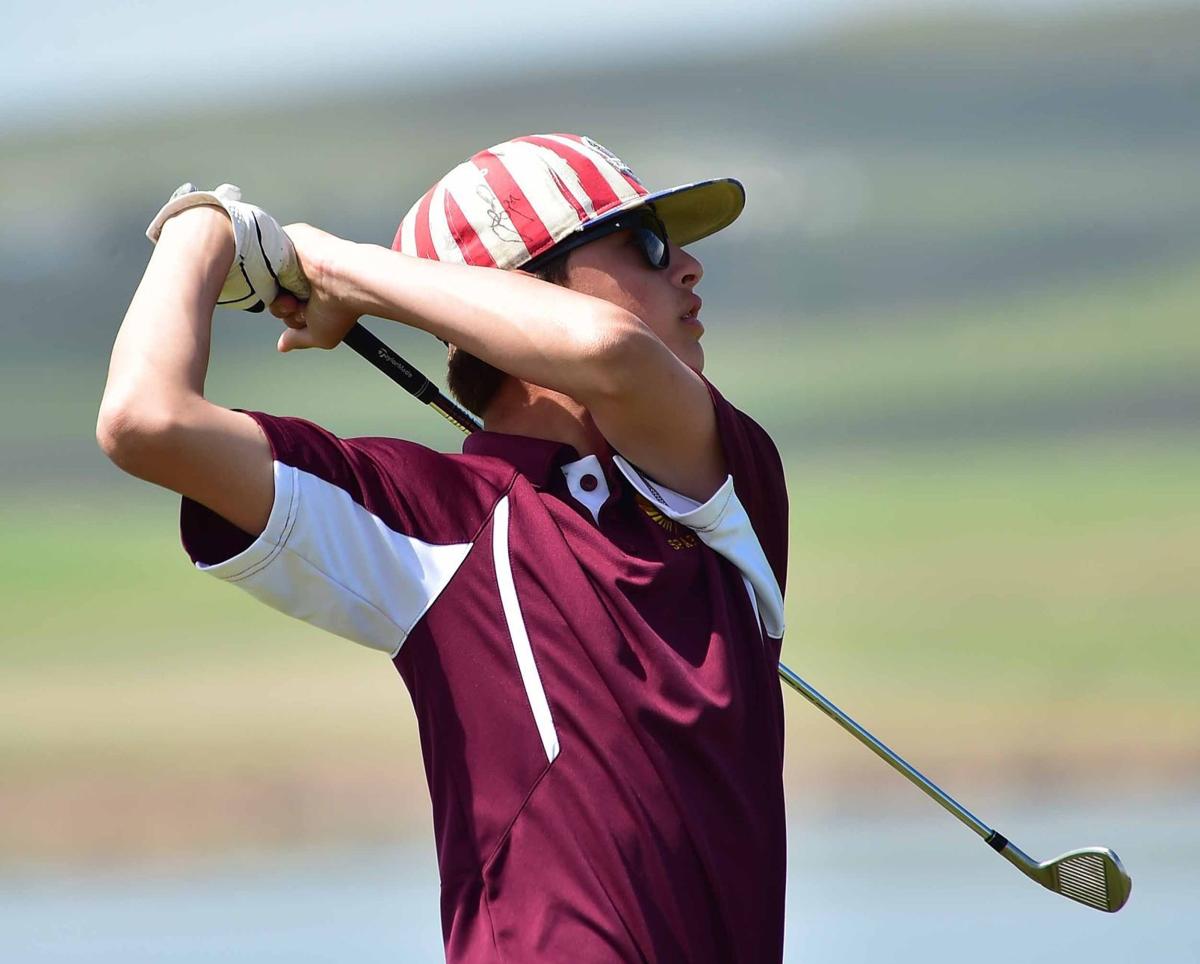 Baker's Konner Flint, pictured during the 2018 Class B Divisional Golf Tournament at Eaglerock Golf Course, had a great shot to win this year's State B individual title at Eaglerock. 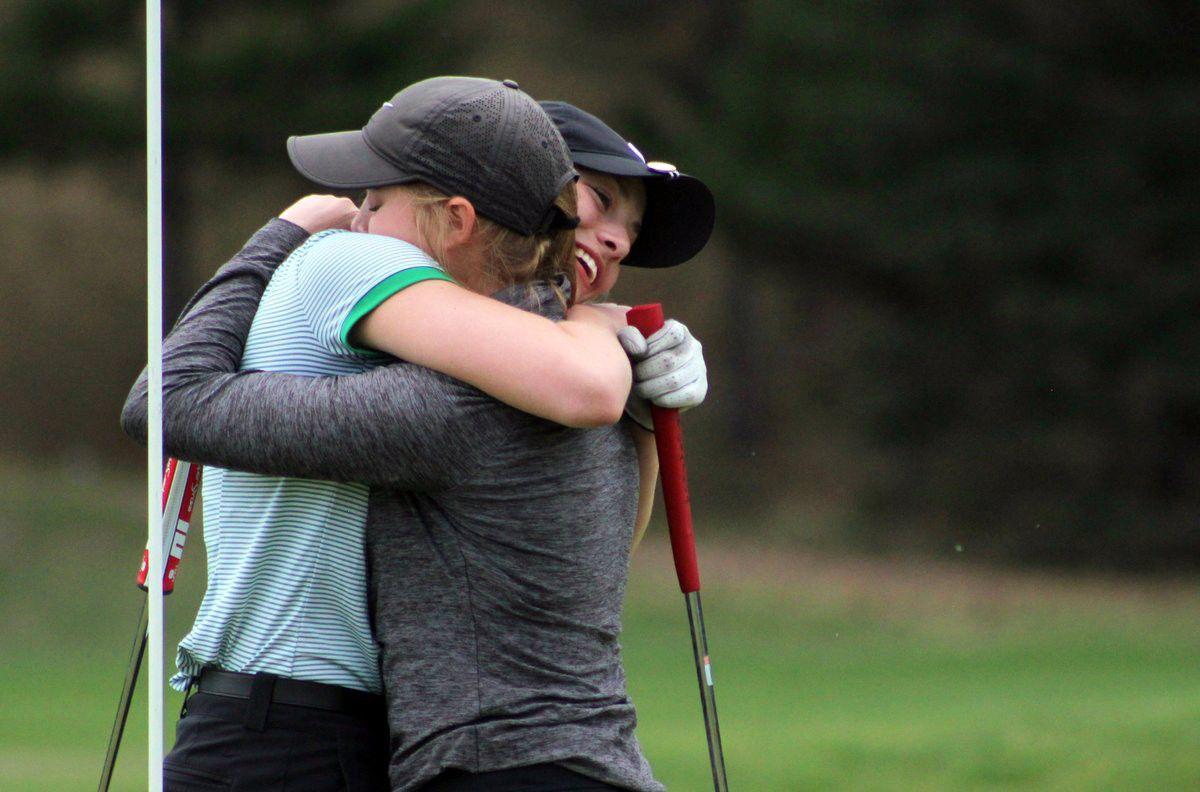 A look at what might have happened at this year’s Class B and C state golf tournaments, which were scheduled to run last Tuesday through Wednesday but were canceled due to the coronavirus pandemic:

A new medalist would have been crowned for the first time since 2017. Bucky Crippen ended his career at Missoula Loyola with his second straight State B title last May in Missoula. Crippen finished eight strokes clear of runner-up Blake Finn, a then-senior at Big Timber who now golfs at Montana State University Billings. Baker then-sophomore Konner Flint finished tied for fourth at the 2019 state tourney and had a great shot to claim this year’s individual championship at Eaglerock Golf Course near Billings. Baker finished third behind Loyola and Conrad for last year’s team title. Conrad had a good chance to win this year’s team title because of returners Jarek Shepard (seventh last year) and Brady Bokma (tied for 12th).

Shelby entered this season confident it would end its three-year streak of second-place state finishes and deny Loyola a three-peat. The Coyotes graduated Shelby Martin, who finished second behind Loyola’s Katie Fagg at last year’s state tournament, but returned their other finalists: Kendall Anderson (tied for 10th), Reese Whitted (14th), Kelsyn Lohr and Maddison Underdal (both tied for 35th). Fagg now plays for Carroll, but Loyola entered this year with a strong-looking team led by Isadora Tomazeli (fifth at state last season) and Kelsey Esh (ninth). Fairfield’s Emma Woods was a freshman last year and placed third at state, six strokes behind Fagg. She, Tomazeli and Bigfork senior Isabella Santistevan (sixth) would have been among the top contenders for this year’s individual crown.

Only two boys golfers in Montana history have won four individual state titles: 1998 Columbus graduate Brandon Davidson and 2018 Libby grad Ryggs Johnston. If not for a pandemic, Manhattan Christian's Caidin Hill might have joined them. After a one-stroke victory for the 2017 State C championship, the then-sophomore Hill rolled by 12 last May in Anaconda. Any medalist competition this year at Sidney Golf Course would have been surprising. Same goes for the team title. Hill’s classmate Trevor VanDyken placed tied for ninth last year, and fellow then-sophomore Cullen Visser was tied for 17th. They helped Manhattan Christian top Park City by 25 strokes for its second straight team title. Darby’s Ryley Conner finished tied for second place behind Hill last spring.

The dynastic Manhattan Christian girls won the previous three State C team titles by an average of 43.7 strokes. The Eagles graduated Jillian Frye, the 2018 individual champion and last year’s runner-up, and Alexa VanDyken, who finished tied for sixth. But they returned Natalie Walhof (16th) and Maddie Liudahl (tied for 17th), so a fourth consecutive team championship was not far-fetched. Frye was denied her second straight individual title by Ennis then-sophomore Landri Paladichuk. Like Hill, Paladichuk’s margin of victory last May was 12 strokes. Perhaps her stiffest competition this year would have Lone Peak’s TJ Nordahl, who finished third (and 16 strokes behind Paladichuk) as a freshman a year ago.

Coach wants to help create "some sense of normalcy" for student-athletes after a school year disrupted by the coronavirus crisis.

After placing second at state the previous three seasons, the Shelby girls golf team had a great shot to break through this spring. COVID-19 ruined the Coyotes' opportunity.

Montana high school athletic departments have saved some money this spring. Athletic directors are unhappy about that for several reasons.

Baker's Konner Flint, pictured during the 2018 Class B Divisional Golf Tournament at Eaglerock Golf Course, had a great shot to win this year's State B individual title at Eaglerock.