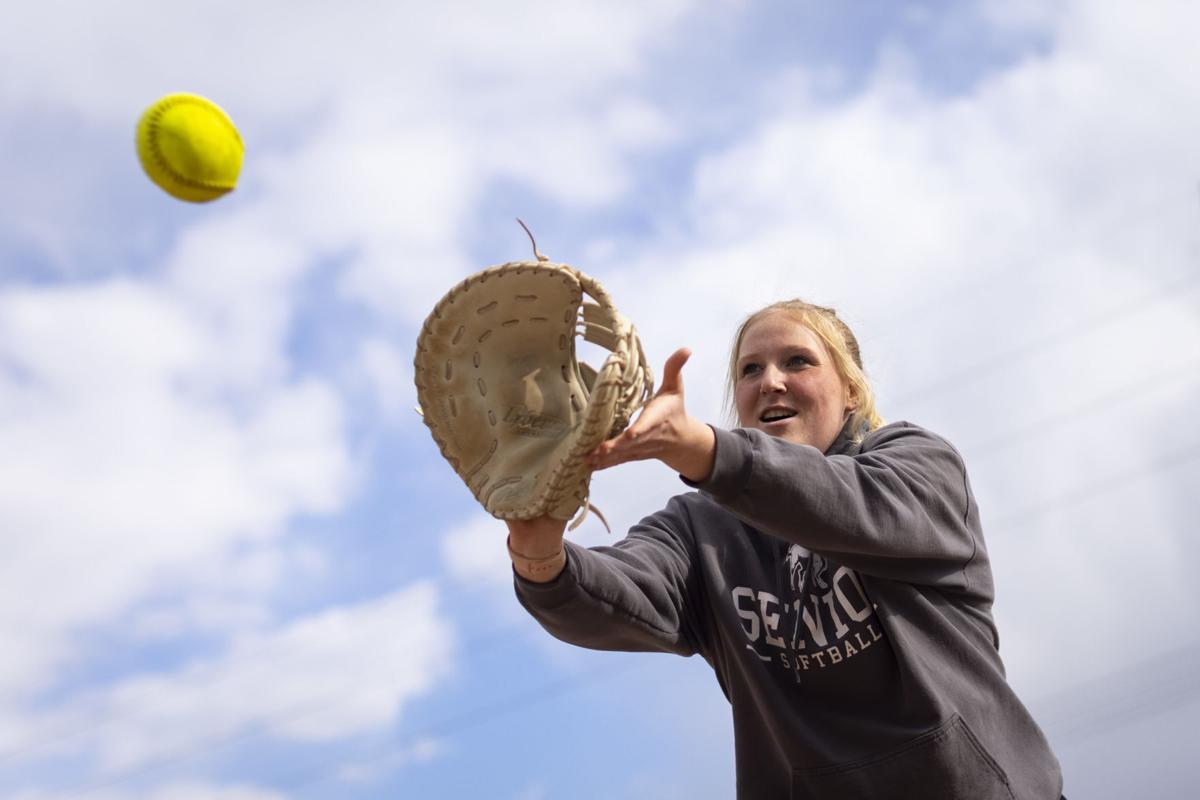 Billings Senior’s Dacee Zent wrote a 10-page paper on the use of illegal bats in softball as part of the Platinum program at Billings Senior. The hard-hitting Broncs slugger also produces in the classroom, with a 4.54 weighted GPA. 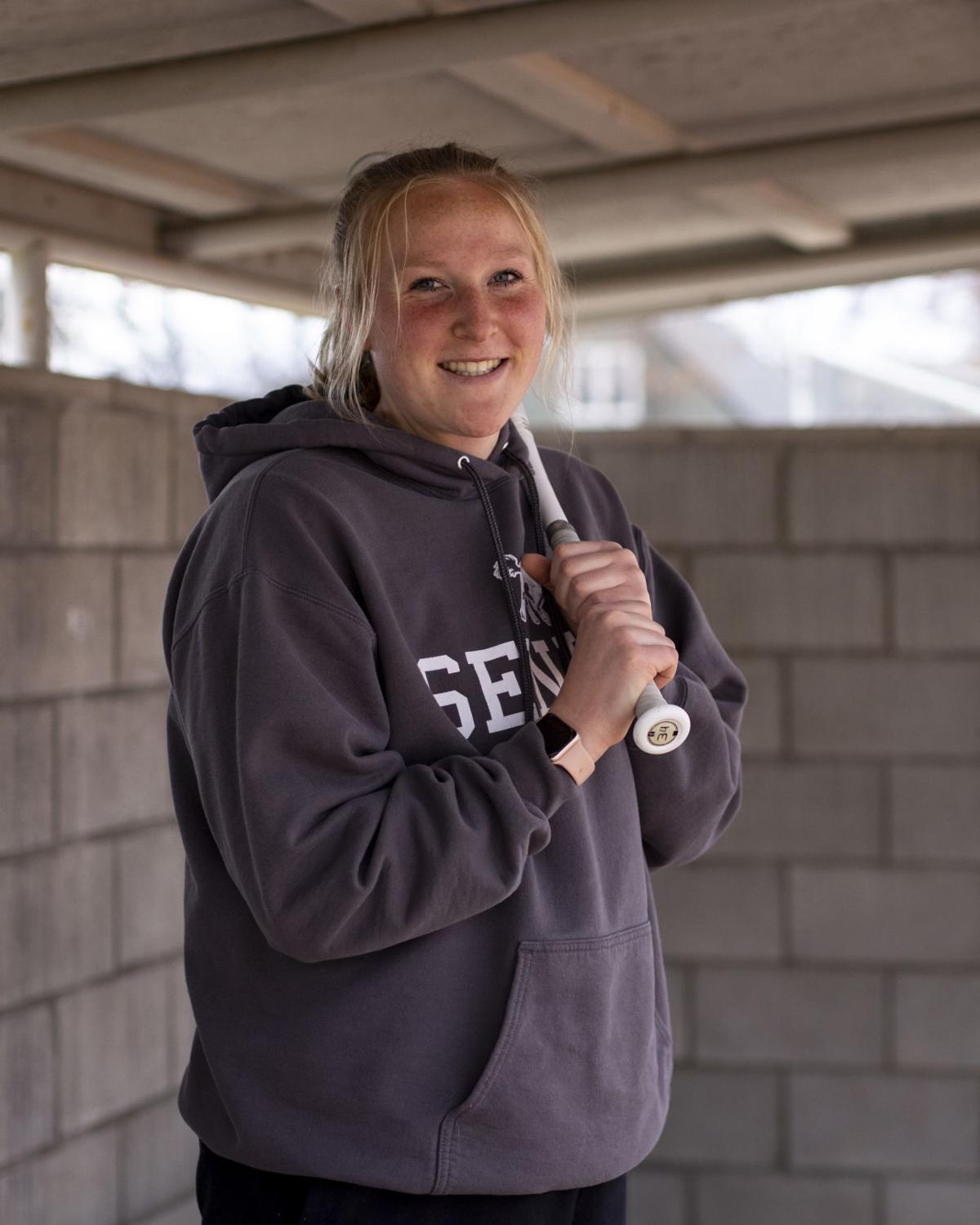 Billings Senior’s Dacee Zent is off to a hot start to the 2021 season, batting .600 and averaging better than 2.5 RBIs per game.

BILLINGS — Dacee Zent has a weighted 4.54 GPA, is in the Platinum program at Billings Senior where all she takes are advanced placement classes, and plans to eventually earn a master's in aerospace engineering.

What she really does well right now, though, is send softballs into orbit. And after the year off due to COVID-19 canceling last year’s spring sports season, to see Zent smacking a softball delights several of coach Lisa Shulund’s senses.

The Broncs are having an indoor workout this day thanks to the ever fickle spring weather and Shulund motions toward the small gym at Senior where the players are getting in their swings.

“If you listen to her hit in there, it sounds like a gunshot,” Shulund said. “She hits the ball so hard. Her hands are so fast.”

You don’t need the echo of an indoor blast to tell you Zent’s bat speaks plenty loud. A stat sheet does that, as well.

In Senior’s first eight games, the first baseman is batting .600. She has four doubles, a triple and two home runs among her 15 hits, which means she’s slugging 1.167, and she’s driven in 21 runs, more than 2.5 RBIs per game.

Zent talked earlier this season about the return of spring sports and she had an air of uncertainty in her voice. That’s probably true of any athlete who has missed a full season of competition. Where would she be physically when her sport resumed nearly two years after she last saw competitive high school pitching?

As a freshman in 2018, Zent hit .338 and upped that to .418 with 17 RBIs in 20 games as a sophomore. While she expected continued progression this season due to being older and wiser, she didn’t expect it so soon.

“I am super excited about how I’ve been able to start this season,” she said, taking a short break from her workout. “I’m super proud of how I’ve come back from having that whole year off. I’d played a few travel ball tournaments, but I was kind of unsure where I was going to be at this year.”

Zent is a Broncs legacy, of sorts. Her mother, Allison Zent, starred for Senior in the 1990s and helped the Broncs win Class AA titles in 1993 and ’94. Allison Zent was a teammate of Shulund’s and graduated a year ahead of her.

Shulund sees a lot of Allison Zent in Dacee Zent. The physical build, how hard they hit the ball. Shulund has also seen growth in other areas, too, something that Shulund said those Broncs teams in the '90s had.

“She’s more of a vocal leader and kind of takes charge,” said Shulund, who is in her 10th season as the Broncs coach covering two stints. “Which, I told (Dacee) and her family, it’s fun to see.

“She takes pride in what’s going on here and so she wants it done right.”

Zent wants everything done the right way. For her “magnum opus” for the Platinum program, she did a study on the use of illegal bats in softball, quantifying the ill-gotten gains of players using bats deemed to be “illegal.” The Amateur Softball Association disallows bats that produce an exit velocity of over 98 miles per hour.

She wrote a 10-page paper on the subject and then had to present it to teachers and community members for adjudication.

“It’s definitely a safety thing for me,” Zent said. “A pitcher usually has a .42-second response time when a ball is coming off the bat right at them. Whereas when it’s an illegal bat, it’s .27 seconds. So that’s markedly different. When you’re talking about points of a second, it’s not much, so I’m really concerned about everyone’s safety.”

Despite her credentials, Zent has no plans to chase a softball scholarship. Instead, she’s decided to attend Oregon State University for mechanical engineering and then go for that advanced degree, something where she can mix a love of physics and math. She said she might try to walk on for with Beavers softball program, but realizes that could be a long shot.

So, as the final weeks of her season and career wind down, she’s going to savor every last long shot she can muster.

“I’m just excited to play and I feel like this season’s going to go by super fast,” she said. “I’m just going to take it in for all it’s worth.”

And with that, she went back in the gym to create some more noise.

Revamped lineup, mindset has Billings West softball on a roll

West won its third straight since a lineup shakeup has helped the Golden Bears score 32 runs in their last three games.

Bloomgren's three-run home run in bottom of the ninth leads Bison to 5-2 win.

These athletes put up strong performances in April on the track and softball diamond.

Billings Senior’s Dacee Zent wrote a 10-page paper on the use of illegal bats in softball as part of the Platinum program at Billings Senior. The hard-hitting Broncs slugger also produces in the classroom, with a 4.54 weighted GPA.

Billings Senior’s Dacee Zent is off to a hot start to the 2021 season, batting .600 and averaging better than 2.5 RBIs per game.