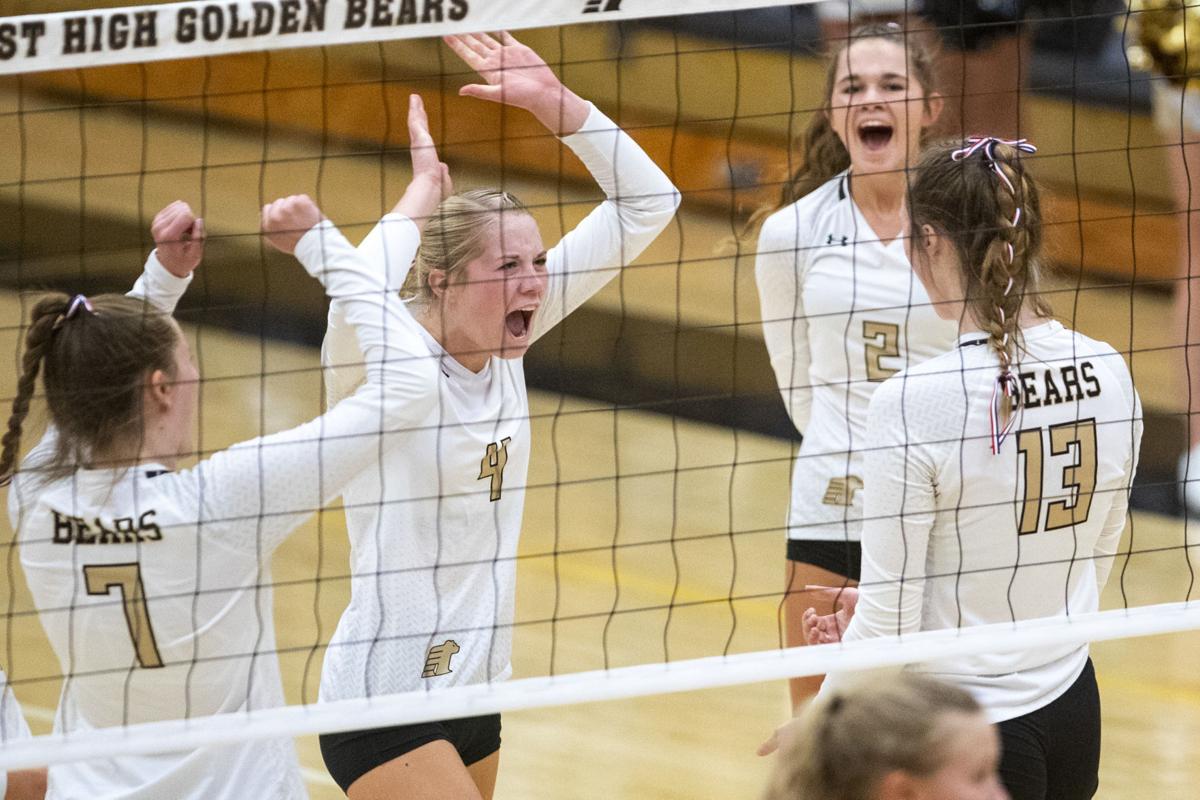 Billings West’s Kaitlin Grossman (4) celebrates with teammates after a point against Bozeman Saturday afternoon at the West gym. 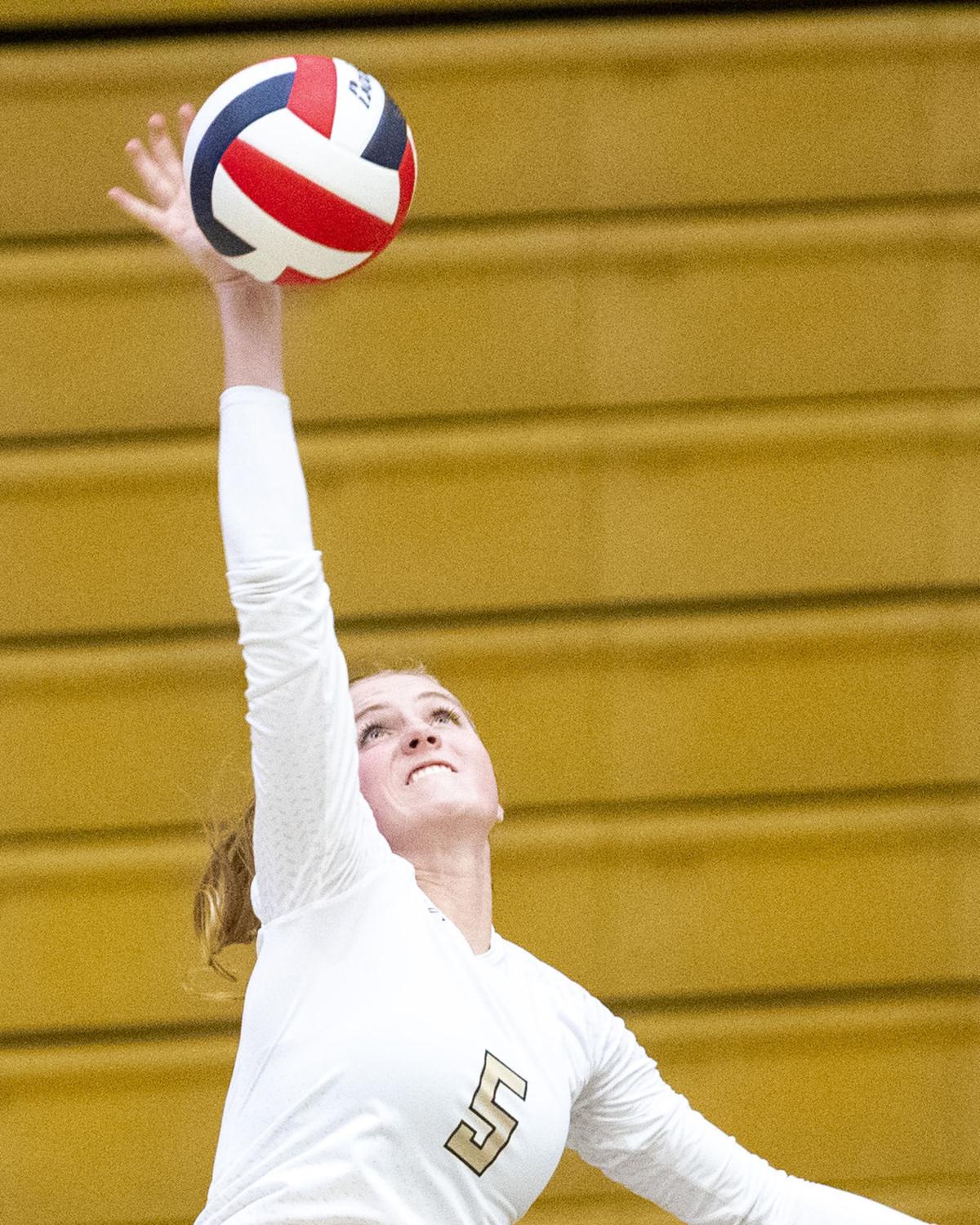 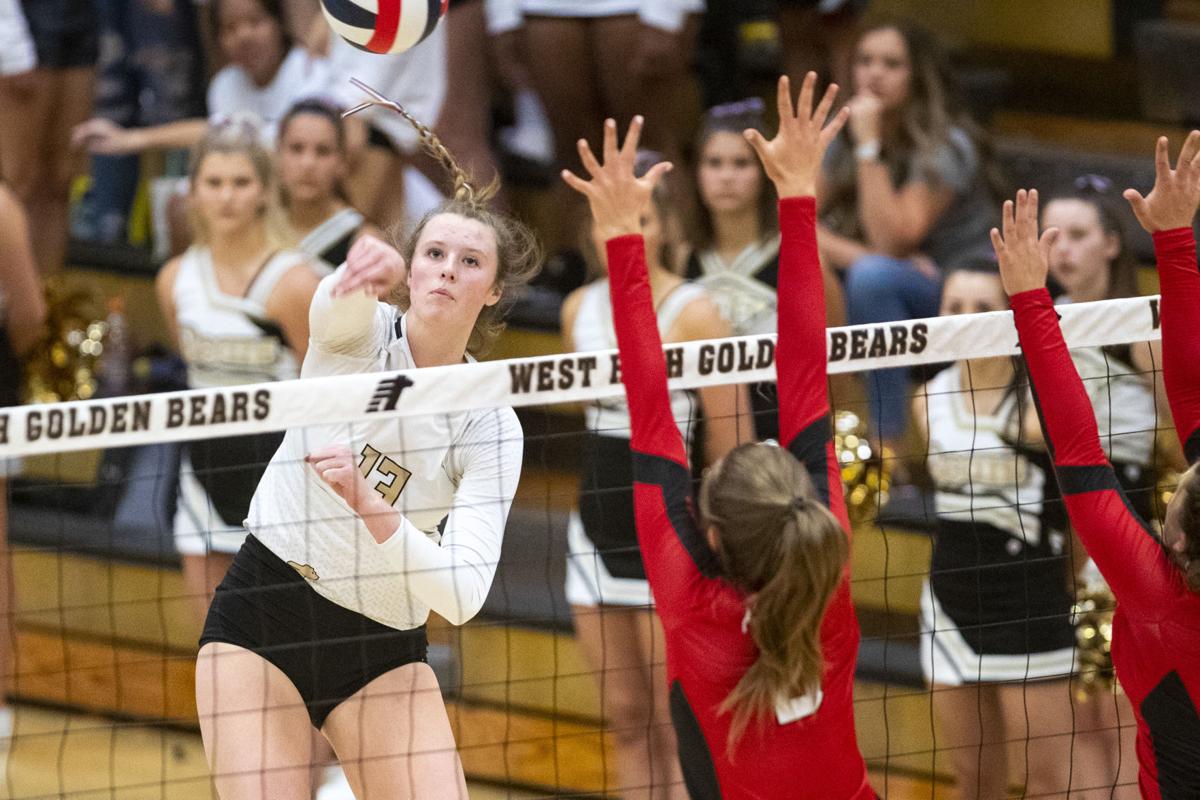 Billings West’s Sydney Pierce (13) goes up for a kill attempt against Bozeman Saturday at the West gym.

BILLINGS — The serve taketh and the serve giveth away.

That was the case for the Billings West volleyball team, who rode an up-and-down serving day (mostly up, though) to a three-set Eastern AA sweep over previously undefeated Bozeman.

“Today we finally did a good job of just playing consistent through the whole game,” said West coach Monica Smith, whose team improved to 7-0 overall and 2-0 in the Eastern AA. “Instead of riding the roller-coaster and having those ebbs and flows, we played consistent and solid.

“I think our serving was our area that we need to work on a little bit. But we played really well as a team and everything kind of clicked and came together.”

Sidney Streiff had five of the team’s 10 aces, and it was her eight-point serving run that helped the Bears dominate the second set. West, though also had nine service errors for the match, which, combined with some tough defense from Bozeman at times, prevented too many scoring runs for the Bears.

Though aces barely outnumbered errors, the Bears’ serve did a good enough job of keeping the Hawks out of their offensive system for the most part. With the third set tied at 17-17, Sydney Pierce served six consecutive points with the help of one ace that allowed West to all but cinch the match.

The Hawks came to Billings with a 7-0 mark but rarely found themselves with a comfortable lead in any of the sets. They Hawks had a one-point lead in the first set, never led in the second following Streiff’s big serving run, and twice had two-point leads in the third.

West, though, always had an answer.

“The past seven matches we’ve played pretty loose,” said Bozeman coach Jeni Anderson, whose team still can boast a 7-1, 1-1 record. “They’ve played really well together and they’ve been able to communicate really well. And I think they stiffened up a little bit today, which was seen in the (final) score.”

NOTES: Smith recently married. Her maiden name is Grimsrud. ... West next plays Tuesday at home against Belgrade. Bozeman travels to Great Falls on Thursday to take on CMR, another unbeaten team. The Rustlers (6-0) were last season's runners-up to Helena Capital.

Senior was down 2-1 in sets but turned it around to beat the Falcons.

Lockwood opened as a freshman academy three years ago.

Just six months from major knee surgery, Kourtney Grossman appears back to her explosive self.

Billings West’s Kaitlin Grossman (4) celebrates with teammates after a point against Bozeman Saturday afternoon at the West gym.

Billings West’s Sydney Pierce (13) goes up for a kill attempt against Bozeman Saturday at the West gym.