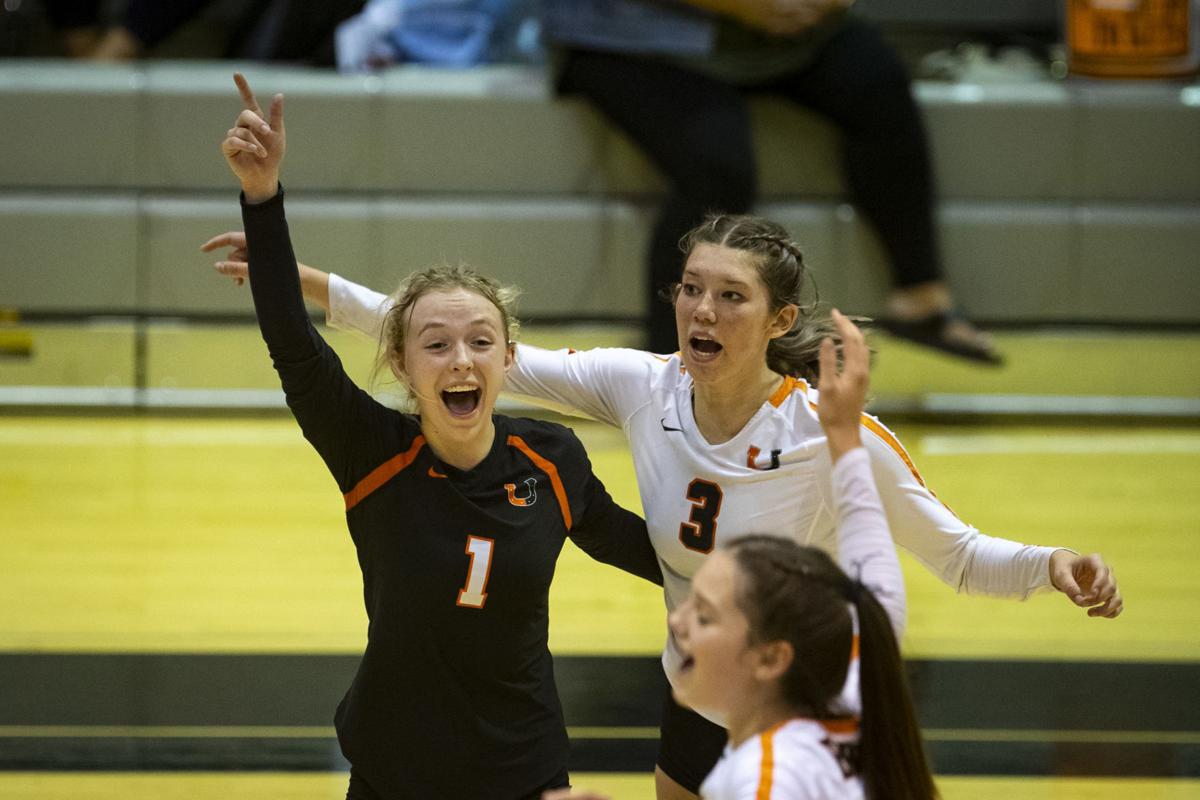 Billings Senior's Mya Pospisil (1) and Leah Champlin (3) celebrate after a point against Billings Skyview at Senior High School on Tuesday. 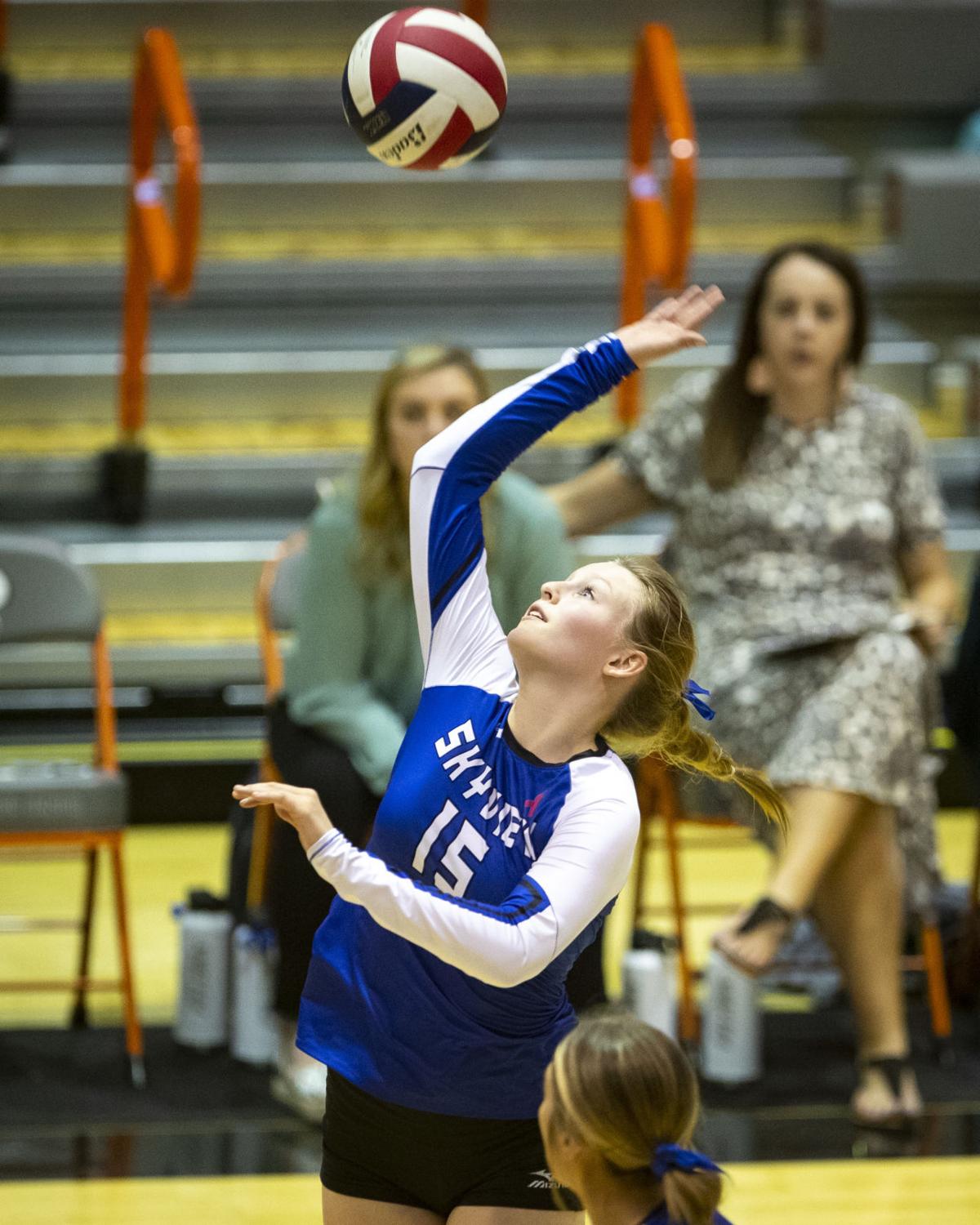 Billings Skyview's Leah Light goes up to spike the ball against Billings Senior at Senior High School on Tuesday.

BILLINGS — Their backs to the wall, Billings Senior rallied from a set down and a five-point deficit in the fourth to edge crosstown counterparts Billings Skyview at a loud Senior gym Tuesday night.

The match took nearly two hours, and by the end the Broncs looked a step quicker in the 25-14, 18-25, 22-25, 25-19, 15-7 Eastern AA victory. Kara Pospisil’s match-high 12th kill was the clincher in a match that, not surprisingly given the back-and-forth nature of the night, saw the teams post nearly identical statistics.

The difference, though, to Broncs coach Karen Switzer was her team’s determination to power through a match where both sides had trouble getting into their respective systems.

“There was a lot of refuse-to-lose on our side,” Switzer said. “I felt like we had that in the first set and then we kind of lost it. By the end, they just refused to lose.”

Though her team lost a chance to win its second straight, Skyview coach Stormy Siemion was equally impressed with her own squad. The Falcons (4-4, 1-2) had their struggles early but won sets two and three and were up 10-5 in the fourth before watching the Broncs right their ship.

Trailing 8-6 in the fifth set, the Falcons couldn’t stop a long serving run by Senior’s Izzy Ping and eventually succumbed.

“In our conference right now, it's tough,” Siemion said. "I told the girls every night we're going to play a tough game, no matter who we're playing. And so we have to show up, show out and hope for the best."

Ping finished with 11 kills and five blocks, and Leela Ormsby added five blocks as well for the Broncs (5-3, 1-2), who evened their record in five-set matches to 1-1. Mya Pospisil had 20 digs and three aces, and Rylee Kogoshak finished with 34 assists and 13 digs.

Jordan Olson-Geck led the Falcons with 11 kills. Brooke Berry contributed four aces and six blocks, while Maci McDowell led the team with 12 digs. Kalli Baumberger and Jenna Salveson combined for 27 assists, with Baumberger having 14 of those.

“I think our energy definitely turned around,” Senior’s Kara Pospisil said. “We just got more confident and played our game. Our energy gradually got better and we built our confidence up.”

Lockwood opened as a freshman academy three years ago.

Billings Senior's Mya Pospisil (1) and Leah Champlin (3) celebrate after a point against Billings Skyview at Senior High School on Tuesday.

Billings Skyview's Leah Light goes up to spike the ball against Billings Senior at Senior High School on Tuesday.