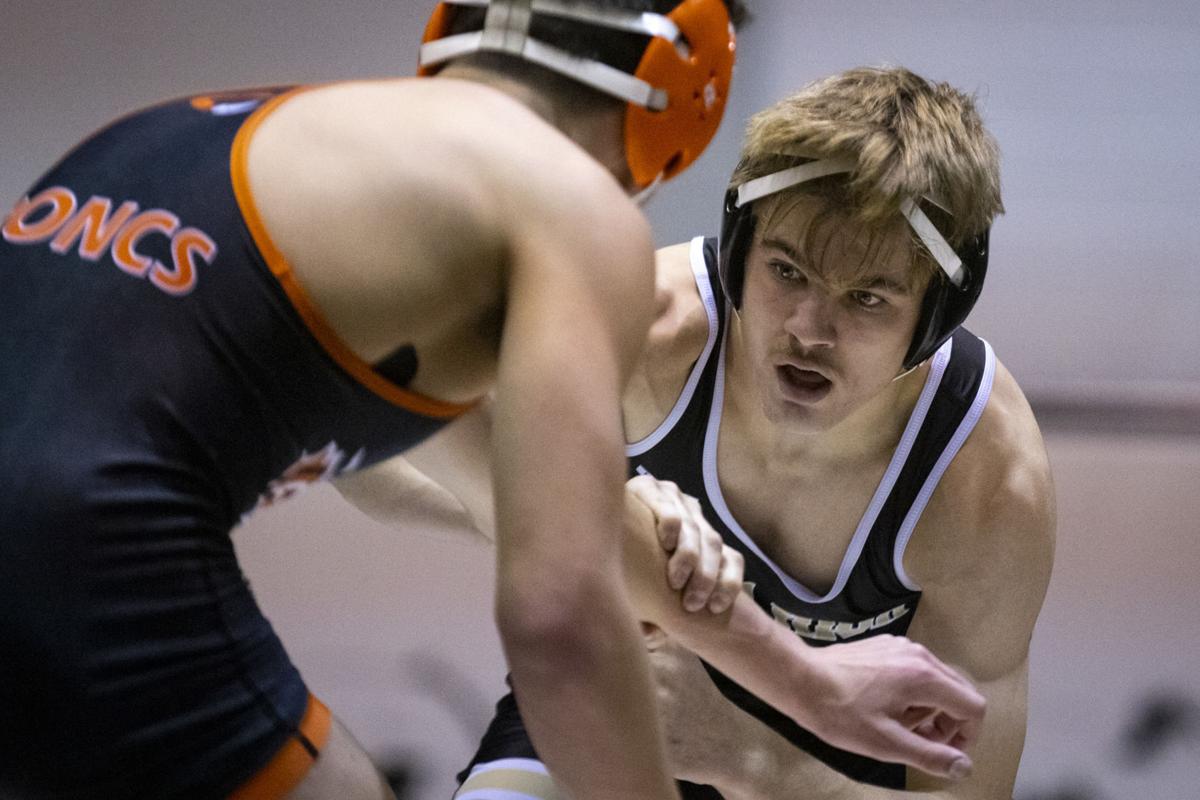 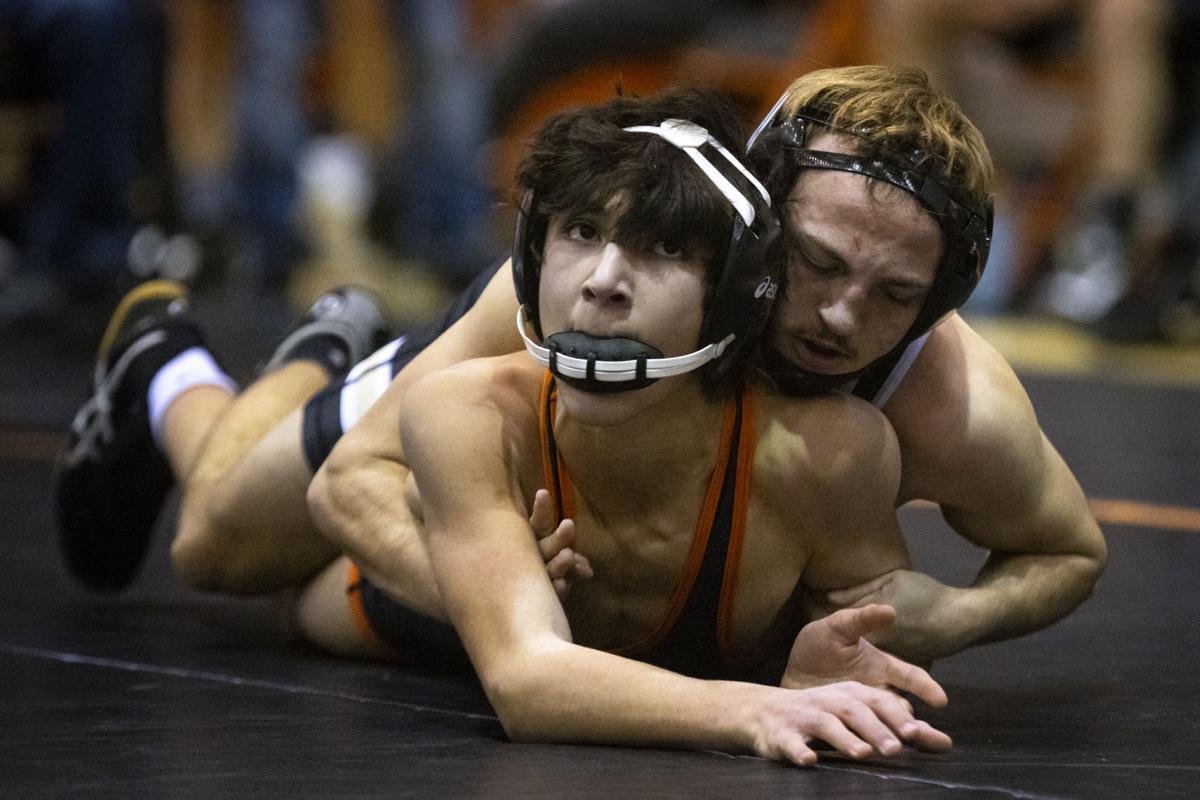 BILLINGS — When the ref slapped the mat signaling a victory by pin, the moment was not lost on Billings West senior heavyweight Jadyn Hoff.

The fourth-year West wrestler’s win in 3:40 over Billings Senior’s Charlie Desmarais in the final match of the dual shut the door on a four-match pin streak by the Broncs and gave the Bears a 39-30 win over their crosstown rival.

West had led 33-6 after Drake Rhodes won his 152-pound match by technical fall on Tuesday at the Senior gym. After the Broncs’ Shawn Miller, Isaiah Murch, Thomas Klepps and Peyton Morton scored successive pins, the Bears led the Eastern AA dual 33-30 with a match to go.

“It would be my first time beating Senior at West,” Hoff said. “And senior year, it’s a magical experience to finally beat them.”

Longtime Bears coach Jeremy Hernandez said it was the first time West had toppled Senior in a wrestling dual in 10 years.

“That’s a huge win for our program,” Hernandez said. “The kids are in the room busting their butts and putting in their time. I’m the crazy guy in the corner jumping around.”

And while attendance was limited due to the ongoing coronavirus pandemic, one wouldn’t have known it by the noise in the Senior gym as excited fans and wrestlers cheered on their favorites all night.

With so much on the line entering the final match, Hoff said it was important to keep his composure.

“I kept my head cool and knew what I can and have to do at that moment,” he said. “You feel like it is a personal match and not a team dual and you want to strive to get the victory for yourself.”

With the victory, fourth-ranked West improved to 3-0. Second-ranked Senior is now 2-1.

With the dual starting at 103 pounds, West freshman Keyan Hernandez put the Bears on the board first with a pin in 3:58. The Bears’ Jase Van Pelt followed with a 6-0 decision at 113 and West led 9-0.

Nathaniel Hoff had a majority decision at 132 pounds and RJ Lowdog (138) and Gavin Stodtmeister (145) followed with pins for the Bears before Rhodes scored his technical fall to give West a 33-6 advantage.

The Bears will host Belgrade at the Golden Dome at 7 p.m. on Thursday. They will then host senior on Feb. 9 and Hernandez is looking forward to the rematch, saying he’d like his Bears to wrestle the Broncs every week for the good competition.

“We are just going to enjoy this win for the next couple days,” Hernandez said. “I guarantee the next time we wrestle Senior at West it will be a shootout.”

For the Broncs, who did beat top-ranked Great Falls High on criteria on Friday, they plan to go back to work on Wednesday.

“We had two teams out here fighting hard,” Senior coach Josh Beeman said. “It was a good early-season test for both of us.”

Senior has another rivalry match this week as the Broncs visit Skyview Thursday at 7 p.m. Skyview fell on the road at Belgrade on Tuesday, 48-27.

“Tomorrow is a new day, it’s time to get better,” Beeman said.

Red Devils will host Shepherd and Baker on Saturday.

'It's something these kids will remember': Lockwood hosts first home wrestling matches

The Lions are a second-year Class A program.

Who's No. 1 in the Class A wrestling rankings? It's all right here.

Their time to shine: An all-girls wrestling mixer planned for Shepherd Thursday

Senior had dropped a hard-fought dual with Billings West on Tuesday before meeting the Falcons.