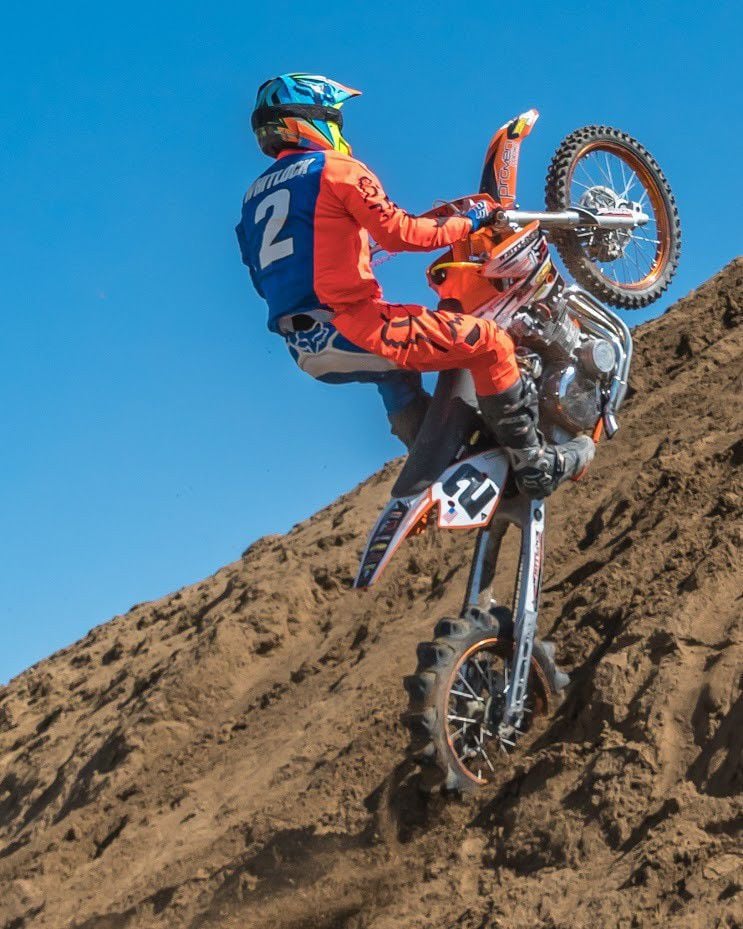 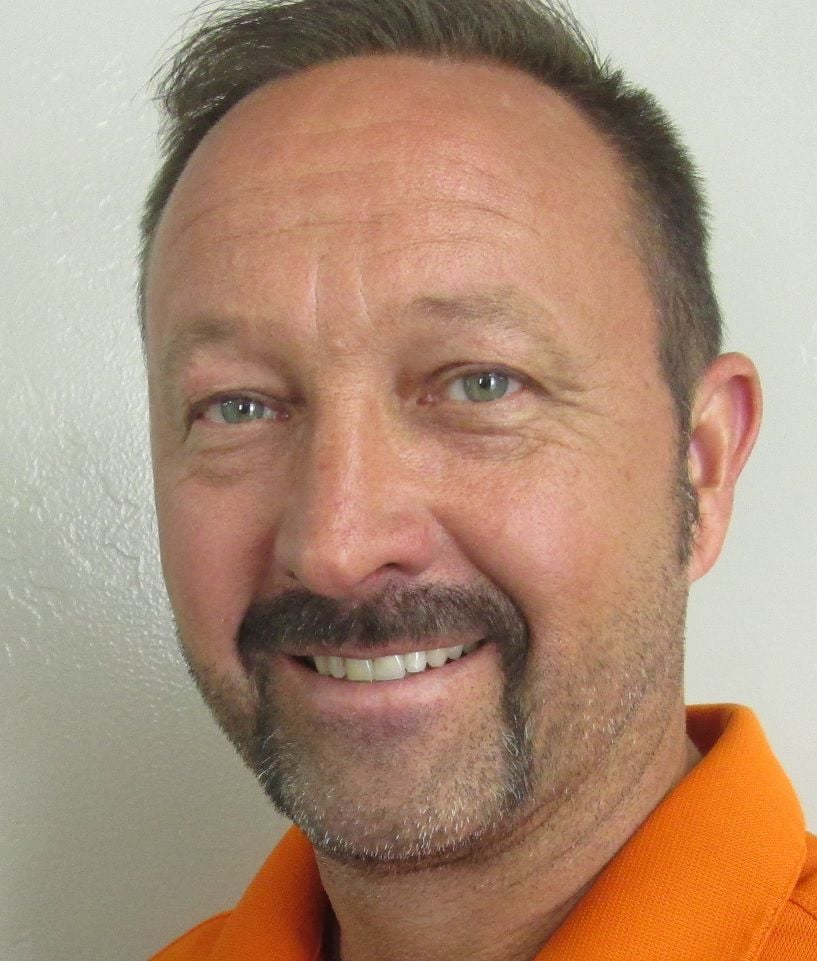 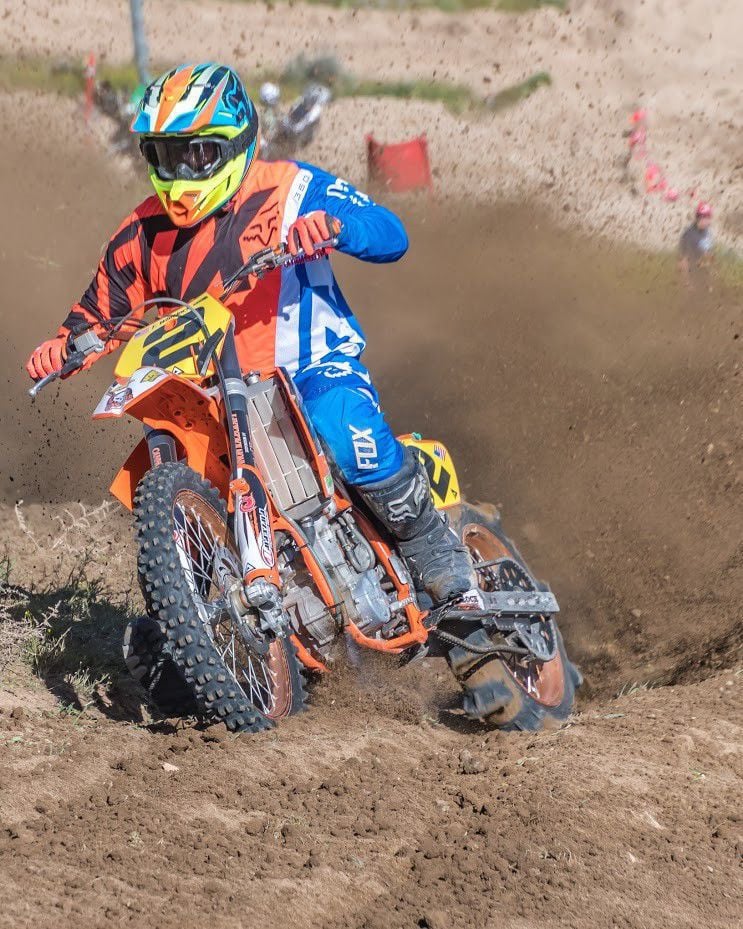 Hill climbing isn’t a sporting pastime typically associated with a father of four.

Whitlock, 47, who has claimed 14 national and three world hill-climbing championships, will be joining over 100 of the top professional motorcyclists from every corner of the country as they take on the 12th annual Nitro National Pro Hillclimb in Columbus on Friday and Saturday. Up to 10,000 spectators are expected.

The high-flying two-day spectacle, whose reigning champion is Logan Mead of Concord, California, will kick off at 8:30 a.m. Friday and continue until 11 p.m. The action will pick up at 8:30 a.m. Saturday and conclude with a fireworks show that night.

“It would be nice to get one more championship,” said Whitlock, who has participated in the Columbus event since it launched in 2006. “But, to be honest, I don’t do this for the championships or the points. I continue doing this hill climbing thing because I love this sport and I love these people.”

Those people include Whitlock’s family. His wife, Lexie, and their children — Tylee, 7; Landon, 10; Alexa, 17; and Brook, 22 — have all developed their own love for hill climbing. Brook and her husband, Jason — also a decorated hill climber with 18 championships — had a baby girl named Ellie on June 5. Whitlock said his nights since then have been balanced between the new granddaughter and prepping for Columbus.

“I’ll definitely wear the grandpa badge, but I don’t think it’s set in really,” chuckled Whitlock, who resides in Provo, Utah. “But family is what it’s always been about in this sport.”

Lexie, Landon and Alexa will be joining Whitlock on the hill this Father’s Day weekend. Lexie and Alexa — who begins her freshman year at Dixie State University this fall — will each compete in the women’s pro class. Landon will ride in the 70cc mini pro class.

“It’s mind-blowing how fast time has gone by,” Whitlock said of watching his kids continue his legacy. “I can watch my kids ride and relate with how they feel: the butterflies, the fear, the excitement.”

He passed his hill climbing drive to his children much the way his father, Steve, passed it to him. Whitlock grew up in the shadow of the towering Widowmaker Hillclimb in Croydon, Utah, watching his dad ascend the 1,000-foot behemoth.

“I grew up following my dad’s tire,” Whitlock said. “That’s my roots. That’s where it got started.”

By age 12, he had already conquered the Great American Championship Motorcycle Hill Climb, becoming the youngest person to ever reach the summit. He went on to forge his legacy in that event, capturing nine titles between 1988 and 2004.

“There was a lot of competition there, and I developed better skills through the years,” Whitlock said of his 16-year span of conquering the Bentonite Nightmare. “Those days were definitely a lot of great memories. It was a great time period.”

Whitlock’s feats in The Great American established him as a formidable American hill climber, but he made his international mark in the southern France town of Pau where, in 1990, he became the first rider ever to top a notorious hill dubbed “La Montée Impossible.” The moniker literally translates to “The Impossible Climb.”

Leading up to Whitlock’s arrival, the event purse had doubled each year as the prevailing belief was that the hill would not, and could not, be conquered.

“That was the first year they brought Americans over,” Whitlock recalled. “No one had ever climbed this mountain before. The top of it was super steep with these four 8- to 10-foot walls.”

After two unsuccessful climbs, a determined Whitlock believed he could reach the summit on his final attempt.

“It was the best ride of my career,” Whitlock said. “To go over the top of that thing and be the first one ever was incredible.”

For his efforts he took home a purse in excess of $60,000 and a reputation as one of the world’s greatest hill climbers. For good measure, he went on to win the event two more times.

His list of titles is nearly unprecedented but, with another climb looming this weekend, Whitlock’s sights are now firmly set on Columbus.

“I just need to get that lucky bounce,” he said. “With all the competition out there, it’s a tough thing to do.”

Though event promoter Tyler Johnson concedes that the Columbus hill is not the steepest or tallest in the country, he stressed that the 1,200-foot course’s winding, obstacle-strewn path is not for the faint-hearted.

“It’s gonna separate the men from the boys,” said Johnson, who noted that this event was more about precision, instincts and quick thinking than just raw horsepower. Sharp turns, jumps and nearly vertical ledges will stand between riders and the apex.

Johnson and his team have spent the better part of the past month fine-tuning the hill by hand and with heavy machinery to craft a challenge worthy of the country’s top hill climbers.

“We’ve put so much time and effort into this hill,” he said. “We want to take this event to the next level. We’ve really stepped it up this year.”

Whitlock, who says his storied hill climbing career might be drawing to an end in the next few years, will be looking to step it up as well as he pursues another title. But rather than dwell on his past championships, he’s more inclined to talk about how meaningful it has been to see his children embrace the sport he cherishes so much.

“Watching my kids race and compete, I enjoy that more than riding myself,” said Whitlock. “I love to see the excitement that goes through their eyes, whether they do good or bad.

"For us, it’s not about winning or losing, it’s about doing what we love.”

Beneath the riding gear he’ll be encased in this weekend, and beyond the shelves of trophies he’s amassed, perhaps Whitlock is a typical dad after all.

Where: 310 Rapelje Rd., Columbus. Directions: Get off I-90 at Exit 408 and head south on N. 9th Street. Then turn right onto Old U.S. 10. Then turn right after Mountain View Cemetery onto Rapelje Road and head north for 2.3 miles.

Price: Tickets are $20 a day at the gate or at Nitronational.com

Etc: Purse is set at $25,000-$30,000...This  is the third event in the North American Hillclimbers Association tour...Fireworks will follow Saturday's races.

Quotable: "This is the biggest outdoor party in the Northwest. Some of the best riders in the world will be here. And a ton of money will go back into the community." — Tyler Johnson, event promoter.