Central grad Tranel, a 2-time Olympian, keeping her oars in the water
0 Comments
Share this
1 of 2 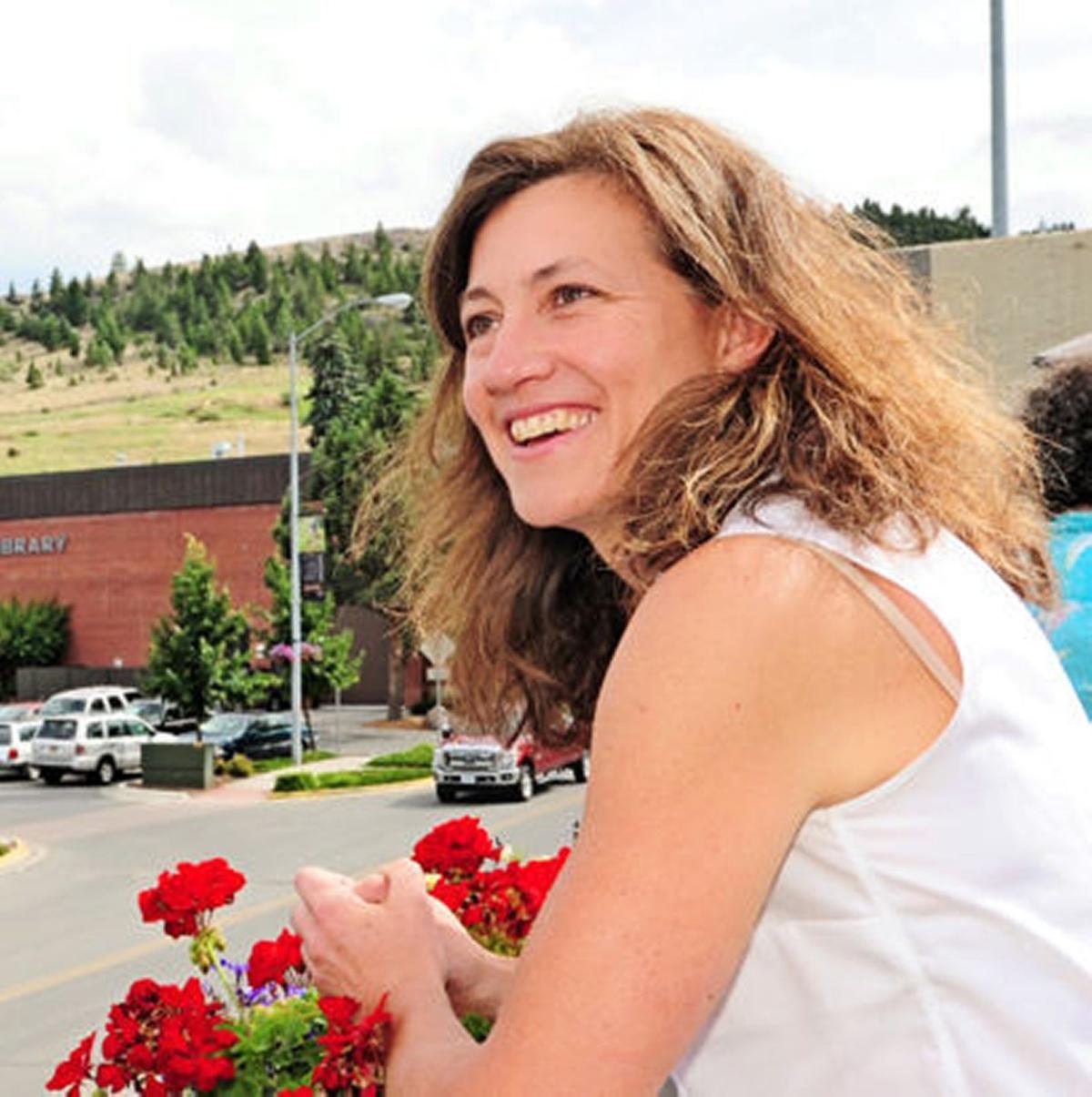 Monica Tranel, a Billings Central graduate, participated as a rower in the 1996 and 2000 Olympics. For the past 14 years, she's lived mostly in Helena. 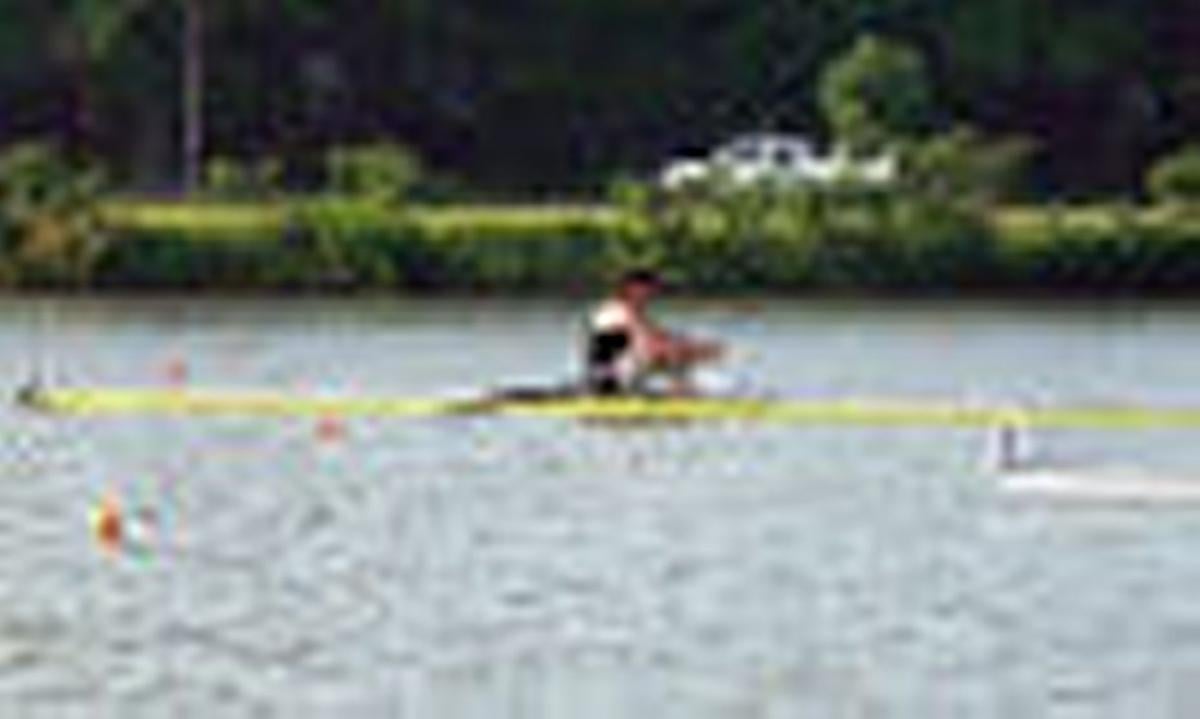 By CURT SYNNESS For The Gazette

HELENA -- Helena’s Monica Tranel is 15 years removed from rowing in the Olympic Games, but that hasn't stopped her from keeping her oars in the water.

Tranel, 49, a two-time Olympian and graduate of Billings Central, recently placed 23rd in her division at the Head of the Charles Rowing Regatta in Cambridge, Mass. Competing against 29 other rowers in the Senior Masters (40-49) singles division, she traversed the 3-mile course on the Charles River in 24 minutes, 53 seconds.

"I felt great and had a fun race," she said. "I finished 11th on raw time, which I was happy with, but there are six bridges and lots of turns on the course. I missed a bridge arch, which cost me time, but overall I was happy with the results. I love coming home to Montana."

Tranel competed in basketball and track at Central. She started rowing at Gonzaga University as a freshman in 1984 under the tutelage of coach Nelson Miller.

In 1993, competing for the U.S. rowing team, she earned a bronze medal in the women’s coxed fours at the Racice (Czechoslovakia) World Rowing Championships. The next year, she claimed two silver medals at Indianapolis’ World Rowing Regatta, in the women’s fours and women’s eights.

At the 1995 World Rowing Championships, Tranel was part of the U.S. World Championship women’s coxed eights team on Lake Kaukajarvi in Tampere, Finland. She also captured silver with the women’s eights at the World Championships at the Royal Canadian Henley Rowing Course in Saint Catharines, Ontario.

Tranel qualified for both the 1996 and 2000 Olympics. At the 1996 Summer Games in Atlanta, her American team just missed a bronze medal, finishing fourth in the women’s eights on Lake Lanier. And in Sydney, Australia, in 2000, she placed 12th in the women's singles scull race.

Tranel has lived all but two of the past 14 years in Helena.

A versatile athlete, in addition to her rowing workouts, she’s also heavily into Crossfit training.

“I’m (also) an avid mountain biker; I participated in the Butte 100 this summer,” she said, and also spends time on “skate skiing, hockey, hiking on Mount Helena and road biking."

When the lake isn’t frozen over, she keeps her single (shell) “out on Lake Helena, and I row three to four times per week, about 10K per row.”

Tranel’s recent venture to the Charles River is the latest of her numerous adventures in the Head of the Charles Regatta. She won the HOTC championship in 1993 and was second in 1995.

Get the latest in your inbox!

We're delivering updates and highlights on the Summer Olympics daily to your inbox, including What to Watch, live coverage, schedules and medal counts.

Missoula native Darian Stevens is the fourth Montanan so far to earn a spot on Team USA for the upcoming Beijing Winter Olympics.

WINTHROP, Wash. (AP) — For the first time in 32 years, organizers of the Rendezvous Cross Country Ski Festival in West Yellowstone, Montana, had to cancel November’s traditional start-of-the-ski-season event due to a lack of snow.

NBC will not send announcers to Beijing for Winter Games

NBC will not be sending its announcers and most hosts to the Beijing Olympics due to continued concerns about rising COVID-19 cases worldwide and China's strict policy about those who test positive.

The new guy: Marco Odermatt is the Next Big Thing in skiing

Column: 'Games must go on' spiel grows weaker by the day

The Olympic Charter runs 112 pages and reads like something Gwyneth Paltrow would have written if she were in charge of the Games instead of Goop.

US women's hockey once again led by a shining Knight

Cammi Granato had never forgotten the young girl she lent her stick and gloves to during one of the former U.S. Olympian’s first hockey camps in Chicago in the late 1990s.

It's men only in Nordic combined at the Olympics for now

LAKE PLACID, N.Y. (AP) — Like her brother, Annika Malacinski dreams of going to the Olympics in Nordic combined.

ASPEN, Colo. (AP) — On a private halfpipe in Switzerland, Scotty James schemed for the future.

Chairmen of the boards: Japanese team powerful in halfpipe

ASPEN, Colo. (AP) — With Winter X Games medals in one hand and their snowboards in the other, the Hirano brothers — Ayumu and Kaishu — posed for picture after picture at the bottom of the halfpipe.

GENEVA (AP) — The Court of Arbitration for Sport has been criticized for picking judges to work at the Tokyo Olympics who were not expert enough to handle doping cases.

Monica Tranel, a Billings Central graduate, participated as a rower in the 1996 and 2000 Olympics. For the past 14 years, she's lived mostly in Helena.