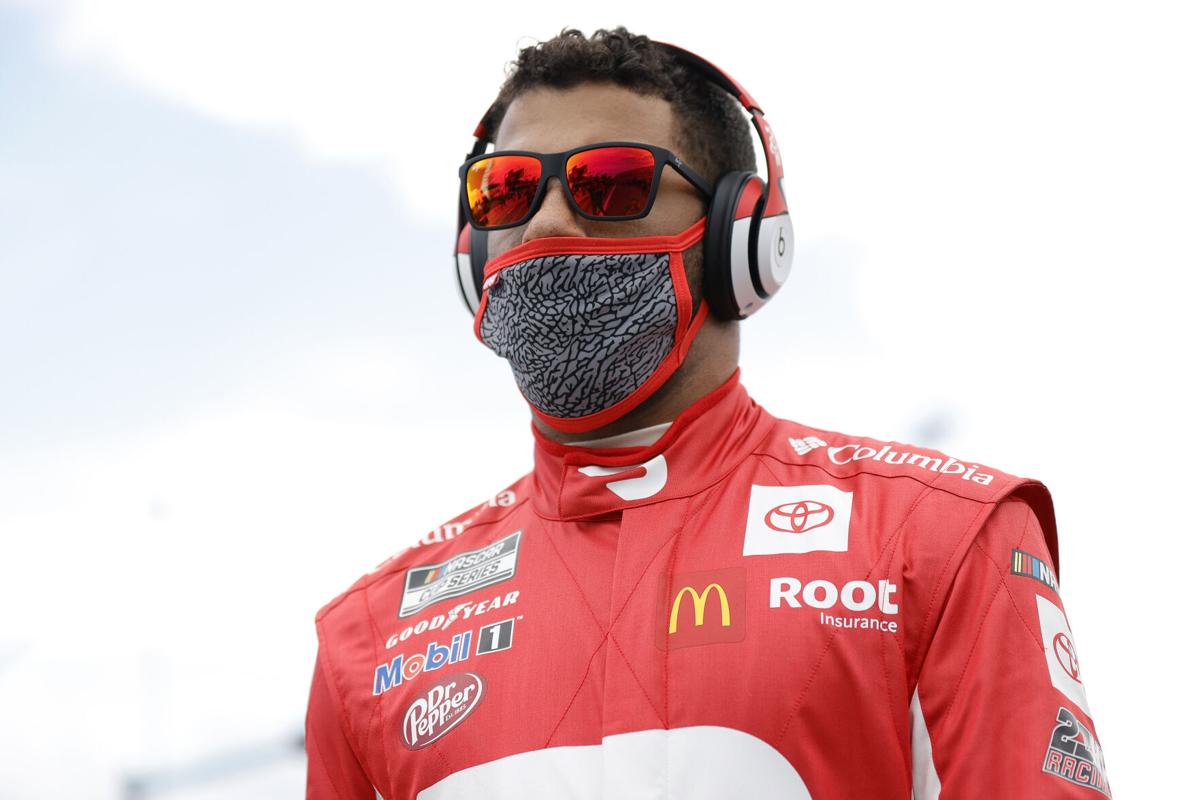 Bubba Wallace, the driver of the (23) DoorDash Toyota, waits on the grid prior to the NASCAR Cup Series 63rd Annual Daytona 500 at Daytona International Speedway on February 14, 2021, in Daytona Beach, Florida. (Jared C. Tilton/Getty Images/TNS) 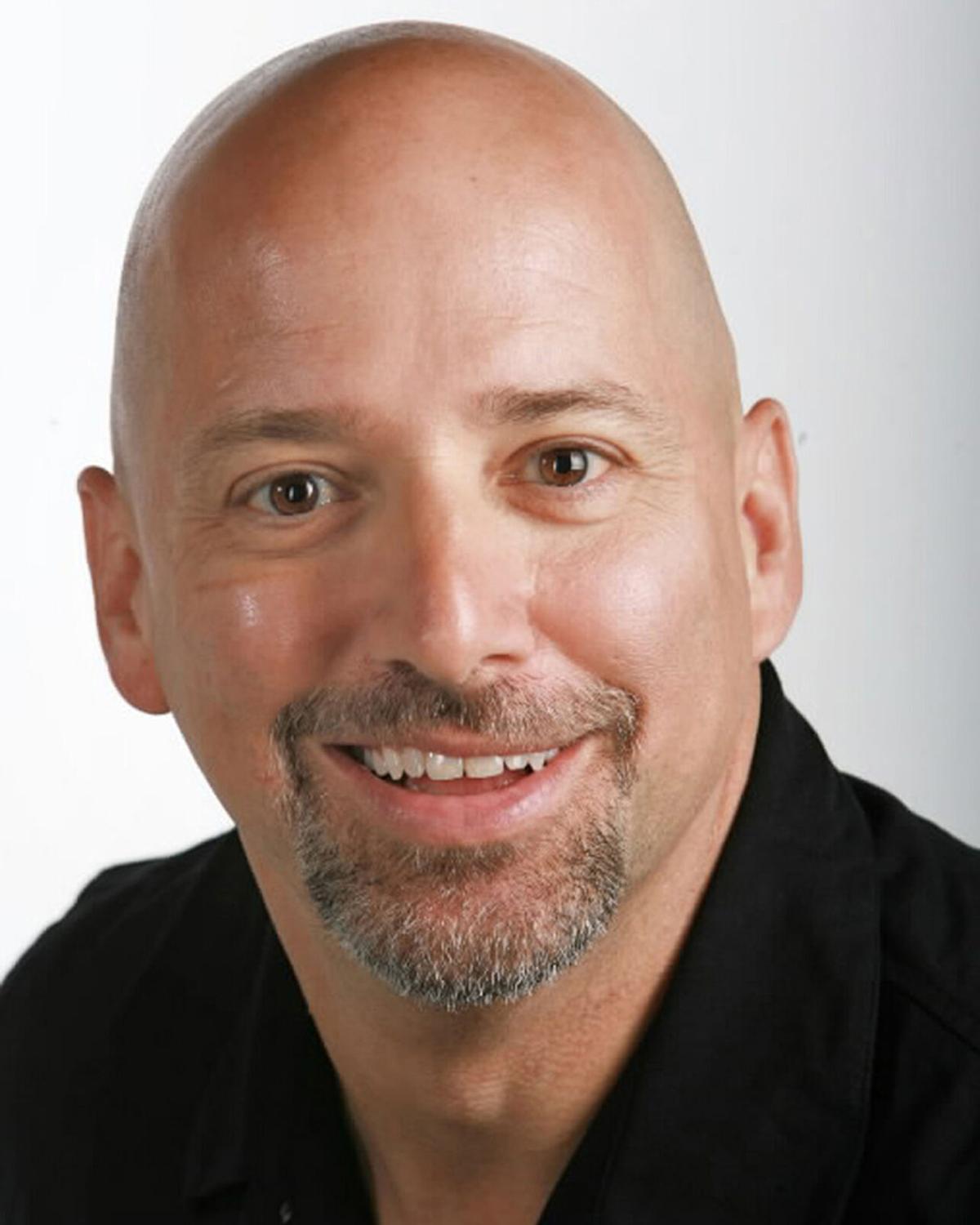 On Friday, one of the Twitter poll questions we were debating on our radio show included this question: Which potential winner would make for the best story for NASCAR at Sunday’s Daytona 500?

We could have had 25 choices and journeyman Michael McDowell winning his first Cup series race after 14 years of trying would not have made the list.

But that’s exactly what happened when McDowell won the rain-delayed Daytona 500 early Monday morning after Penske Racing teammates Joey Logano and Brad Keselowski were running 1-2 but crashed on the final lap.

That left McDowell to shockingly collect his first career win in the Great American Race after 357 previous races of coming up short. McDowell led the only lap that counted — the final one — and his victory was a testament to dedication, perseverance and never giving up on yourself.

Wallace, whose car failed inspection twice before Sunday’s race and got moved to the rear of the field, actually came back and led the race briefly on Lap 129, making him the first Black driver to ever lead a lap in NASCAR’s biggest race. However, he got caught up in the fiery final-lap crash and finished 17th.

Can you imagine if Wallace, the only Black driver on the circuit, could become a champion (or even a consistent winner) driving the car of the circuit’s only principle Black owner — who just so happens to be one of the most famous and beloved sports icons of all time? It would be the biggest thing to hit NASCAR tracks since beer Huggies and filtered cigarettes.

Of course, I said the same thing about another trailblazer, Danica Patrick, all those years ago when she came on the scene amid much hype and hoopla but never proved she was good enough to compete at the highest level of the sport. She retired after seven years and 191 starts in NASCAR’s Cup Series without ever having won a race.

This is Bubba’s fourth full-time year in the Cup Series and he, too, has never won. But, in fairness, his first three years were spent driving for Richard Petty Motorsports, which simply doesn’t have the budget, equipment or resources of big-money teams such as Hendrick Motorsports, Joe Gibbs Racing, Team Penske, etc.

When Bubba was driving for Petty Motorsports, I asked the great Kyle Busch what it would mean for NASCAR if Bubba could become a factor. As you might expect, Busch’s response was blunt and to the point.

“Not being in great [equipment] and being unable to put himself out in front of the pack more often kind of limits his star power,” Busch said.

Now, though, there are no more excuses. Wallace is now driving for the well-funded 23X1 race team co-owned by Jordan and Hamlin — the three-time Daytona 500 winner and one of the top drivers in NASCAR. Even though it is still a one-car team, Wallace will have the benefit of better equipment and essentially being an honorary member of Hamlin’s Toyota team at Joe Gibbs Racing.

On this 20th anniversary of the death of Dale Earnhardt at Daytona, it’s no secret that NASCAR’s popularity has been fading since the Intimidator’s death. Even though the sport has had some popular drivers (see Dale Earnhardt Jr.) and some great champions (see Jimmie Johnson), nothing has been able to stop the plummeting TV ratings, the plunging attendance and the exodus of corporate sponsors.

Not that a relevant Bubba Wallace would singlehandedly save the sport, but he could certainly bring a whole new set of eyeballs to it. If — and this is a big if — he could start winning some races, he could do for NASCAR what Tiger Woods once did for golf: take an almost exclusively white sport with a racially charged past and make it more appealing to people of color.

At the top of Wallace’s Twitter account, he continues to have this tweet pinned: “There is only 1 driver from an African American background at the top level of our sport. I am the 1. You’re not gonna stop hearing about ‘the black driver’ for years. Embrace it, accept it and enjoy the journey.”

NASCAR can only hope Bubba’s journey ends in victory lane and he doesn’t take nearly as long as Michael McDowell to finally get there.

Bubba Wallace, the driver of the (23) DoorDash Toyota, waits on the grid prior to the NASCAR Cup Series 63rd Annual Daytona 500 at Daytona International Speedway on February 14, 2021, in Daytona Beach, Florida. (Jared C. Tilton/Getty Images/TNS)