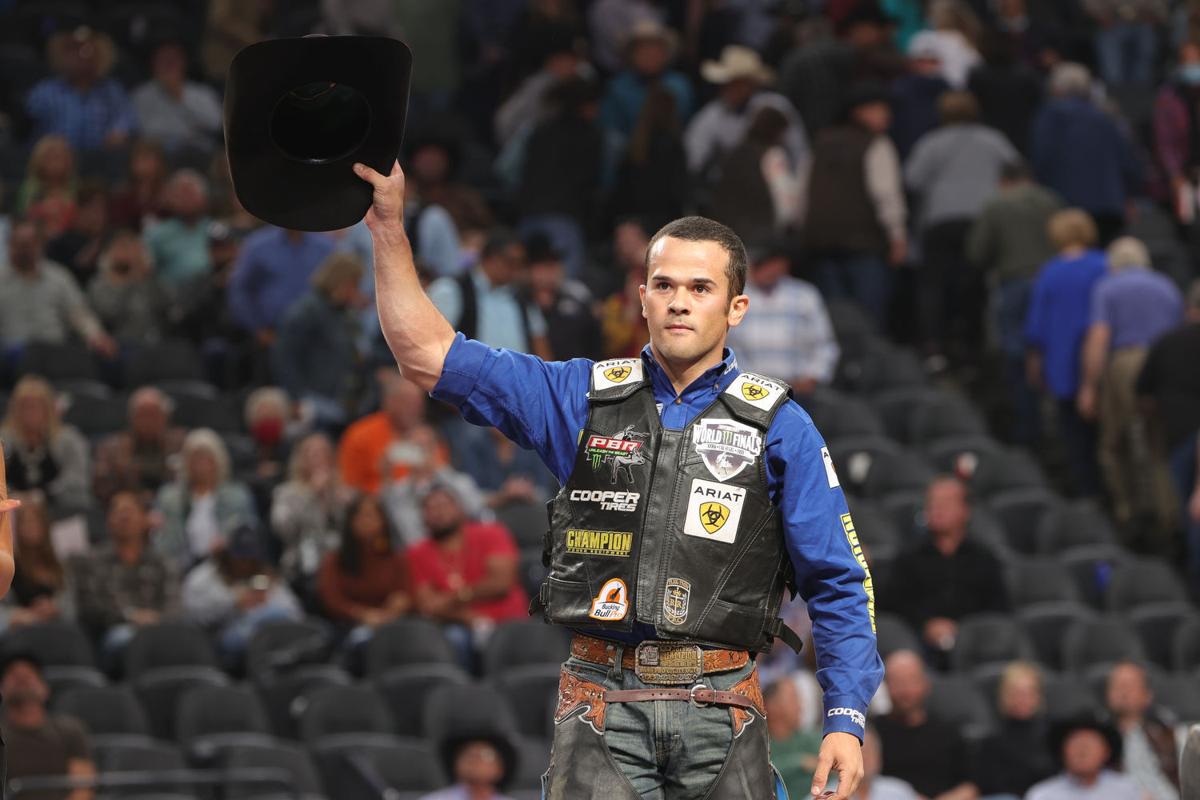 Kaique Pacheco won the third round of the Professional Bull Riders World Finals on Friday in Las Vegas. 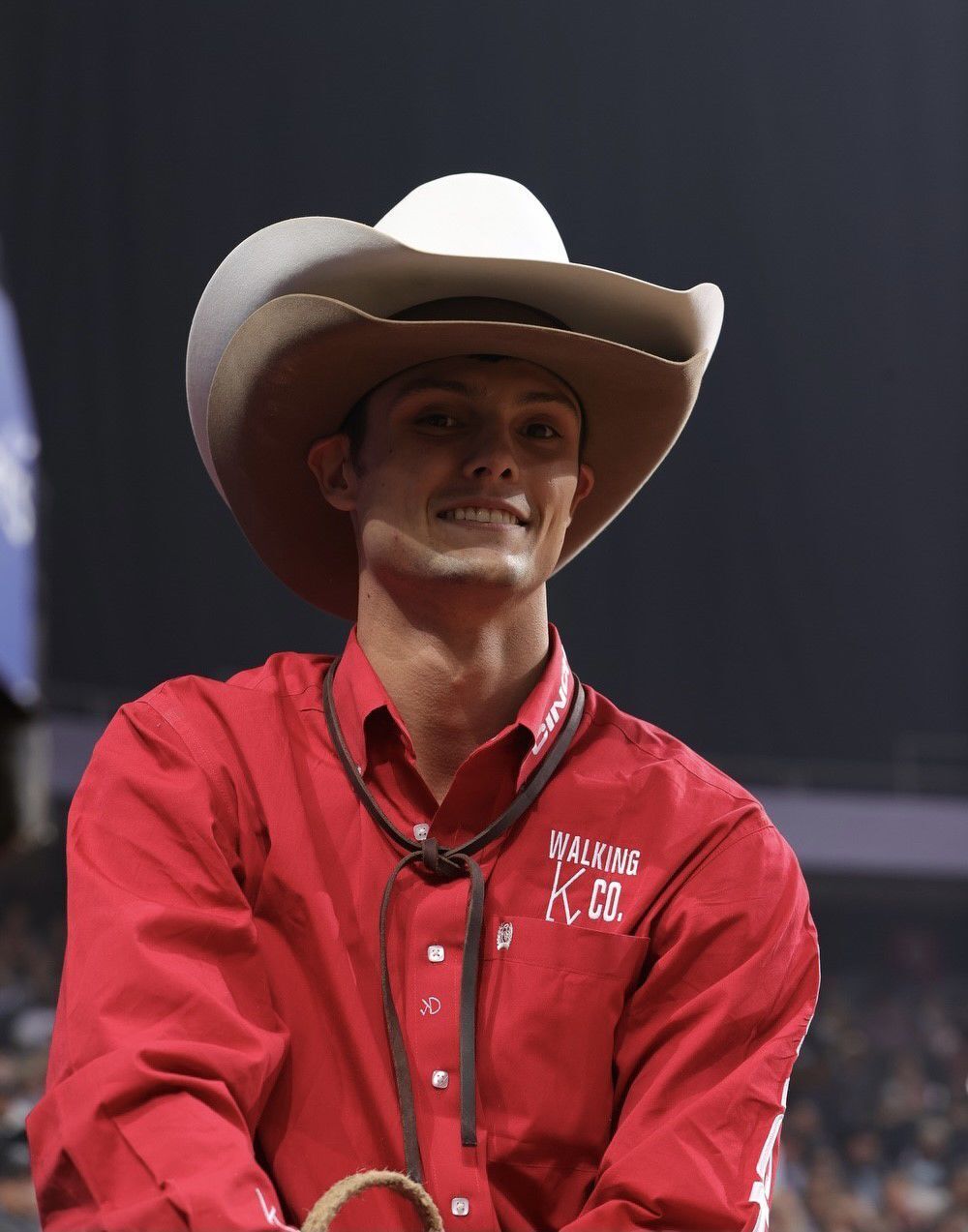 Chase Dougherty is pictured having a fun moment during the PBR World Finals in Las Vegas.

Chase Dougherty, a former member of the Montana State rodeo team, failed to record a qualified ride on Friday and is now eighth in the aggregate with rides of 88 and 89.25 points for an average of 177.25 and 74 points in the standings. Dougherty is second in the Rookie of the Year standings with two days of competition remaining.

Pacheco, of Brazil, scored the night's high-marked ride of 91.25 points aboard First Down. According to a PBR news release, First Down had been covered only twice in 18 outs across all levels of competition.

Mason Taylor of Texas, who the PBR has reported is riding with his broken jaw wired shut, had the second best score on Friday with a 90.5 and is now 3 for 3 for an aggregate of 267.5 points to lead the event.

The only other rider who is 3 for 3 is Leme, who has won the Billings PBR stop the past two years. Leme sits second in the overall standings.

The reigning world champion was 14th in the third round with a score of 86.75. He earned 10 points in the standings with the ride and has a three-round aggregate of 261.5 and has earned 62 points at the Finals.

No. 3 ranked Cooper Davis, who trails Leme by 736 points, had an 89.25-point effort and is fifth in the overall standings. Davis, the 2016 world champion, has earned 75 points at the event.

Round four was scheduled for Saturday and the event concludes Sunday.

NOTES: The Big Sky (Montana) Touring Pro stop held July 22-24 was honored as the PBR's Event of the Year at the PBR Heroes & Legends Celebration in Las Vegas on Tuesday.

Check out results from Tatum, Texas.

Check out who the 119 competitors competing at the Thomas & Mack Center will be.

The National Finals Rodeo in Las Vegas begins Thursday and continues until Dec. 11.

Check out who placed in the top 15 of their respective events. World standings were made official with the completion of the annual audit.

New league was announced on Friday.

Rodeo is Dec. 18 at First Interstate Arena at MetraPark.

The event is one of the ways the organization funds its scholarship program for high school rodeo athletes who will attend college.

Louie was honored as the No. 1 barrel horse of the decade by the Western Horseman.

New competition is set to launch in 2022 with eight teams.

Kaique Pacheco won the third round of the Professional Bull Riders World Finals on Friday in Las Vegas.

Chase Dougherty is pictured having a fun moment during the PBR World Finals in Las Vegas.