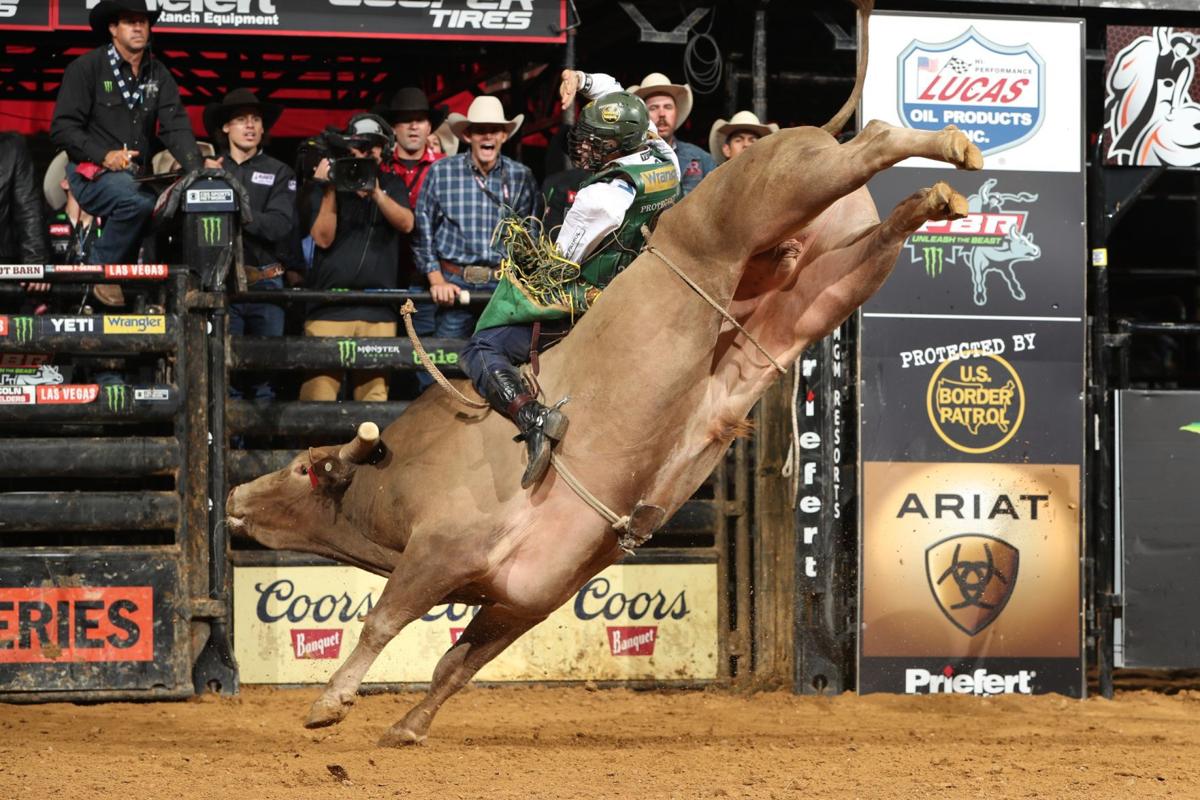 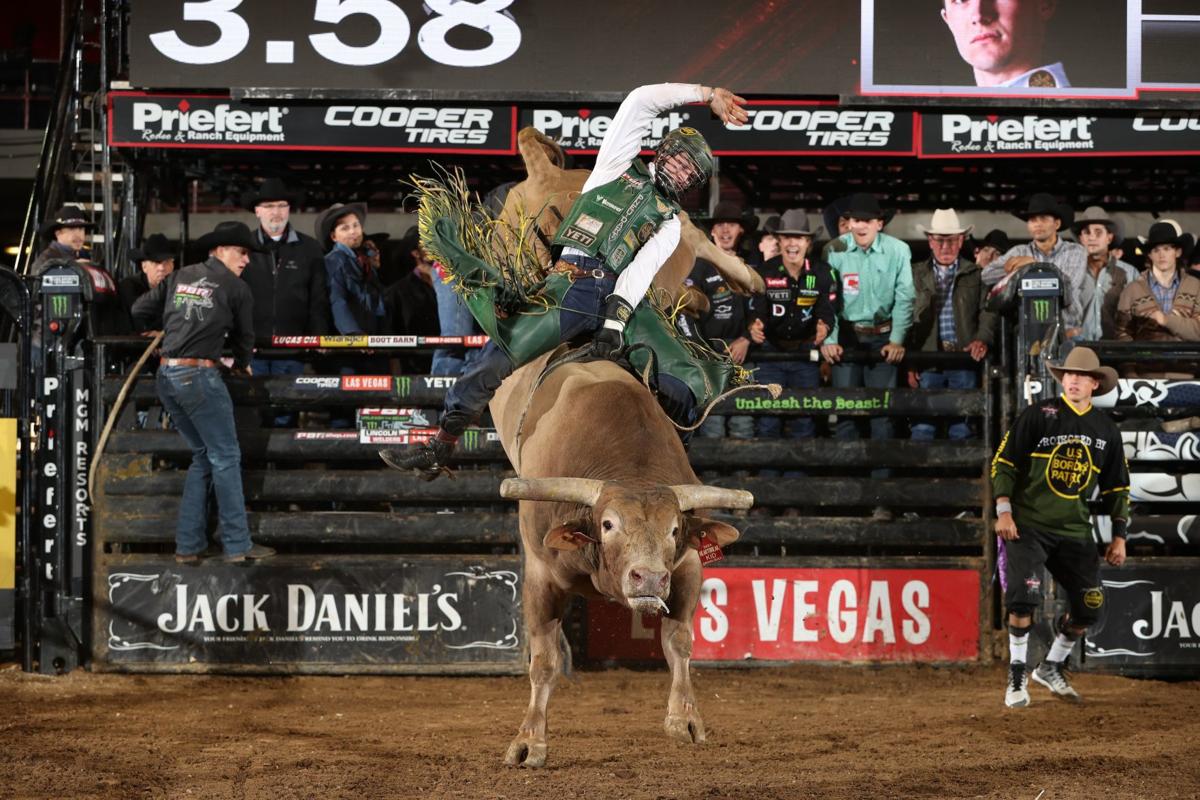 Jess Lockwood rides D&H Cattle/Buck Cattle/Erwin Cattle's Heartbreak Kid for 94 points during the championship round of the Nampa Unleash the Beast PBR on Saturday.

Jess Lockwood rides D&H Cattle/Buck Cattle/Erwin Cattle's Heartbreak Kid for 94 points during the championship round of the Nampa Unleash the Beast PBR on Saturday.

For the second straight week at a Professional Bull Riders Unleash The Beast event, the Montana cowboy recorded the high-marked ride of the year atop one of the circuit’s rankest bulls, Heartbreak Kid.

The 22-year-old bull rider from Volborg had just scored a 94-point ride aboard Heartbreak Kid in the championship round of the Nampa Invitational on Saturday at the Ford Idaho Center.

In a PBR video of the event, flames from the shark tank can be seen at the end of the ride and a conquering Lockwood raises his arms, lets out a yell and a grin, runs down the arena floor, and climbs the fence in celebration all while being congratulated by personnel.

The previous week in Greensboro, North Carolina, at the Greensboro Coliseum, the 2017 world champion had selected Heartbreak kid in the championship round bull draft and posted the high-mark ride of the season with 93.75 points to place second overall.

Heartbreak Kid had been on a 38-out top-tier series buckoff streak before Lockwood’s successful ride in Greensboro.

“I’ve never felt so good,” exclaimed an out-of-breath Lockwood as he exited the Ford Idaho Center, according to a PBR press release. “I’m 10-foot-tall and bulletproof right now and going into the Finals, last event, I don’t know if I could feel any better. I think everyone is gonna start calling me crazy because I’m gonna start going in the championship rounds and choosing that bull — he’s my bull.”

Lockwood, the 2017 world champion, finished in third place in Nampa with a 2-for-3 performance. In the second round, he scored 85.75 points on Roadkill. Lockwood earned $13,550 and 285 points in the standings and maintained his second-place ranking entering the PBR Unleash The Beast World Finals at T-Mobile Arena in Las Vegas Nov. 6-10.

Brazil’s Jose Vitor Leme, the No. 1 bull rider in the PBR standings, finished second to Dalton Kasel of Muleshoe, Texas.

Kasel, who is seventh in the world standings and leads the PBR Rookie of the Year race, covered all three of his bulls over the two-day stop. The victory was the 20 year old’s first premier-series win. Kasel scored 92 points on Fearless in the championship round. He also had scores of 86.75 and 87.75 for an aggregate of 266.50 to earn 550 points and $37,600.

Leme managed to put a little distance between himself and Lockwood at the final UTB regular season stop of the year. Entering the event, Leme led the 2016 Rookie of the Year by 321.66 points but increased that to 416.66 with his second-place finish.

Columbia Falls bull rider Matt Triplett did not record a score. He is 17th in the world standings with 1,443 points and has won $82,490 this season.

Lockwood will have a chance to win his second world championship at T-Mobile Arena. According to a PBR press release, historically riders within 2,000 points of the world No. 1 ranking at the start of the finals are a legitimate contender for the world championship. There are 3,300 points up for grabs at the event.