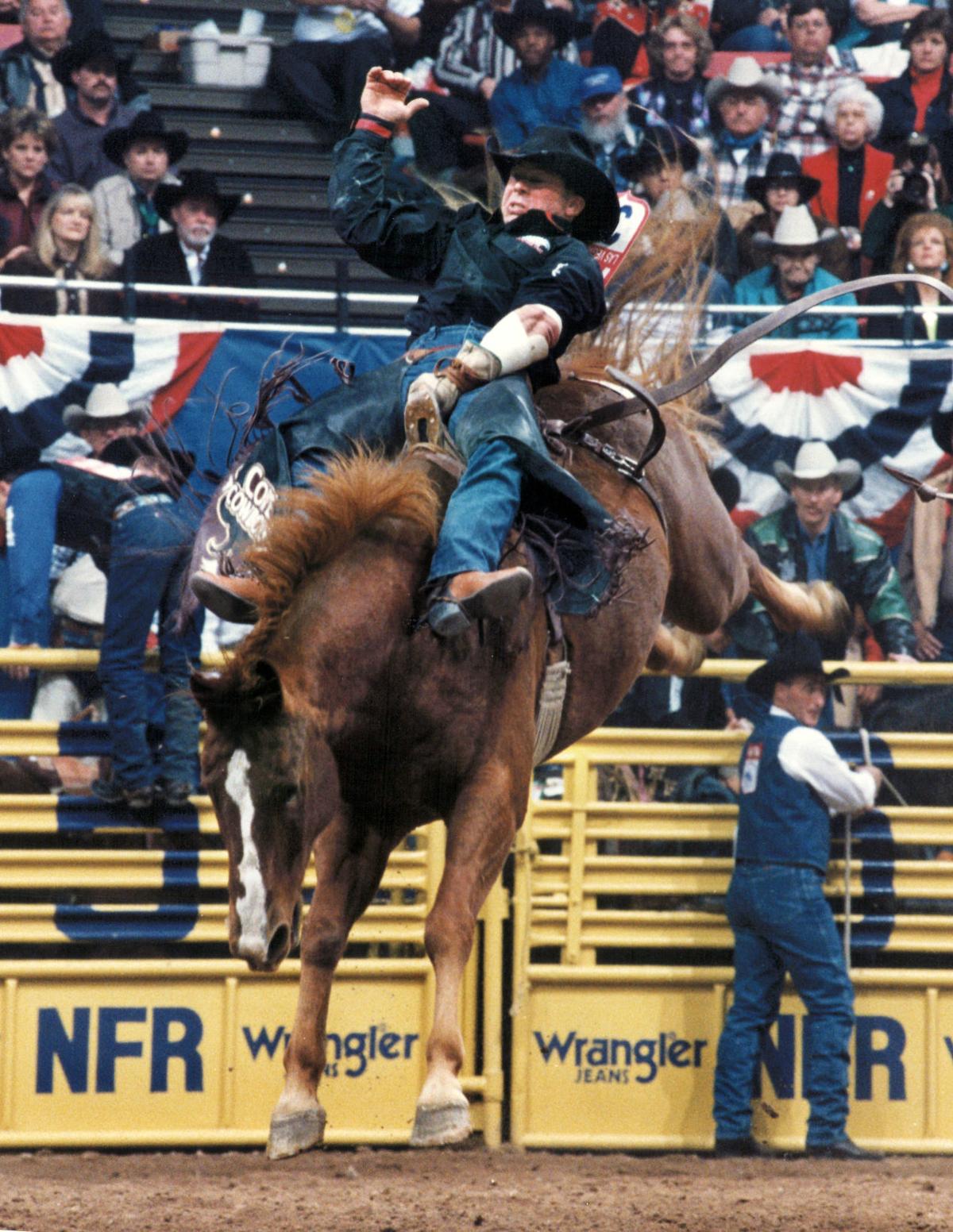 Deb Greenough, pictured at the 1998 National Finals Rodeo in Las Vegas, will receive the Montana Pro Rodeo Hall and Wall of Fame Legends award Saturday evening at the Billings Hotel and Convention Center. 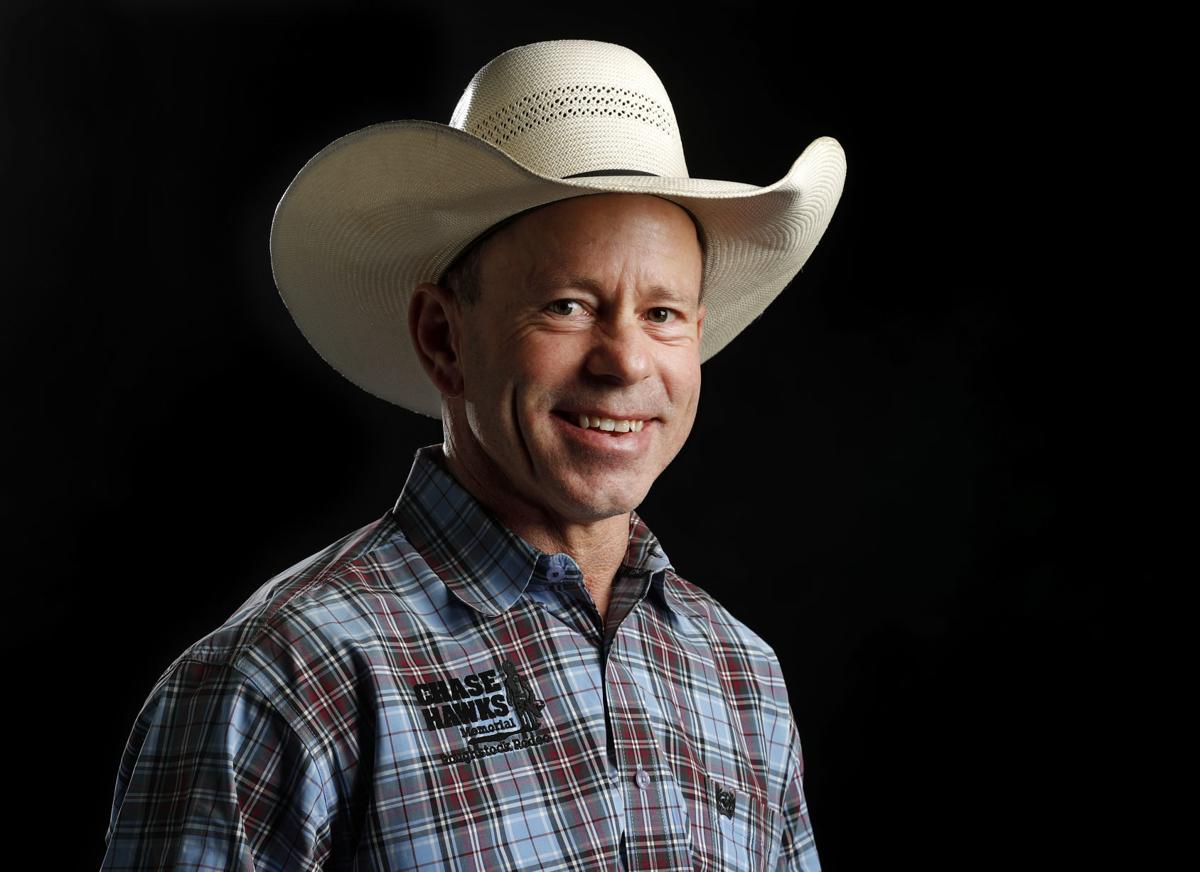 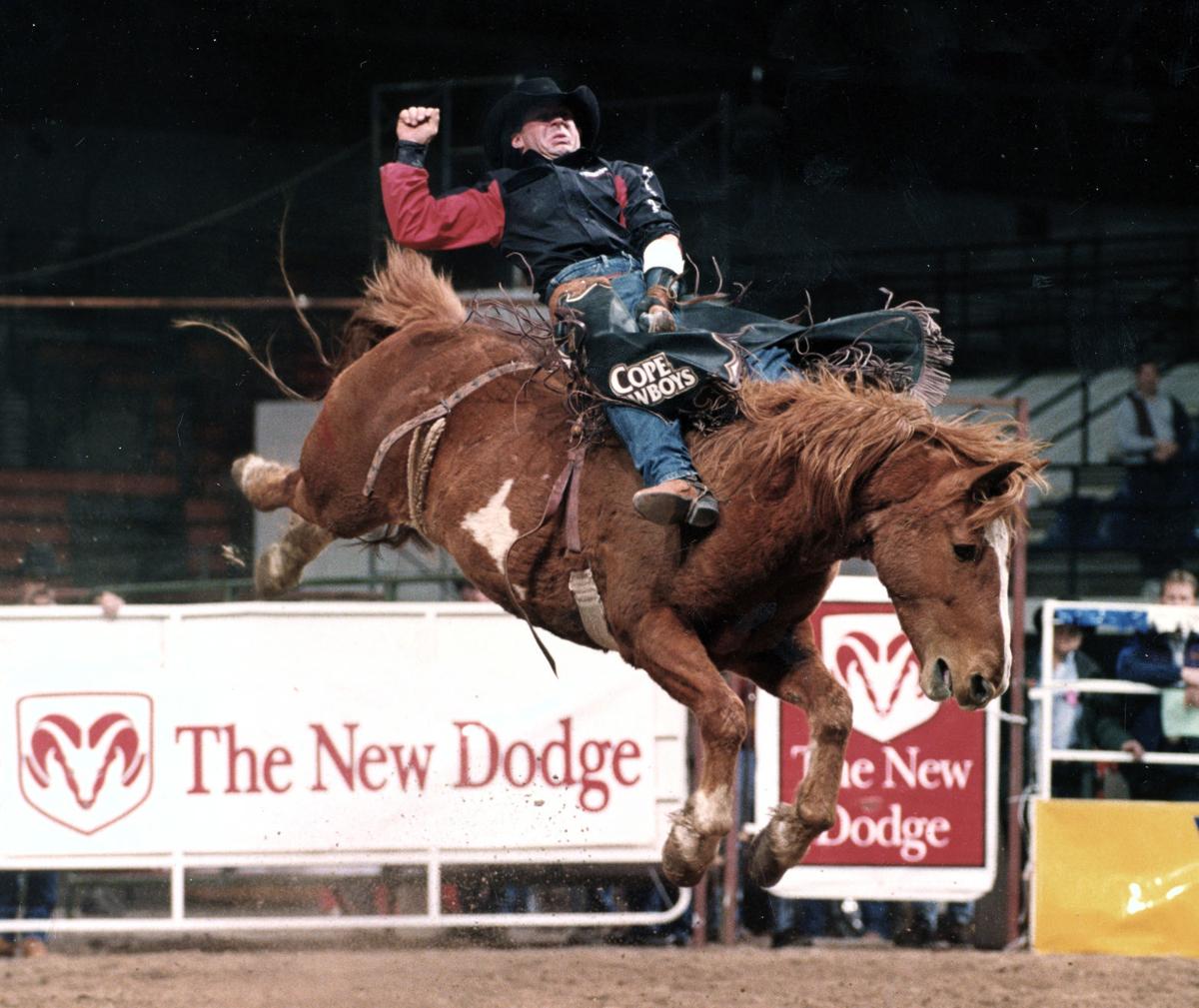 Deb Greenough, who was born in Red Lodge, was inducted into the ProRodeo Hall of Fame in Colorado Springs, Colorado, in 2018. 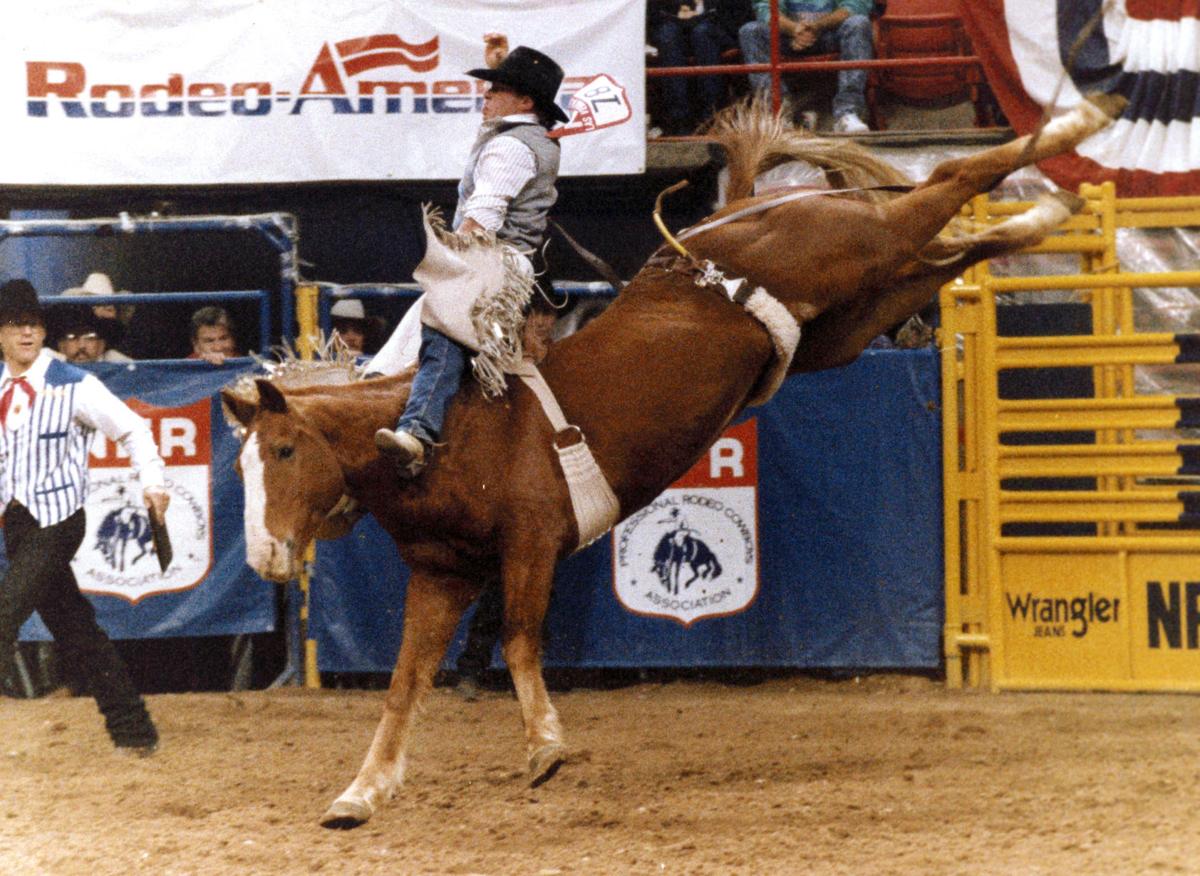 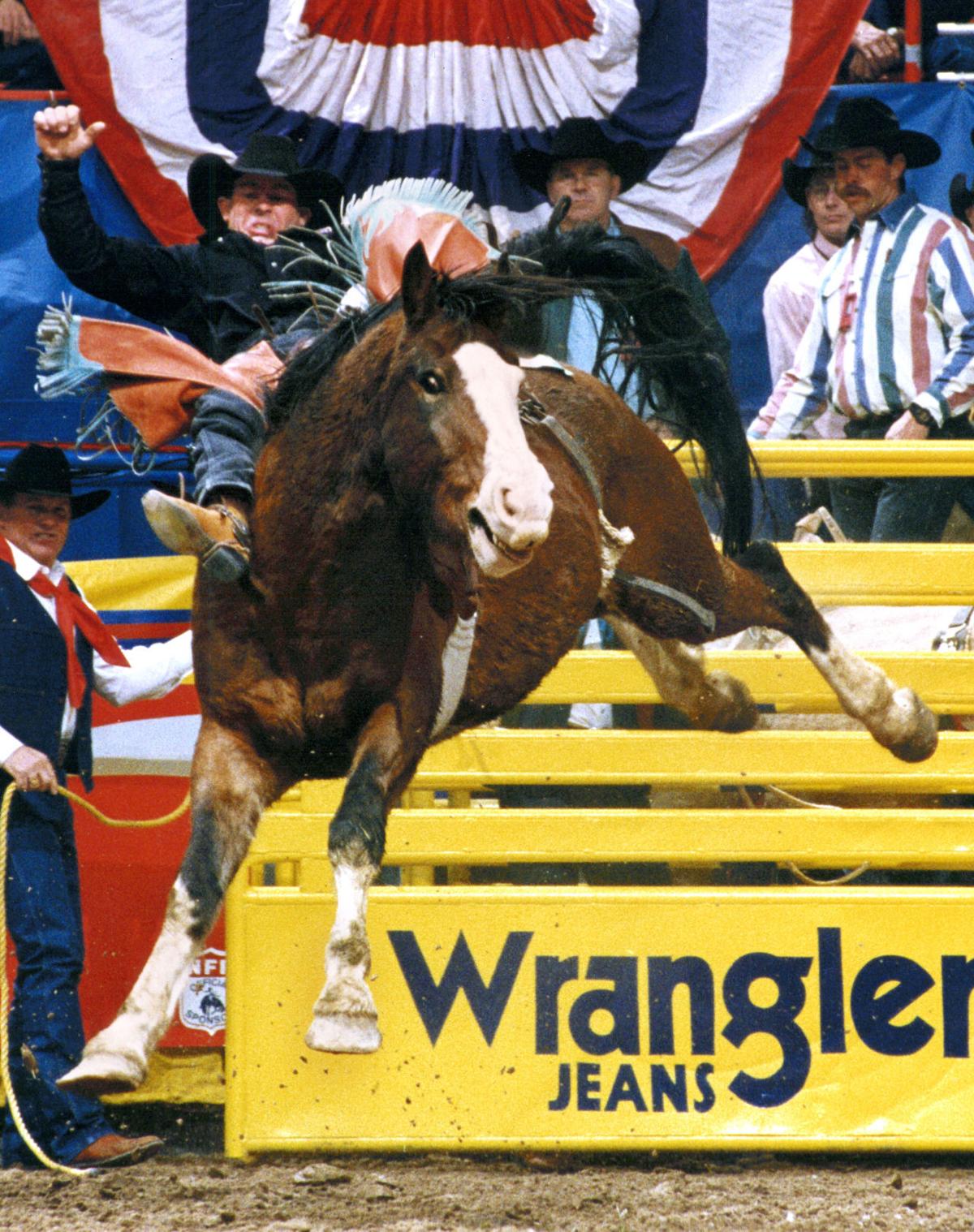 Deb Greenough, pictured at the 1994 National Finals Rodeo in Las Vegas, first competed in rodeo at a Little Britches competition in Billings while he was in elementary school. 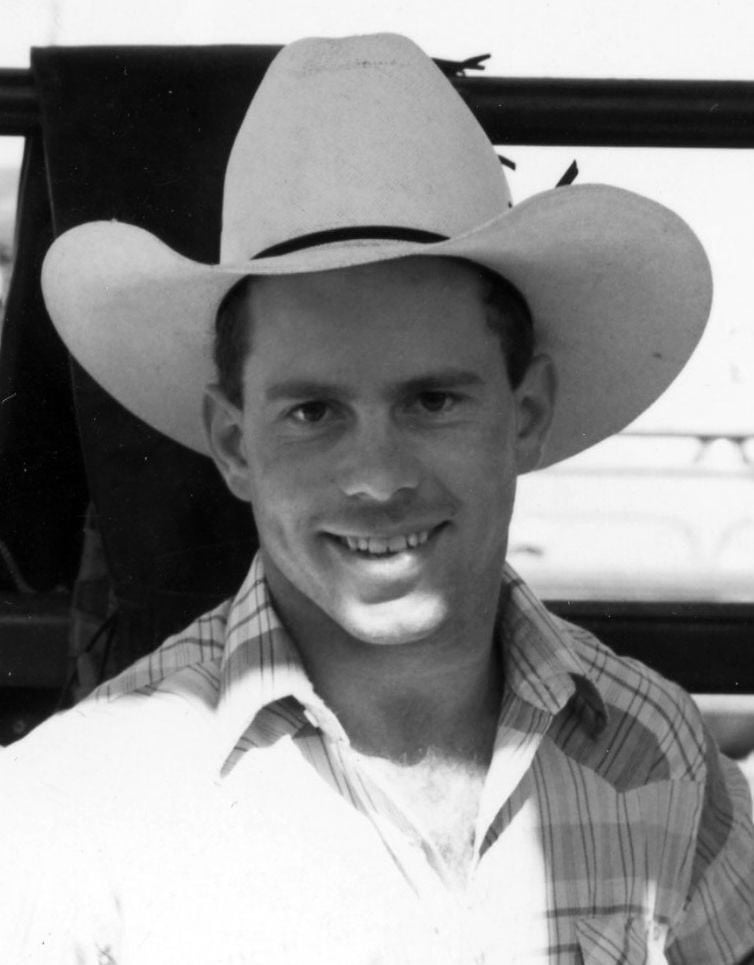 A young Deb Greenough is pictured in this undated photo courtesy of the PRCA.

BILLINGS — Even at a young age, Deb Greenough was somewhat of a daredevil.

"Ranch raised" in Fromberg, Greenough’s dad, Billy Greenough, made Deb a set of skis out of an old wooden barrel. A strap was fastened to each ski to attach them to Deb’s feet.

“You can always find a hill to pack them up as a kid, your imagination has no limits,” Greenough said in a recent interview with 406mtsports.com.

Fast forward to his high school years and Greenough once again was skiing, just this time it was at Red Lodge Mountain.

When filling out a form before the mini course opened for the first time, Greenough was given the choice of level: Beginner, Intermediate or Experienced. With the practice Greenough had with the homemade barrel skis as a youth, he marked Intermediate.

“I had experience. I definitely wasn’t a beginner,” he recalled, smiling. “I’d skied on those wooden barrels.

“After that first day of crazy (wipeouts) the instructor asked, ‘Have you ever skied before?’ There was no way that next week I was skiing with the beginners. I didn’t care if I had to go straight and if I wrecked, I made sure I was right there near the front.”

On Saturday, Greenough joins an impressive class that will be inducted into the Montana Pro Rodeo Hall and Wall of Fame during a banquet at the Billings Hotel and Convention Center beginning at 5 p.m., with mingling and registration beginning at 2 p.m.

“I watched the way Larry rode,” Greenough said. “Larry and I, there is not much of an age difference between us, but he rode good and at a young age.”

While the 56-year-old Greenough, who was born in Red Lodge and who now lives in Billings, is proud of the Legends honor, he said what really matters to him is being acknowledged by a group that raises money to provide scholarship assistance to Montana high school rodeo student-athletes as they pursue the sport of rodeo in college. A main objective of the Montana Pro Rodeo Hall and Wall of Fame is to provide scholarship assistance to six males, six females, Miss High School Rodeo Montana and a scholarship to Miss Rodeo Montana.

“To be a part of that and be recognized with others, it is kind of fun to do that with them,” Greenough said.

Greenough earned his Professional Rodeo Cowboys Association card in 1986, and he competed at 13 straight National Finals Rodeo competitions from 1988-2000. In addition to his world championship in 1993, Greenough bucked to the NFR average title in 1992.

Greenough’s first competition, long before achieving stardom, also was in Billings. His dad and his mother, Alice “Dolly,” who is now deceased, were at the rodeo cheering him on.

In elementary school, Greenough competed in steer riding at a Little Britches Rodeo in Billings.

“There again, my dad made my first steer rope and braided it by hand,” he said. “I had my little gear bag with all the equipment and my dad said, ‘Just try,’ and my mom smiled and said, ‘Turn your toes out.’”

It’s apparent from visiting with Greenough that family, rodeo friendships and the people he’s met along the way, are important to him. It was at a Little Britches rodeo where Greenough met lifelong friend and former PRCA and Professional Bull Riders cowboy Clint Branger of Roscoe.

“Clint Branger pulled my rope on my first steer,” Greenough recalled. “That’s where I first met him. That’s a friendship that’s lasted a lifetime.

“You go through that place after place, rodeo after rodeo and you miss the fun you had.”

While Greenough is proud of the heritage, noting Marge’s son Chuck Henson is a hall of fame bullfighter, he is also proud of the families’ ranching heritage, mentioning the work of Frank Greenough, the brother of the “Riding Greenoughs.”

It’s a special time for Greenough, who said that his father, Billy, 82, will be inducted into the Montana Cowboy Hall of Fame in Great Falls in February. Greenough occasionally shoes horses to earn a living, and Billy also is a farrier in Fromberg.

“It’s perfect,” Greenough said of the timing of him and his father receiving recognition in the same year.

As a cowboy, Greenough traveled the country, competing on rodeo’s biggest stages. He also was entered in rodeos in Canada and Australia.

“Traveling was the best thing about rodeoing for a living,” Greenough said. “In every rodeo you went to, it was one of the biggest events of the year, if not the biggest, for example, the Calgary Stampede is on a lot of people’s bucket lists.

“There was rodeos, parades and barbecues. It’s just like the fair, everybody looks forward to the fair. There is always something going on.”

Greenough, who worked in the oilfield in Utah for five years after retiring from rodeo, also does carpentry work in the winter and works as an associate with 7K Metals. His fiancé is Patricia Pilkington. Greenough is enjoying his life, is happy he’s self-employed and able to take the occasional break.

“I just find the importance, my goals are getting back to realizing family and friends I’ve been around my whole life,” he said. “My goals now are to start staying in touch with people more and finding a way to get back to them and to be able to travel.”

As a youth, Greenough played football and basketball — “I went to high school in Fromberg, they had to have all of us. There was plenty of room for everybody,” he said with a smile — and participated in track and band. Greenough credits those experiences with helping him become a world champion cowboy.

On Saturday evening during the Montana Pro Rodeo Hall and Wall of Fame banquet, Greenough is looking forward to helping the next generation of daredevil cowboys and cowgirls. He is also looking forward to enjoying the evening with his family who will be there in his support.

“That’s the biggest thrill, getting back together with these people. Really and truly the heart of the Montana Hall and Wall, is a chance for me to give back to all these young high school kids who have worked hard and kept their grades up. To meet and visit with these kids and to give them inspiration and when your rodeo career is over it’s not over, you still have family and friends and someday you’ll be getting recognized with family and friends at the Hall and Wall.

“I’m going to really smile and let these young high school kids know the direction they are picking in life is a good one.”

Lady of the West: Lois Hill.

Jess Lockwood and Matt Triplett both contribute to victory.

Jessy Davis was placed in a medically induced coma after his horse fell on top of his during a ride last Saturday.

Deb Greenough, pictured at the 1998 National Finals Rodeo in Las Vegas, will receive the Montana Pro Rodeo Hall and Wall of Fame Legends award Saturday evening at the Billings Hotel and Convention Center.

Deb Greenough, who was born in Red Lodge, was inducted into the ProRodeo Hall of Fame in Colorado Springs, Colorado, in 2018.

Deb Greenough, pictured at the 1994 National Finals Rodeo in Las Vegas, first competed in rodeo at a Little Britches competition in Billings while he was in elementary school.

A young Deb Greenough is pictured in this undated photo courtesy of the PRCA. 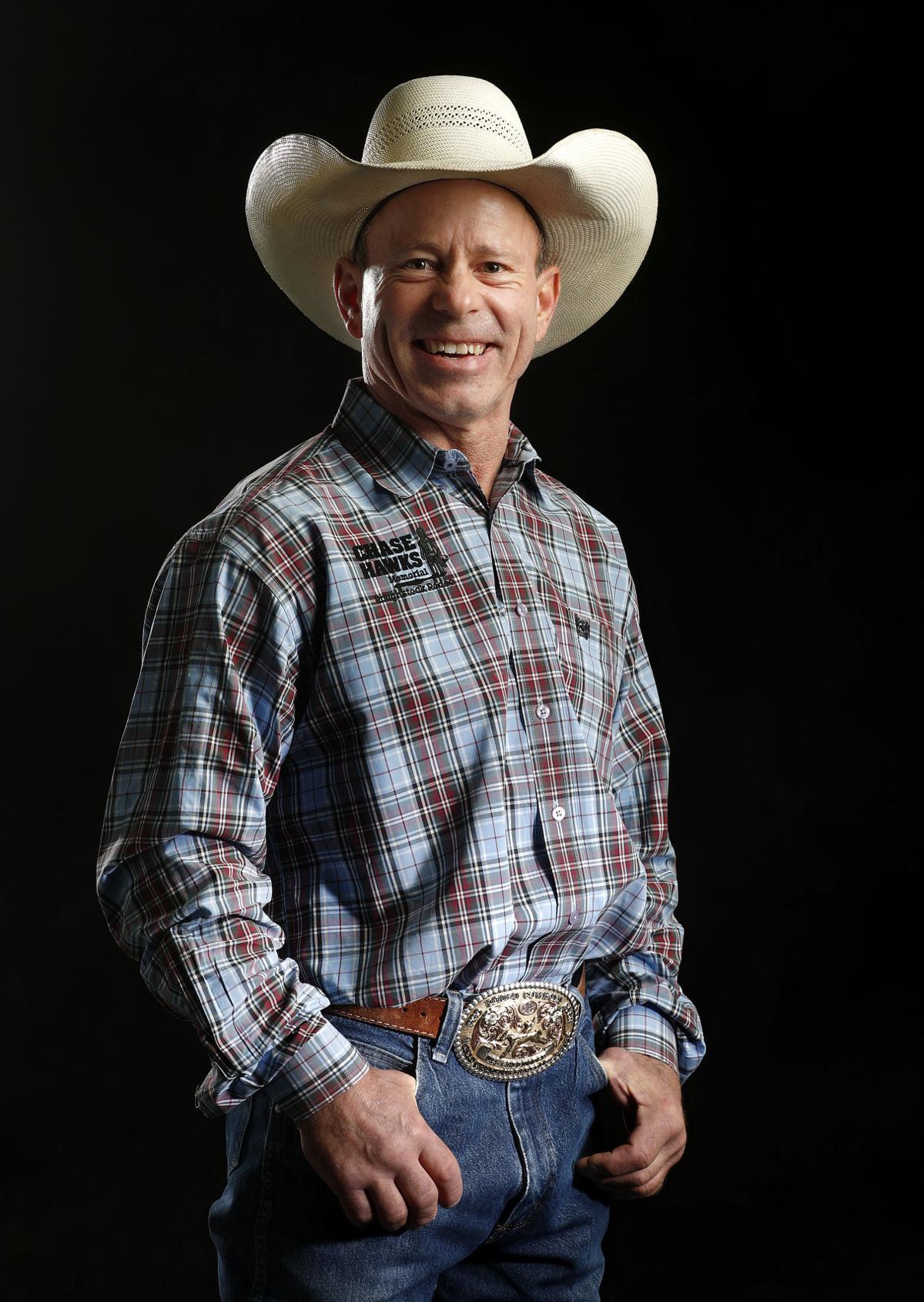