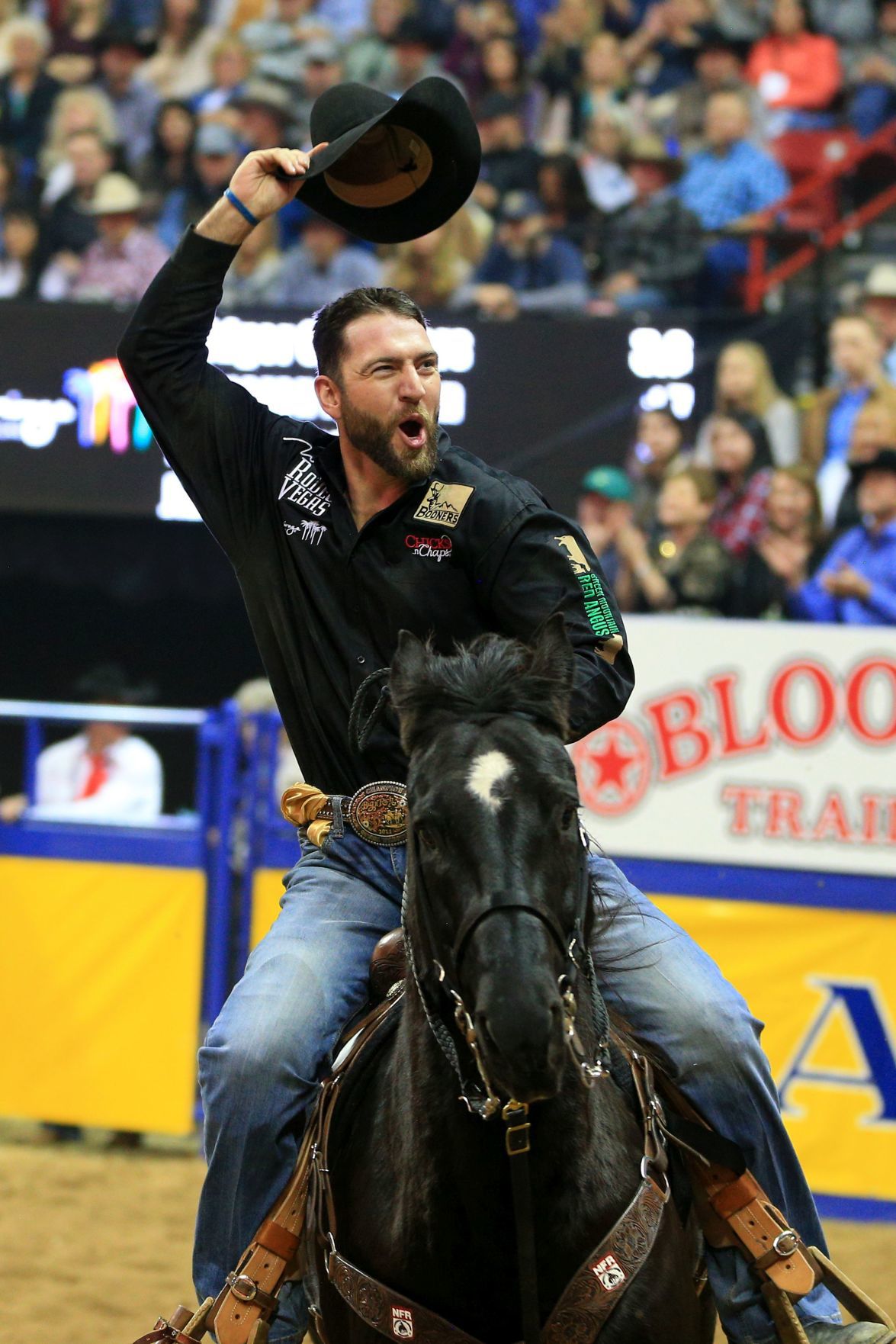 Butte's Bridger Chambers salutes the crowd after winning Round 4 of the steer wrestling Sunday night at the National Finals Rodeo in Las Vegas. 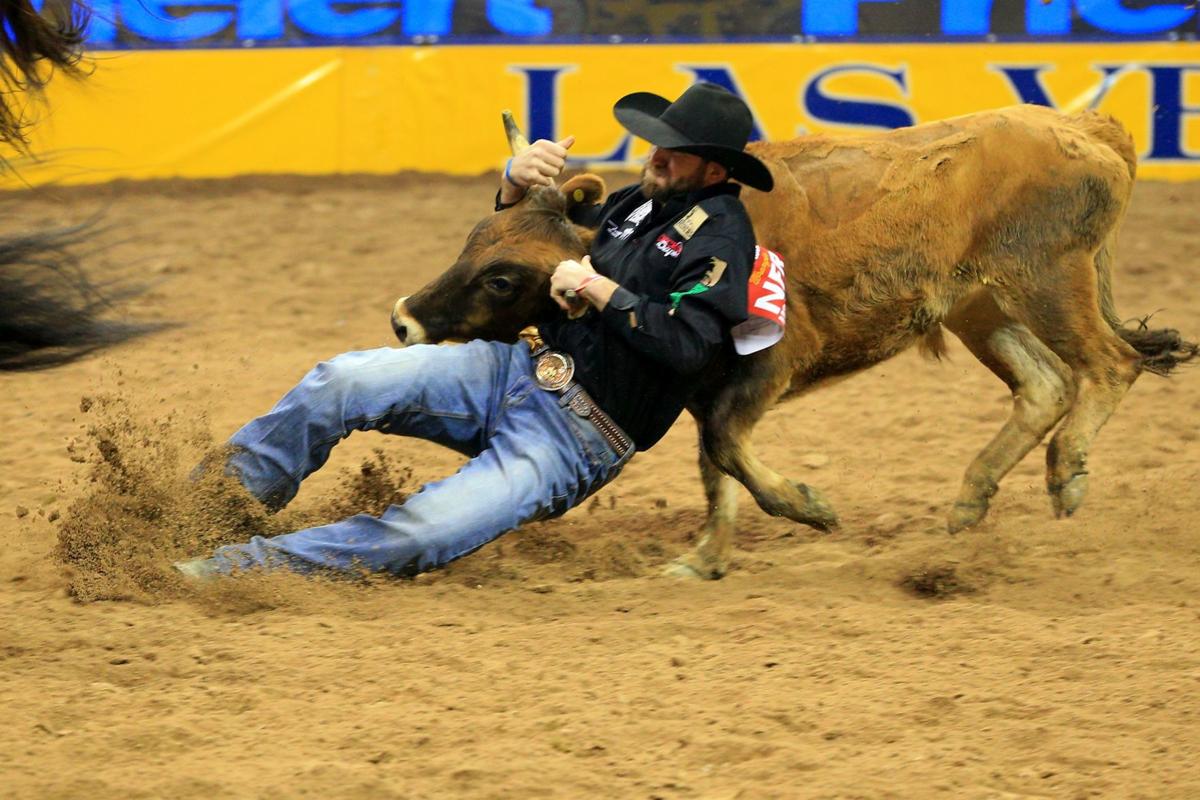 Butte's Bridger Chambers shows the form that won him Round 4 of the steer wrestling at the National Finals Rodeo on Sunday night.

Butte's Bridger Chambers salutes the crowd after winning Round 4 of the steer wrestling Sunday night at the National Finals Rodeo in Las Vegas.

Butte's Bridger Chambers shows the form that won him Round 4 of the steer wrestling at the National Finals Rodeo on Sunday night.

Chambers won the event with a 3.6-second run and Erickson was a tick behind at 3.7, tying him for second. Chambers, a Stevensville native, has earned $61,756 through four rounds.

Chambers is seventh and Erickson 13th in the average standings. Erickson remains the leader in the world standings and Chambers moved up to fifth.

Chambers, who finished second in the world a year ago, entered the NFR ranked 13th.

“Oh, man, that’s pretty exciting,” Chambers said of his first career NFR round win and subsequent victory lap. “I don’t know how you can describe it to anybody, but I was just trying to soak it all in. It happens so fast, and I was just excited. It was a very special moment.”

Chambers is keeping things in perspective the remainder of the week as he chases a gold buckle.

“I guess the goal and game plan is to just run at every round and don’t back off,” he said. “I don’t feel I have anything to lose, especially with the (broken) barrier in the mix. We’re going to keep running at them.”

Chambers is riding two-time Canadian Steer Wrestling Horse of the Year Tyson, owned by Curtis Cassidy, who is hazing for Chambers.

In other events involving Montanans on Sunday:

• Miles City's Haven Meged tied for fourth in tie-down roping and is third in the average standings. Meged is second in the world standings but fell further behind leader Shane Hanchley, who won the event Sunday.