Most Americans don't know where to get vaccine, study finds; Dave Chappelle tests positive for virus 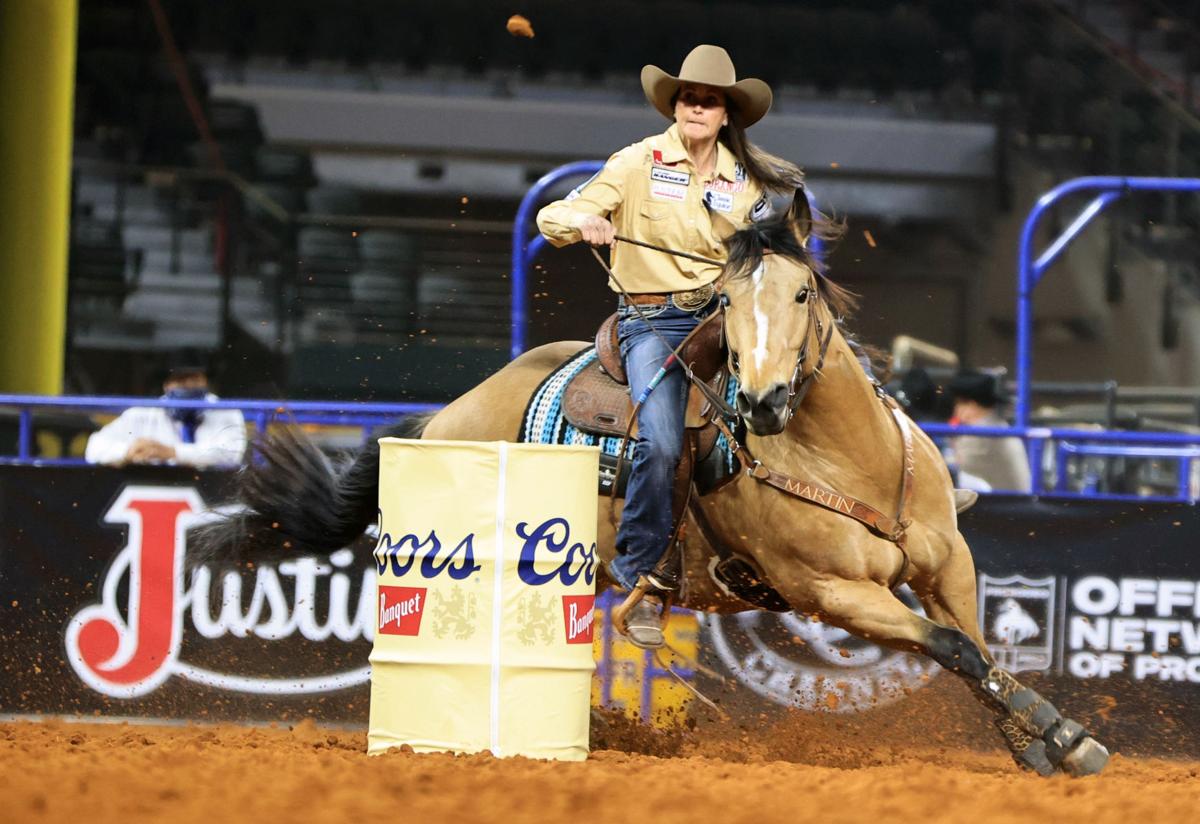 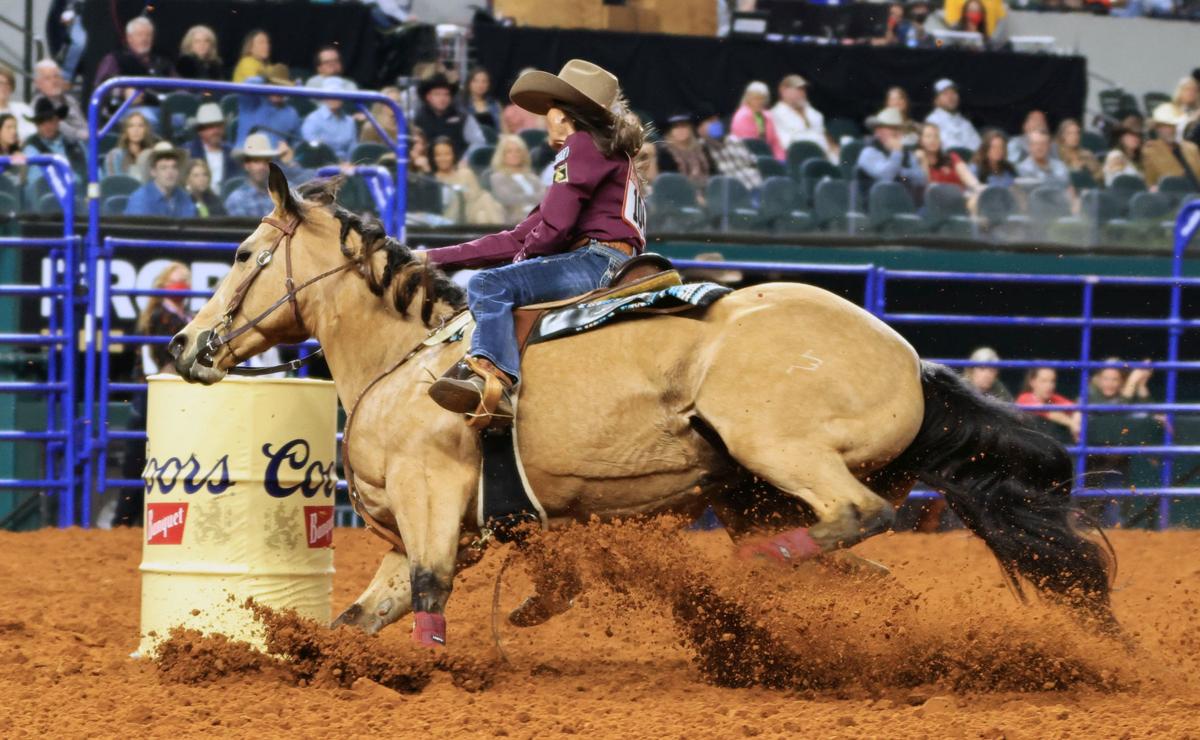 Eastern Montana native Lisa Lockhart shows the form that earned her fourth place Thursday on the eighth day of the Wrangler National Finals Rodeo in Texas.

ARLINGTON, Texas — On an otherwise nondescript night for Montanans, Vida native Lisa Lockhart had the best showing Thursday by finishing fourth in the barrel racing in the eighth go-round of the Wrangler National Finals Rodeo at Globe Life Field.

After a ragged ride on Wednesday, Lockhart finished in the money for the second time in three nights by fashioning a time of 17.15. Hailey Kinsel of Cotulla, Texas, won yet again, breaking her own WPRA record time with a 16.56 to remain first in the average and first in the world.

Lockhart remained 15th in the average and is fifth in the world. She earned $11,000.

It's the first time all week Champion failed to complete an eight-second ride. He is 87 points behind go-round winner and average leader Jess Pope of Waverly, Kansas, who scored an 89.

Champion also is seventh in the world standings with two days remaining in the competition. Cole Reiner of Kaycee, Wyoming, also was bucked off and dropped to eighth in the average, 10th in the world.

Brooks fell 111 points behind Ryder Wright of Milford, Utah, who won the go-round Thursday with an 88 to maintain his lead in average and the world. He is ninth in the world standings.

In the tie-down roping, defending champion Haven Meged of Miles City failed to earn a time. He is 11th in the average and seventh in the world. Westyn Hughes of Caldwell, Texas, was the winner in 7.4 and Shane Hanchey of Sulphur, Louisiana, is first in the average.

Former Montana State cowboy Jesse Brown of Baker City, Oregon, failed to earn a time in the steer wrestling and dropped to 10th in the average. Brown, who shared first-place honors on opening night, is 13th in the world standings.

In team roping, cousins Clay Tryan of Billings and Chase Tryan of Helena were out of the money Thursday.

Chase Tryan and partner Brenten Hall of Jay, Oklahoma, managed a time of 19.10 seconds to fall in at 11th in the average. Clay Tryan and Jake Long of Coffeyville, Kansas, failed to earn a time and are sitting 12th in average.

Clay Tryan is seventh in the world standings among headers. Chase Tryan is 13th among heelers.

Average leaders Erich Rogers (header) of Round Rock, Arizona, and Paden Bray (heeler) of Stephenville, Texas, were the winners in 4.8 seconds.

In saddle bronc riding, two-time world champion Zeke Thurston, the former Sheridan College cowboy from Big Valley, Alberta, was third for the second straight night, sharing the honors with Stetson Wright of Milford, Utah, with rides of 86. Thurston edged up to fifth in the average and is 10th in the world.

Thurston was joined in the money by fellow former Wyomingite Shorty Garrett of Eagle Butte, South Dakota, who was fifth with an 84.5. Garrett moved up to 11th in the overall and is eighth in the world rankings.

Brody Cress of Hillsdale, Wyoming, and Cole Elshere, who rodeoed at Gillette College, were both bucked off. Cress is 13th in the average and third in the world standings, and Elshere is 15th and 13th.

Check out the final results and the Ram National Circuit Finals qualifiers.

Check out the first-day results. The competition concludes Saturday night in Kalispell.

Year-end overall winner and average winner from the Finals in each event advance to Ram National Circuit Finals.

Montana bull rider to have jaw injury evaluated on Monday.

Montana bull rider hopes to return to competition when the PBR stops in Texas for three events beginning in mid-February.

The two-day event wraps up Saturday in Kalispell.

Winners will be crowned daily at all PBR premier series events, intensifying the race for the world championship.

Eastern Montana native Lisa Lockhart shows the form that earned her fourth place Thursday on the eighth day of the Wrangler National Finals Rodeo in Texas.