For true aficionados of nude relaxation, there are no parts of the body "where the sun don't shine."

And with appropriate protection — a liberal layer of sun screen, face masks where required — there are plenty of places around the world where it's safe and legal to shed the burden of clothing and offer your skin up to some delicious warming rays.

The team spent weeks researching the individual laws of countries and cross-referencing them with travel forums, blogs and social media posts.

Europe is the continent that most embraces stripping off, with the green-lit lands of Austria, Bulgaria, Croatia, Denmark and Germany being some of the many countries where you can easily find beaches that welcome birthday suits. Even in the buttoned-down UK, topless sunbathing is completely legal — if done discreetly.

Countries colored red are ones where public nudity of any kind is completely unacceptable or illegal. Think twice before throwing your scanties to the wind in Morocco, Grenada, Bahrain or Belarus.

You'd better throw some swimwear into your suitcase before traveling to any of the 29 amber countries, where laws might be ambiguous or there are very few locations where you can safely unleash your jiggly bits.

These places — such as Tunisia, where topless sunbathing is sometimes okay in private hotels but not generally acceptable on public beaches — will require you undertaking a bit more research before disrobing.

Countries colored gray are those where there wasn't enough information for Pour Moi to make a categorization — so keep your assets tucked away there too.

Pour Moi has also created a dedicated map for the United States. Keep tops on in Tennessee, undies on in Indiana, ta-tas covered in Utah, and don't let things fall south in South Carolina.

"Public nudity laws can become confused with the rules surrounding naked sunbathing, with many countries saying public nudity is illegal, but they are actually OK with topless sunbathing," says Pour Moi. "For most nations, the 'intention to offend' is the main thing that differentiates trying to catch some vitamin D without tan lines, versus someone streaking or flashing."

The swimwear specialists also dug into what the world has been Googling during those long months in lockdown. It reports that there were over 10.7 million searches made globally in the last 12 months for "nude beaches," "nude resorts" and "sunbathe nude."

As those are English terms, the results naturally skew towards English-speaking countries. The majority of those searches were made by the United States, Japan and Brazil, but when population size is accounted for, the nations most hungry for nude beach content are Australia, New Zealand and Ireland.

Pour Moi reports that topless sunbathing is legal in green-lit Australia and that there are plenty of dedicated beaches where full nudity is allowed. New Zealand is an amber country with "preferred designated areas for naked sunbathing." Red-categorized Ireland, meanwhile, is a country where a cozy sweater and a nice hooded anorak is the year-round beachwear of choice — although it did get its first official nude beach at Dublin's Hawk Cliff in 2018.

For a country-by-country breakdown of rules on topless and nude sunbathing — and a closer look at those maps — check out the blogpost on Pour Moi's site.

Your travel guide: 18 ways to get the most out of this summer

PHILADELPHIA — A 130-mile route in South Jersey that guides travelers from the Shore to Batsto and through quintessential Pinelands waterways has been designated as a National Scenic Byway by the Federal Highway Administration.

Dreaming of island life? Visit this national park virtually to cure your wanderlust

LOS ANGELES — The Channel Islands are home to one of the least frequented national parks in the U.S., but one of its visitor centers is in Ventura, California, just 70 miles north of Los Angeles.

At Universal, fresh views pop up for VelociCoaster watchers

ORLANDO, Fla. — Jurassic World VelociCoaster is not open at Universal’s Islands of Adventure. But the theme park is open to folks getting a closer look. More construction walls have been removed from the site of the roller coaster, and there are a few fresh — and up-close — angles for visitors to explore.

Will IATA's new travel pass get you going again?

IATA, the International Air Transport Association, is developing a digital "Travel Pass" data system that it hopes will serve as the standard "health pass" for international air travelers.

You can bypass airport lines for a price

With vaccines available, and lots more available testing, it looks like you'll be able to get back on some airplanes and go somewhere this year. And if so, now is a good time to consider whether you want to buy into a system that lets you bypass or at least speed up some airport lines.

When can I travel internationally again?

When people ask me that question, my snarky response is, "Beats me." When I check my crystal ball for the straight info on the future of COVID-19 restrictions, it doesn't even show one bar. At best, I can highlight some of the guideposts that can help your planning.

As you start to plan some trips again, you need to think about travel insurance early. The reason is simple: Some important coverages require that you buy it within a week or two of the time you make your first payment of any kind.

Right now, given the limits on foreign travel, domestic road trips are more popular than ever. If you plan to rent your road trip car, however, be on the lookout for the several perennial gotchas the rental companies throw at you to extract a few more of your dollars than necessary.

Reopening Travel: Where we stand and what you can do

Everywhere you look, you see signs of a reopening of the travel world. Airlines are ramping up schedules and destinations are actively seeking customers.

Cedar Point plans to unveil a new ride and kick off its delayed 150th anniversary celebration this year, officials for the Sandusky, Ohio, amusement park said.

Going by train vs. plane: Is taking Amtrak safer than flying during COVID-19?

DETROIT — As segments of society reopen and the world rushes to get vaccinated, more Americans may lose their fear of flying and once again crowd airports and airplanes.

What you need to know before you take a road trip

If your summer vacation plans involve a road trip, you have some work to do. Just hopping in the car and going? That’s so 2019. Today’s car traveler must be a road warrior, never caught unawares by this strange new travel world.

Millennials are the generation most likely to travel in 2021

ORLANDO, Fla. — Walt Disney World has announced the first details for its 50th-anniversary celebration, which will last 18 months and include lighting enhancements to all four of its theme parks’ icons, including Cinderella Castle at Magic Kingdom.

Taking up golf? Here's what to wear on the course

If you’re looking to take up golf or heading to a new course, it helps to be prepared. Before you head out to the green, check out this guide on what to wear go

For some high-schoolers, summer camp is for college prep

A coordinated crackdown on tax-related, ID theft has drastically reduced the numbers of new refund fraud victims. But new schemes keep popping up all across the country. "ID thieves are growing in sophistication," warned Internal Revenue Service Commissioner Charles Rettig on a call with the news media last week. The IRS touted a 19-percent decline in the number of reported identity theft ...

Should you pay for summer camp with a credit card?

A coordinated crackdown on tax-related, ID theft has drastically reduced the numbers of new refund fraud victims. But new schemes keep popping up all across the country. "ID thieves are growing in sophistication," warned Internal Revenue Service Commissioner Charles Rettig on a call with the news media last week. The IRS touted a 19-percent decline in the number of reported identity theft ...

The best spinner luggage for your next trip

Business class was that silent and spacious sanctuary for the well-heeled, but as flights creep back, this once-exclusive haven is being invaded by the masses.

Taking the kids: Let's hear it for Moms

Let’s hear it for moms!

Go away with ... Jasika Nicole

The last Hollywood event that “Punky Brewster” actress Jasika Nicole attended was the 2020 Golden Globes. But Nicole said she doesn’t feel secluded at home. “I feel very fortunate that (my spouse and I) have made such a lovely, comfortable home for ourselves,” said the Los Angeles-based actress, whose work includes “The Good Doctor,” “Scandal” and “Law & Order: Criminal Intent.” “It has been a particularly big blessing during this pandemic, because my partner and I have our own spaces to work in, so we don’t feel like we are always underfoot and in the way of each other. Plus, we have outdoor spaces, so we don’t always feel so cooped up. Unexpectedly, the pandemic made us re-discover our home and appreciate it for new reasons.” Nicole stays in touch with her fans on Instagram (@jasikaistrycurious).

The battle to resume cruising in US heats up

As the cruise industry and its fans press for a restart of cruising in the U.S., two Democratic lawmakers are urging the Centers for Disease Control & Prevention to stick to its guns on the order that halted cruises.

What COVID-Era Travel Changes Are Likely Here to Stay?

The COVID-19 pandemic changed the way the world works, eats, communicates and, yes, how it travels. Over the course of the last year, we’ve seen a myriad of changes in… 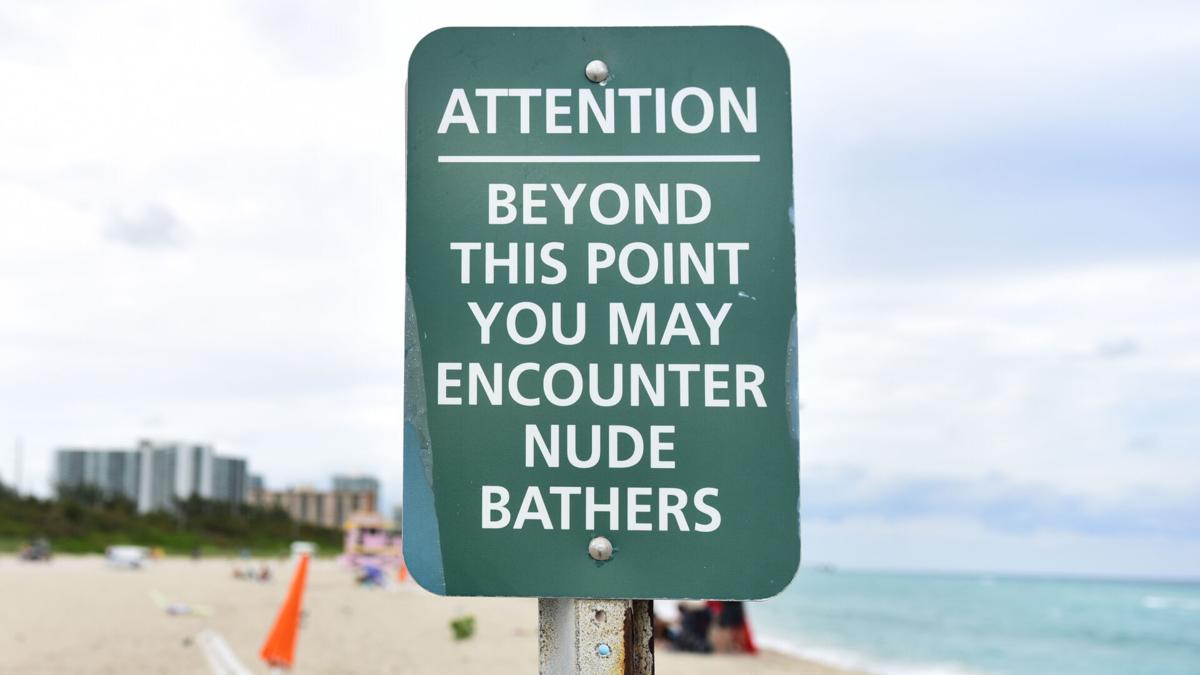 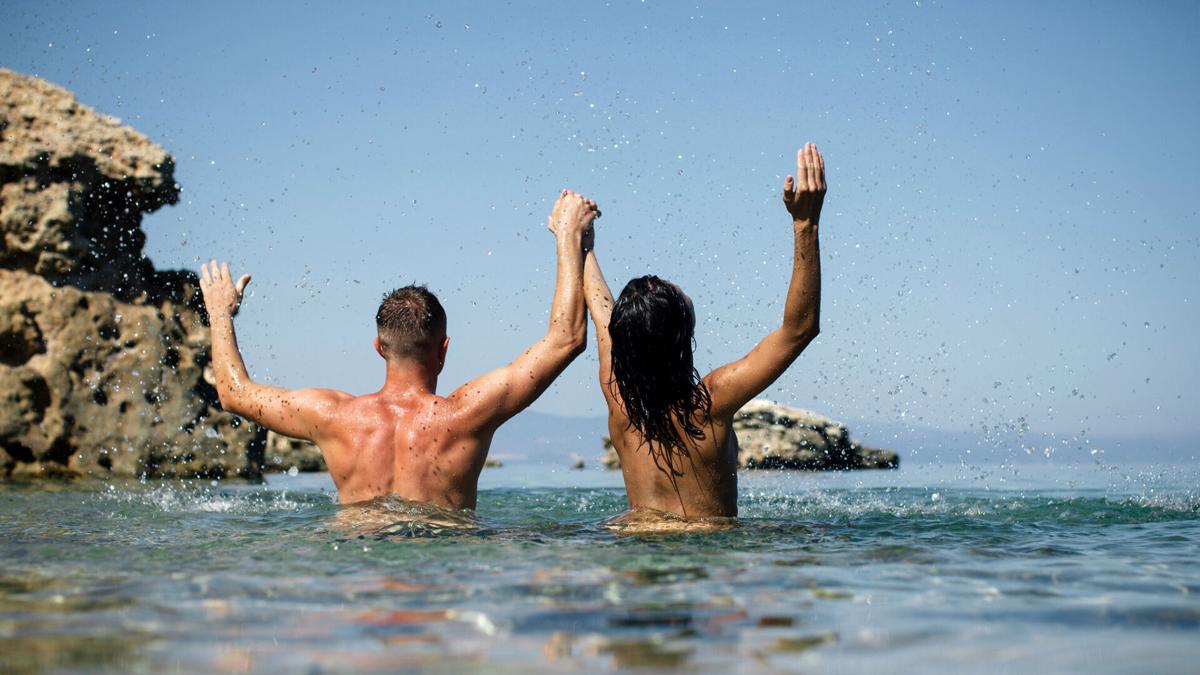