Weather and climate disasters in the U.S. have taken more than 500 lives and cost more than $100 billion so far this year, according to the National Oceanic and Atmospheric Association.

In the first nine months of 2021, the U.S. has already faced 18 disasters that have cost more than $1 billion each, according to a report from NOAA's National Centers for Environmental Information.

This is the seventh consecutive year the nation has had more than 10 disasters totaling more than $1 billion.

September alone brought "devastating impacts from four of the 18 disasters: flooding from Hurricane Ida, landfall of Hurricane Nicholas, and ongoing drought and wildfires tormenting communities in the West," NOAA said.

This is "more than twice the number of fatalities than from all the events that occurred in 2020," the report says.

"Total losses due to property and infrastructure damage is up to $104.8 billion so far — eclipsing $100.2 billion incurred last year (adjusted for 2021 inflation)," the report says.

Hurricane Ida has been the costliest disaster so far this year, and the final price tag is still unknown as claims are continuing to rise.

So far, Ida has exceeded $60 billion, ranking it as one of the top five most costly U.S. hurricanes on record.

Ida not only brought devastation to the Gulf Coast, but then caused catastrophic flooding to parts of the Northeast on September 1.

September was one of the warmest on record.

"The average September temperature across the contiguous U.S. was 67.8 degrees F — 3.0 degrees above the 20th-century average — making it the fifth-warmest September in the 127-year climate record," says the report. Colorado and Rhode Island had its third warmest September on record.

"Precipitation was above average across portions of the Northwest, Southwest, northern and central Plains and from the central Gulf Coast to New England," says the report.

Pennsylvania had its seventh-wettest September while Massachusetts ranked eighth wettest, mainly because of rain received by Ida's remnants.

Precipitation was below average across much of the northern Rockies, Deep South and Midwest, according to the report. Oklahoma had its ninth-driest September on record.

By the end of September, about 47.8 percent of the contiguous US was in drought.

"Drought conditions expanded or intensified across portions of the Midwest and central Plains and rapidly developed across the southern Plains during the second half of September," says the report.

The drought in the West has led to an active wildfire season across the region.

As firefighters battled in September in California's Sequoia National Park, four famous trees were not harmed by a wildfire that reached the edge of Giant Forest.

Get the daily forecast and severe weather alerts in your inbox!

Rivers in the sky have led to landslides blocking roads, rivers inundating towns and, in one case, returning an old lake bed back into a lake.

Blizzard warning in Hawaii? Meanwhile, it hasn't snowed in Denver yet

Hawaii has flood watches and blizzard warnings in effect while Denver, Colo., is still waiting for its first snowfall of the season, breaking a record.

Now that hurricane season is over, could future ones see more storms rapidly intensify?

More research is showing storms are growing stronger faster, a trend that will challenge coastal cities’ ability to safely move residents out of danger.

The West Coast of Canada is known for wet autumn weather, but the recent storm in British Columbia’s Fraser Valley was one for the record books.

Ask the Weather Guys: How does weather affect snow making?

A combination of a low temperature and a low humidity is the best atmospheric condition for snow making as it yields the driest snow.

Rain fell on Greenland's summit instead of snow for the first time on record in August. A study says that may be the norm in just four or five decades.

Atlantic hurricane season more costly than record-breaking one in 2020

Australians are bracing for a wet and windy summer Down Under for a second year in a row as a La Nina weather event has formed in the Pacific Ocean.

The start of the busy season for sunspots means more opportunities to see the splendor of the northern and southern lights. 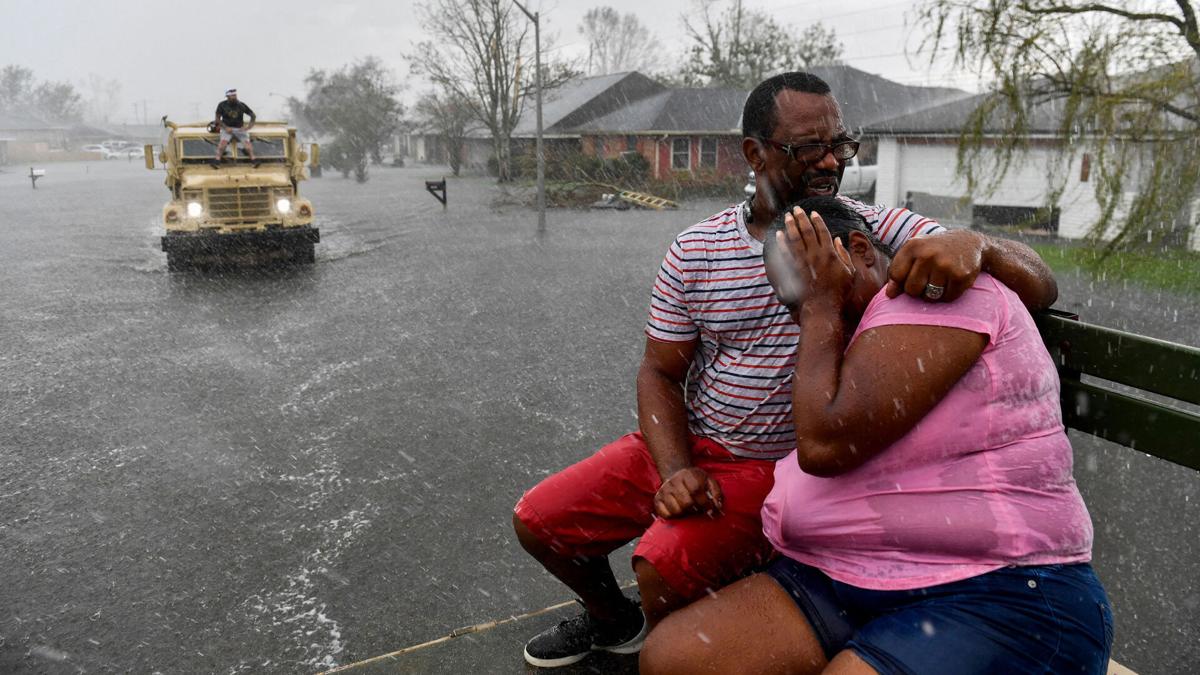 People are shown here reacting as a sudden rain shower soaks them with water while riding out of a flooded neighborhood in a volunteer high-water truck evacuating people from homes after neighborhoods flooded in LaPlace, Louisiana, in August in the aftermath of Hurricane Ida. 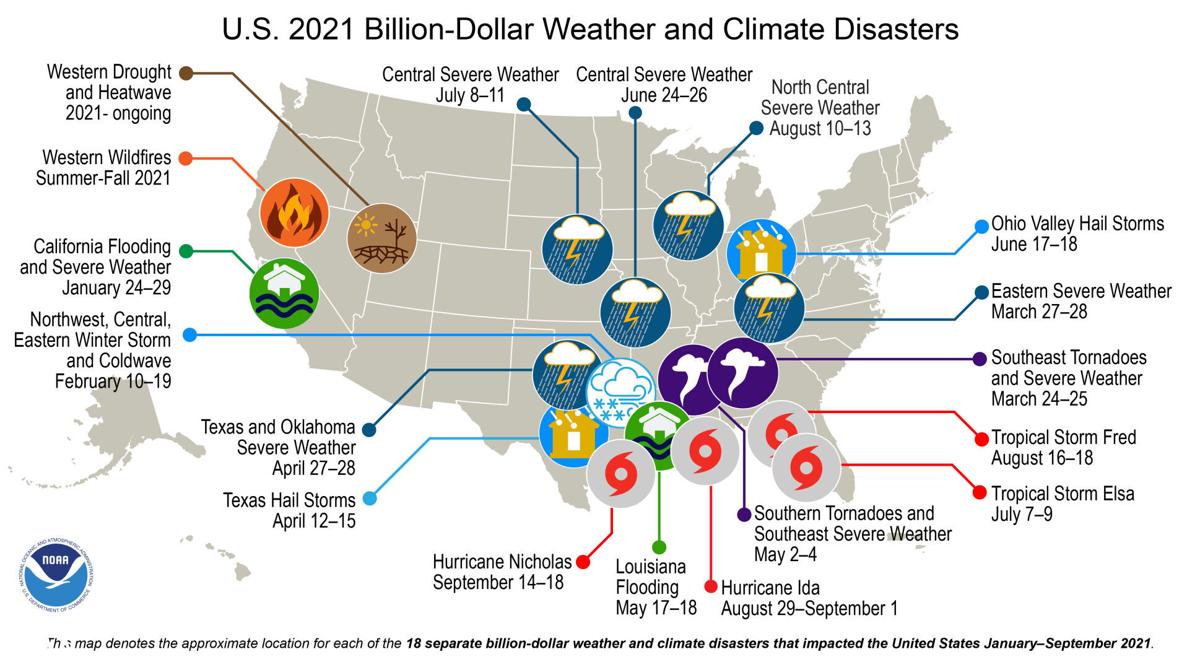 Weather and climate disasters in the U.S. have taken more than 500 lives and cost more than $100 billion so far this year, according to the National Oceanic and Atmospheric Association.